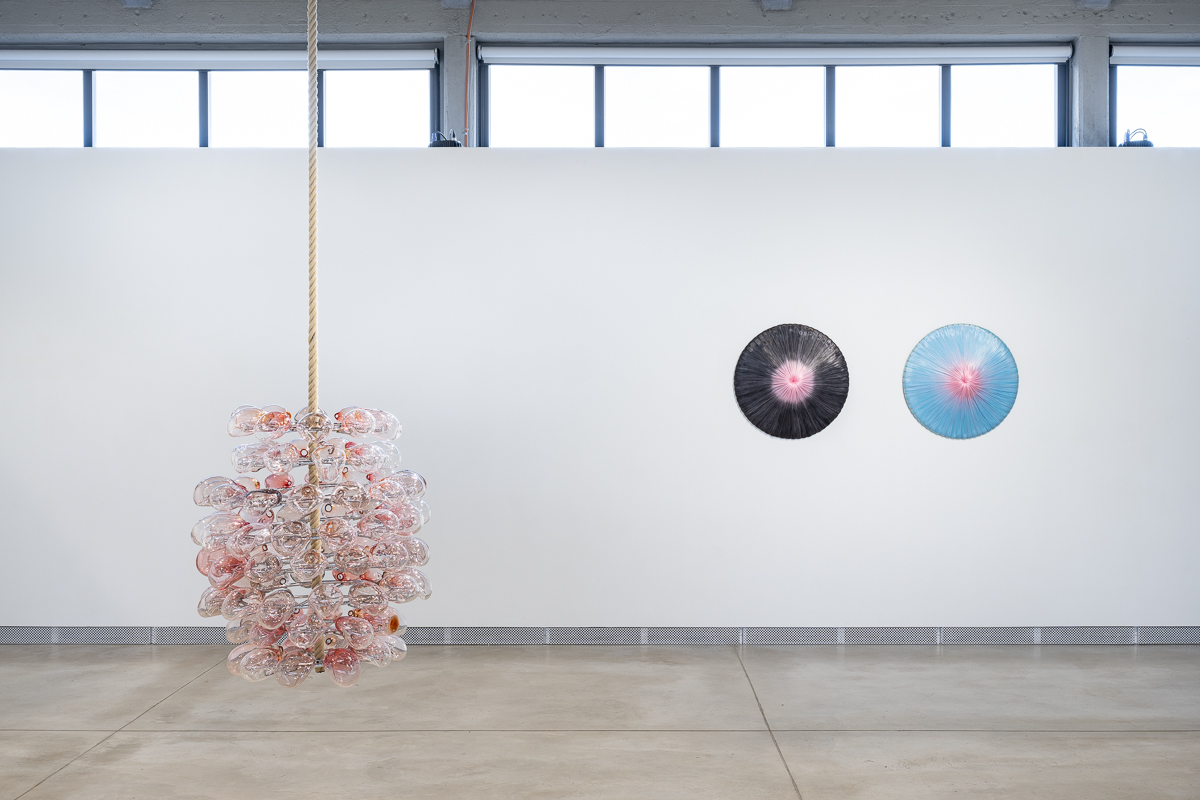 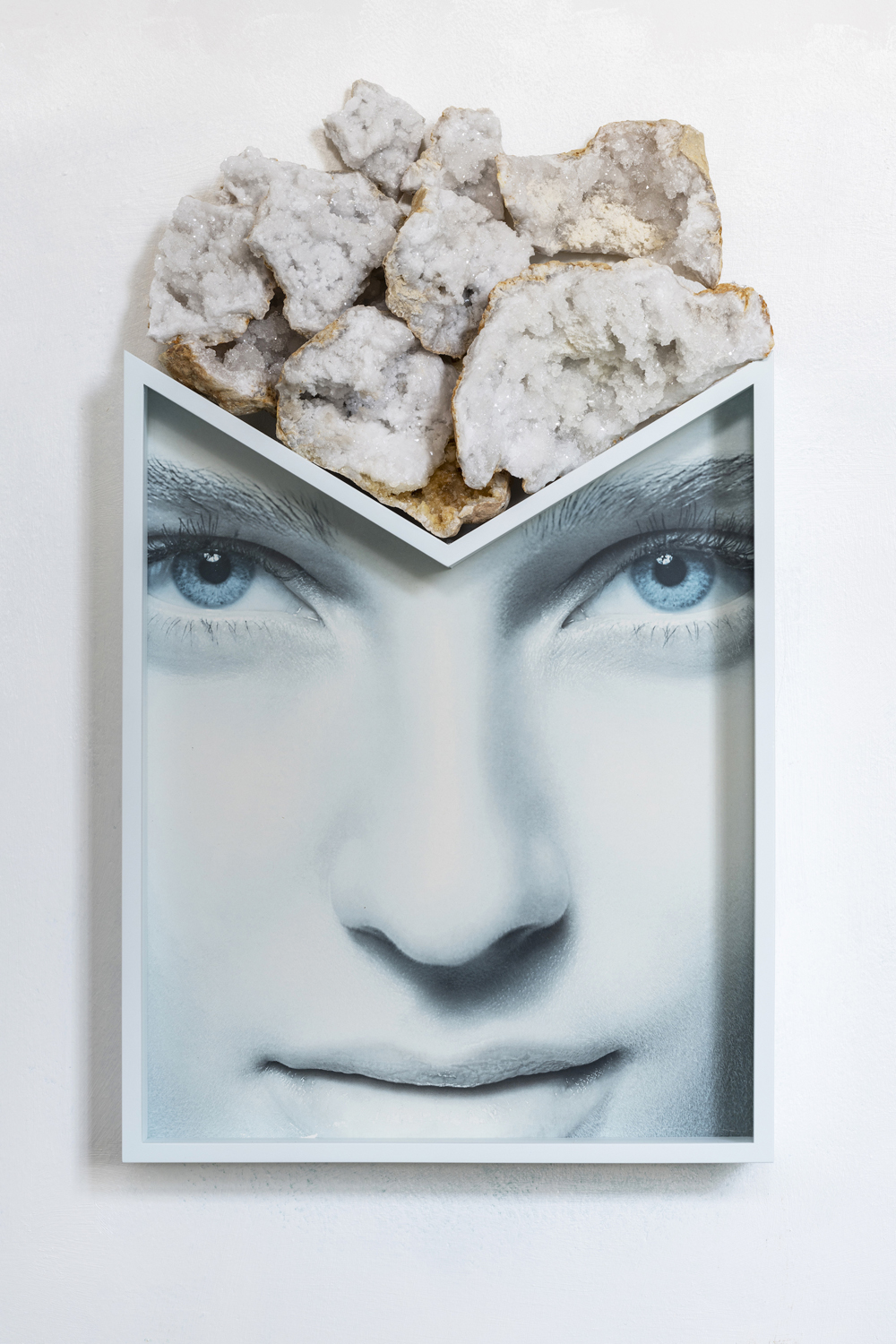 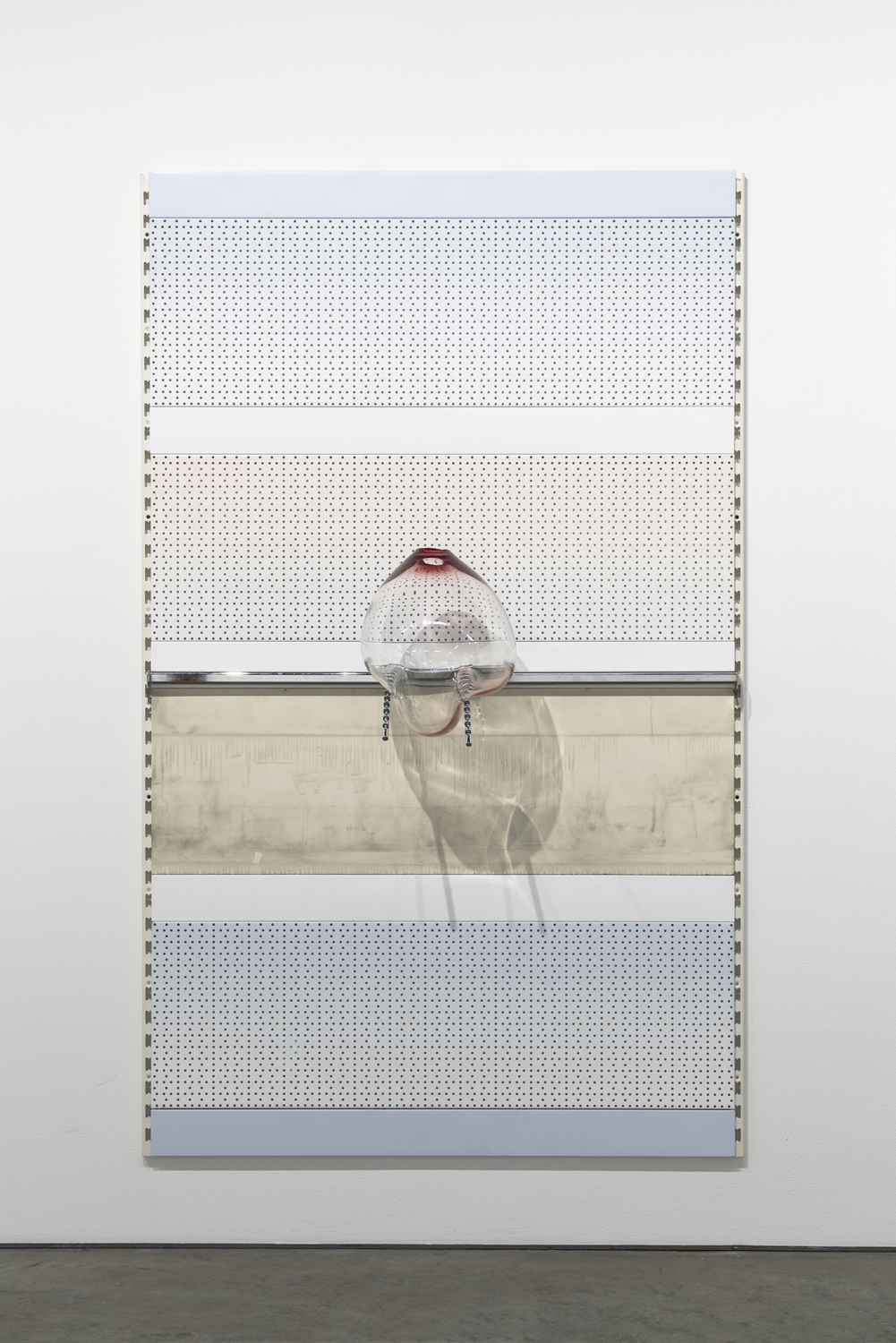 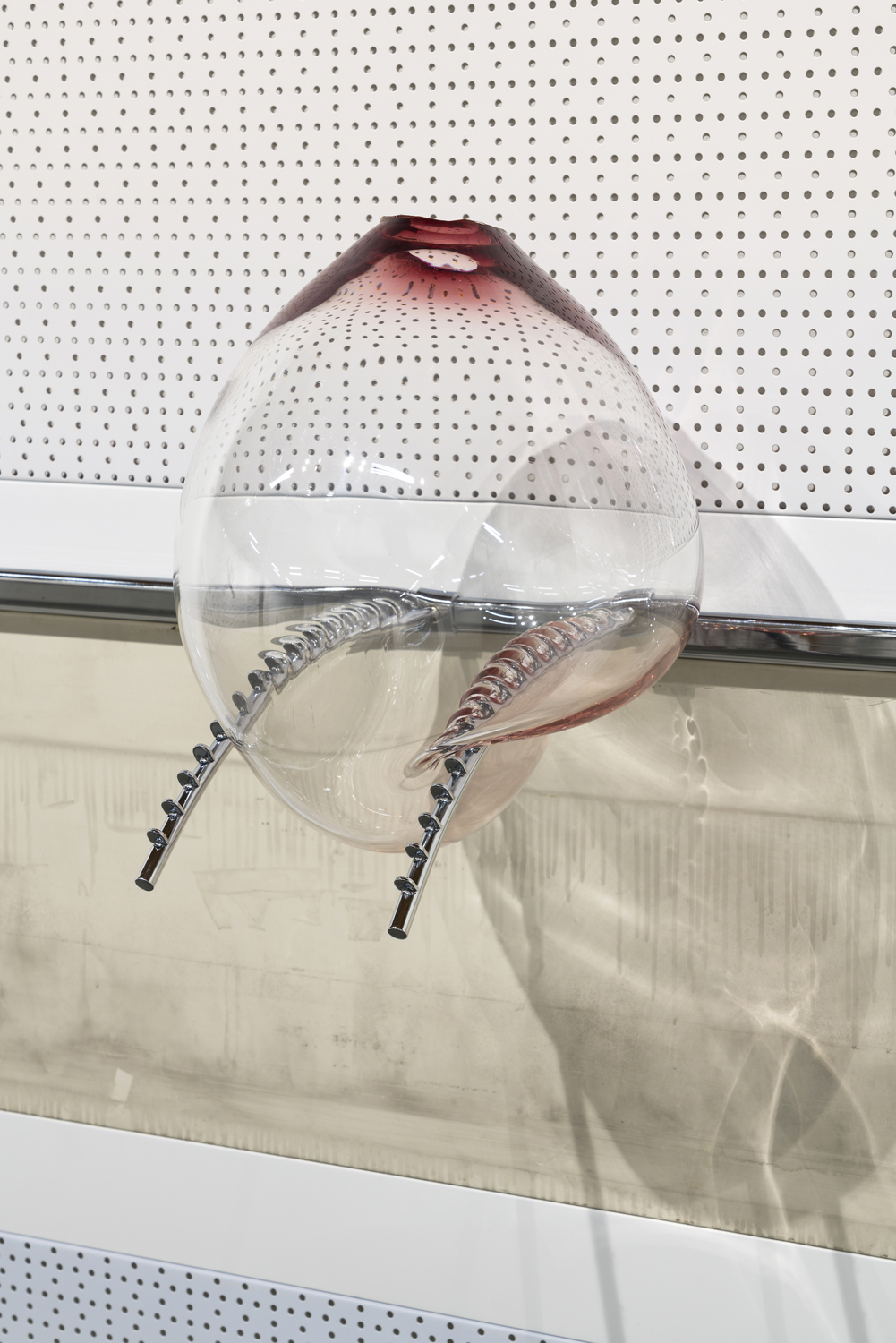 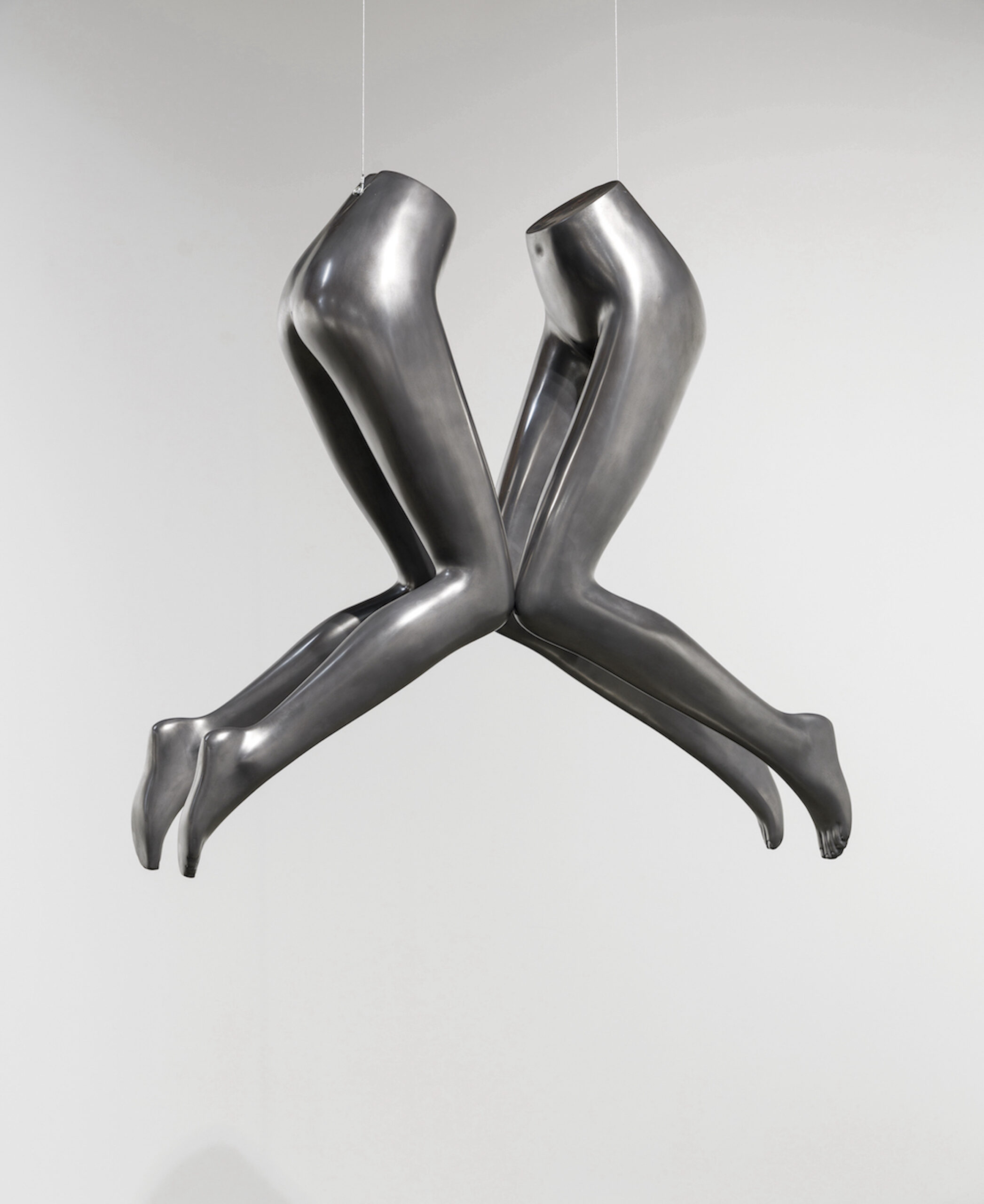 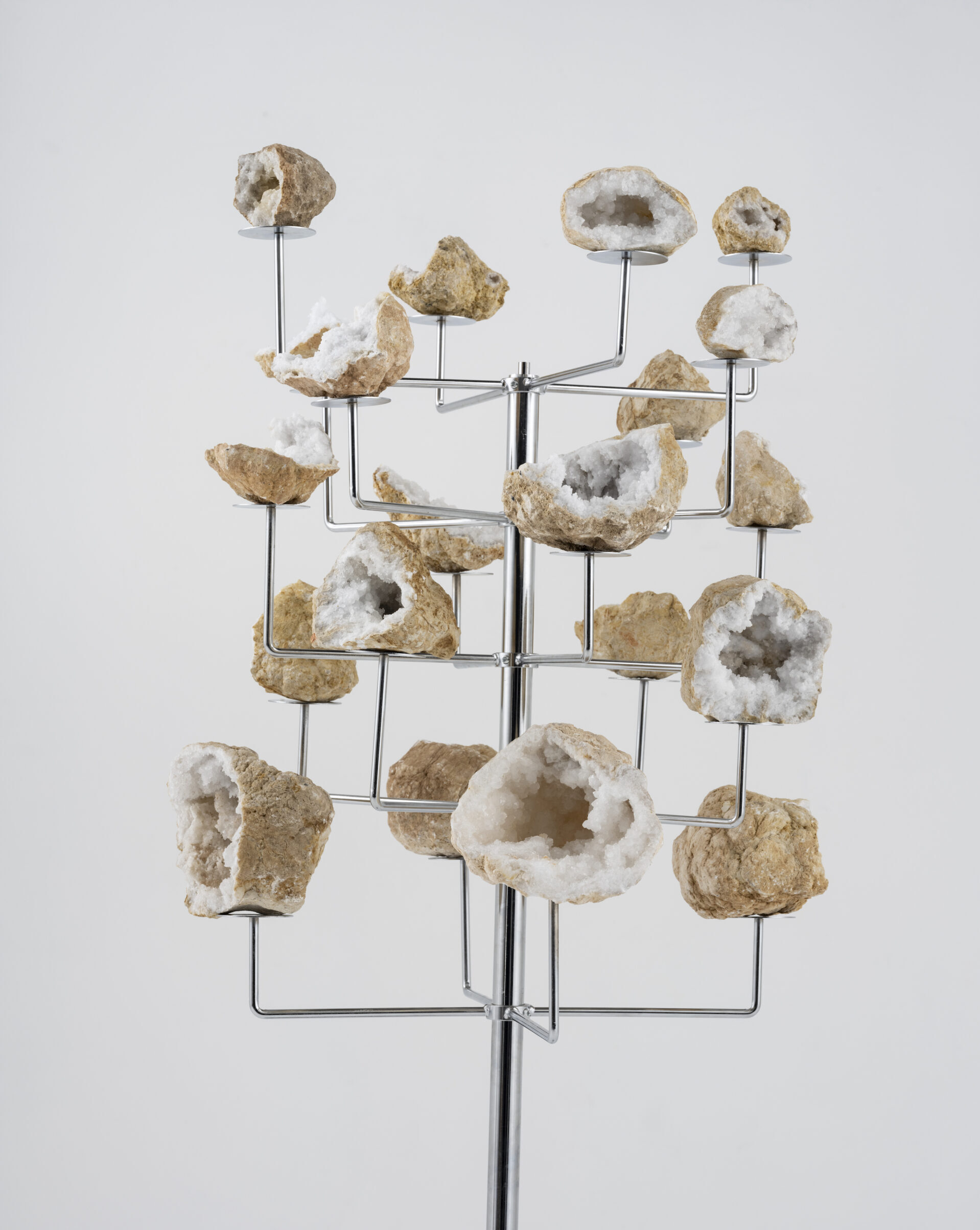 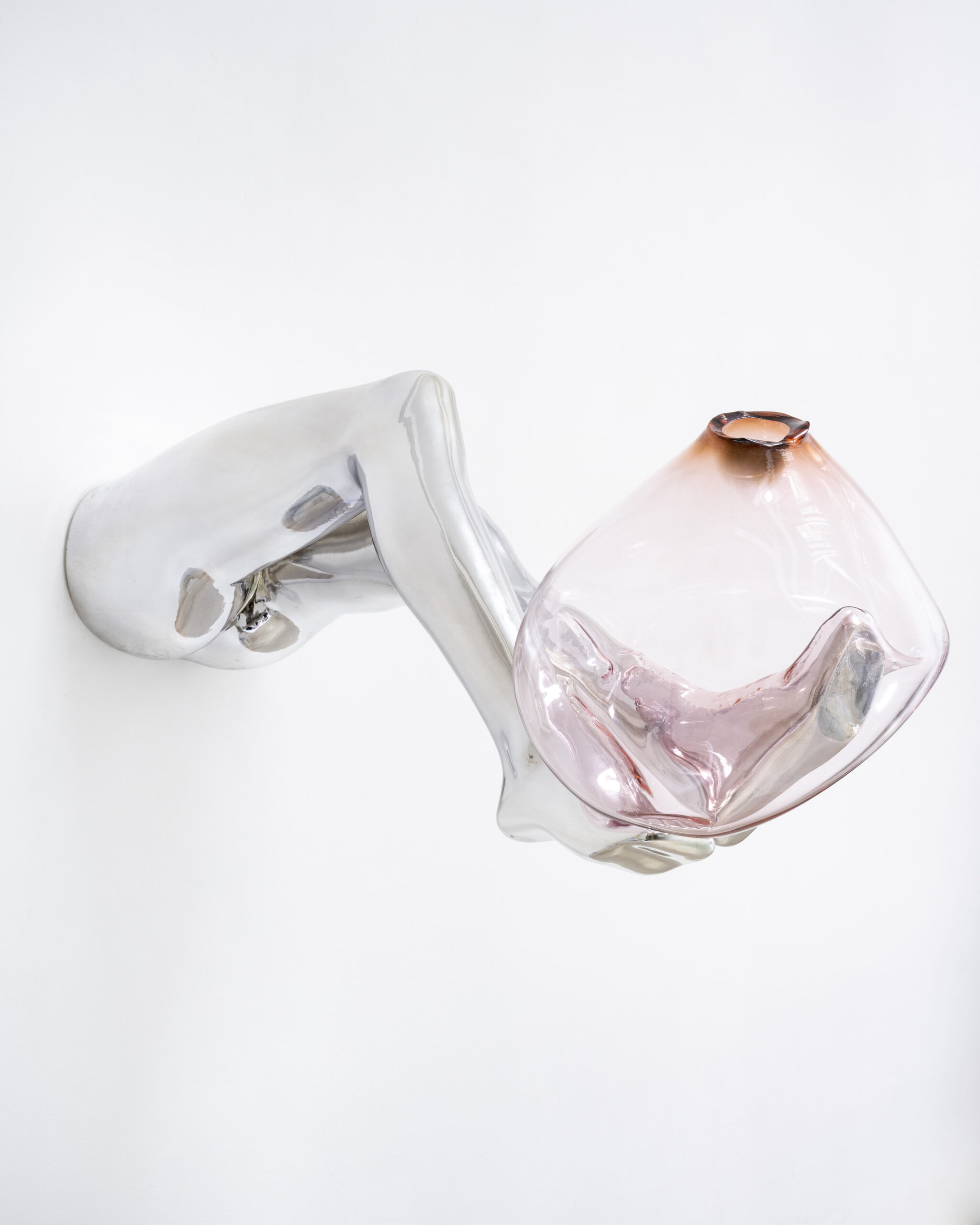 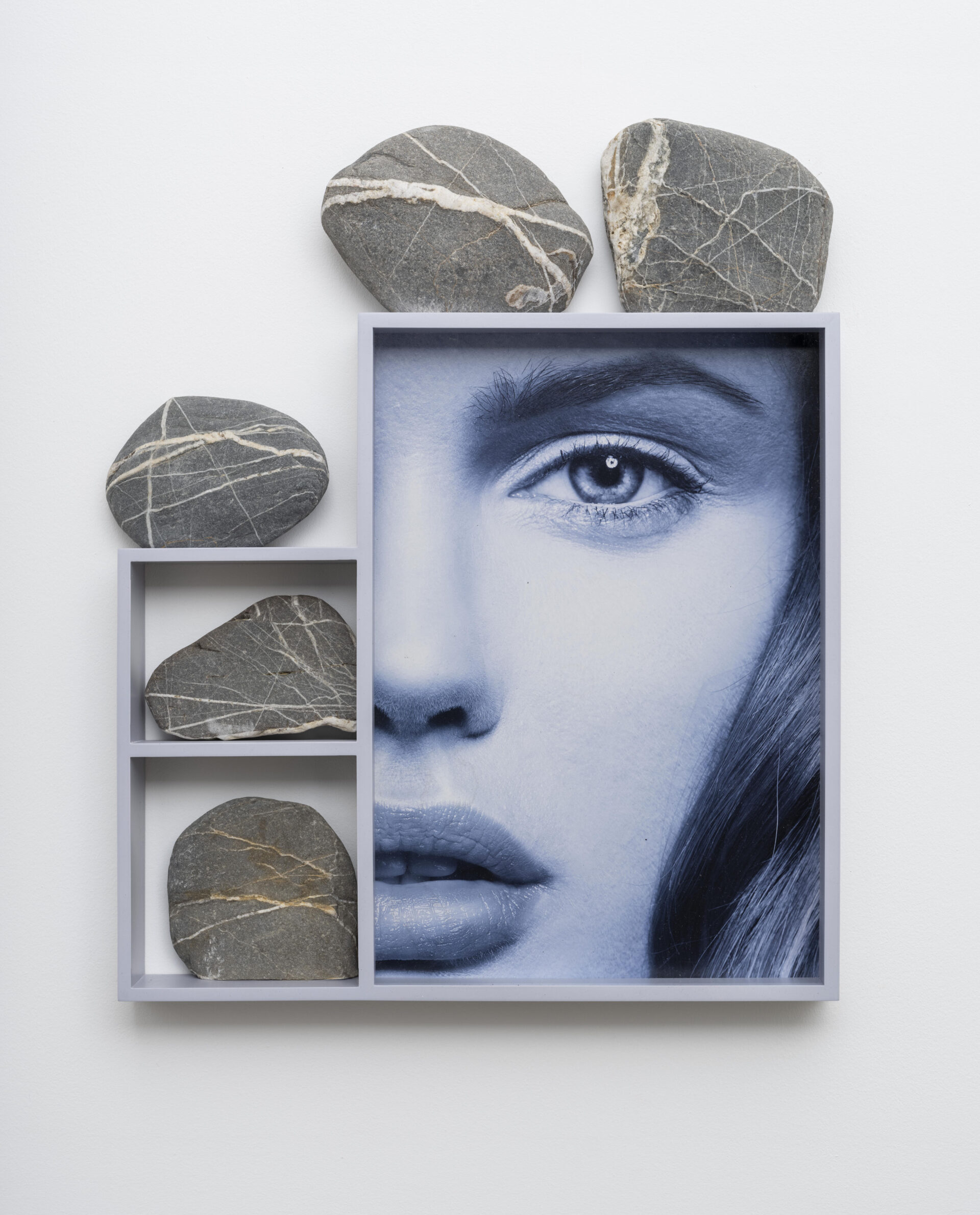 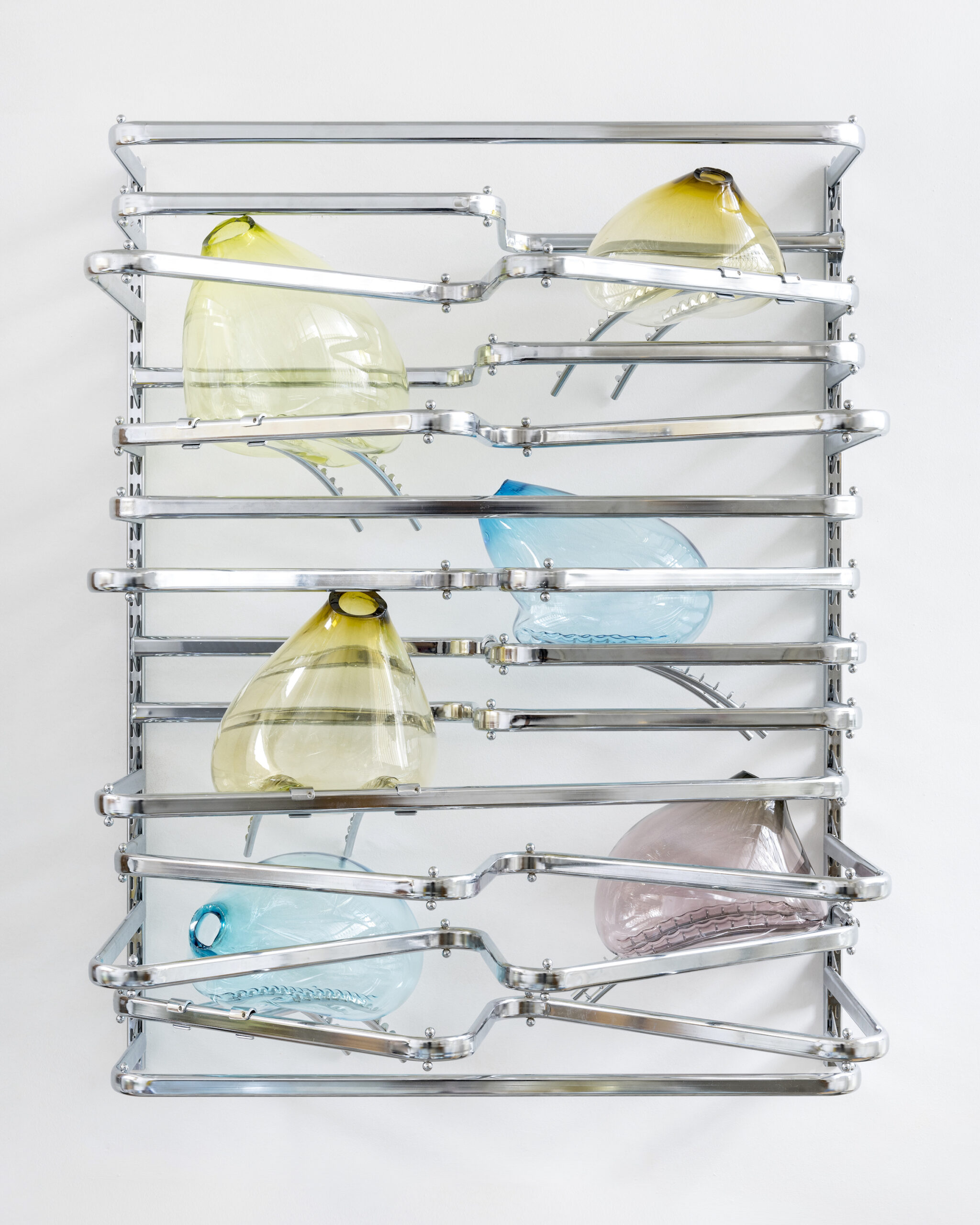 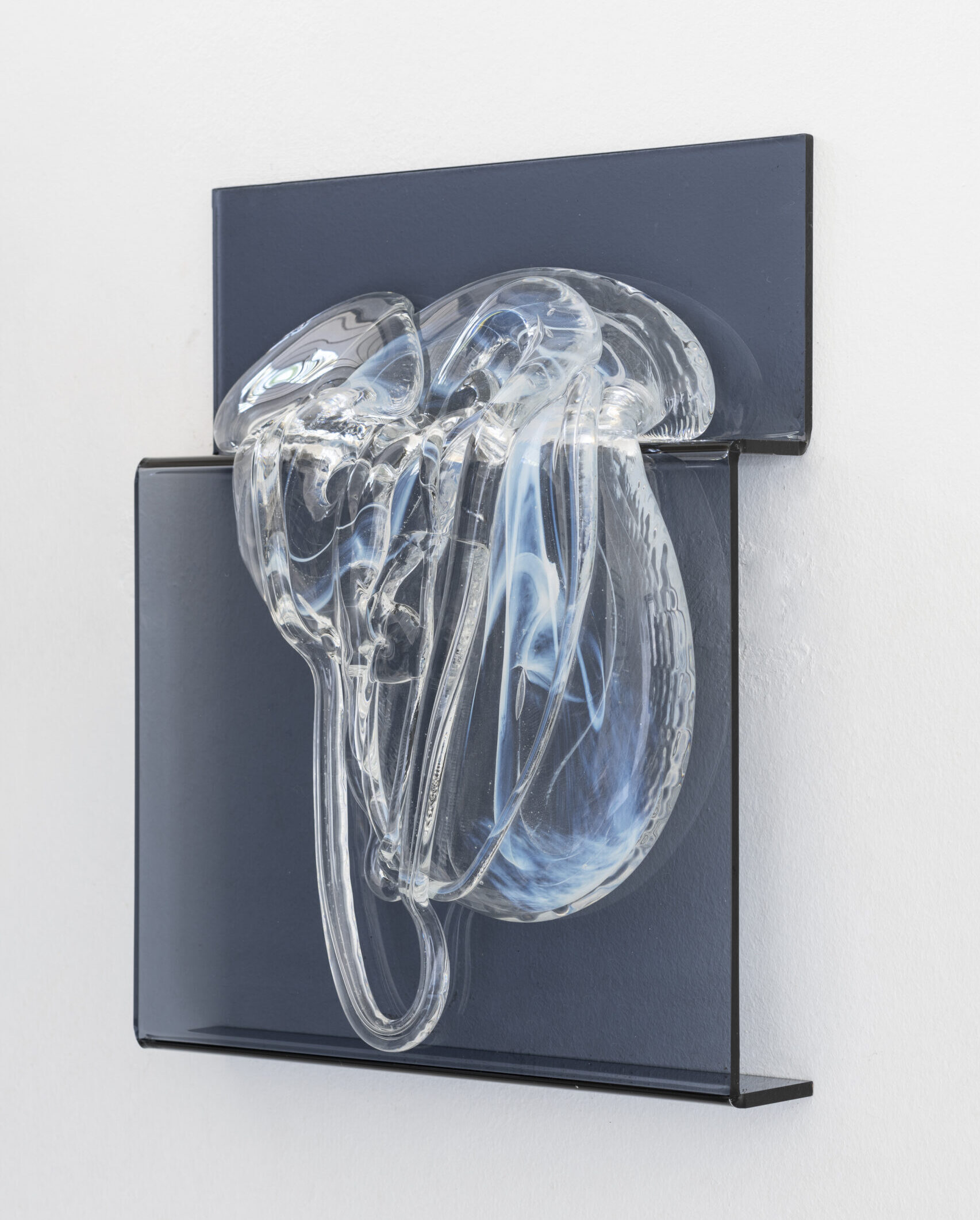 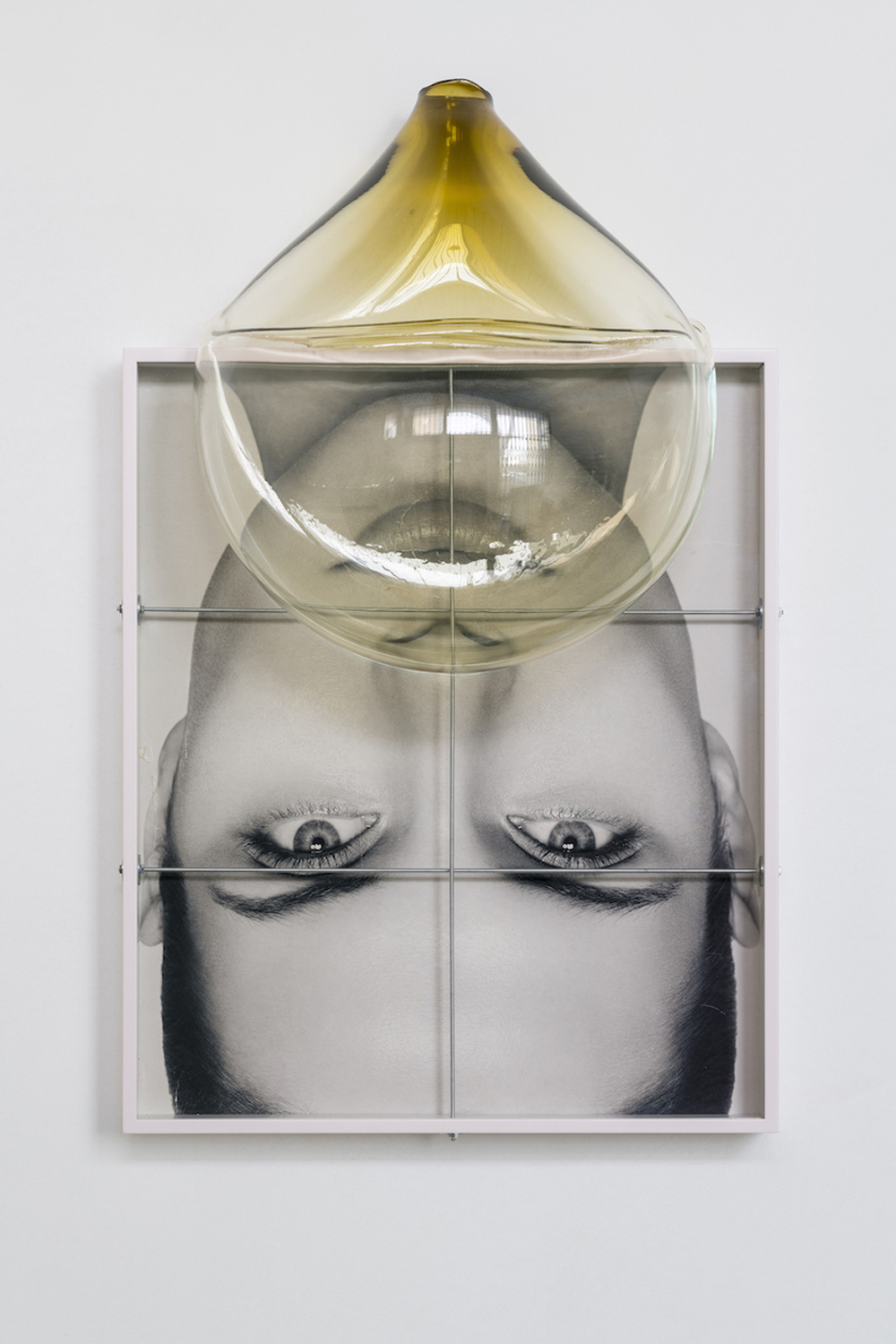 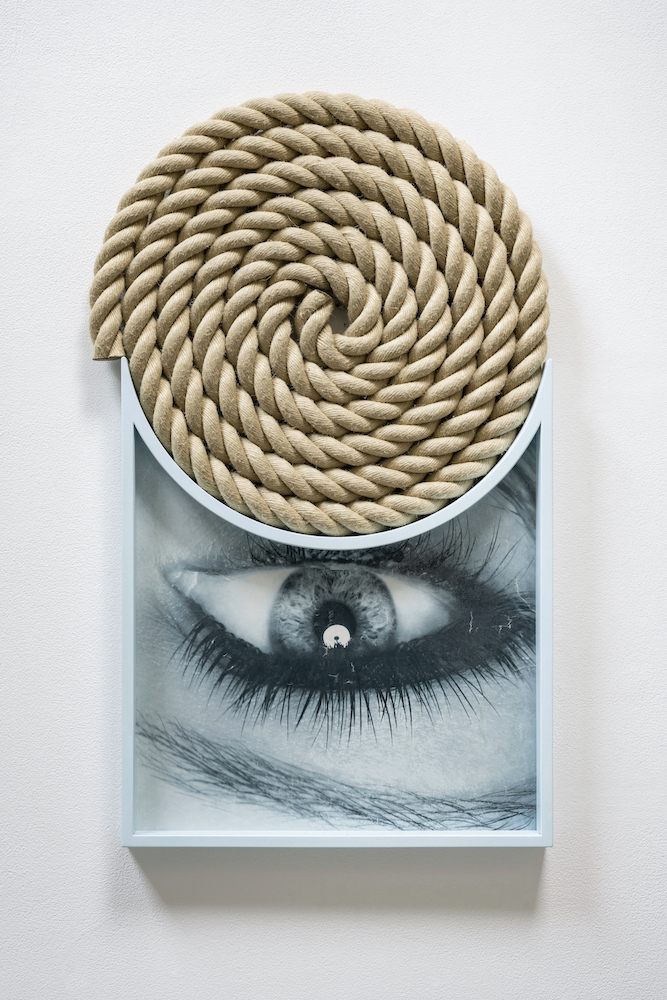 Gabriele Beveridge employs the language and imagery of commercial beauty advertising in her practice. By isolating, layering, and deconstructing found objects from the cosmetic industry such as editorial photos, retail display fixtures, and semi-precious stones, Beveridge is able to recontextualize the conventional staging of attraction and desire. Her visual strategies function less as a means of dismantling beauty conventions than of exaggerating them to a point where they are made alien, triggering a blurring of the alluring and the unfamiliar. Beveridge appropriates retail imagery and architecture as ready-made material, finding aged beauty advertisements washed out by the sun and draping her own hand-blown glass orbs over them. In this way, she initiates a tangible communion between found image and object, bestowing a layer of fragility on the commanding gaze of the ad models. The airbrushed allure of the beauty shop poster is thus rendered both sublime and contemplative through its own glamour and excess. Beveridge’s works possess a captivating strangeness, as she manipulates the advertising language and dreamy, flawless aesthetics of the commercial beauty industry into a depersonalised, faintly recognizable distortion of itself.

Lives and works in London, UK