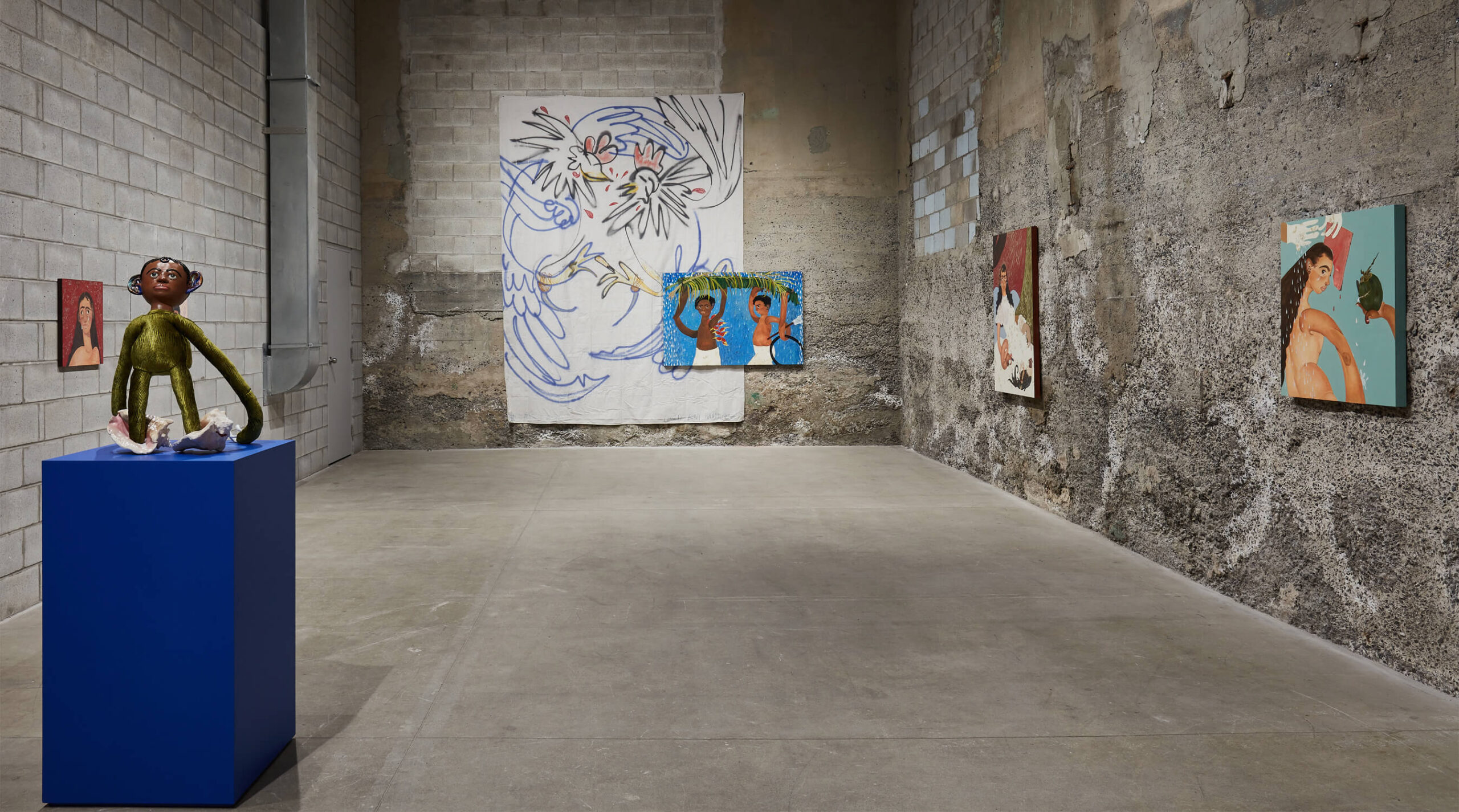 Bradley Ertaskiran is thrilled to present Noblesse Oblige, a solo exhibition by Bony Ramirez. This exhibition explores an ever-growing family of multifaceted figures that have come to form the basis of Ramirez’s practice. These figures appear as if they could expand and contract at will through their extended limbs, voluminous bodies and various appendages. Their gender is at times fluid and the artist equips them with colourful ears and poignant eyes. They are at once mythic and ordinary beings that the artist has culled from his personal history and myriad influences to be ensconced in the realm of portraiture.

Ramirez’s rural upbringing in the Dominican Republic, his first encounters with catholic imagery, his deep interest in sources as varied as Italian mannerists, baroque interiors, and children’s illustrations reverberate within and around these fictional characters. These heavily stylized beings are combined with flat acrylic grounds and oil pastel line drawings, and surrounded or outfitted with fabric, wallpaper and knives. If each figure appears to be inserted into a changing theatre of symbolic surroundings and backdrops, it is the artist’s technique that renders this possible. Just as elements that will eventually make their way into his works are found throughout the artist’s studio, multiple bodies on paper are being worked out and developed separately in oil stick and coloured pencil. These are ultimately adhered onto the prepared panels and combined with various symbols and appendages around and upon them.

The title piece for the exhibition, Noblesse Oblige, perhaps best alludes to the multifaceted nature of Ramirez’s work. A (presumably) female figure stands with her back to the viewer on a non-descript soft yellow ground, her long hair just grazing her buttocks. Knives appear to have been thrown at her, one has landed square in her back. It is difficult not to read this as an analogy to exotism. A literal and violent representation of how marginalized bodies are violated by those in positions of power. Yet, there is no bend in her stance, no blood, no trace. She is totemic and unflinching in her pose. The artist refers to his characters as everyday royalty and sees them as having the gift (or the duty) of benevolence, in N.O. something bounces back for the viewer: strength and determinacy. 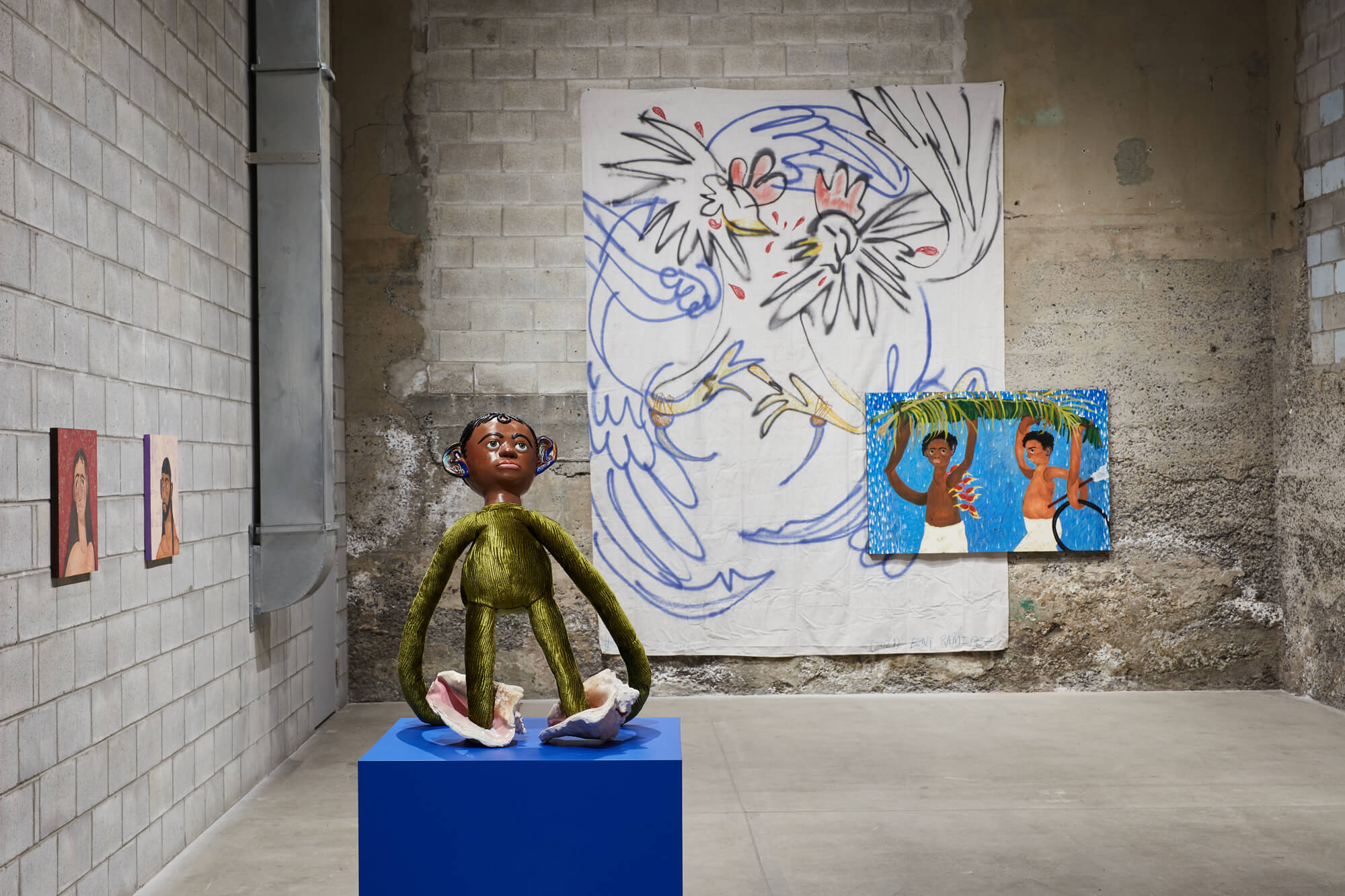 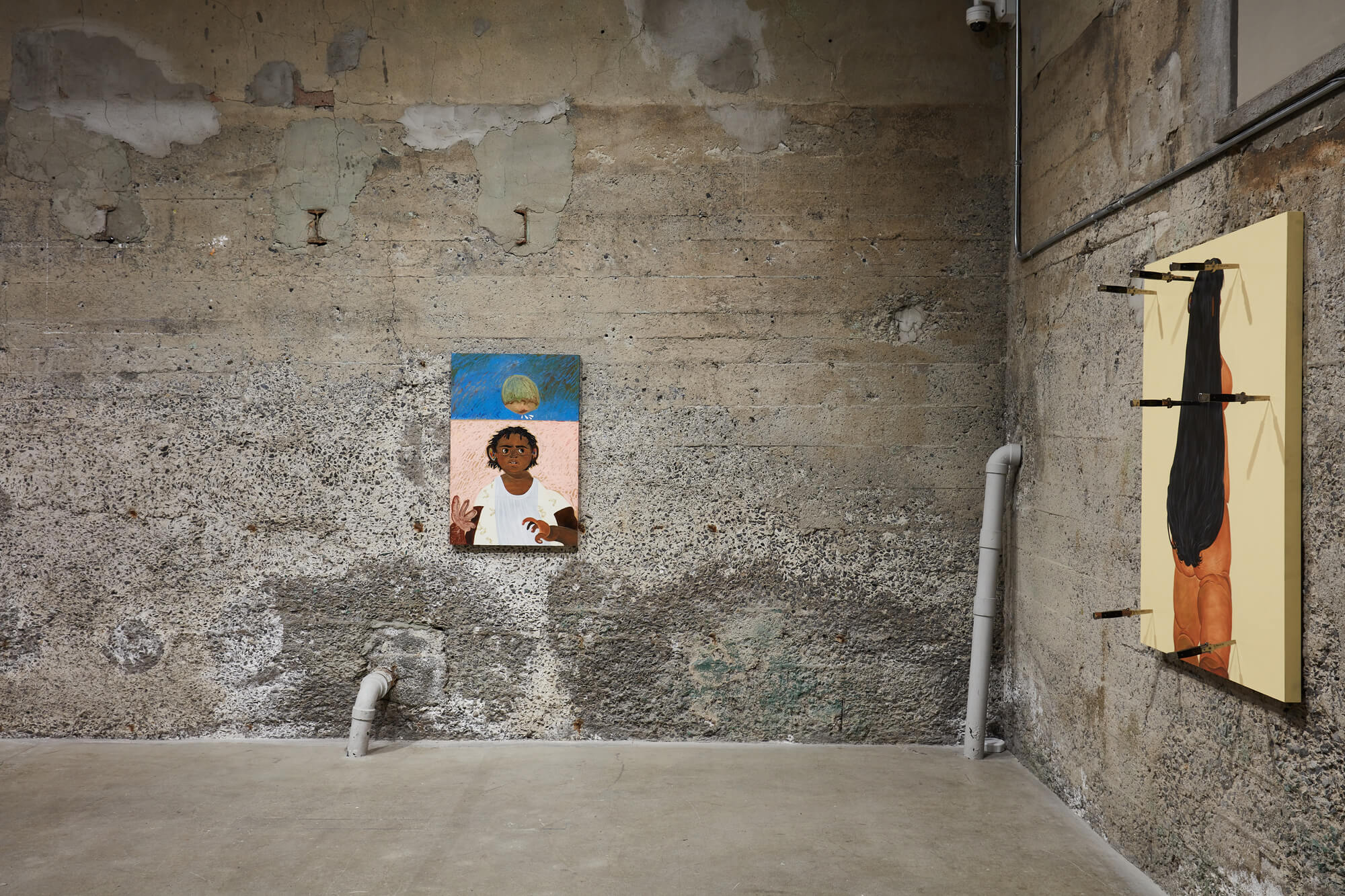 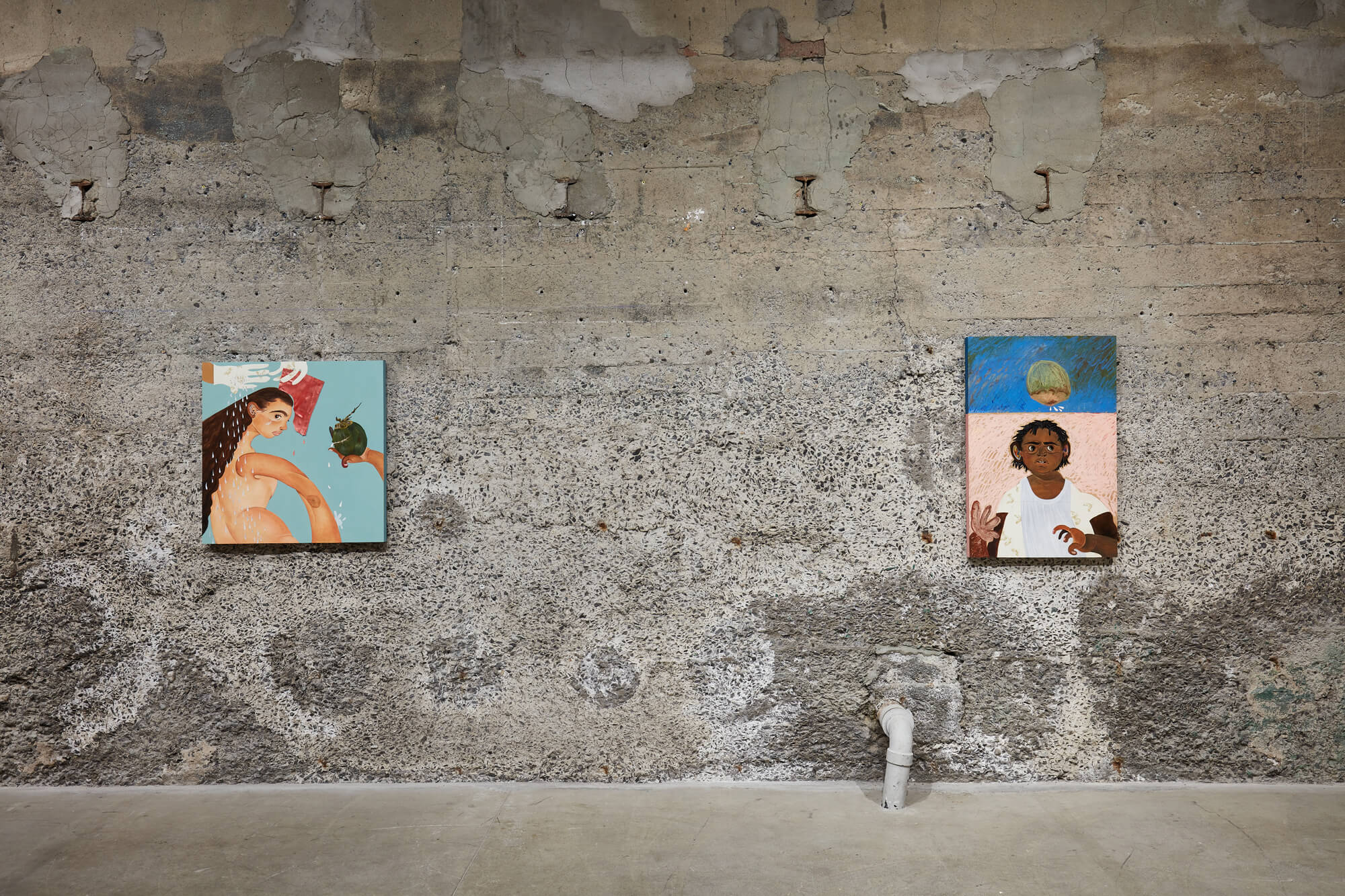 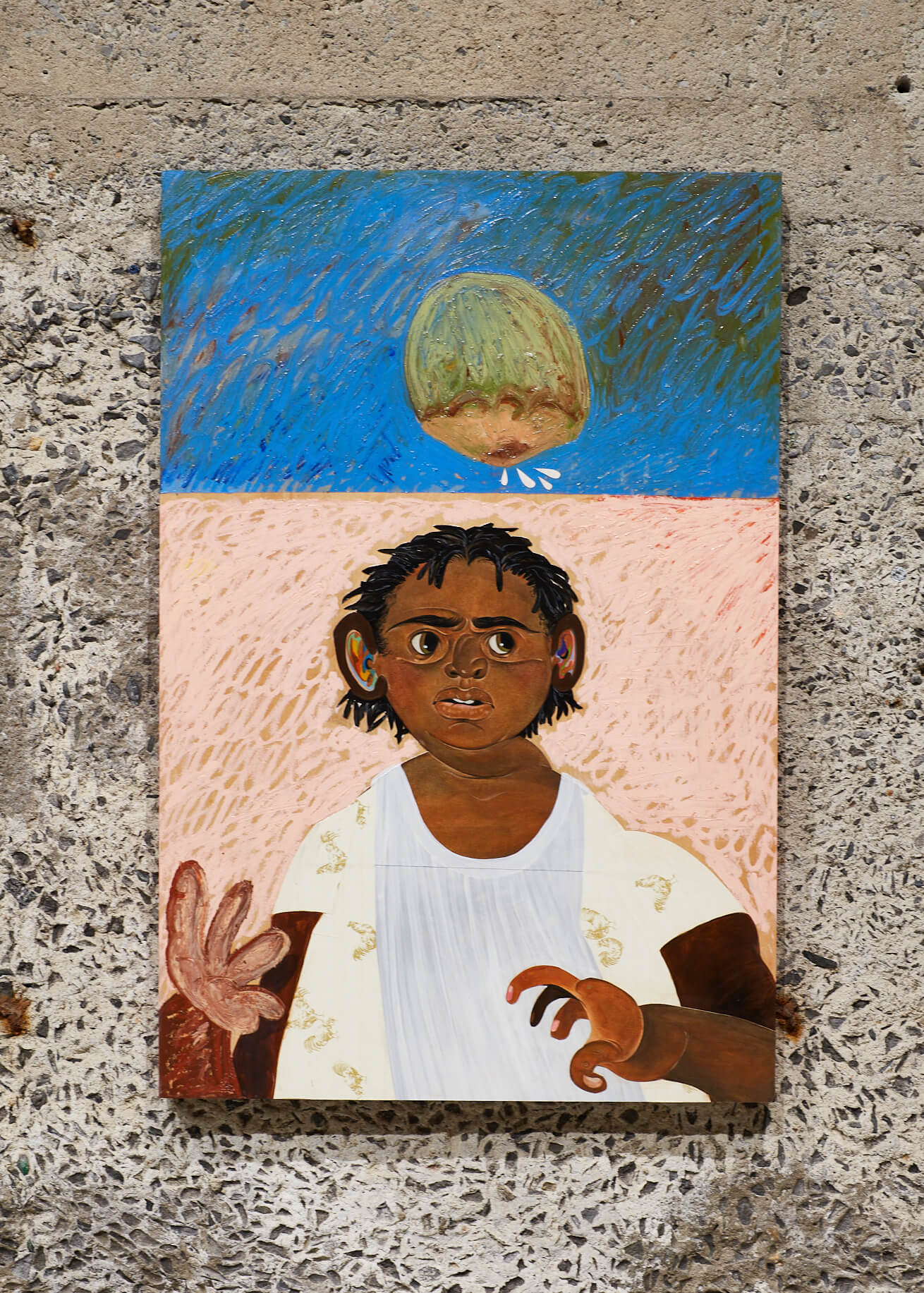 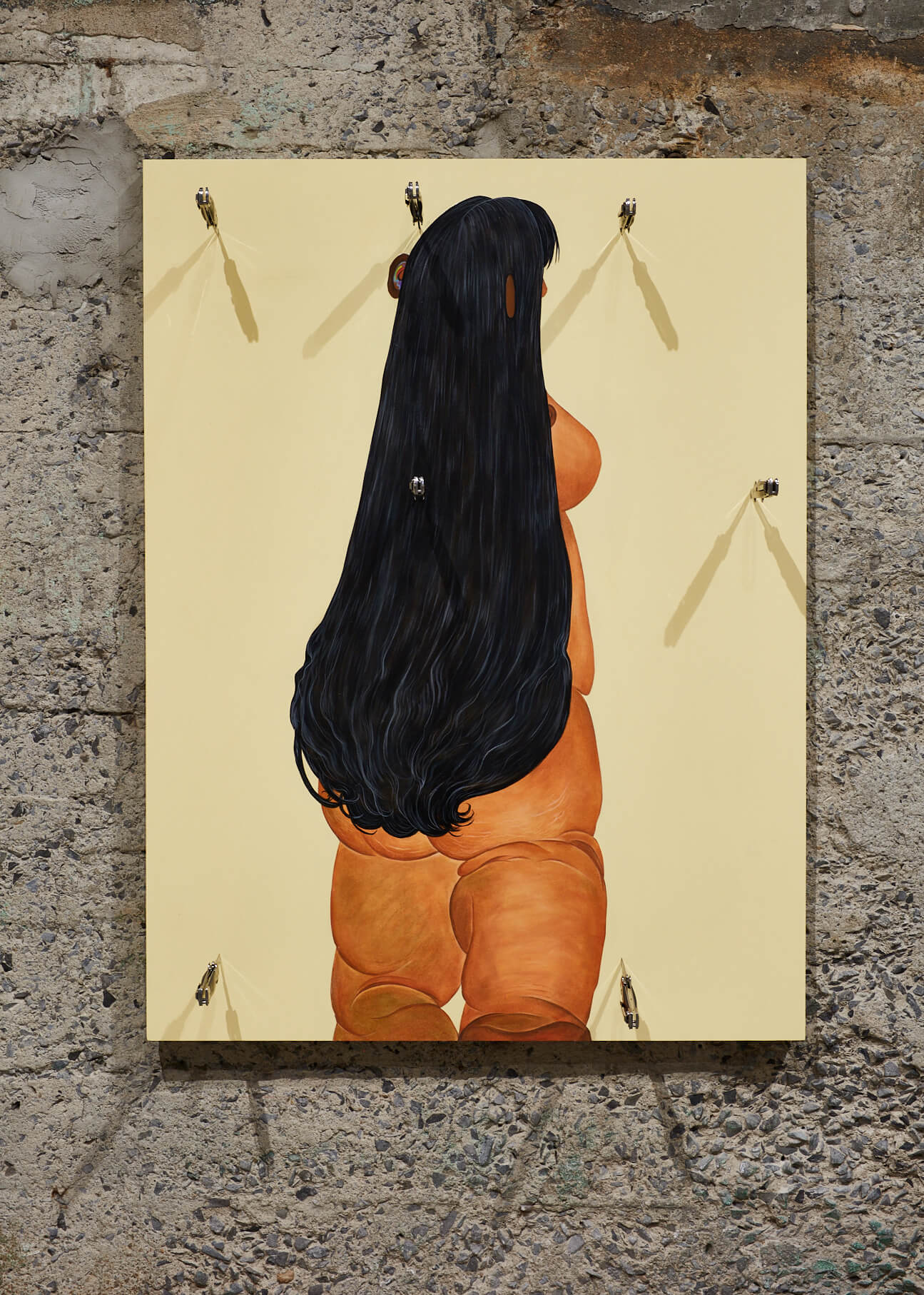 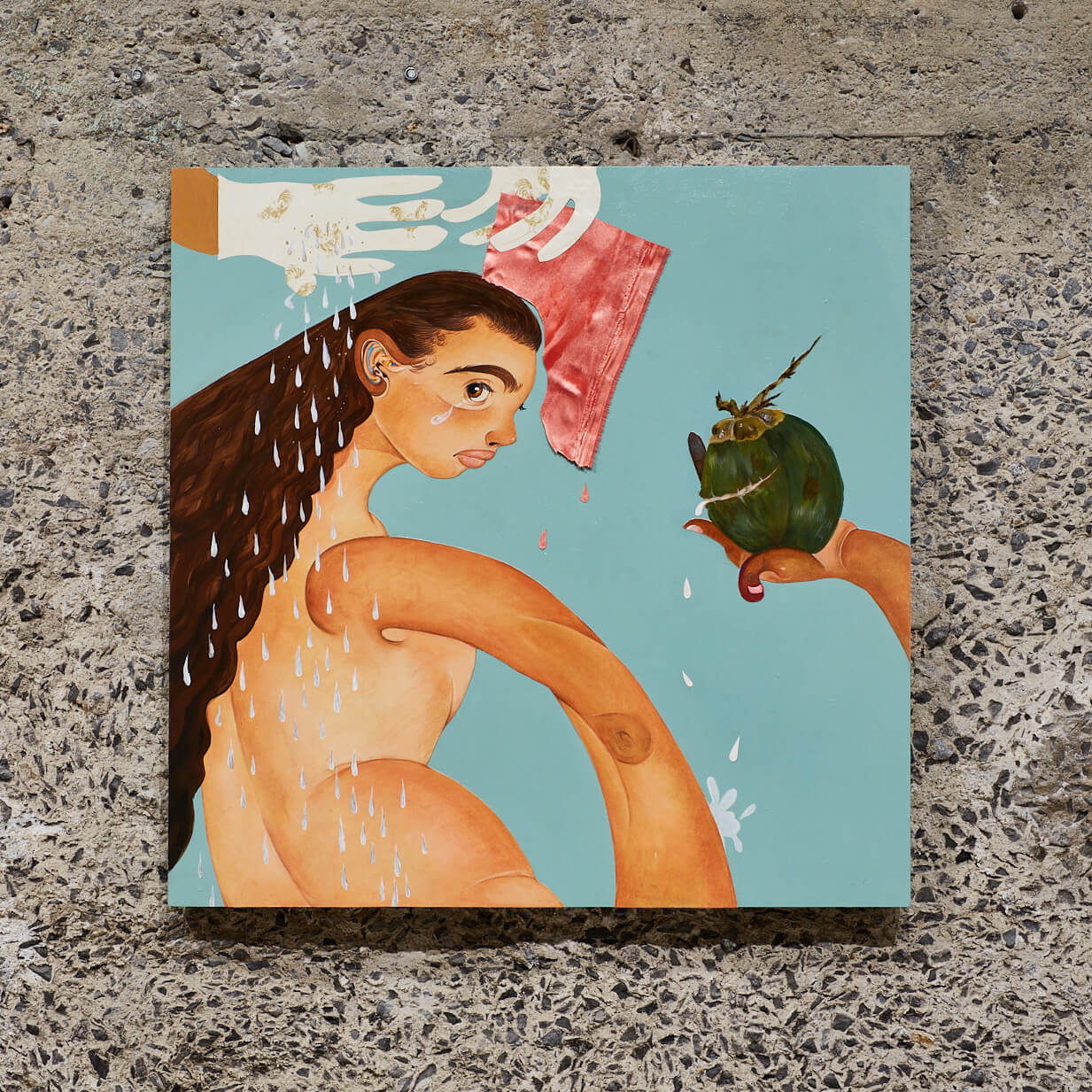 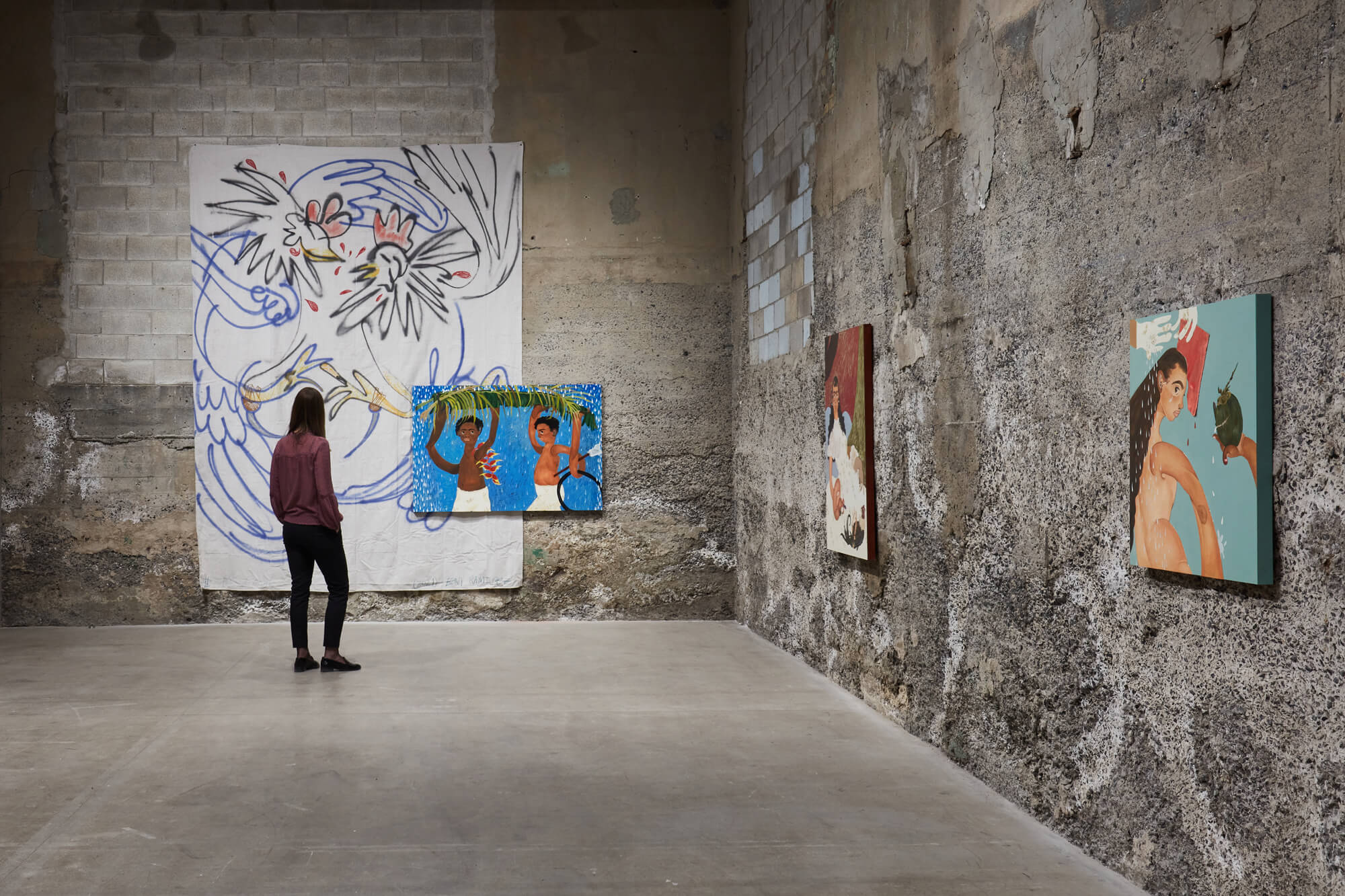 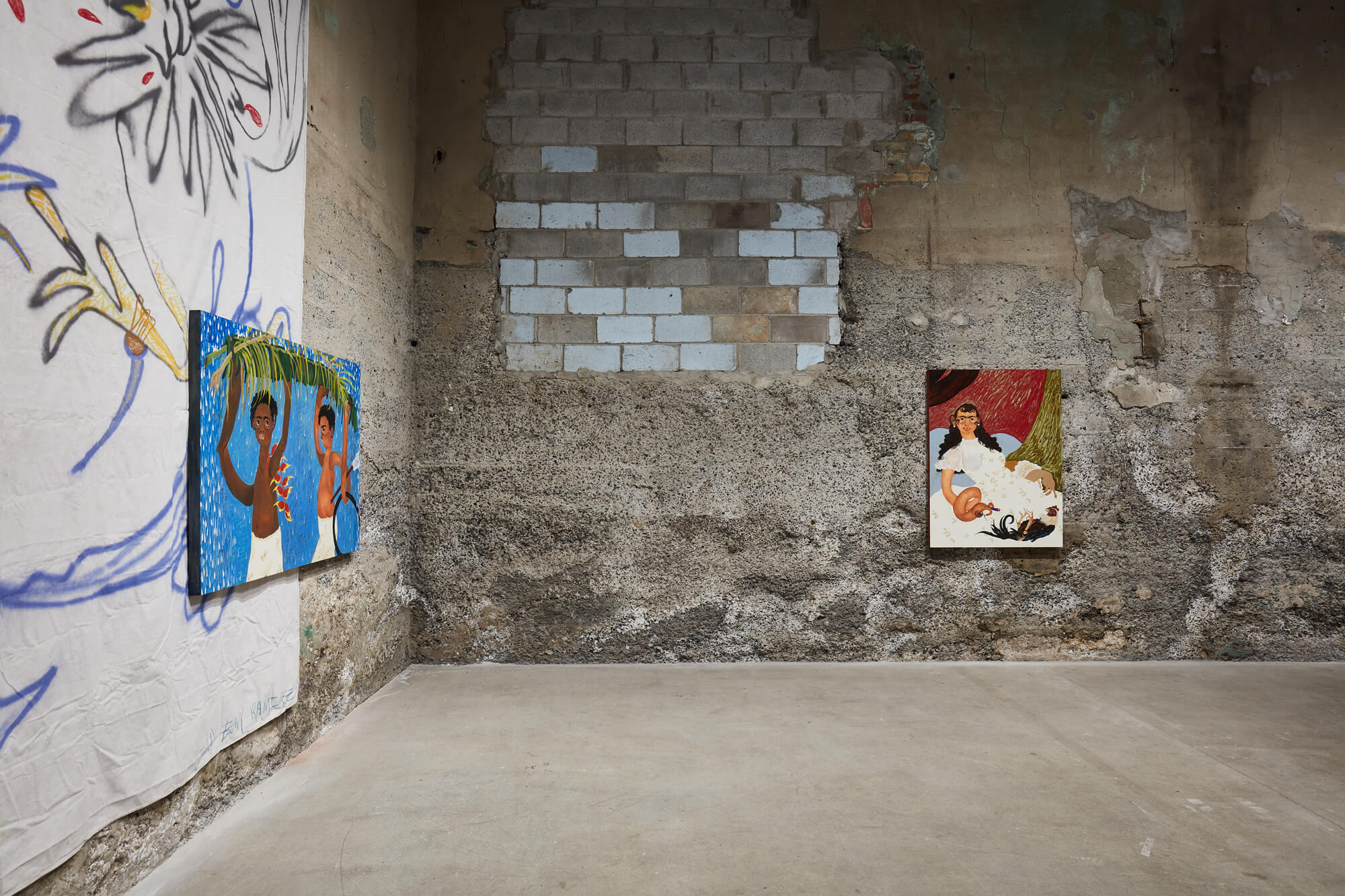 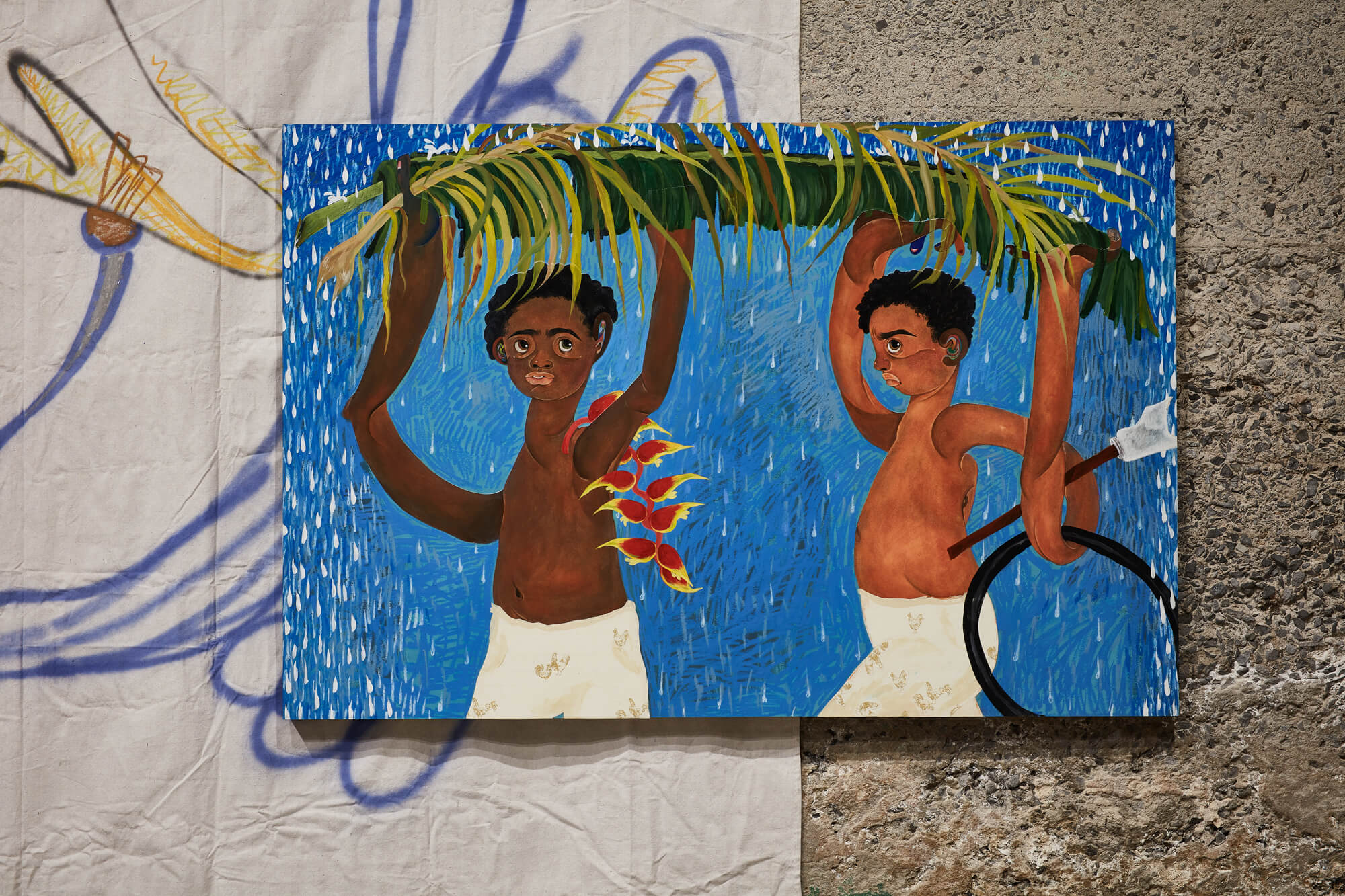 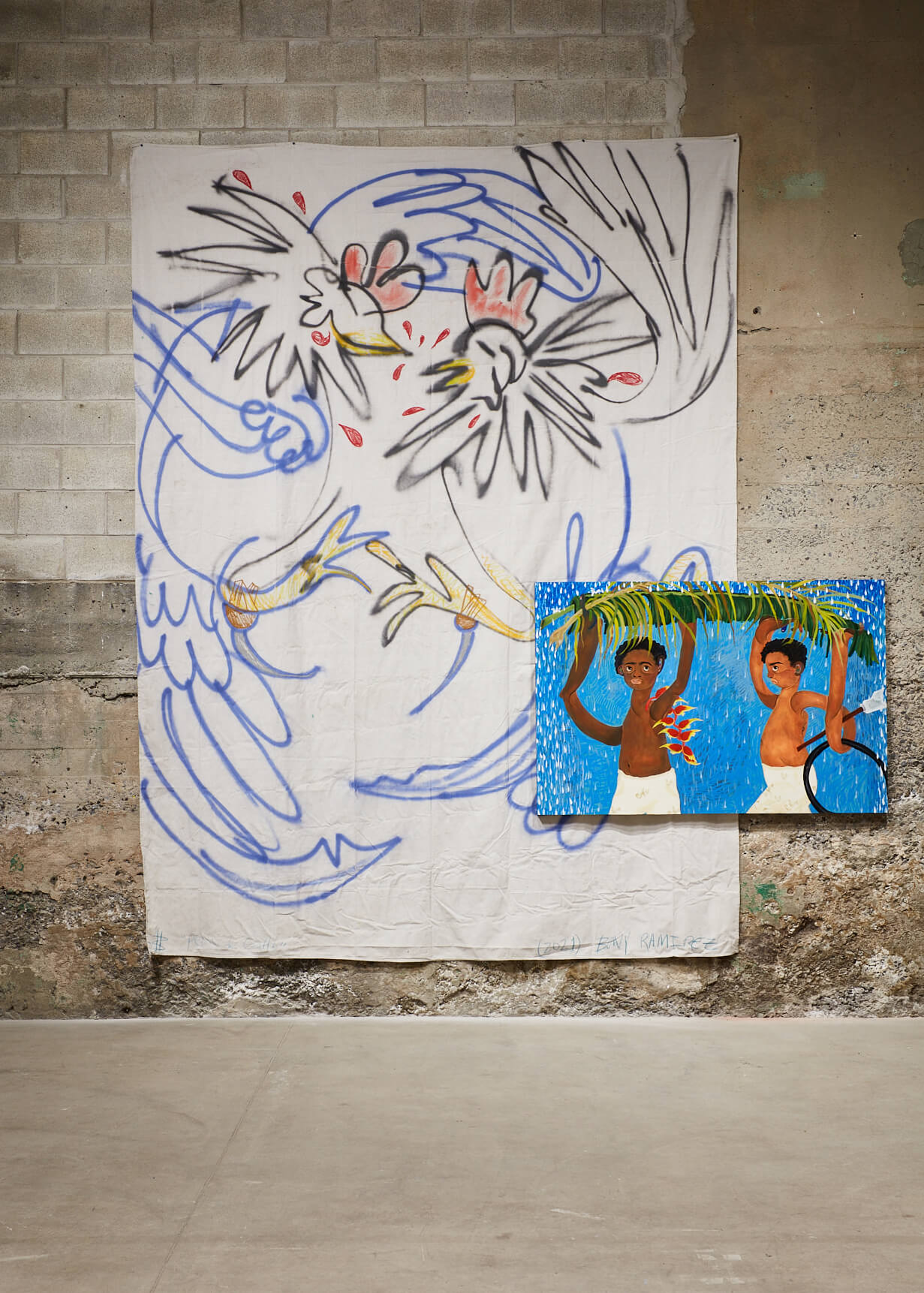 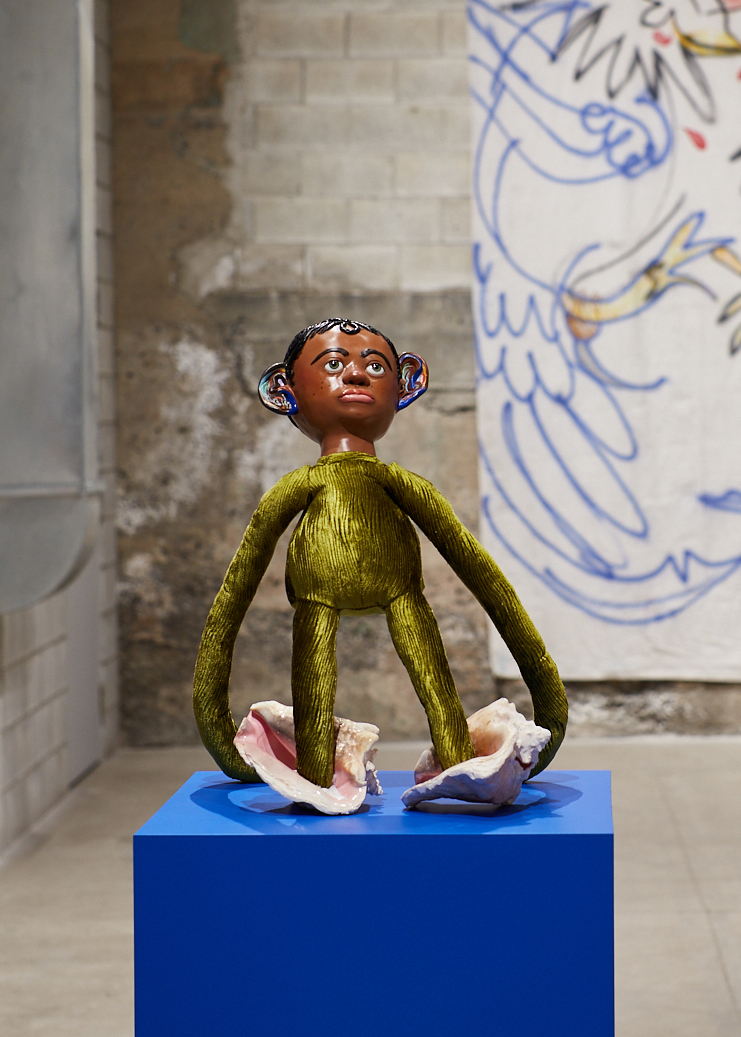 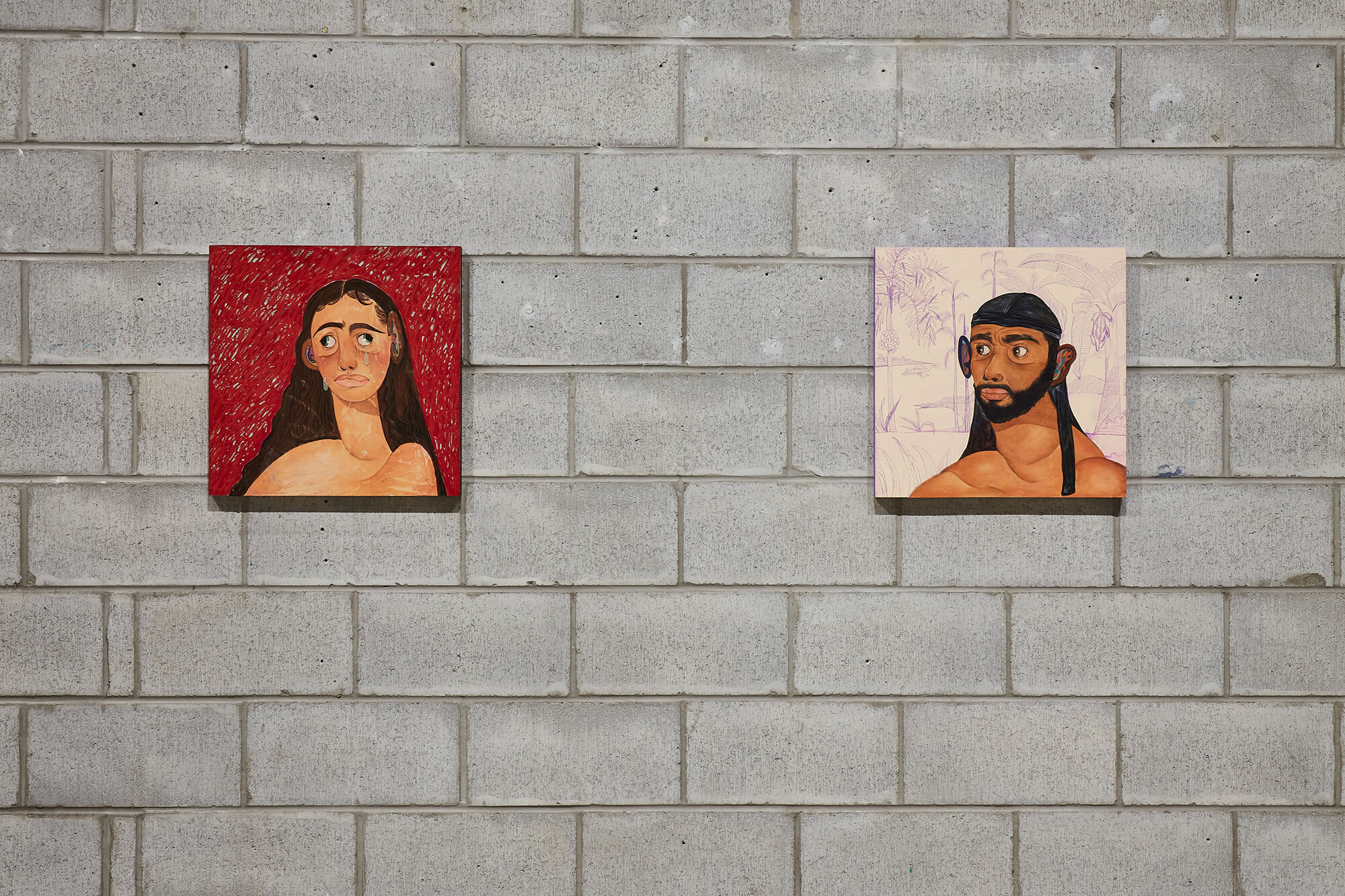 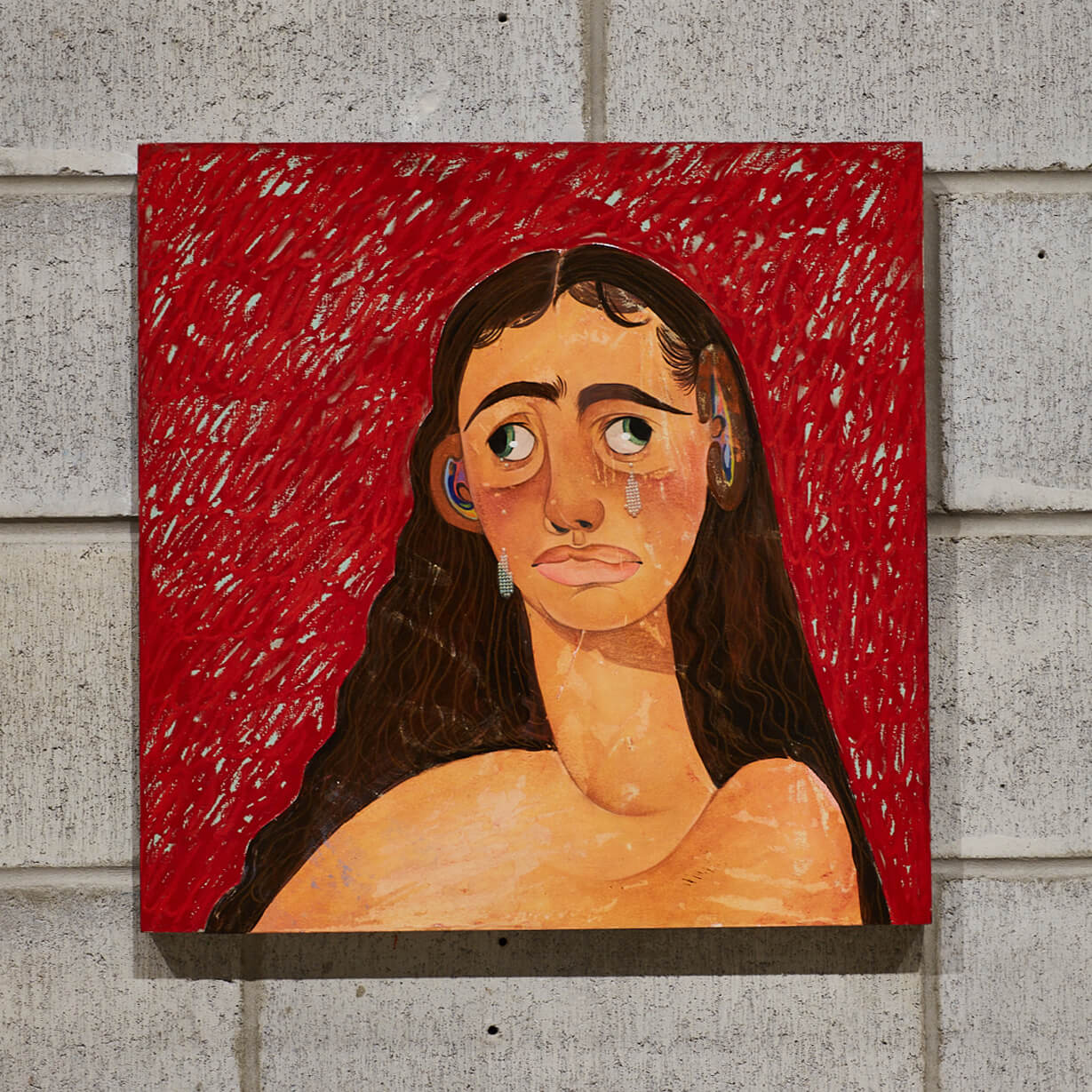 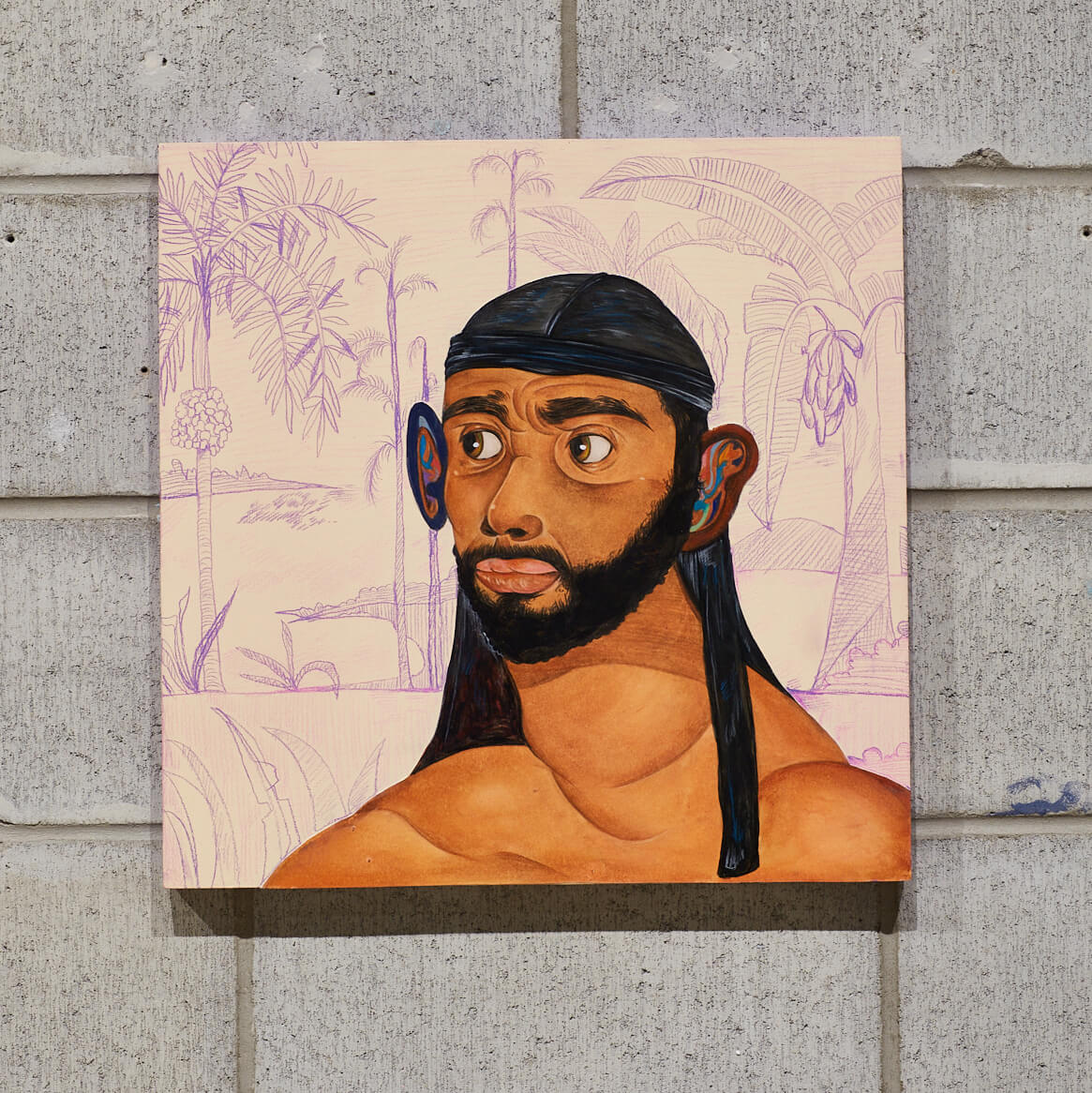