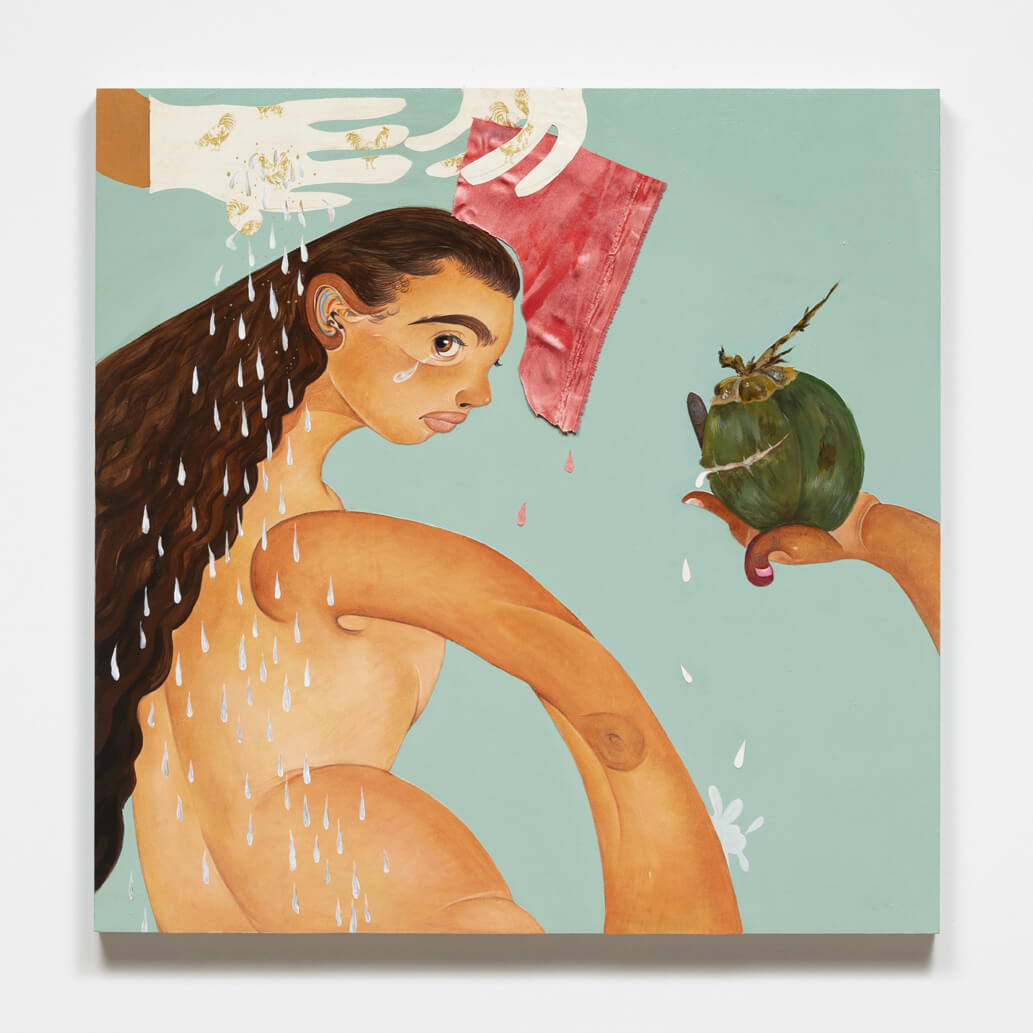 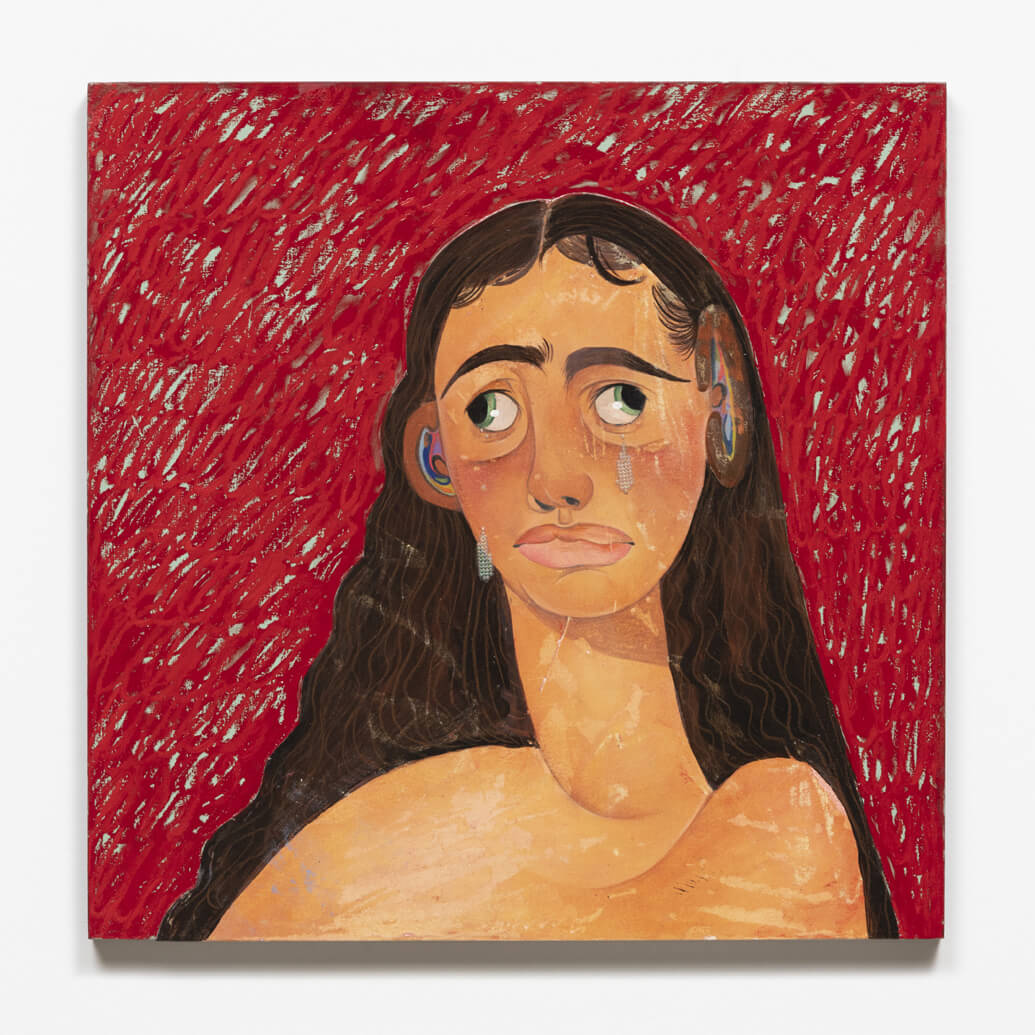 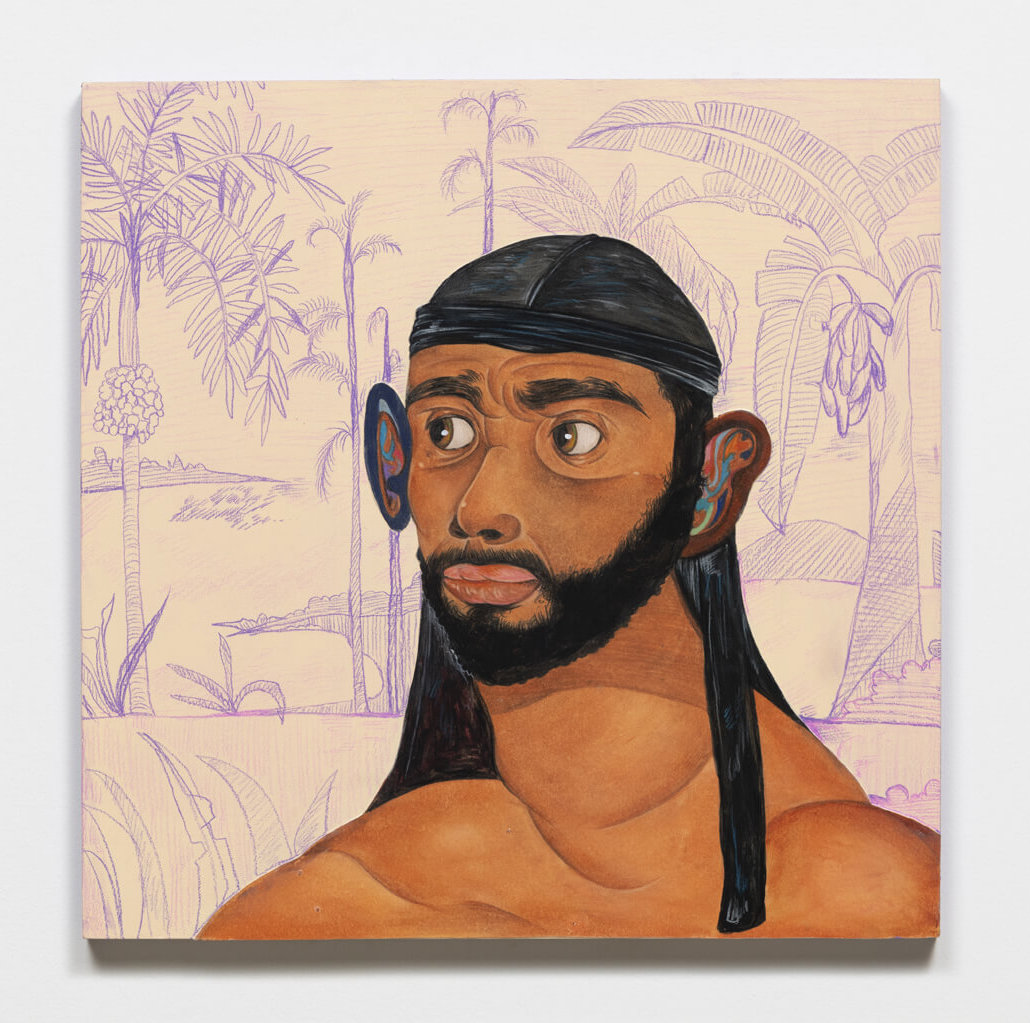 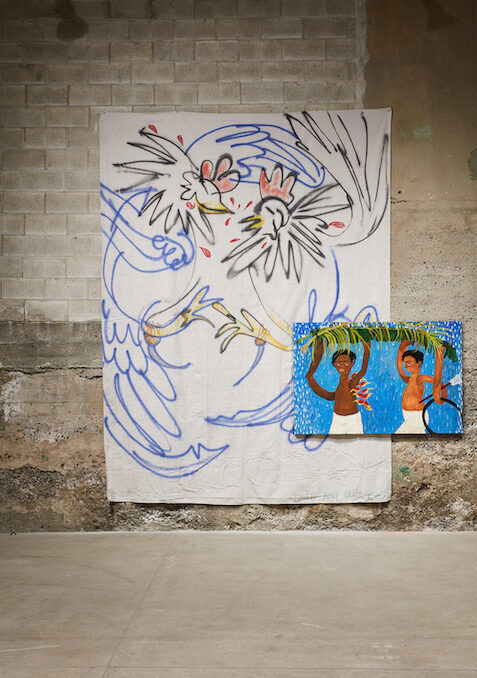 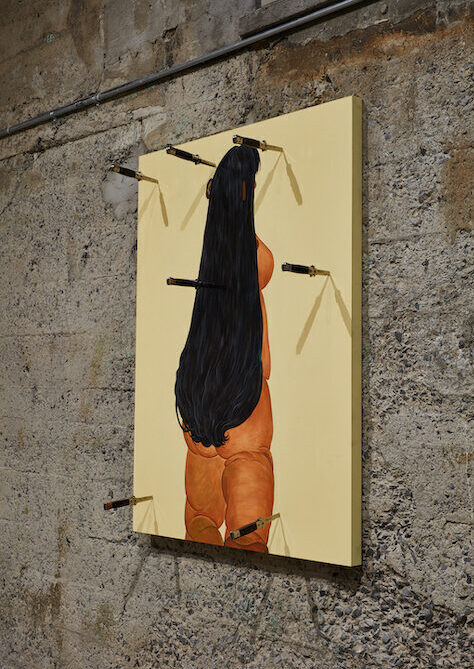 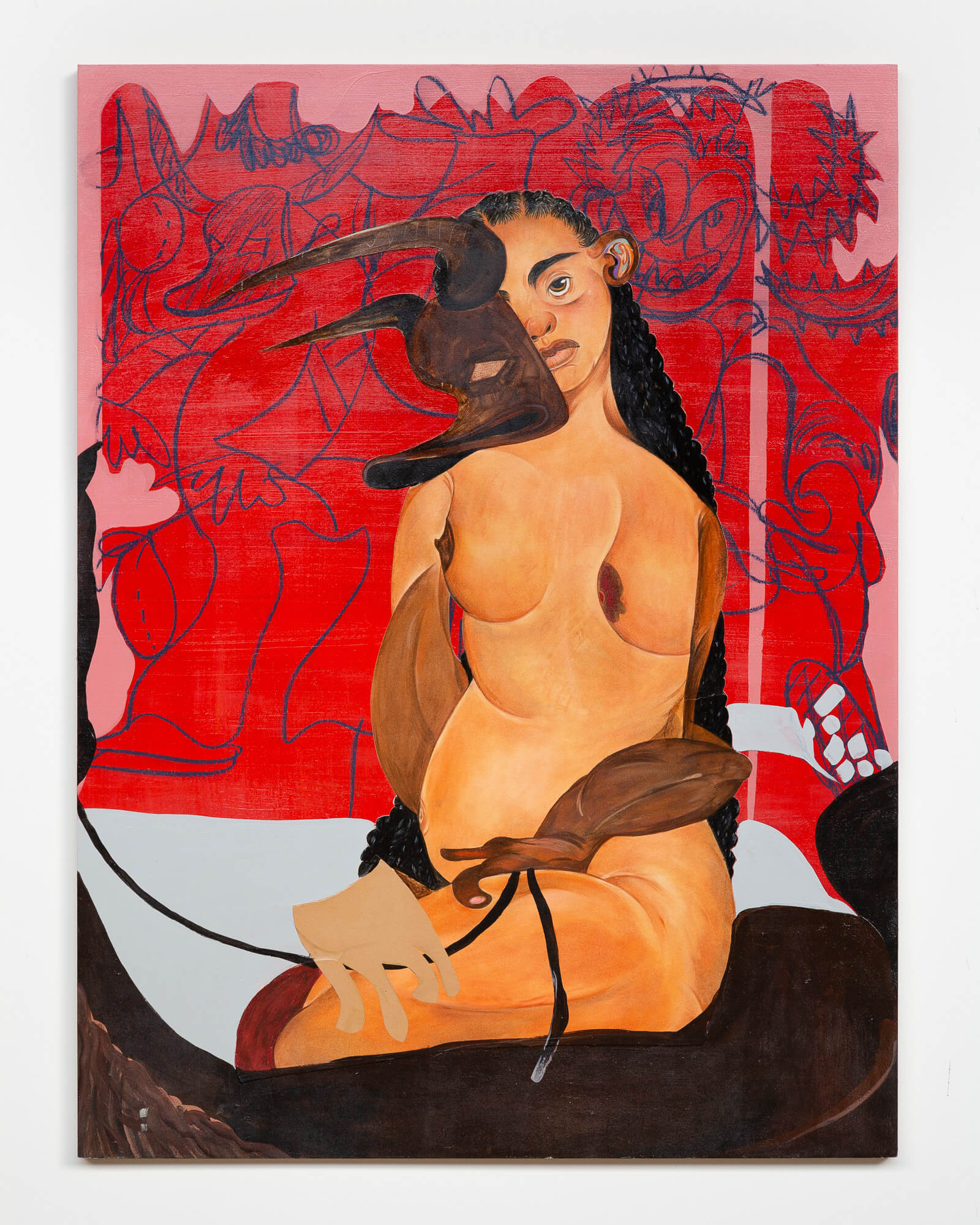 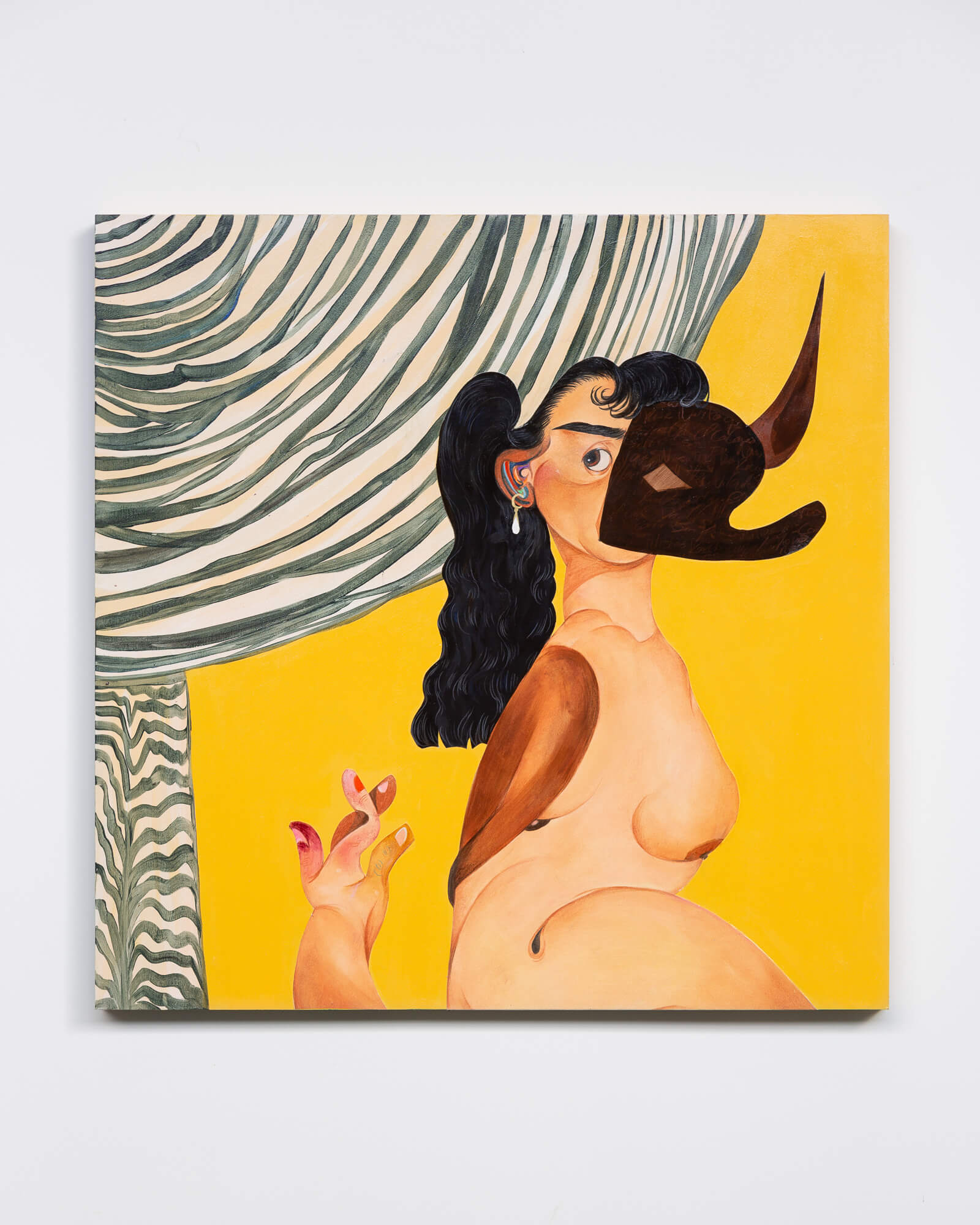 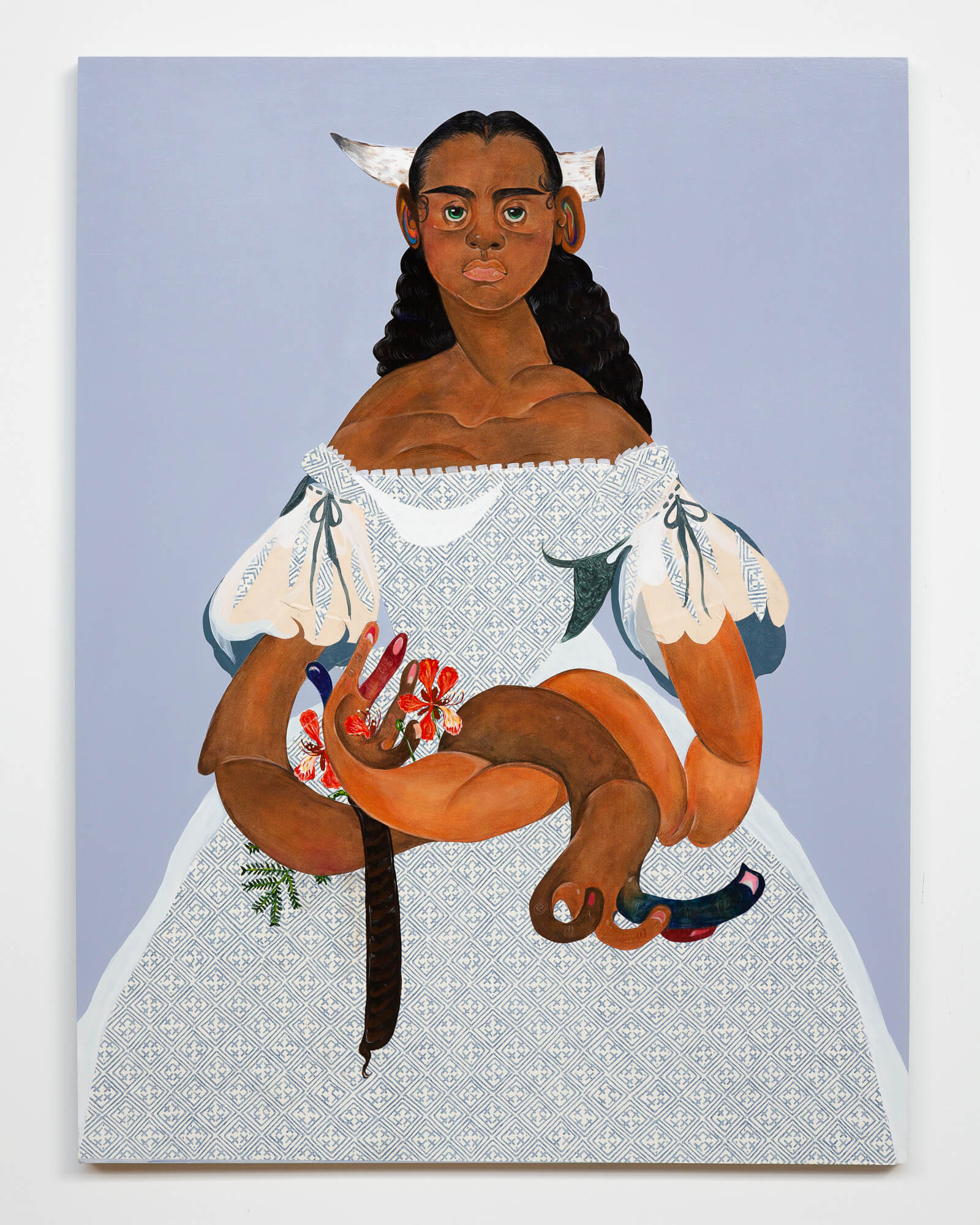 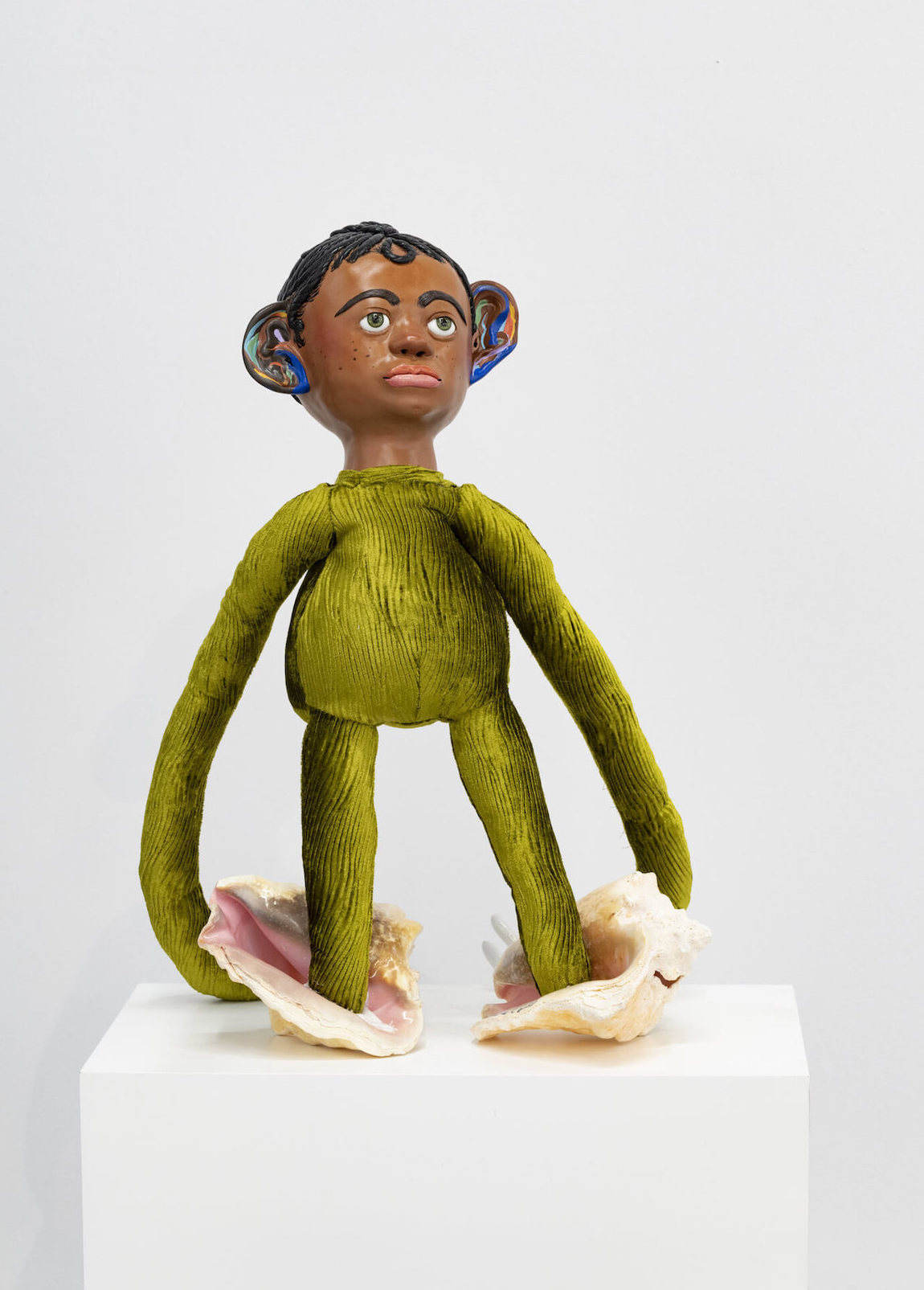 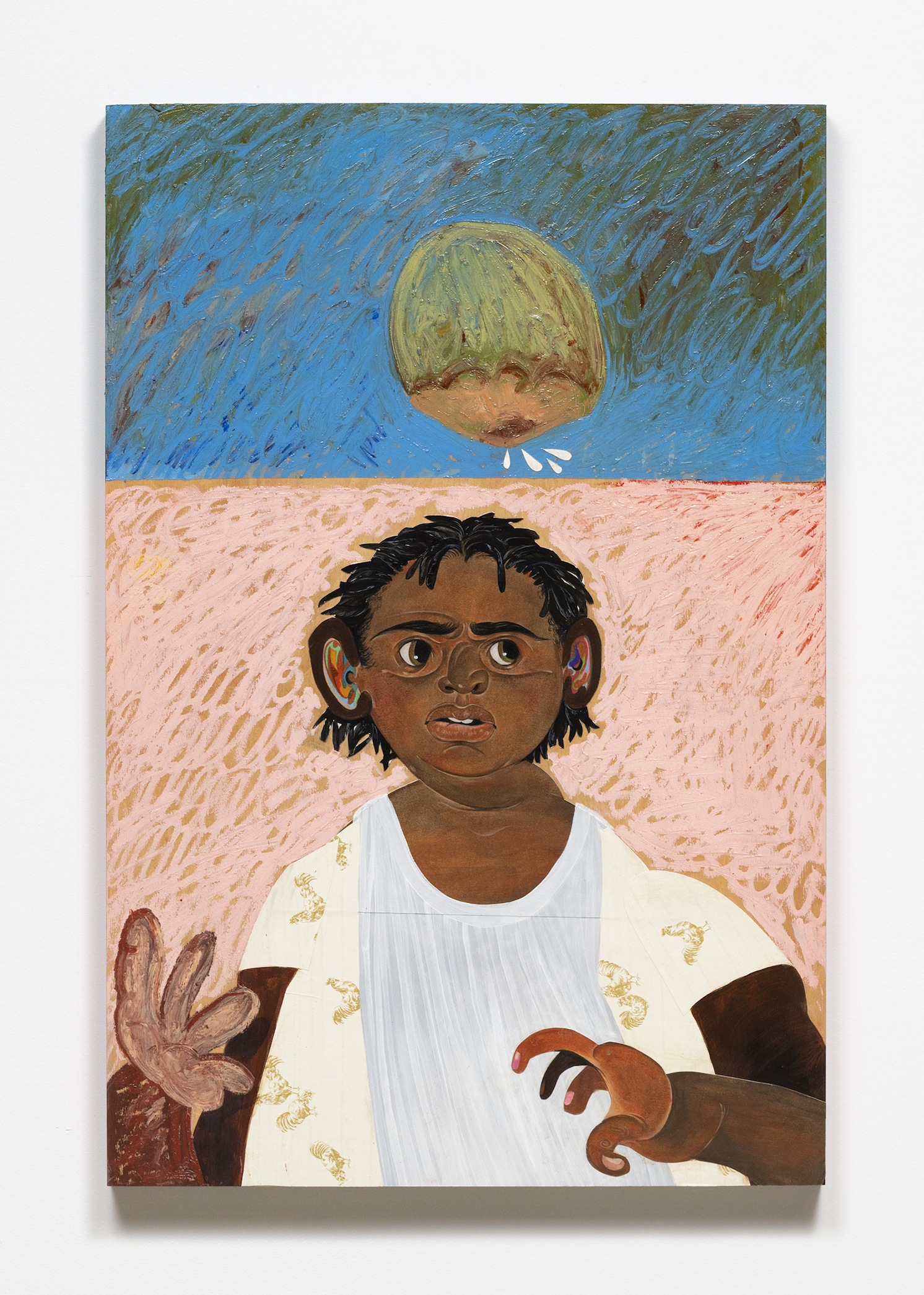 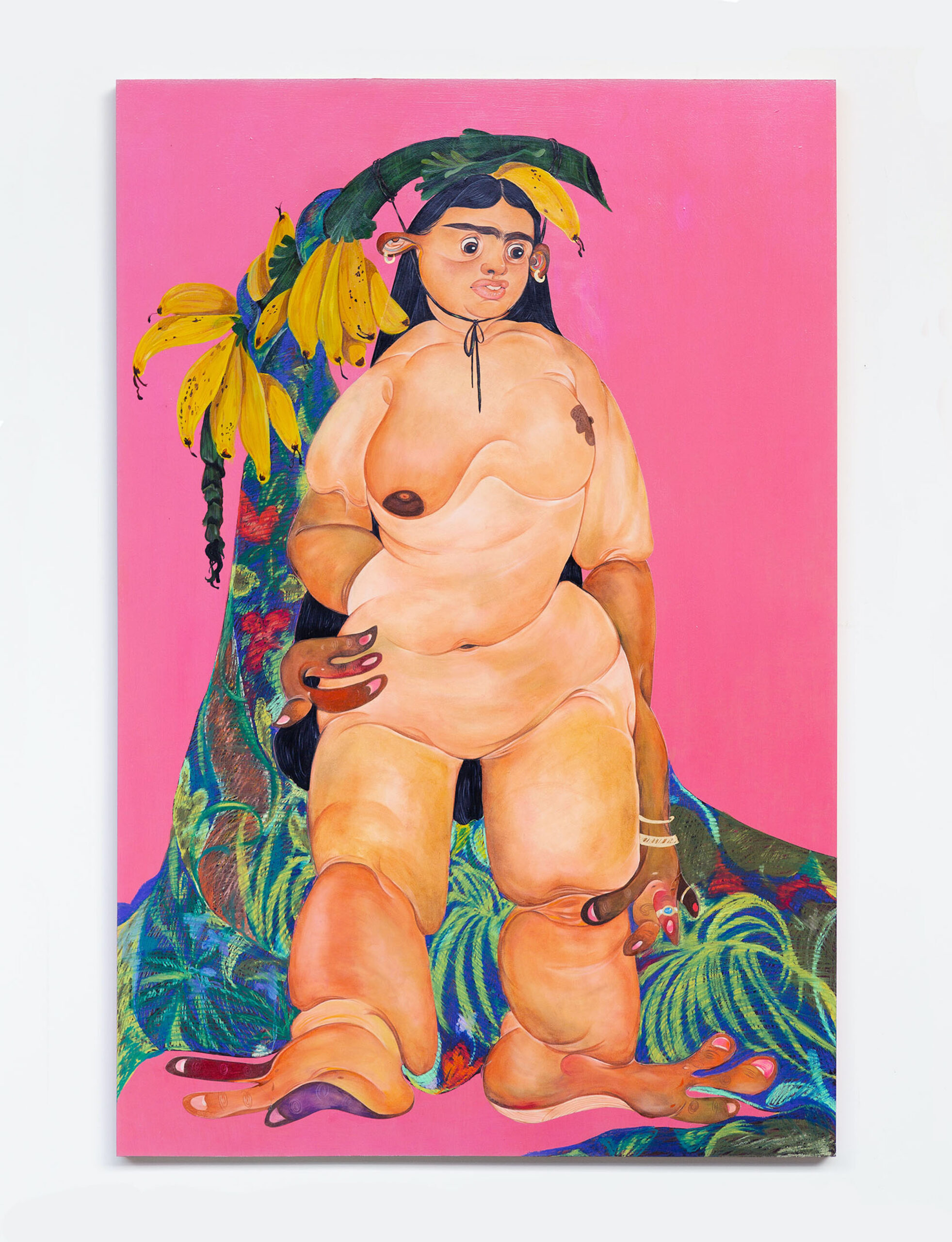 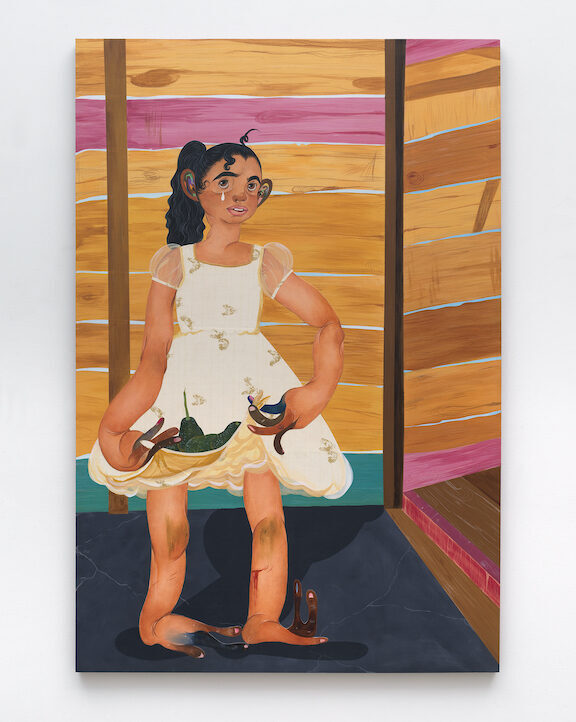 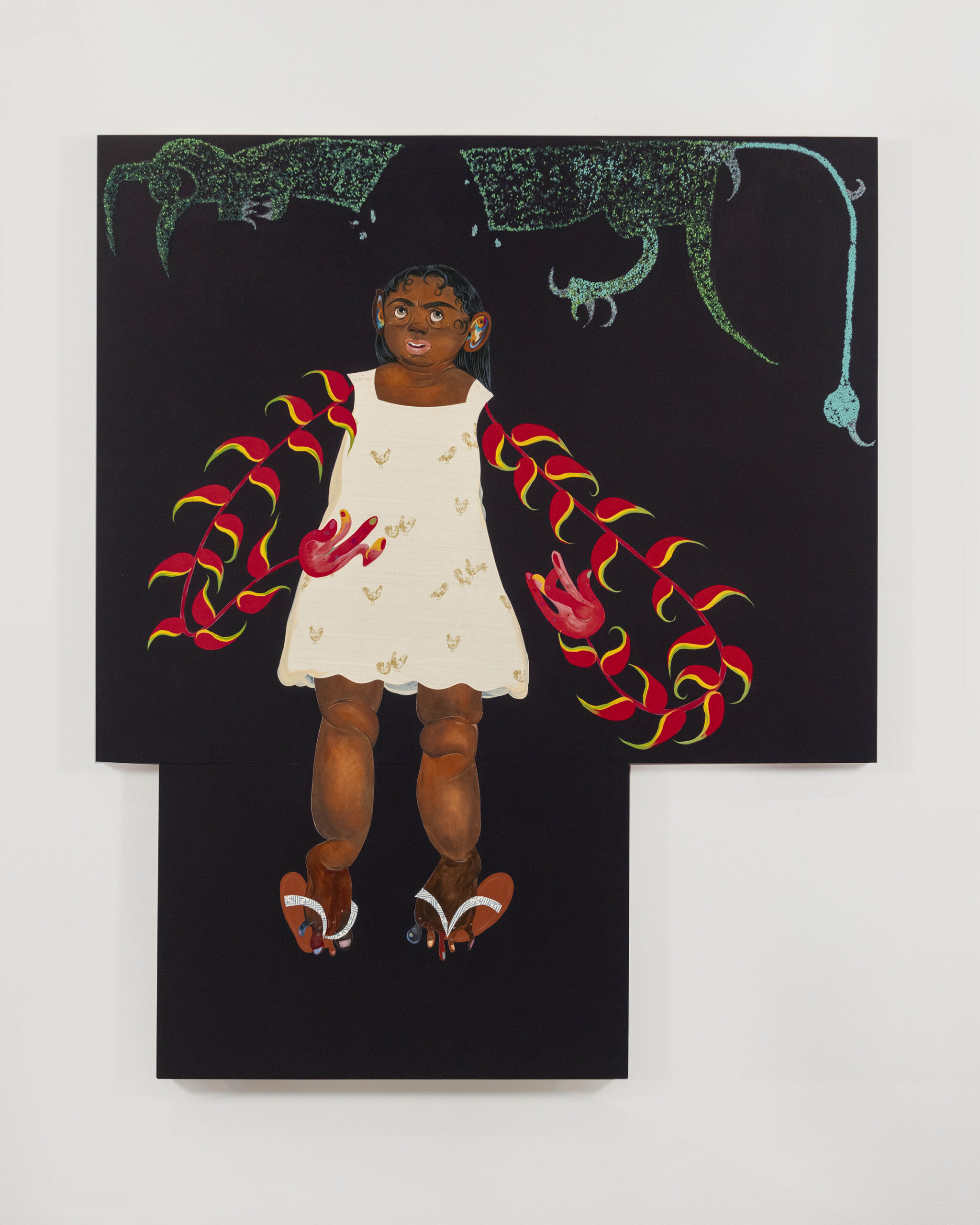 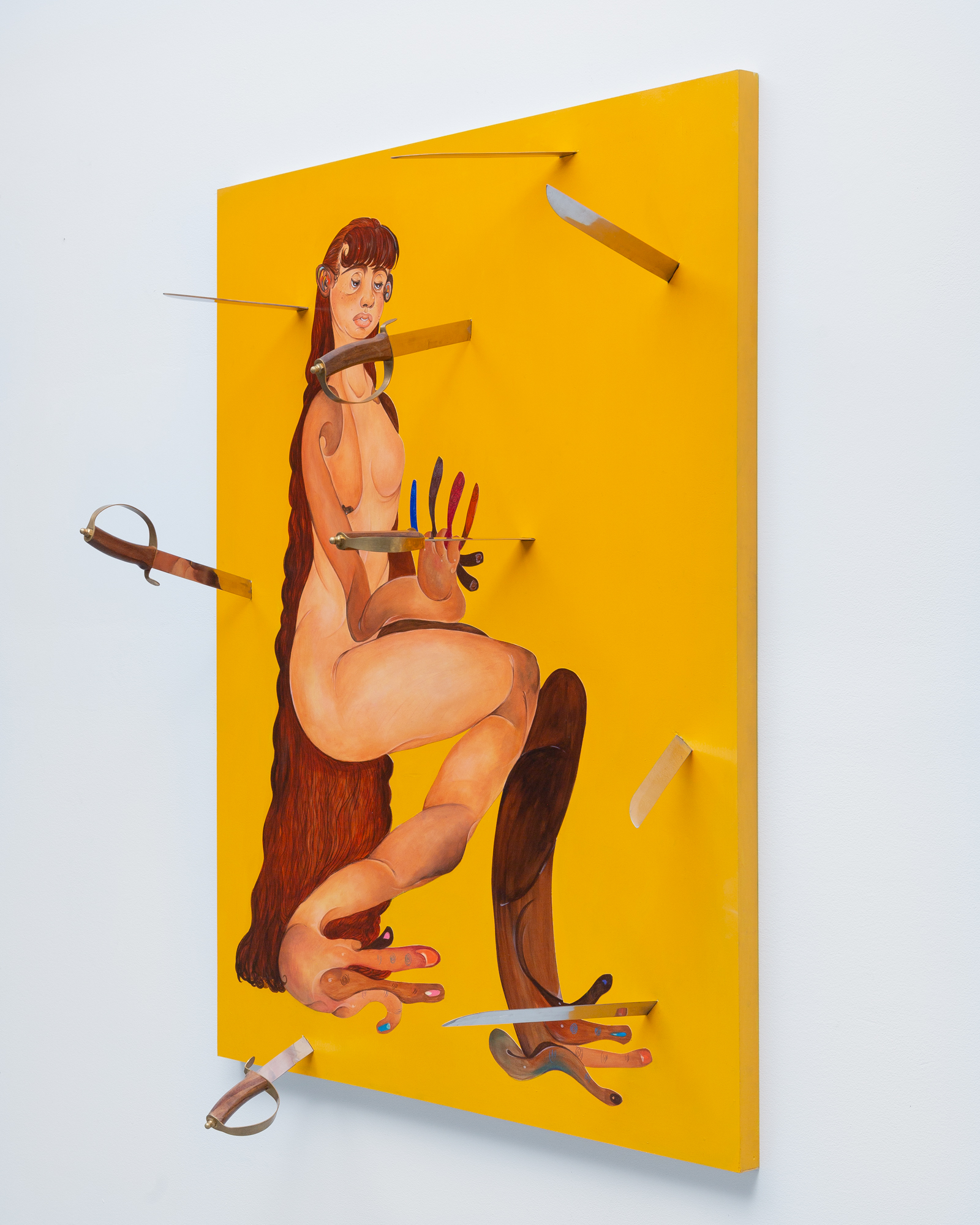 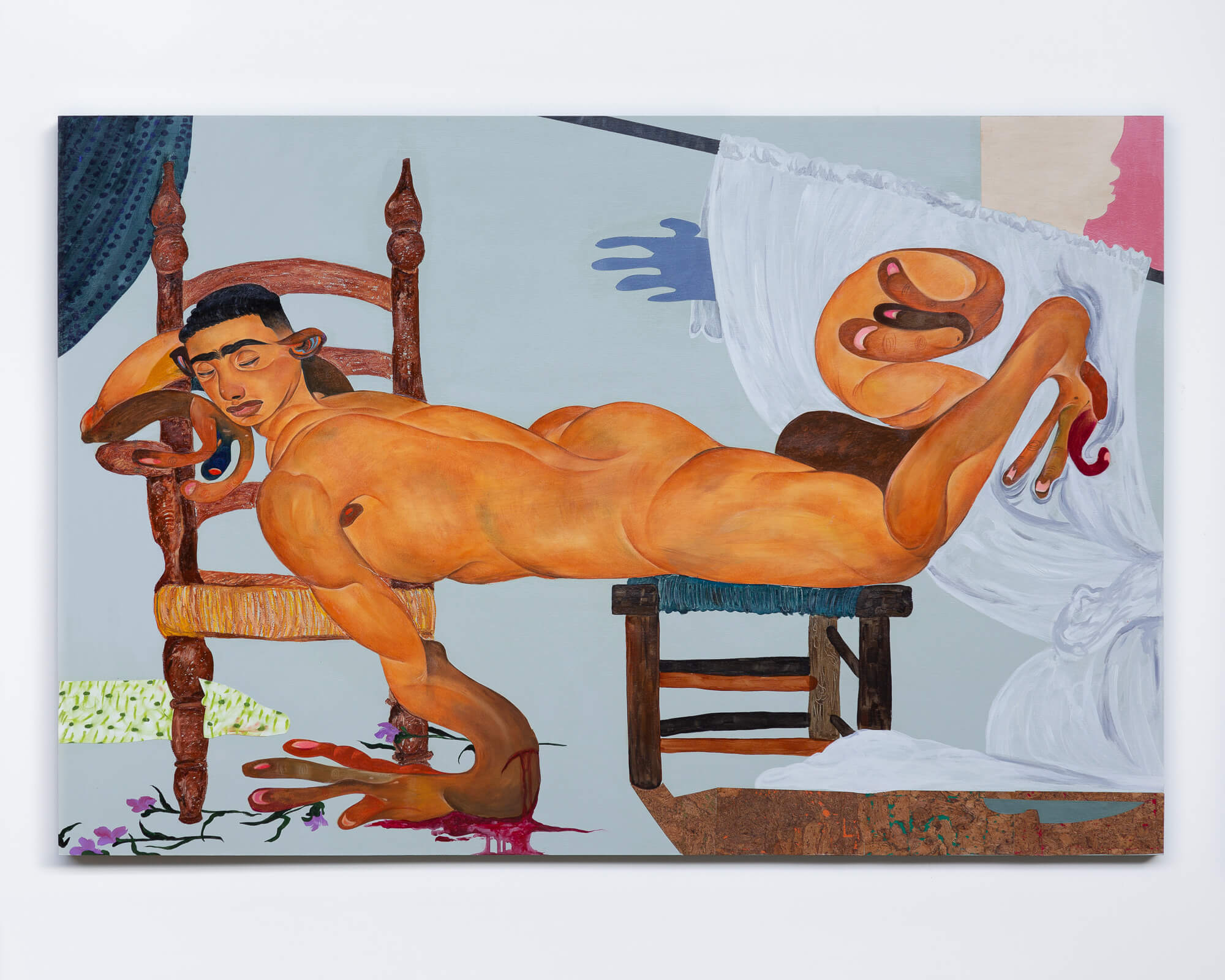 Bony Ramirez’s rural upbringing in the Dominican Republic, his first encounters with Catholic imagery, and his deep interest in sources as varied as Italian mannerism, Renaissance portraiture, and children’s illustrations reverberate within and around the fictional characters he creates. If each figure appears to be transposed into a changing theatre of symbolic surroundings and backdrops, it is the artist’s technique that renders this possible. Ramirez creates his heavily stylized, proportionally distorted figures on paper, and adheres them onto wood panels featuring idyllic, colourful backdrops of Caribbean imagery. As Ramirez’s characters, developed separately and simultaneously in oil stick, paint, and coloured pencil, make their way onto his works, so too do various other symbolic appendages. Ramirez uses a variety of objects which either complement the playfulness and idyllicism of his work, such as colourful beads, or contrast it by penetrating it with violence, such as real knives stabbed into the canvas.

Bony Ramirez has exhibited at Bradley Ertaskiran (Montreal), Thierry Goldberg (New York), Nino Mier Gallery (Los Angeles), and Deitch Projects (Los Angeles), and was recognized in The Artsy Vanguard 2021. His work has recently been acquired by the permanent collection of the Institute of Contemporary Art Miami, as well as the De La Cruz Collection (Miami).