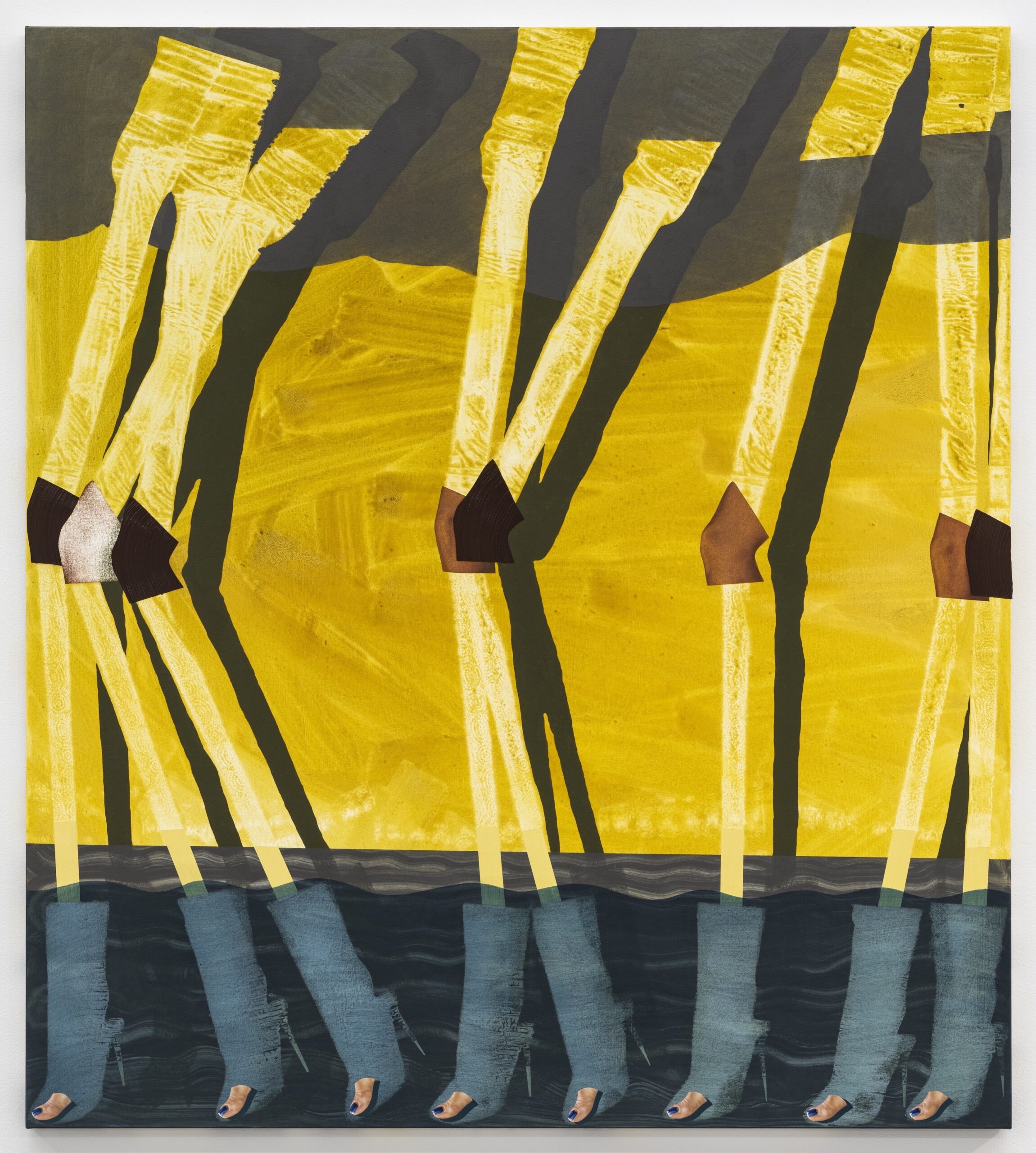 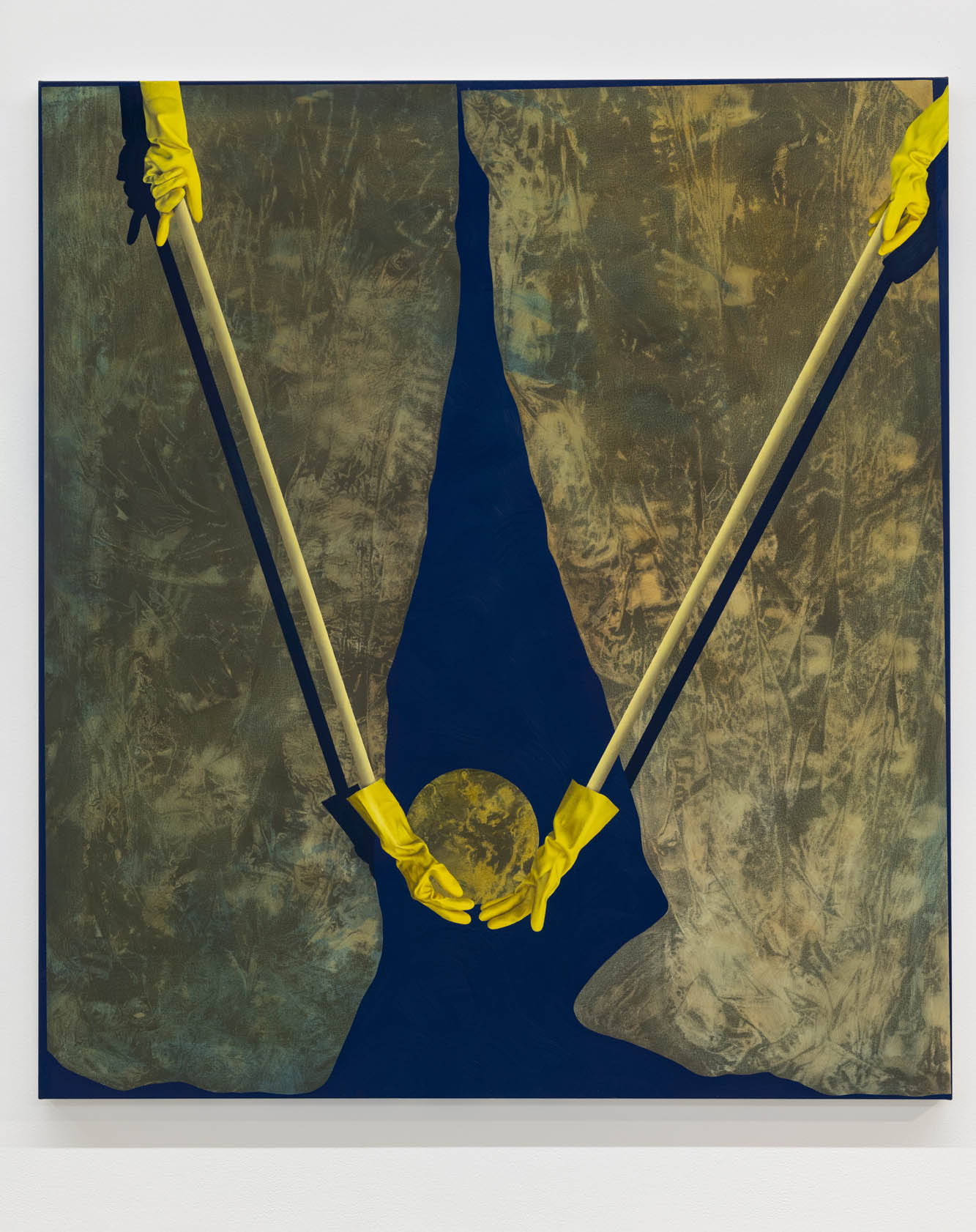 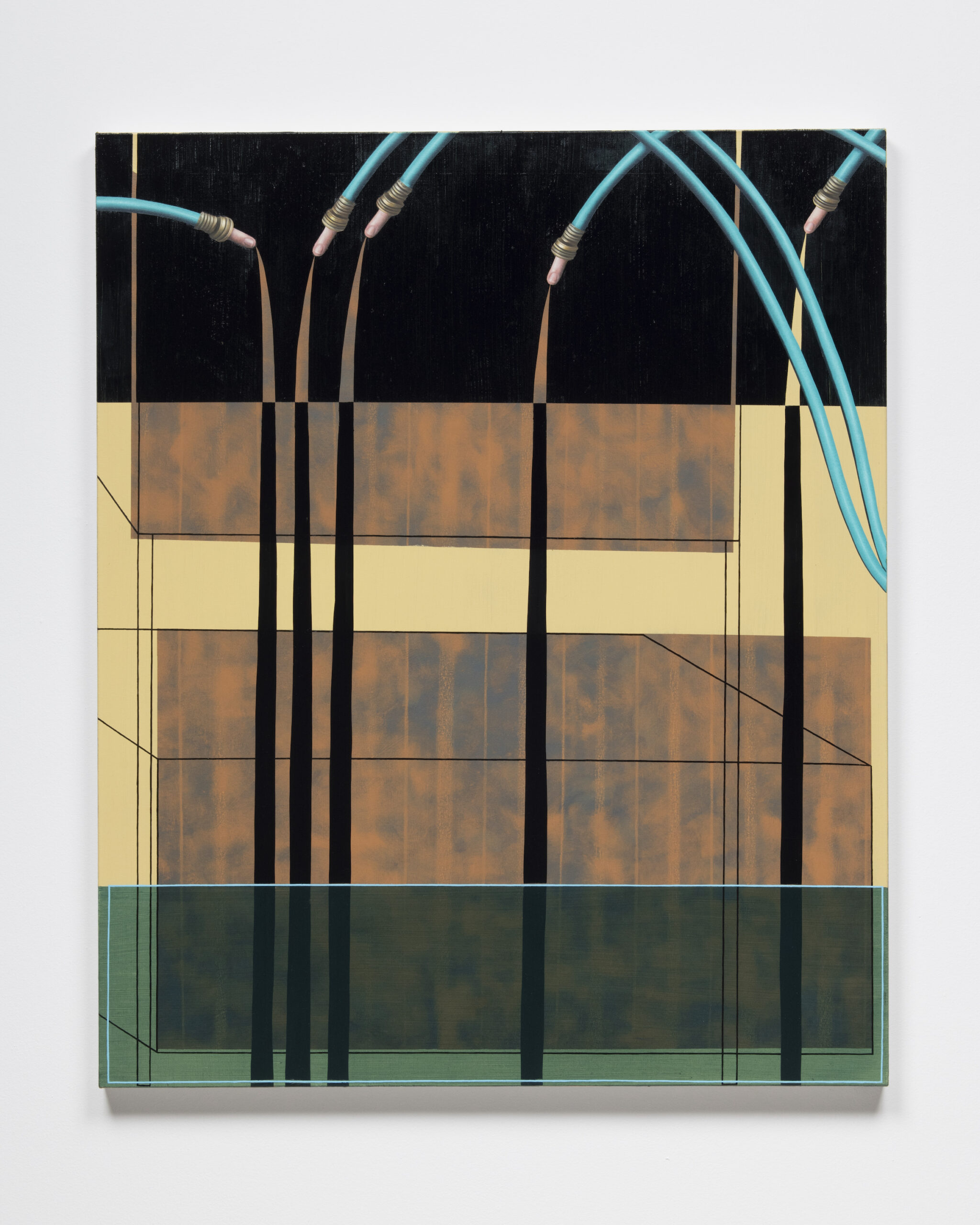 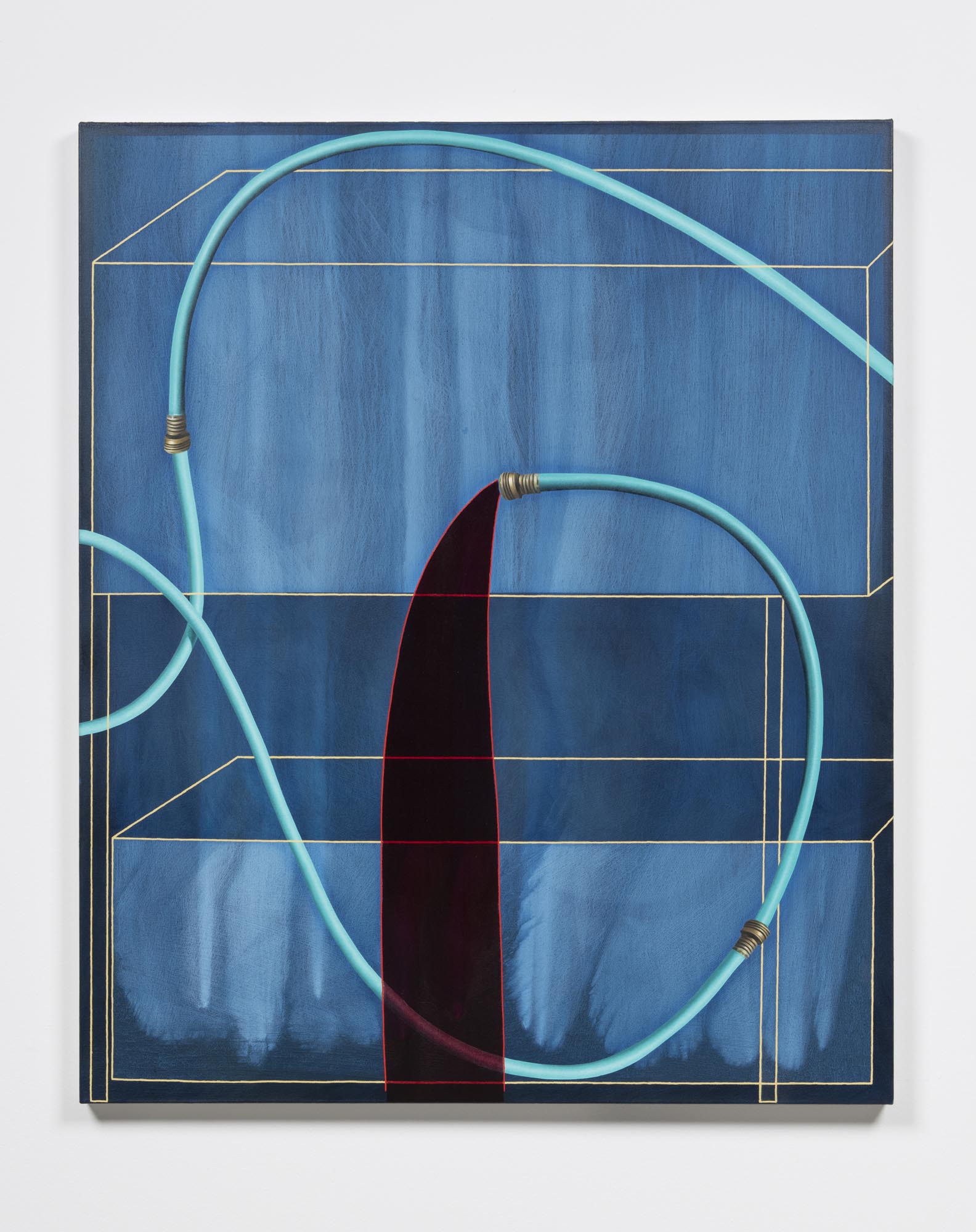 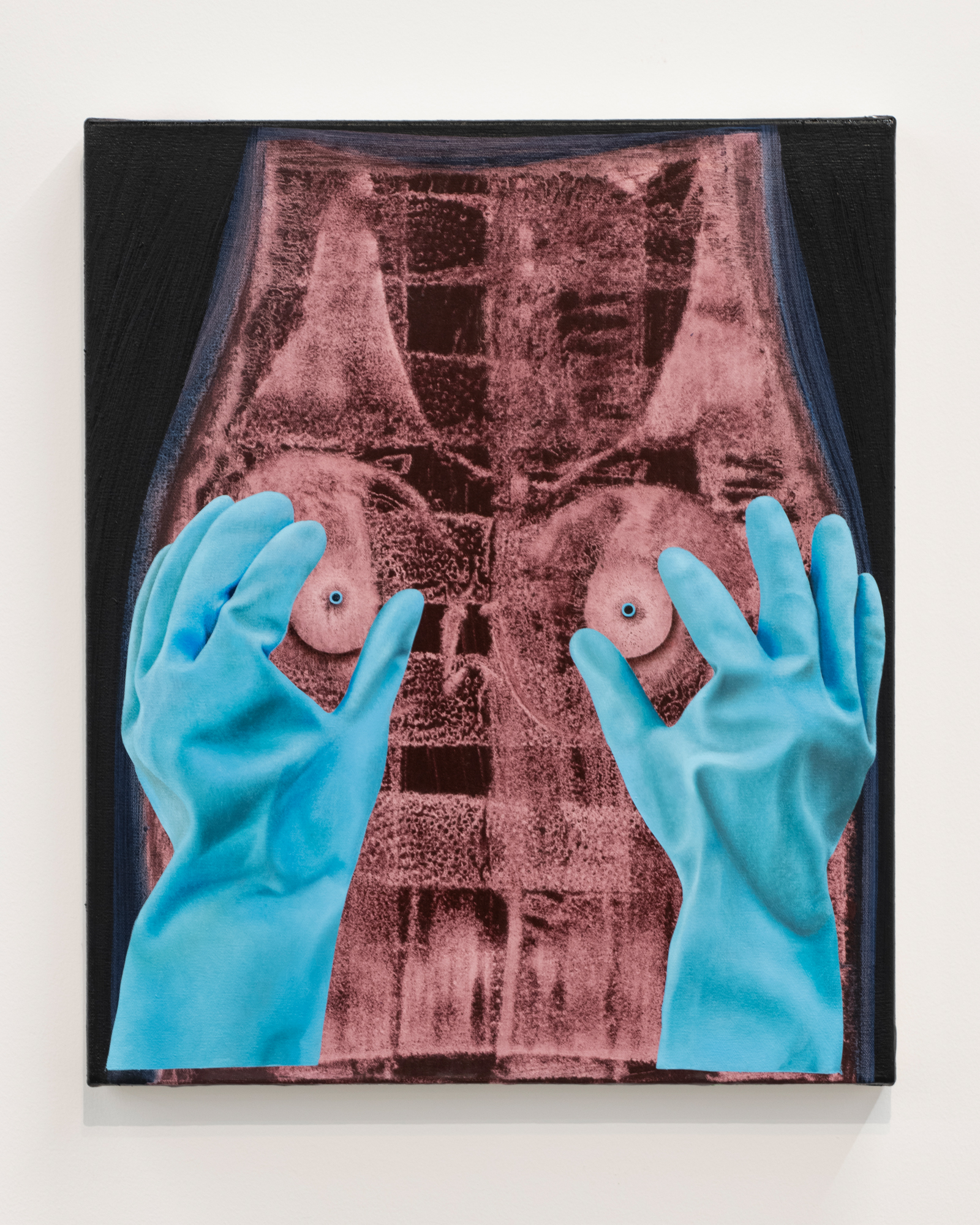 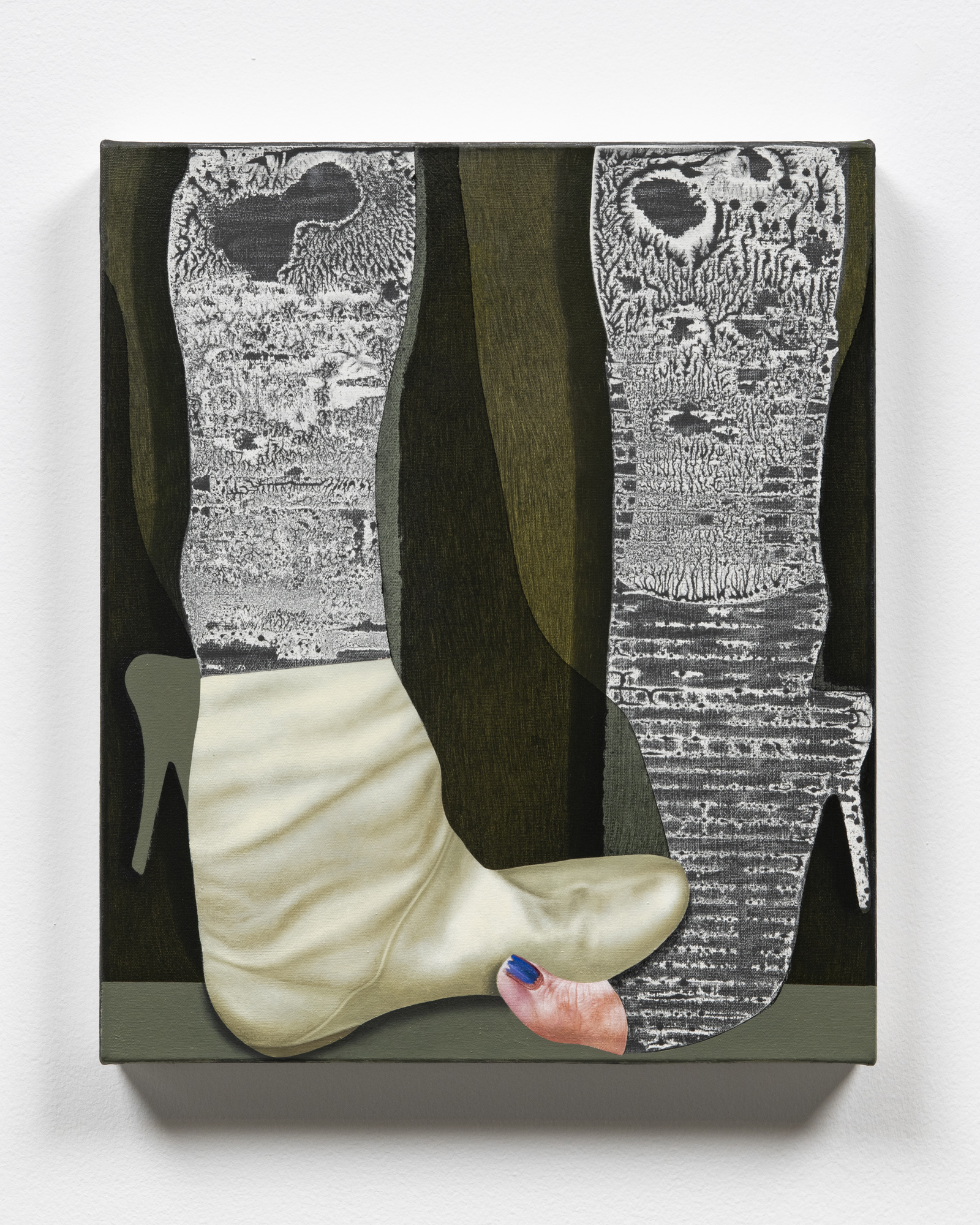 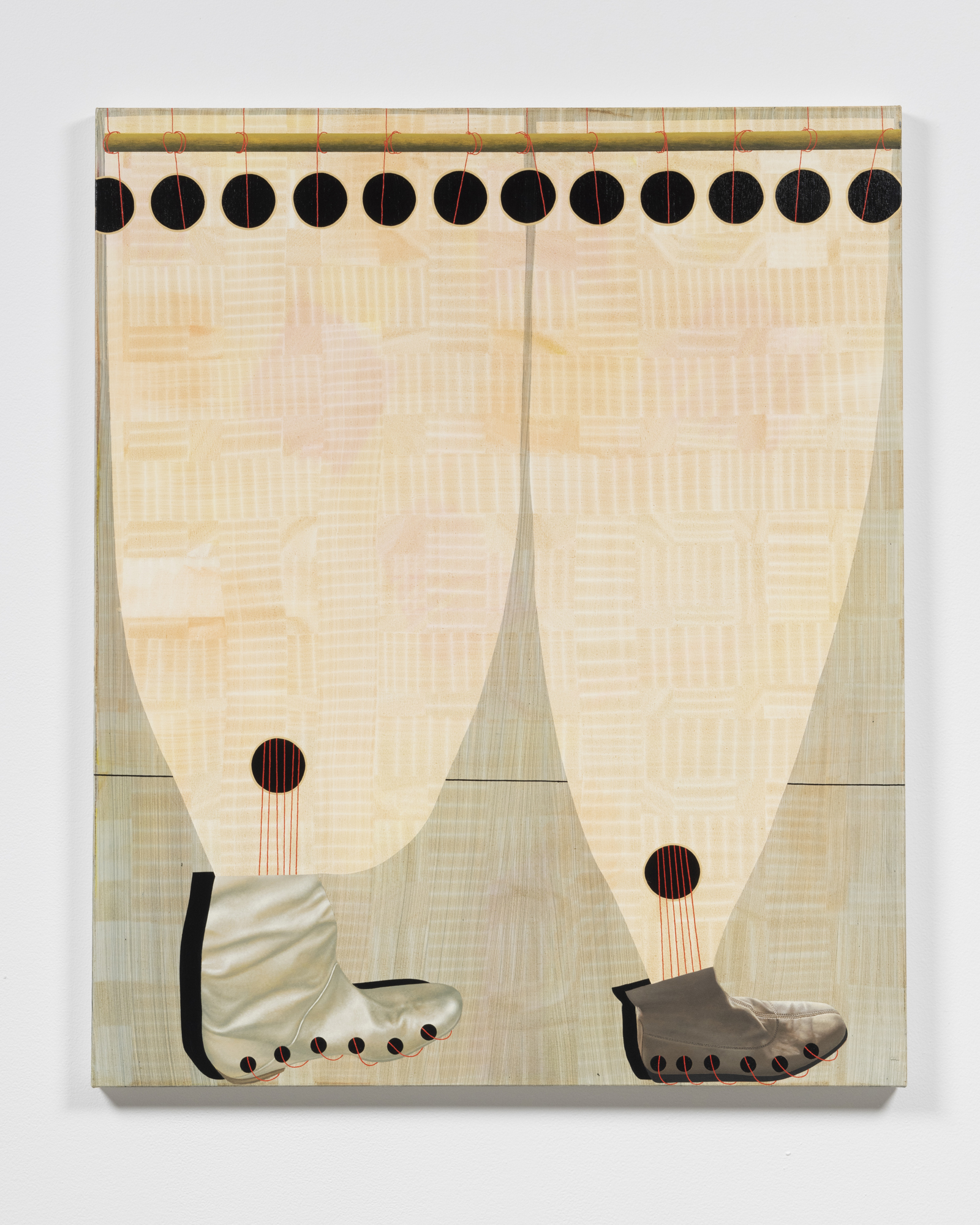 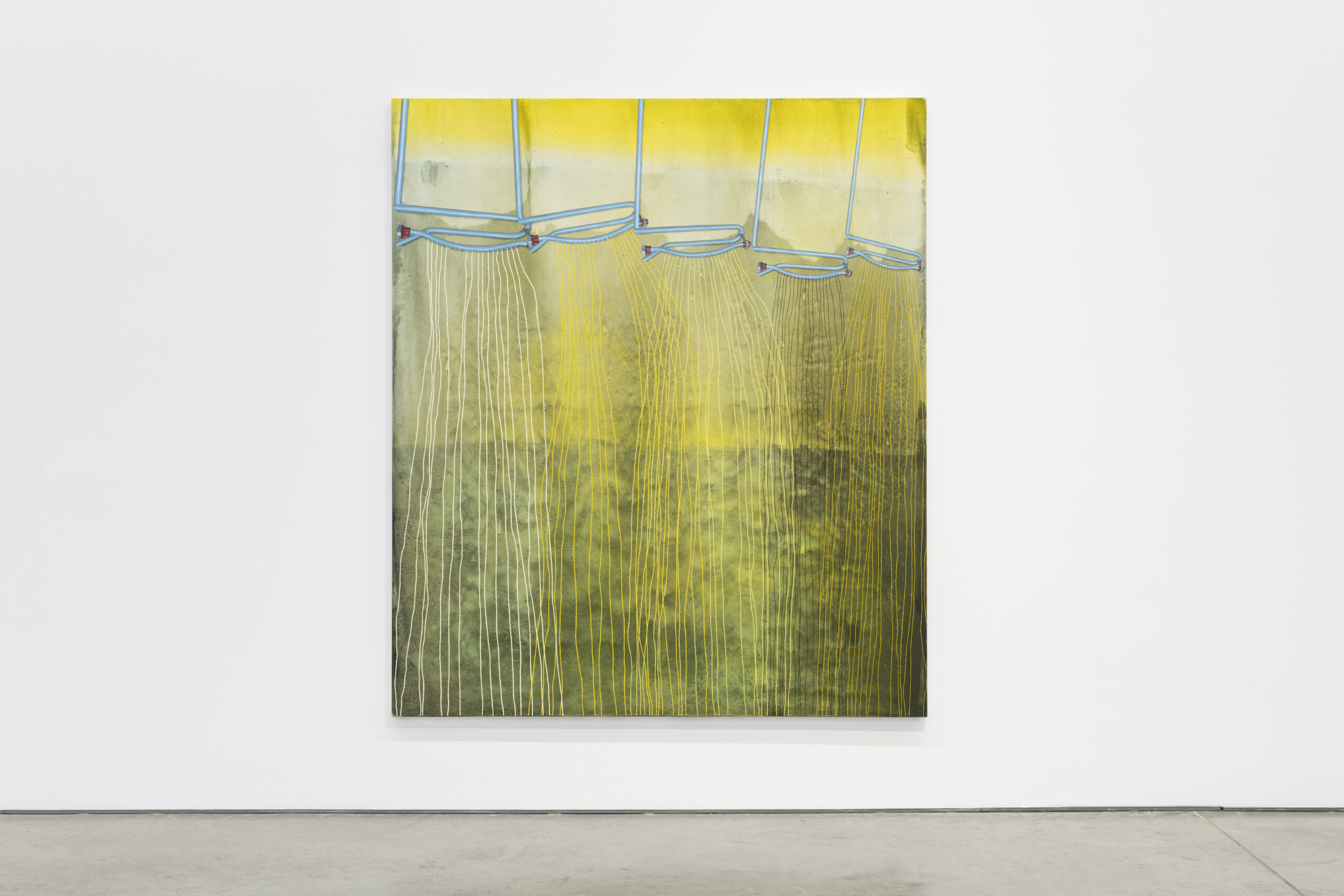 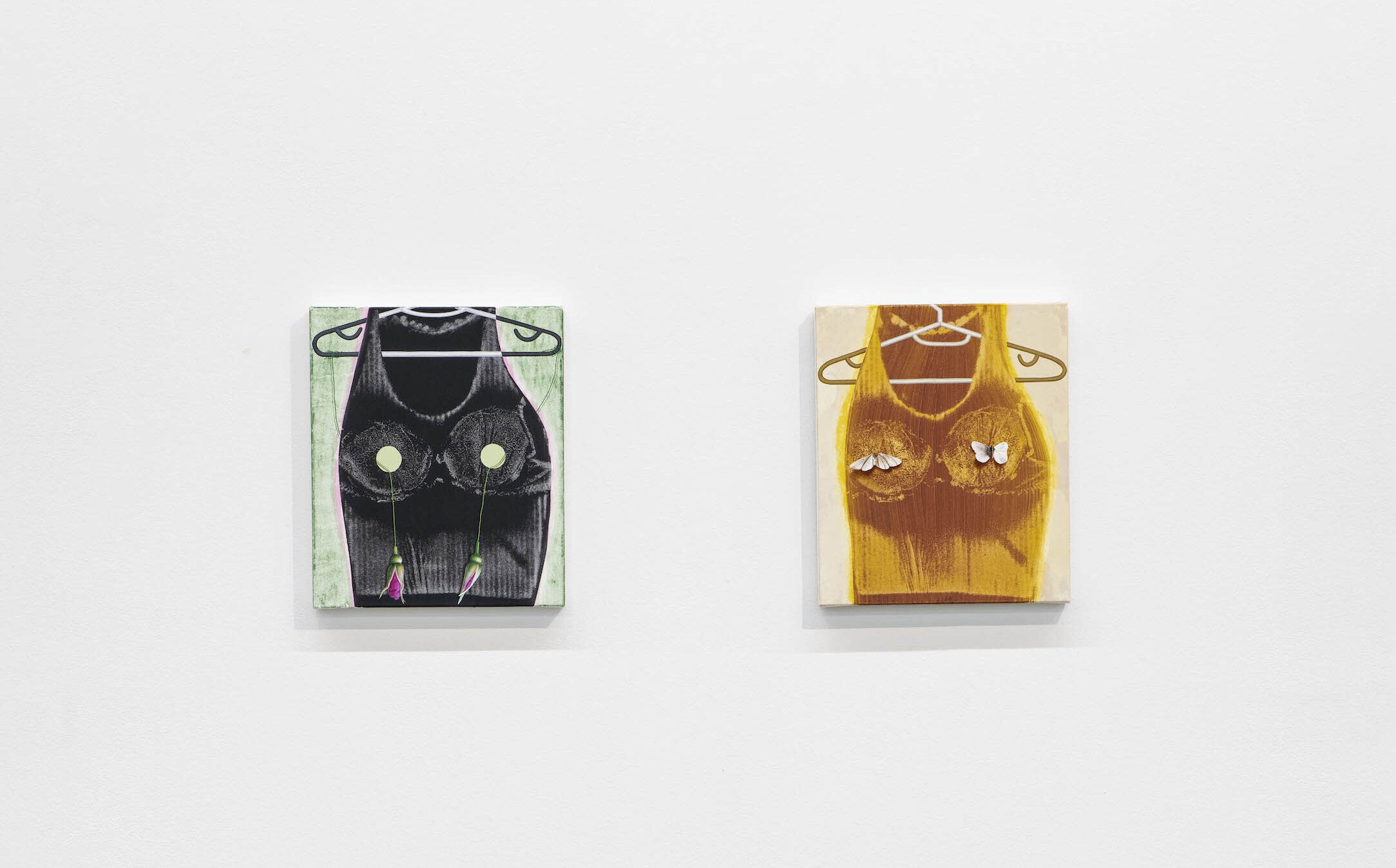 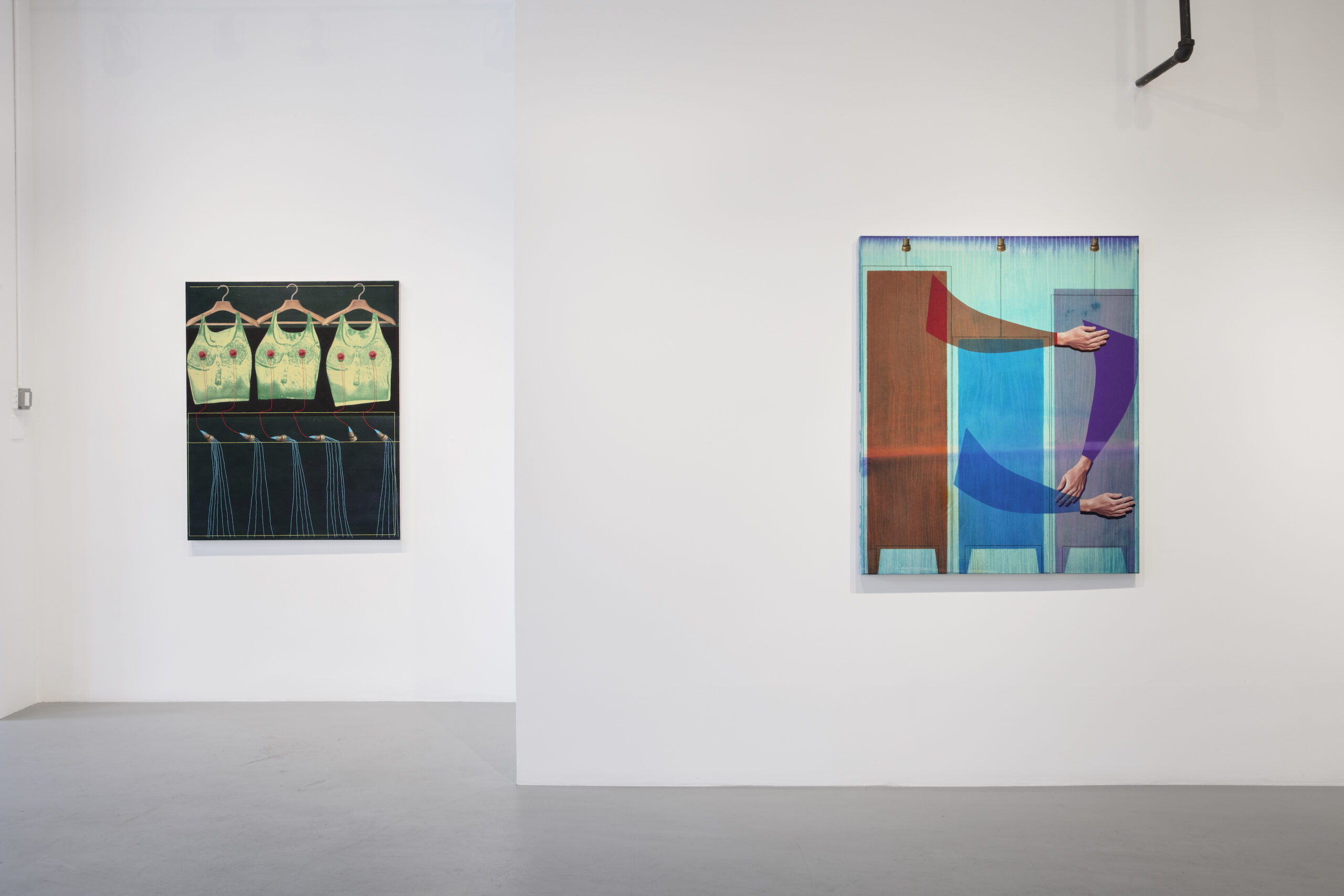 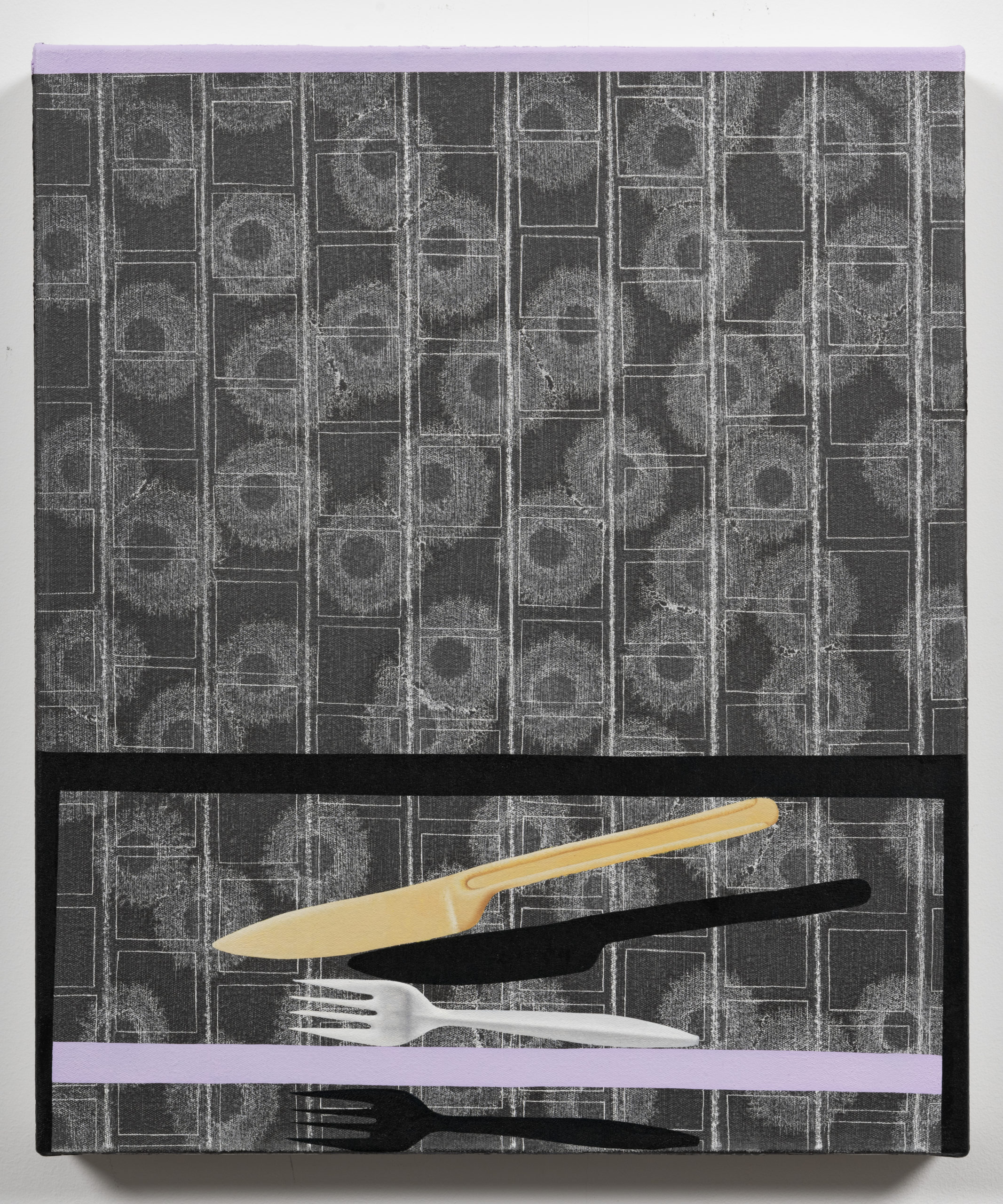 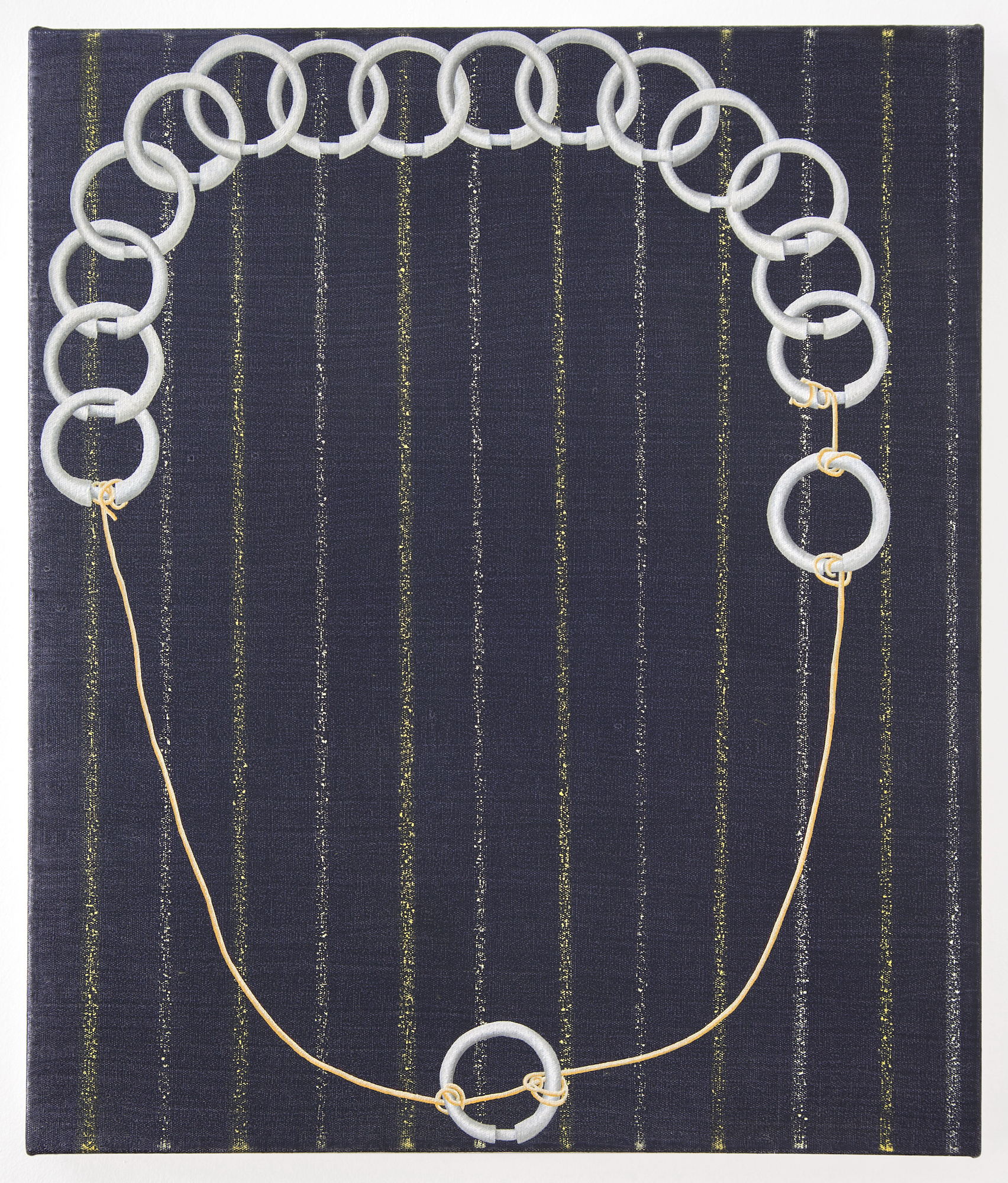 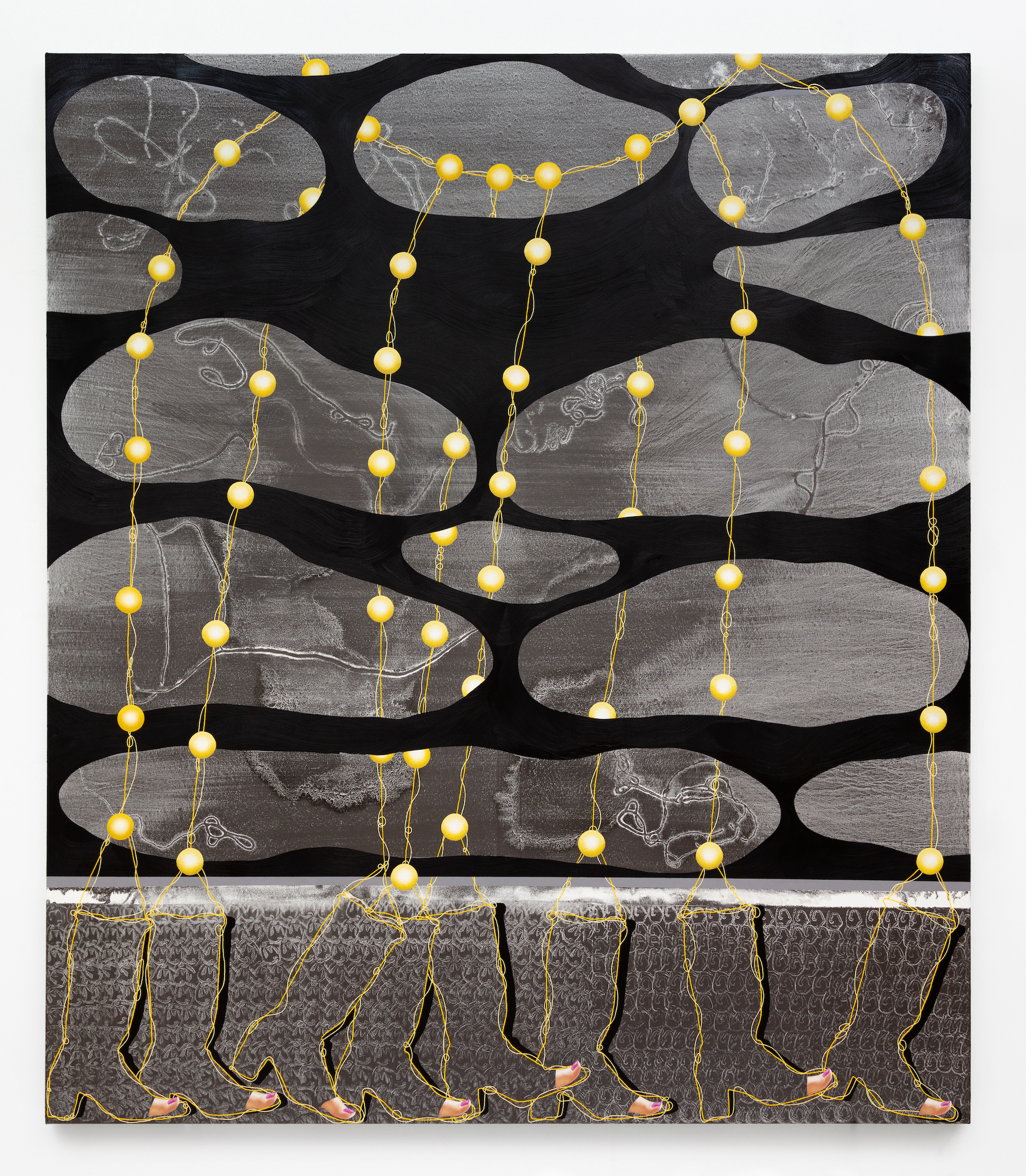 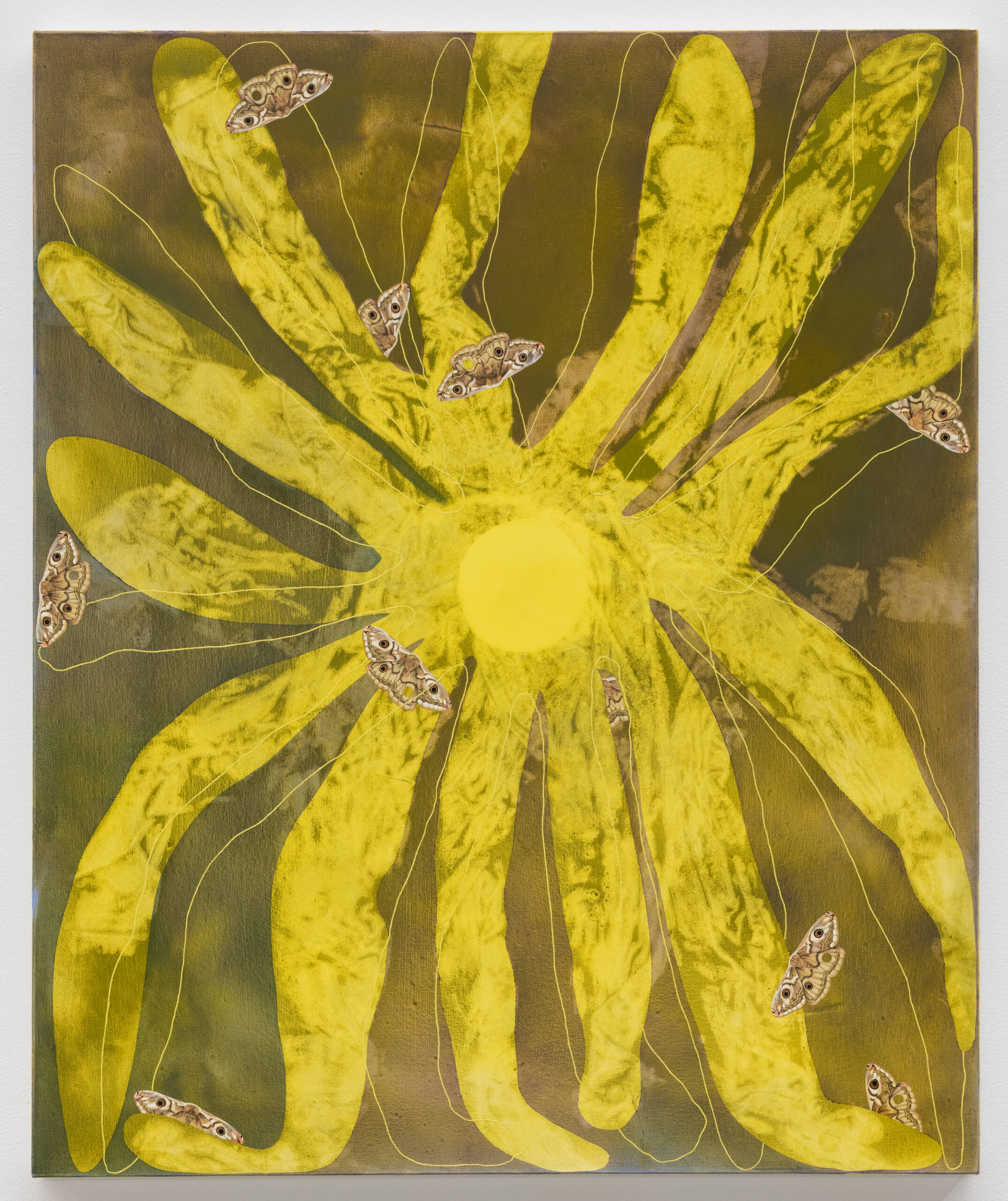 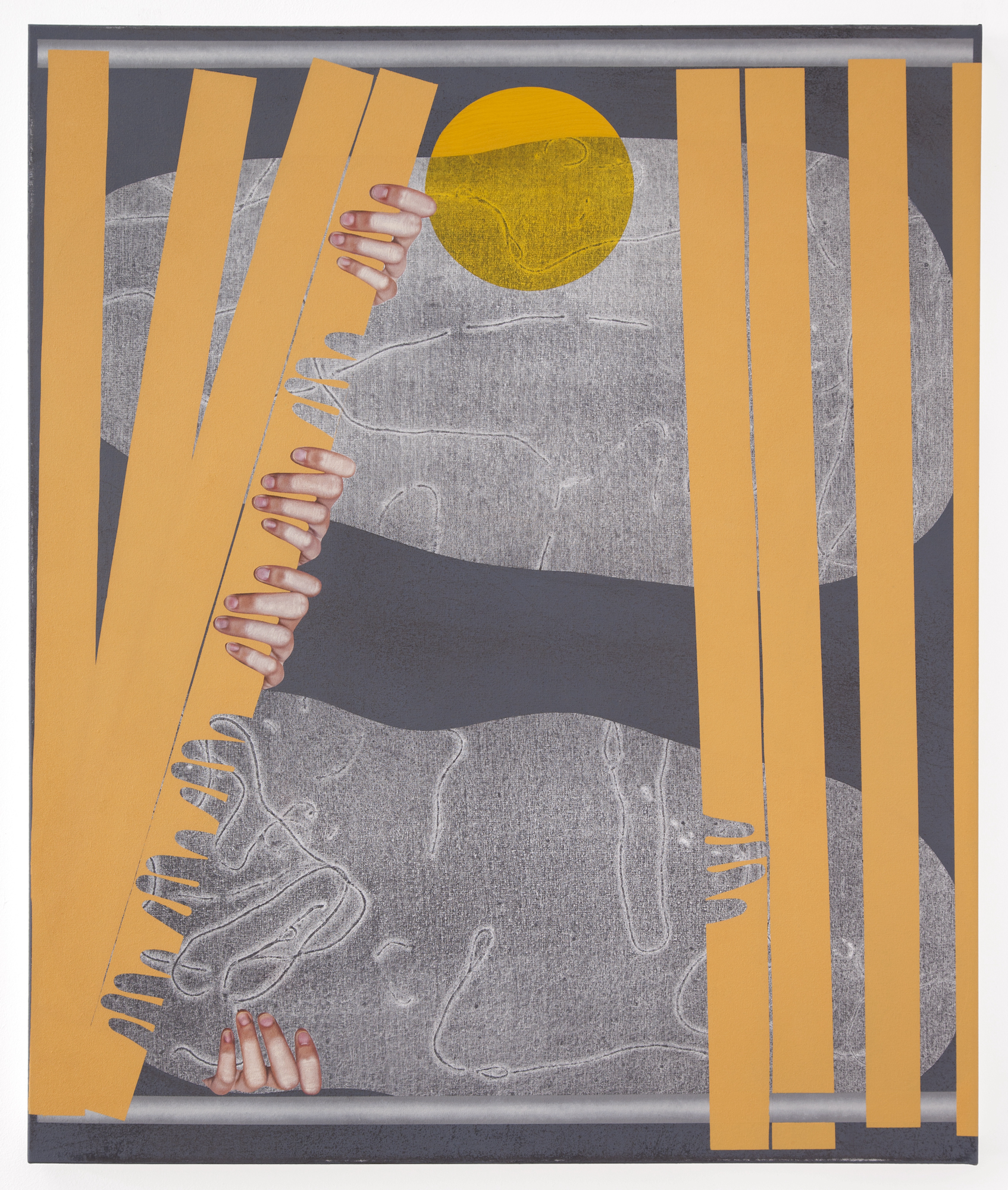 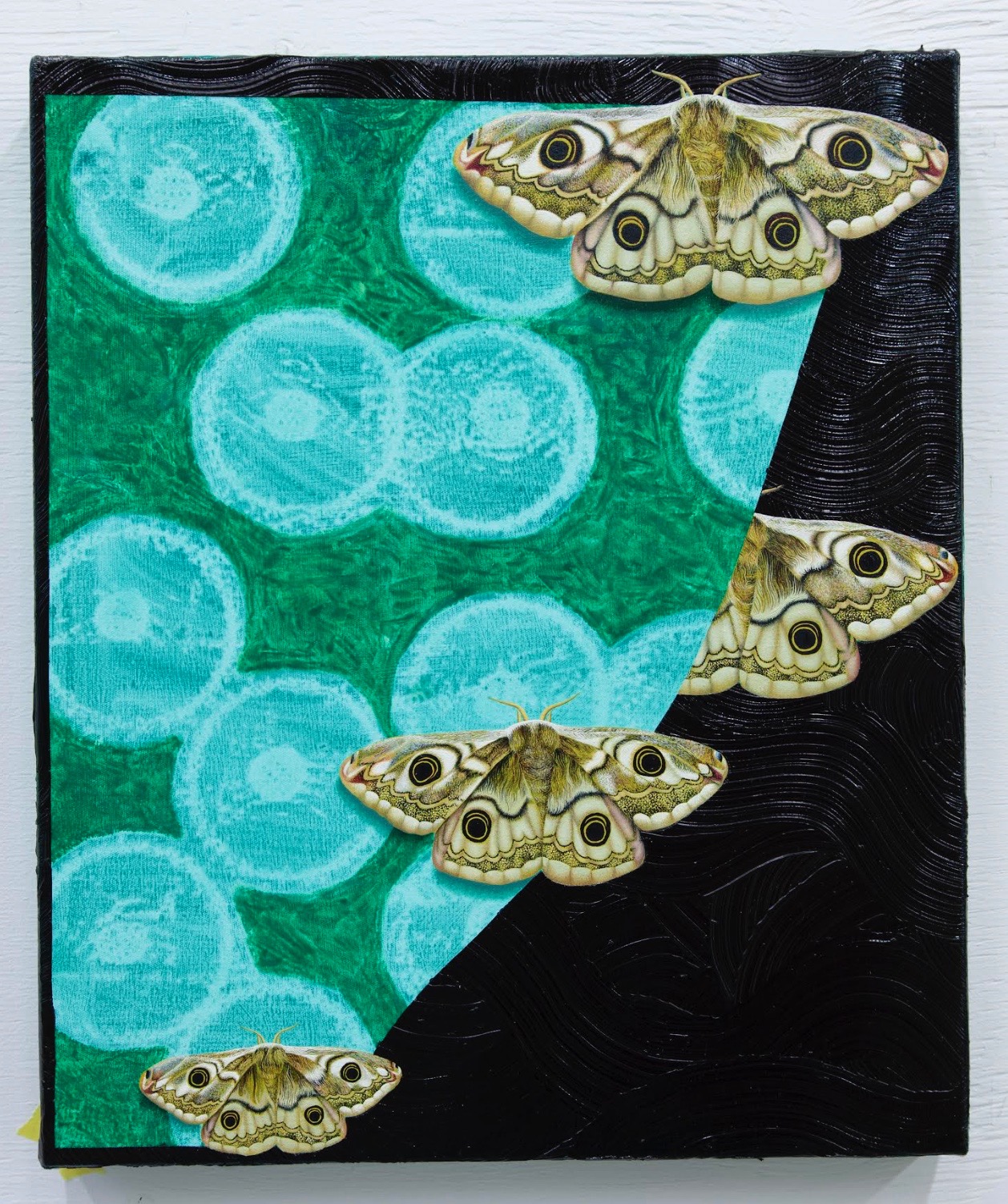 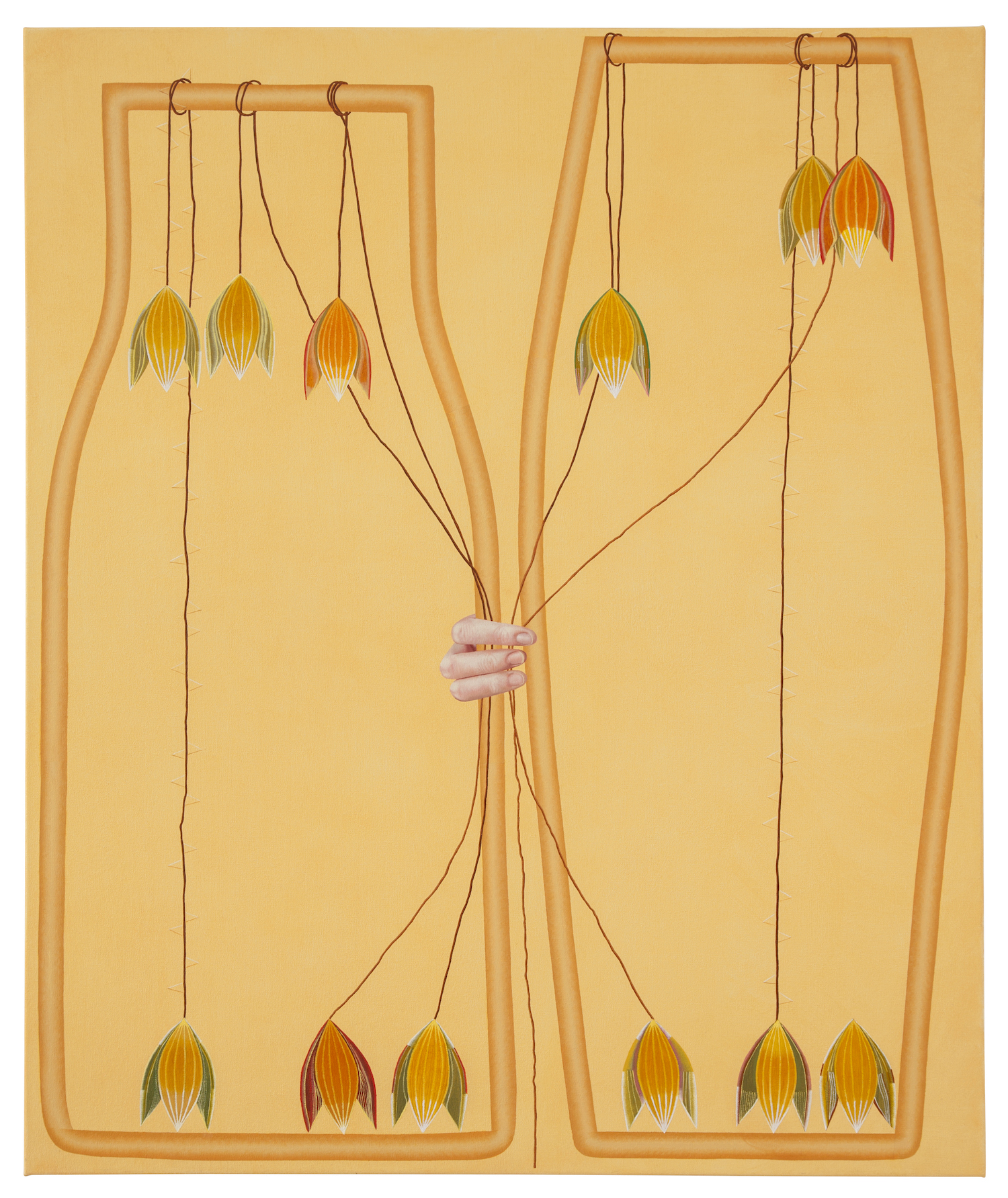 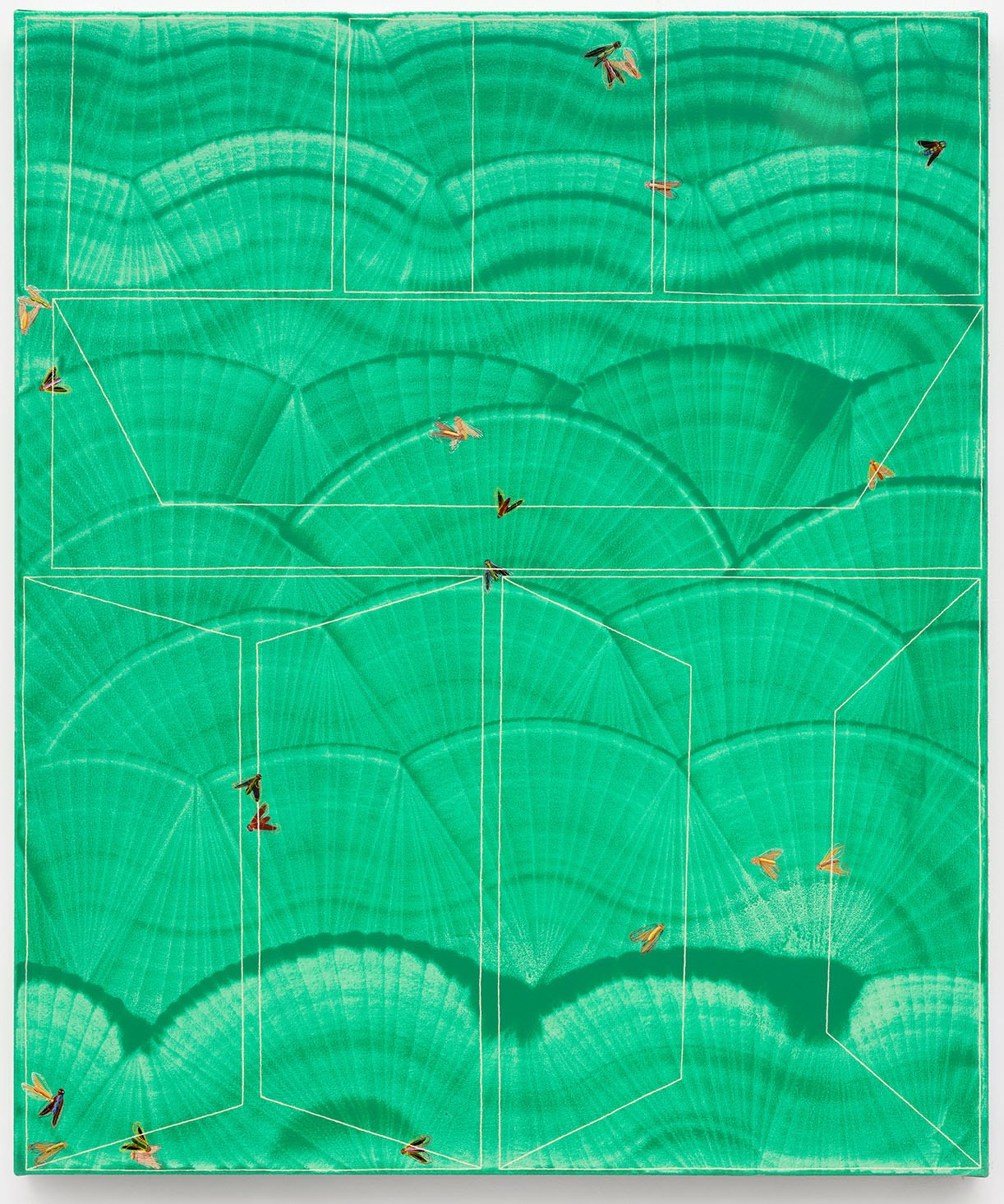 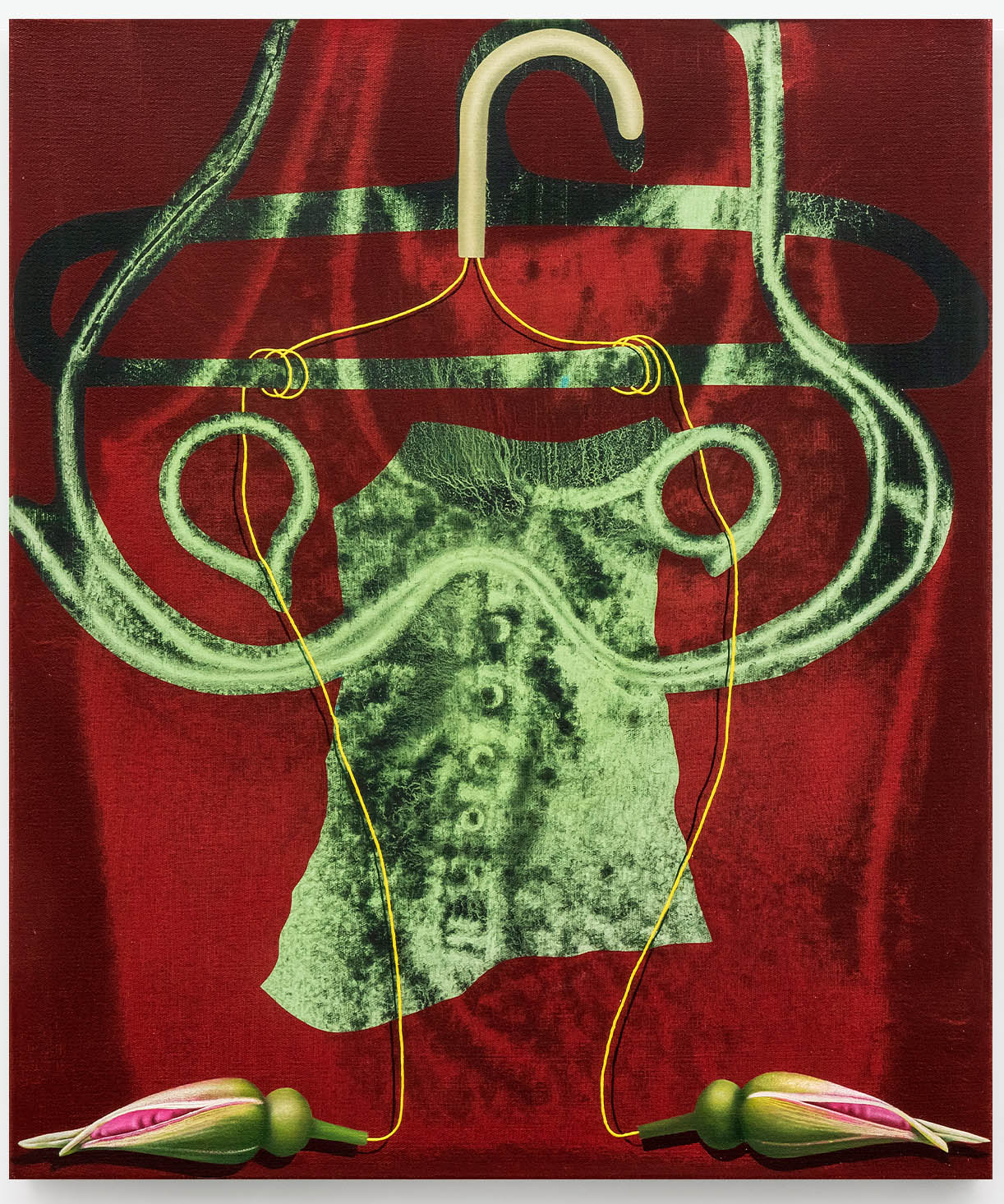 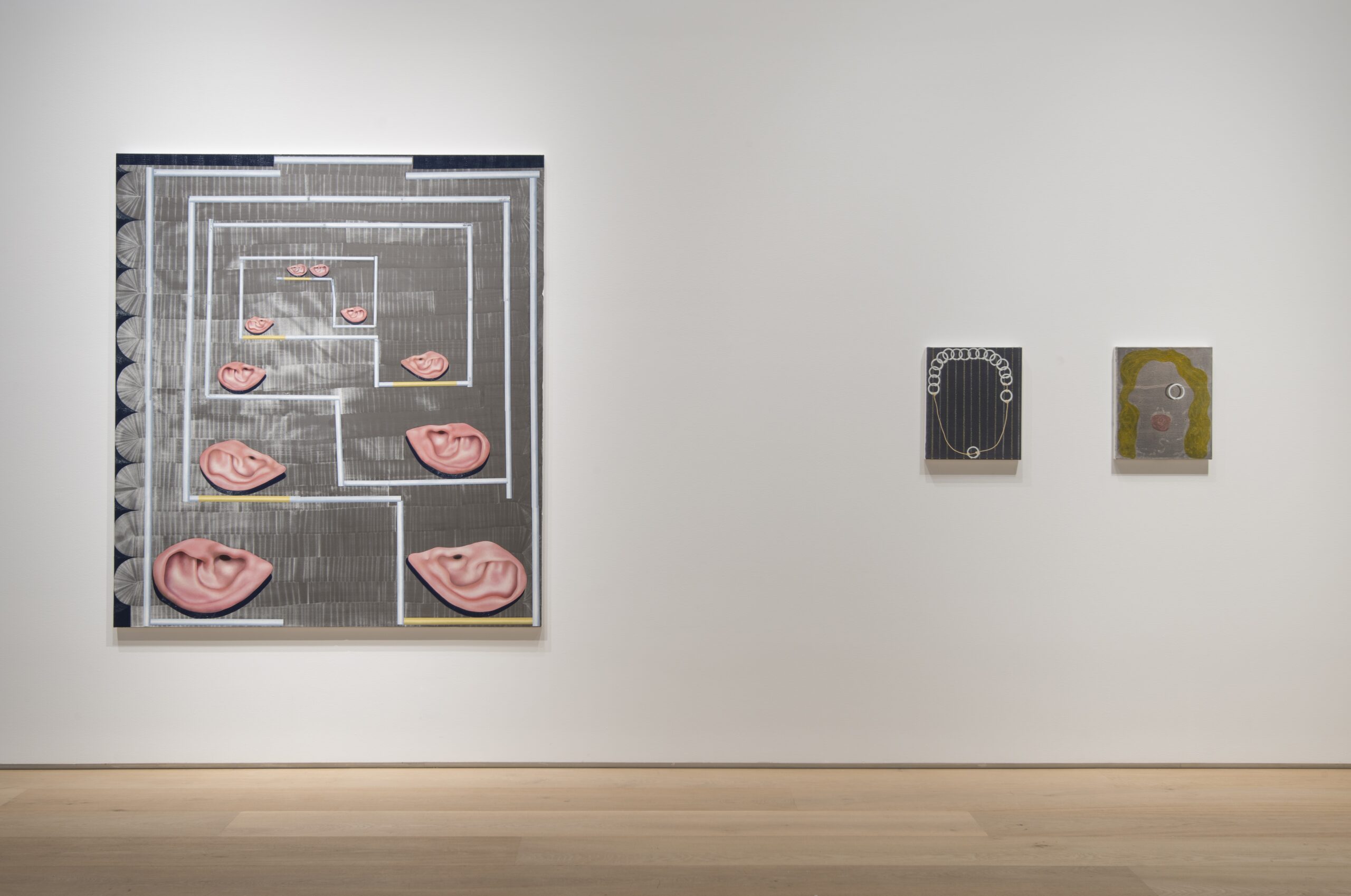 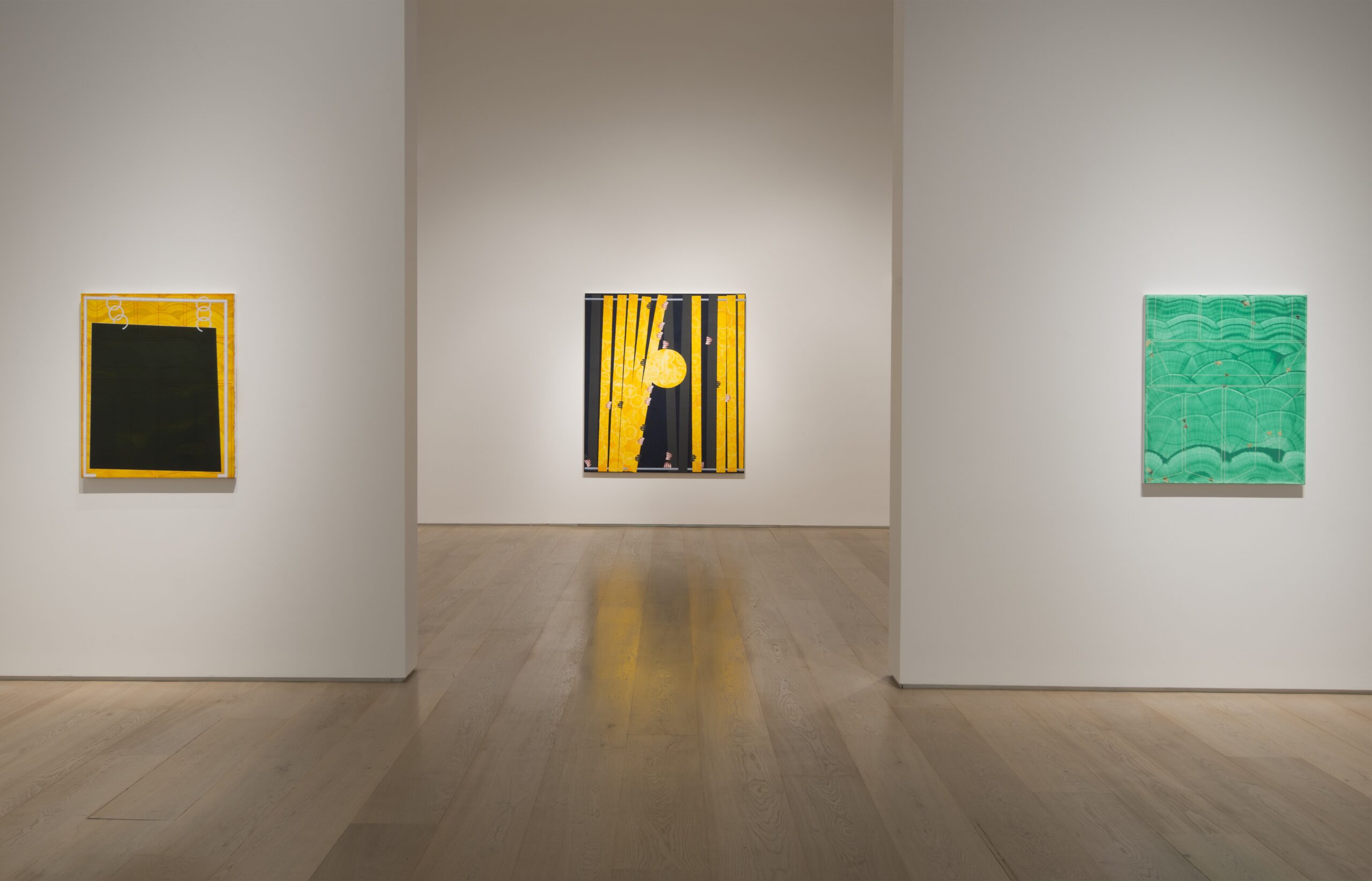 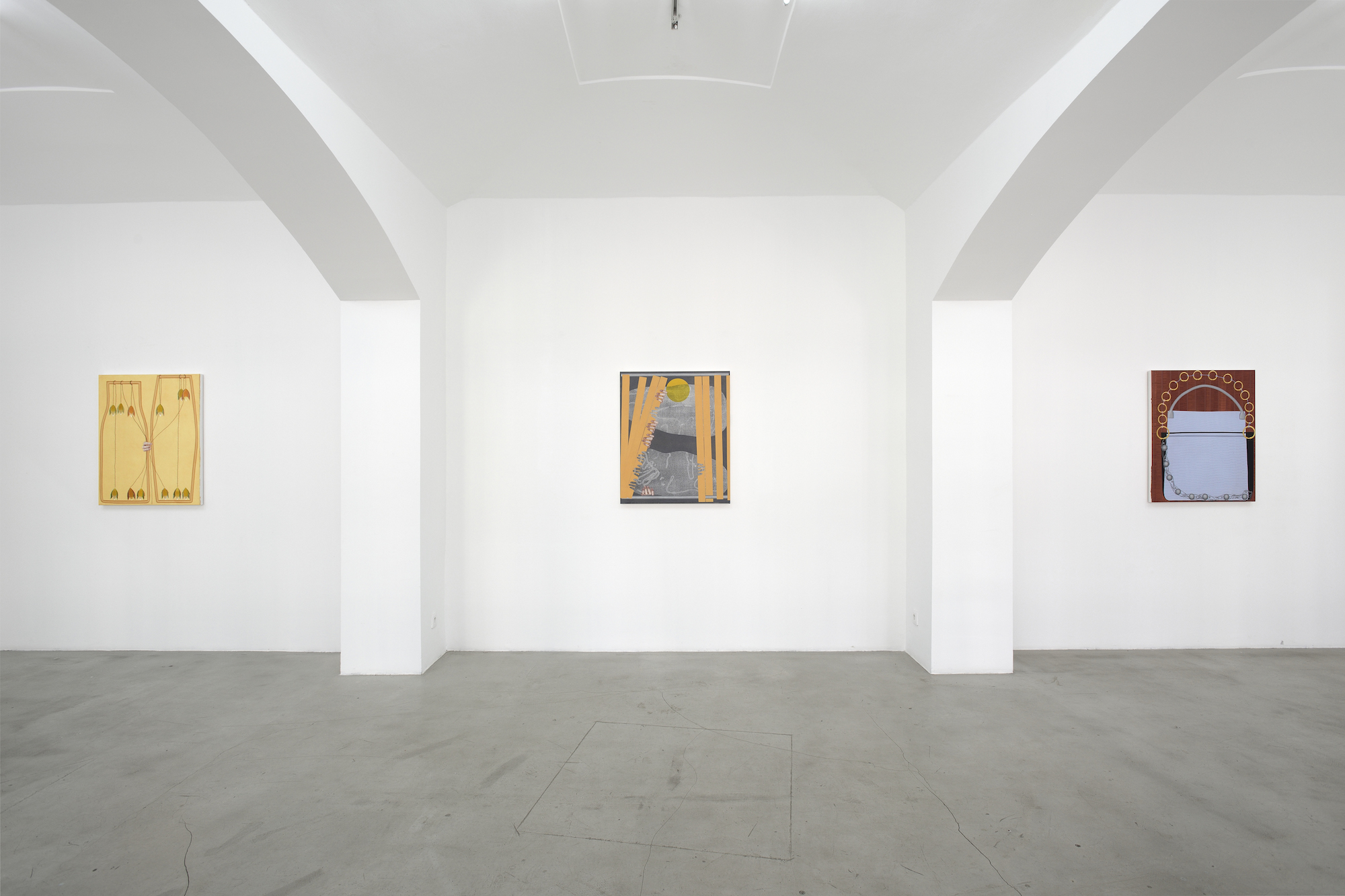 Veronika Pausova’s oil paintings are theatrical assemblages played out by a cast of unexpected characters: lacquered fruit flies and spiders, powdery moths, drooping flowers, disembodied toes, fingers, and ears. Funny and captivating, the unique actors populating her paintings are each rendered with exceptional skill and control, as she combines hyper-realistic precision with experimental paint applications like soaking the canvas with imbibed sponges and fabric. Pulling and leaping across the canvases, Pausova’s human and non-human entities are united by trajectories of their own making—hands grasping their own frame, gangly legs galloping away, a nipple held onto the canvas with but a thread—which together illustrate an ensnaring story unfolding before us. Imbued with humour and playfulness, Pausova’s painterly lexicon is both alluring and perplexing, and seemingly in perpetual metamorphosis across a cosmos of possible states, places, and times. Pausova ultimately creates graphic paintings that marry nonsense and narrative, offsetting her skill and precision with her sense of humour to create surreal compositions that are uniquely hers.

Veronika Pausova was born in Prague, Czech Republic and is currently based in Monetville, Canada. She received her BFA from Glasgow School of Art in 2009 and her MFA from Virginia Commonwealth University in 2013. She has presented solo and two-person exhibitions at the Esker Foundation (Calgary), The Sunday Painter (London), Simone Subal (New York), and Bradley Ertaskiran (Montreal), among others. Pausova’ work has been included in group exhibitions at Perrotin (Paris), the Remai Modern (Saskatoon), Oakville Galleries (Oakville), Public Gallery (London), Andrehn Schiptjenko (Stockholm), and Bureau (New York). Her work has been featured in Art in America, Canadian Art, and The New Yorker, and is the subject of a forthcoming monograph published in collaboration with the Esker Foundation.

Born in 1987 in Prague, Czech Republic

Lives and works in Monetville, Canada