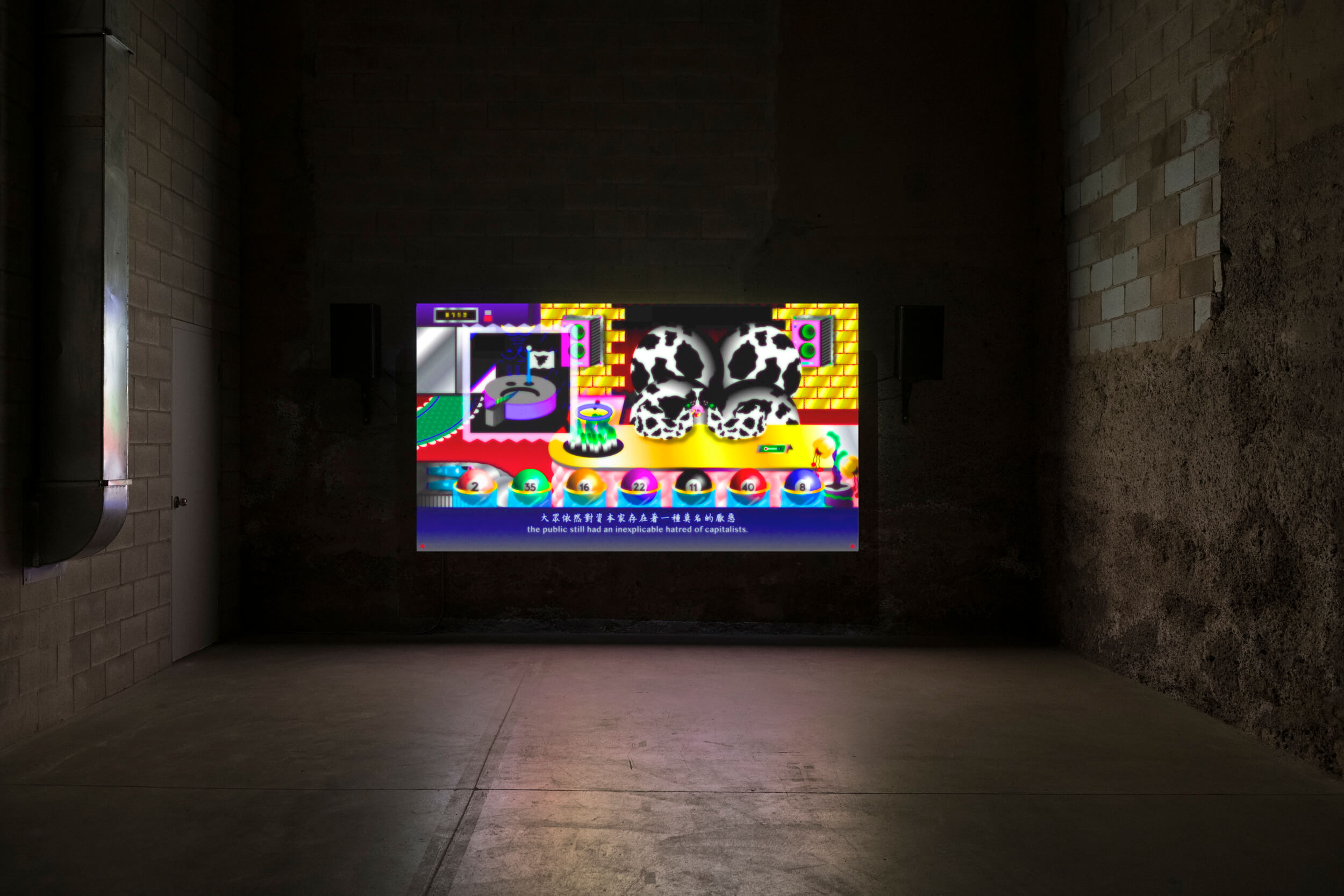 September 11 to October 31, 2020 :
Free access to the public during the gallery’s opening hours.

Bradley Ertaskiran is delighted to present a screening of Wong Ping’s Fables 2 in the bunker space.

Wong Ping’s Fables 2 is comprised of two back-to-back animations, each of which presents a fictional story with imaginary characters, communicating a moral lesson to the viewer. Jumping between the tales of a wealthy imprisoned cow and a con-joined triplet rabbit, this work touches upon issues of greed, incarceration, digital consumerism, narcissism, and desire.

Despite the vibrant and childlike aesthetic, the films address systemic issues that affect our contemporary daily lives. Ultimately, Wong Ping’s Fables 2 is a cynical and cuttingly wry source of insight into societal behavior. His unique visual language helps to diffuse the lewd and offbeat stories that explore the dark corners of human nature.

Wong Ping was born in Hong Kong, and received his BA from Curtin University, Perth, Australia in 2005. In 2018, he was the recipient of the inaugural Camden Arts Centre Emerging Arts Prize at Frieze London, and in 2019, he was one of the winners of The Ammodo Tiger Short Competition at the 48th International Film Festival Rotterdam.