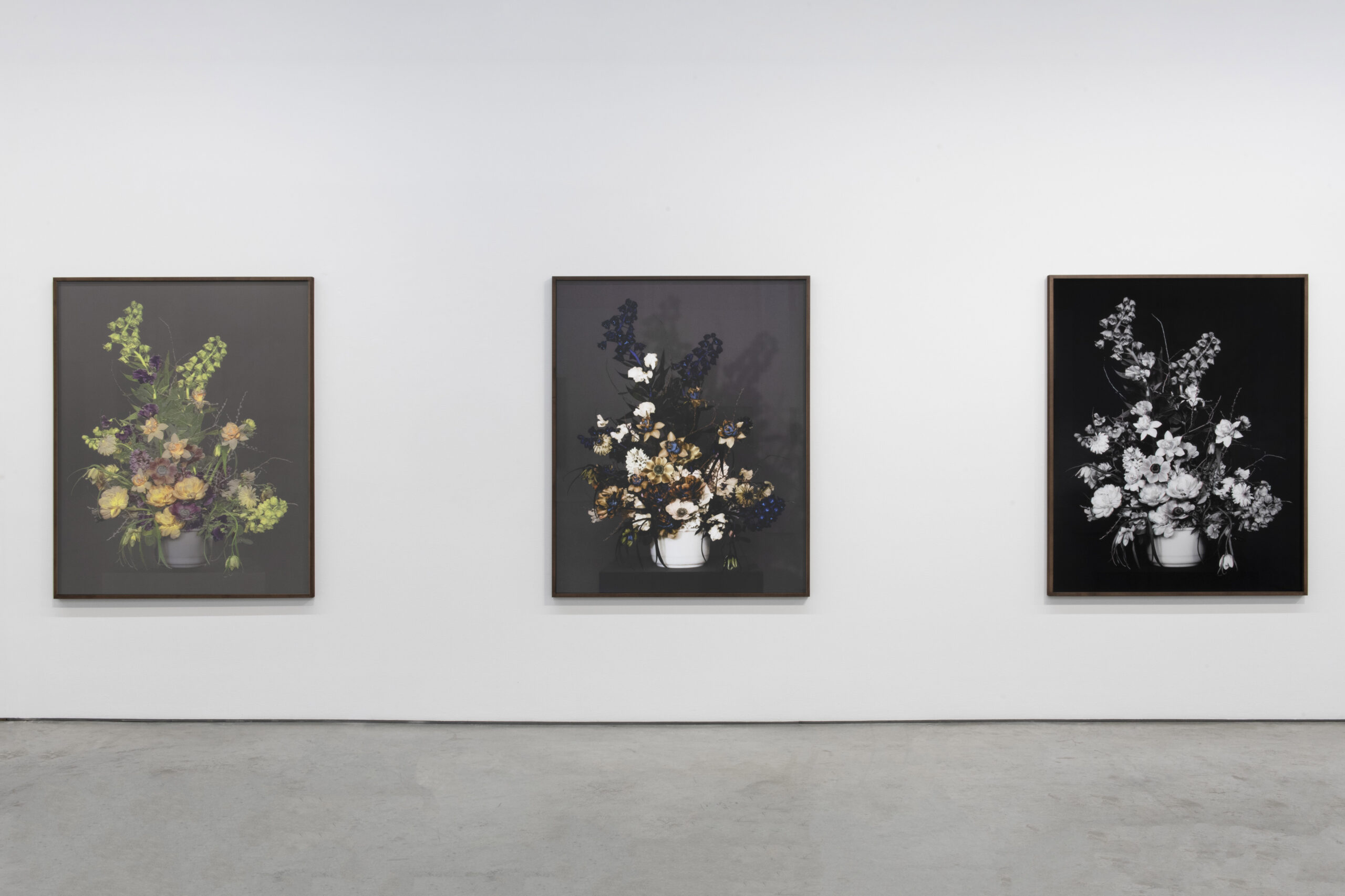 Mariphasa lupine lumina references a rare selenotropic and phosphorescent flower from the 1935 movie Werewolf of London. Entirely fictional, capable of producing its own light and following the light of the moon, the flower operates outside of reality, a sort of poetic expression of Eaton’s ongoing experimentation and mastery of her medium in order to create photographs outside of normal visual perception.

Over the past decade, Eaton has interrogated image-making with a complex yet controlled approach. Here, Eaton engages with bas-relief, commonly known as an undercut sculptural relief, but also a little-known photographic process dating back as early as the late-1800s, which, similar to many historic photographic practices that did not favour the realistic or hyper-indexical standards of their time, was left to the dustbins of history. Eaton reinterprets and adapts this traditional process to get it to behave in ways beyond those dictated historically or found in advanced darkroom technique manuals. Like in her Cfaal series, Eaton uses the technical parameters of additive separation exposures to create colour images, harnessing previously unexplored logic and methodology applied to technical constraints. Here and in her larger practice, Eaton not only sees the possibilities in uncovering and reviving techniques that were not fully explored in their lifetime but in pushing them into altogether new realms.

Eaton’s new work centers on striking and seemingly three-dimensional floral arrangements, which upon closer inspection defy depth perception with a deceptive raised or etched surface. And while Eaton’s content summons botanical traditions throughout art history, the Dutch Still Life, Van Gogh’s Sunflowers, it is her illusory effect that makes the photographs impressive and novel. Each petal and leaf is magnified and highly textured; sharply-defined flora intersects with crisp foliage against a matte backdrop, as if flattened within the glass in real-time. Other black-and-white photographs show high-contrast stems in minimal vessels, whose tonal variants are so subtle, so controlled, they appear carved out of illuminated stone. Throughout, soft light seems to generate from within each bloom, not unlike the ultraviolet rays emitted by plants, real or fictional, unseen to the human eye. The overall effect is one of drama and deception, which like Eaton’s previous work, highlights the artist’s methodical and meticulous engagement with process regardless of subject matter.

If the history of photography has privileged speed, ease, and commodity over experimentation and creative failure, then Eaton’s renewal of bygone techniques issues a plea for artistic expression beyond mere reproduction or documentation. Mariphasa lupine lumina not only celebrates the optical trickery and technical mastery with which Eaton has become known, but ultimately pushes the medium forward.

Artist Talk: Join us for a discussion between artists Jessica Eaton and Lucas Blalock on Saturday, November 12th at 3PM, in the context of their respective solo exhibitions. The event is free and open to all. 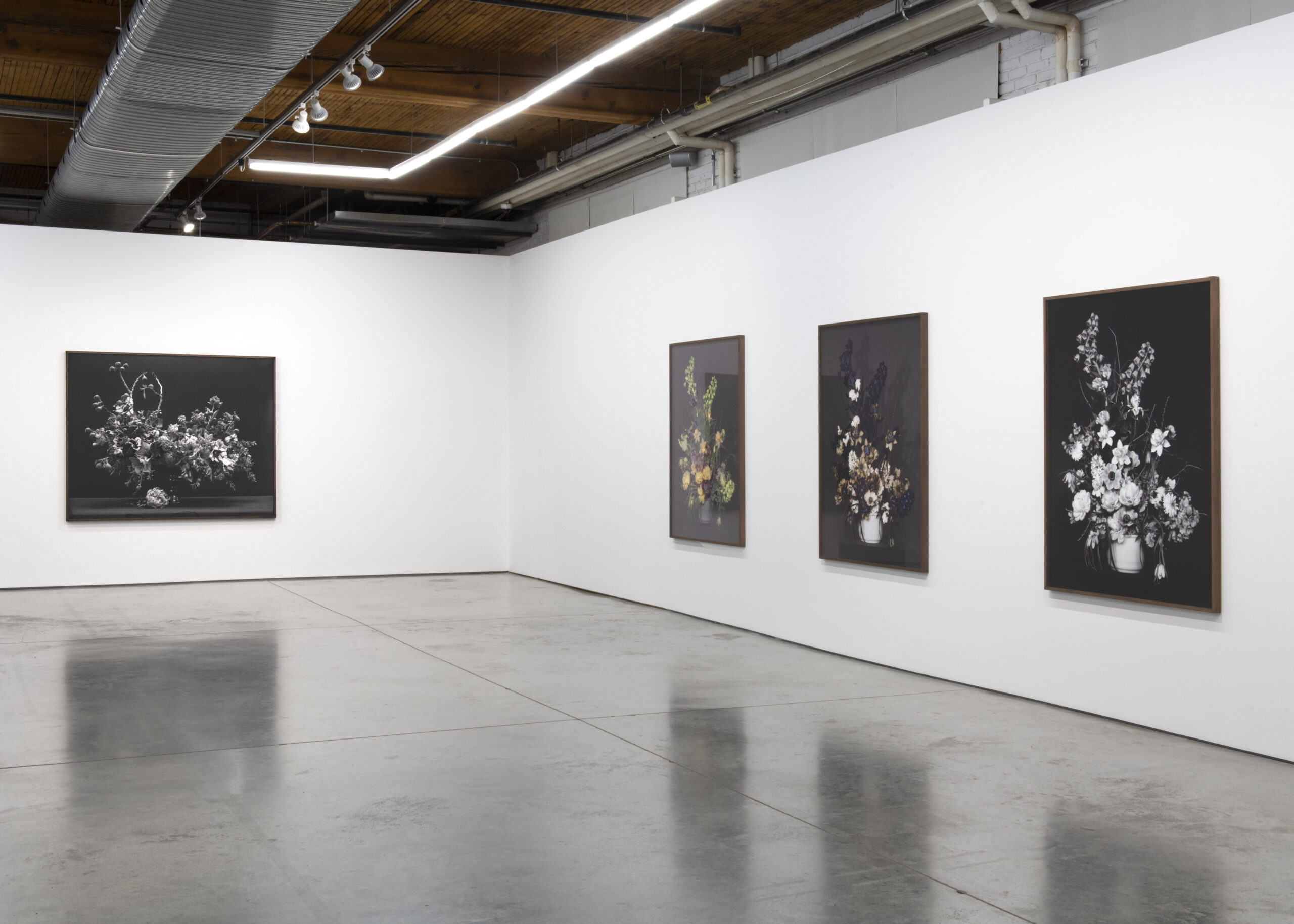 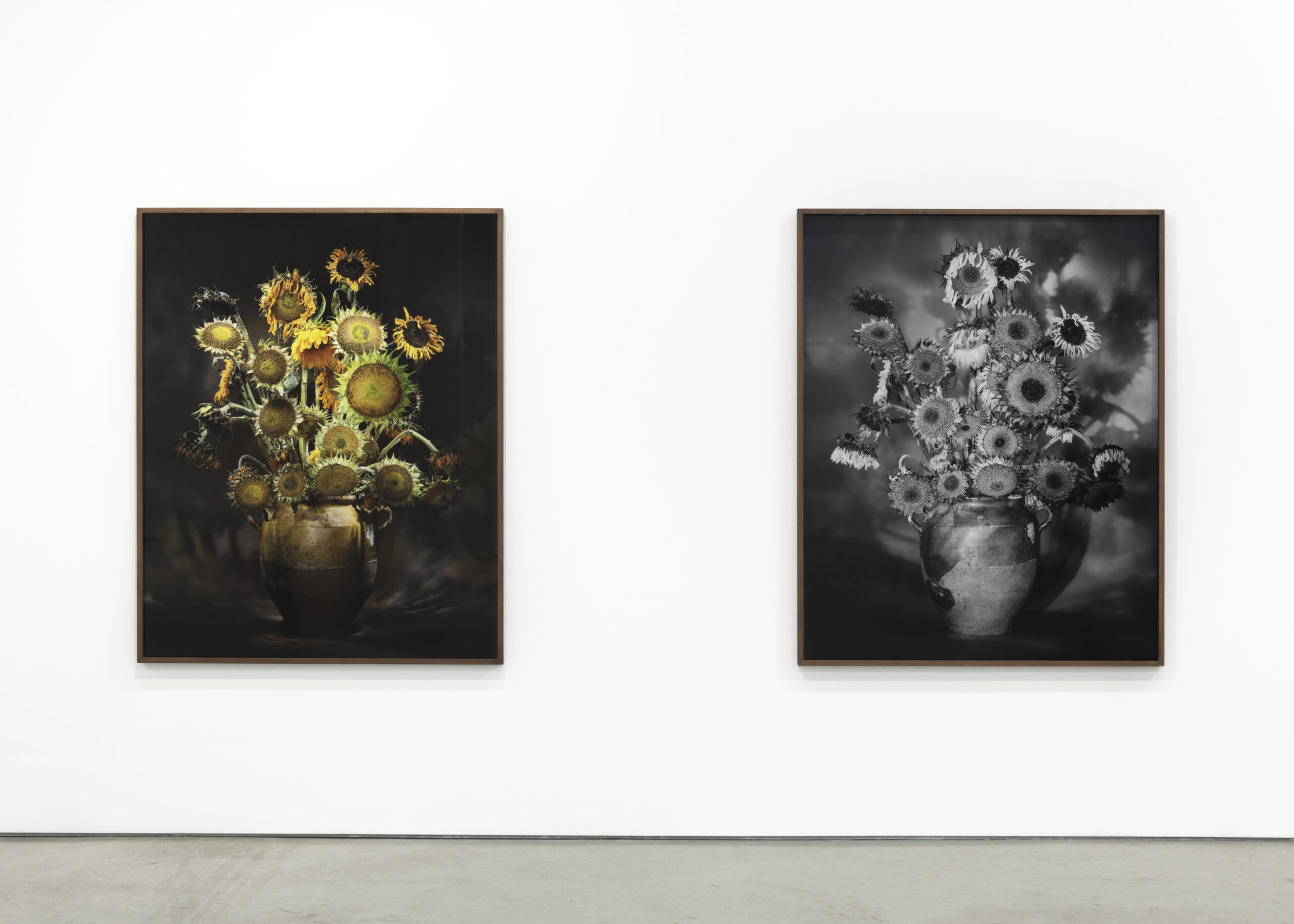 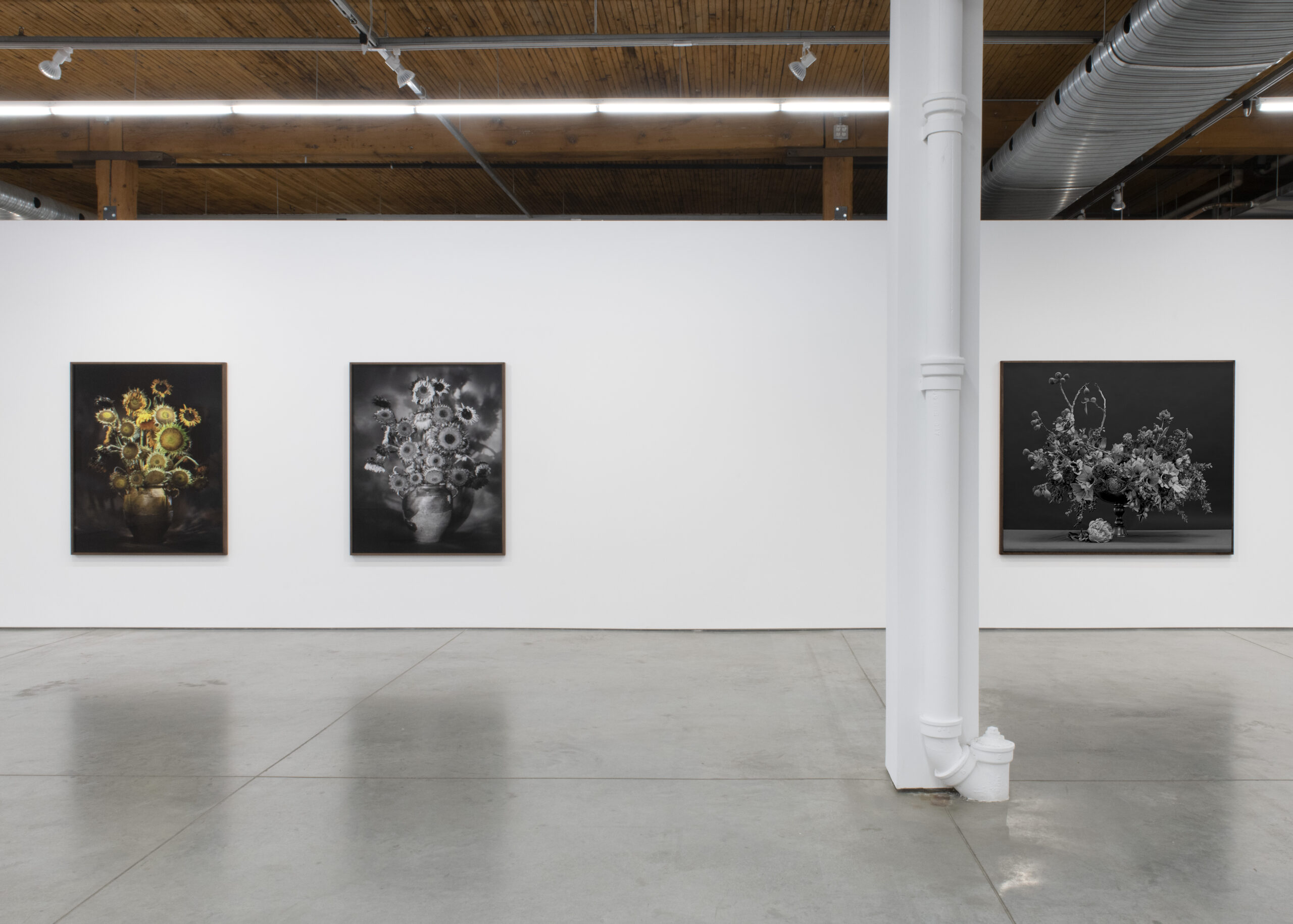 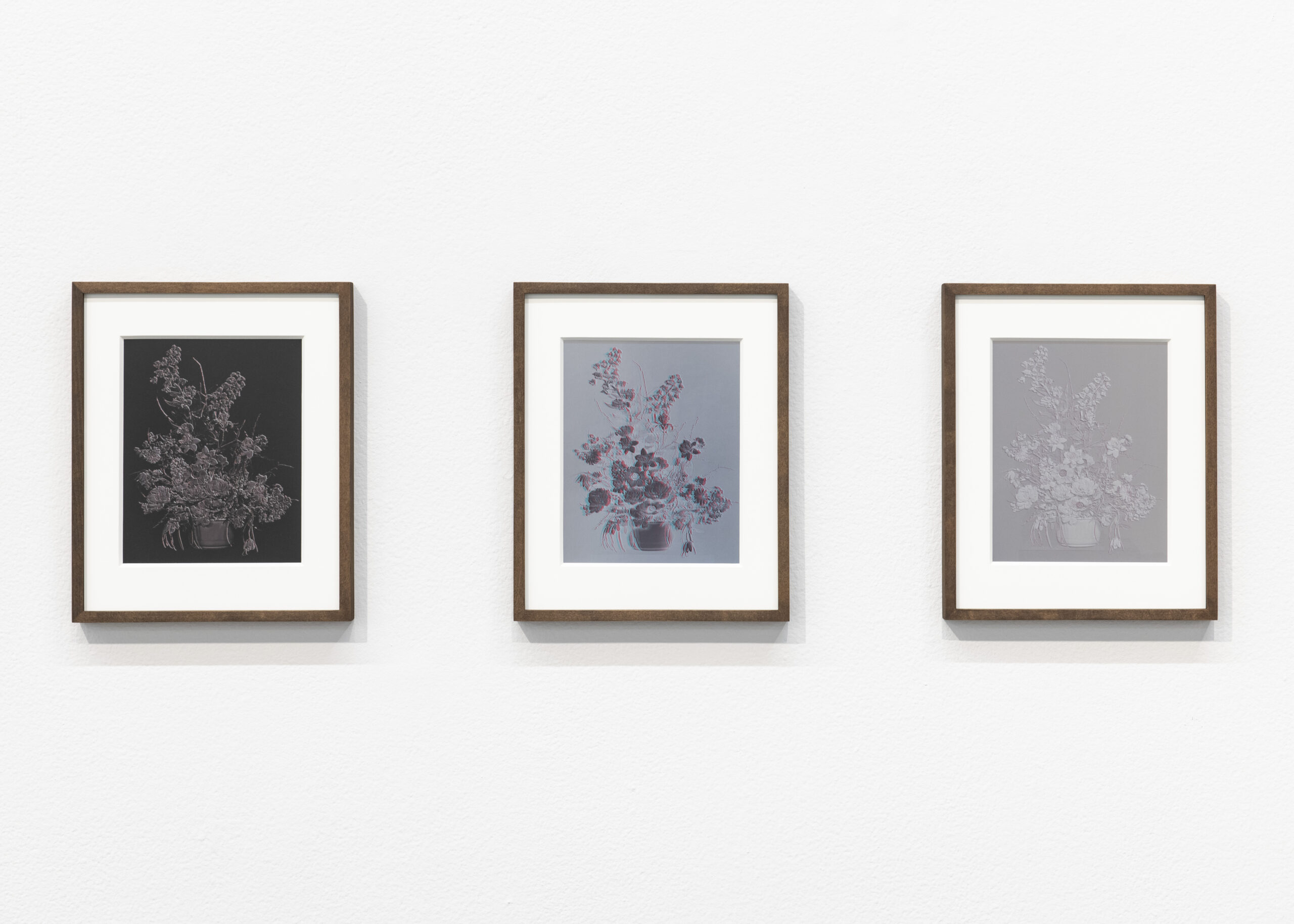 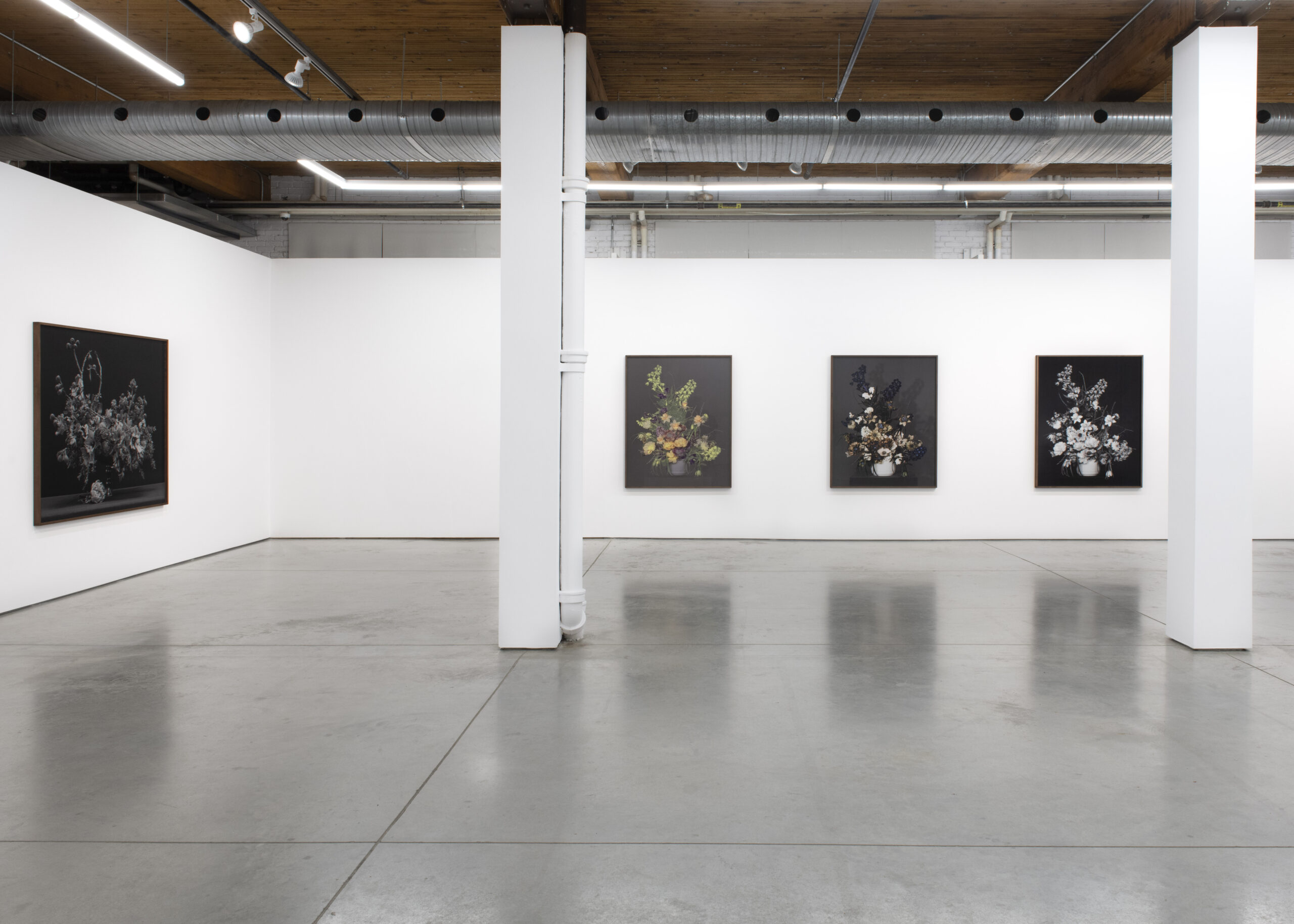 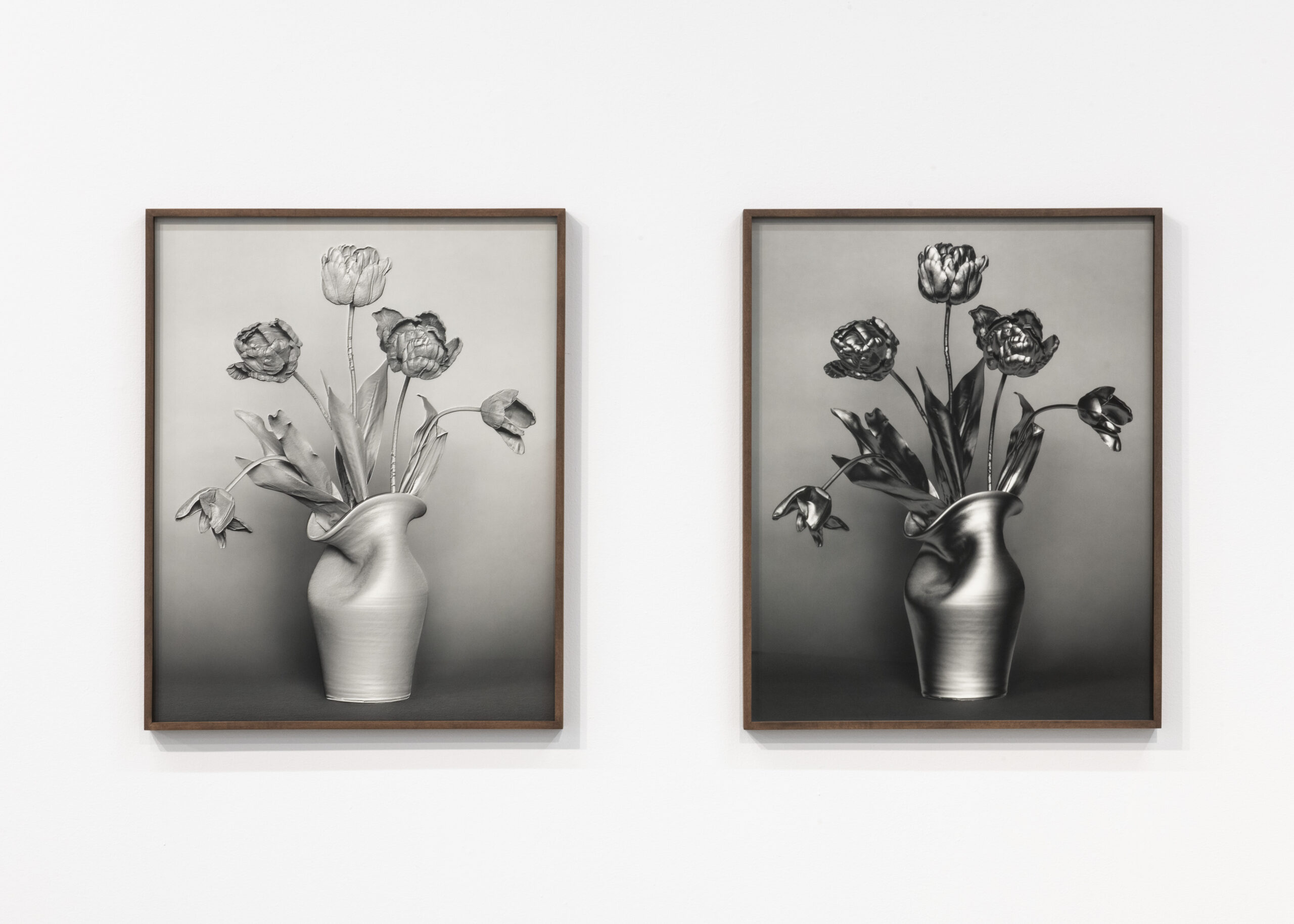 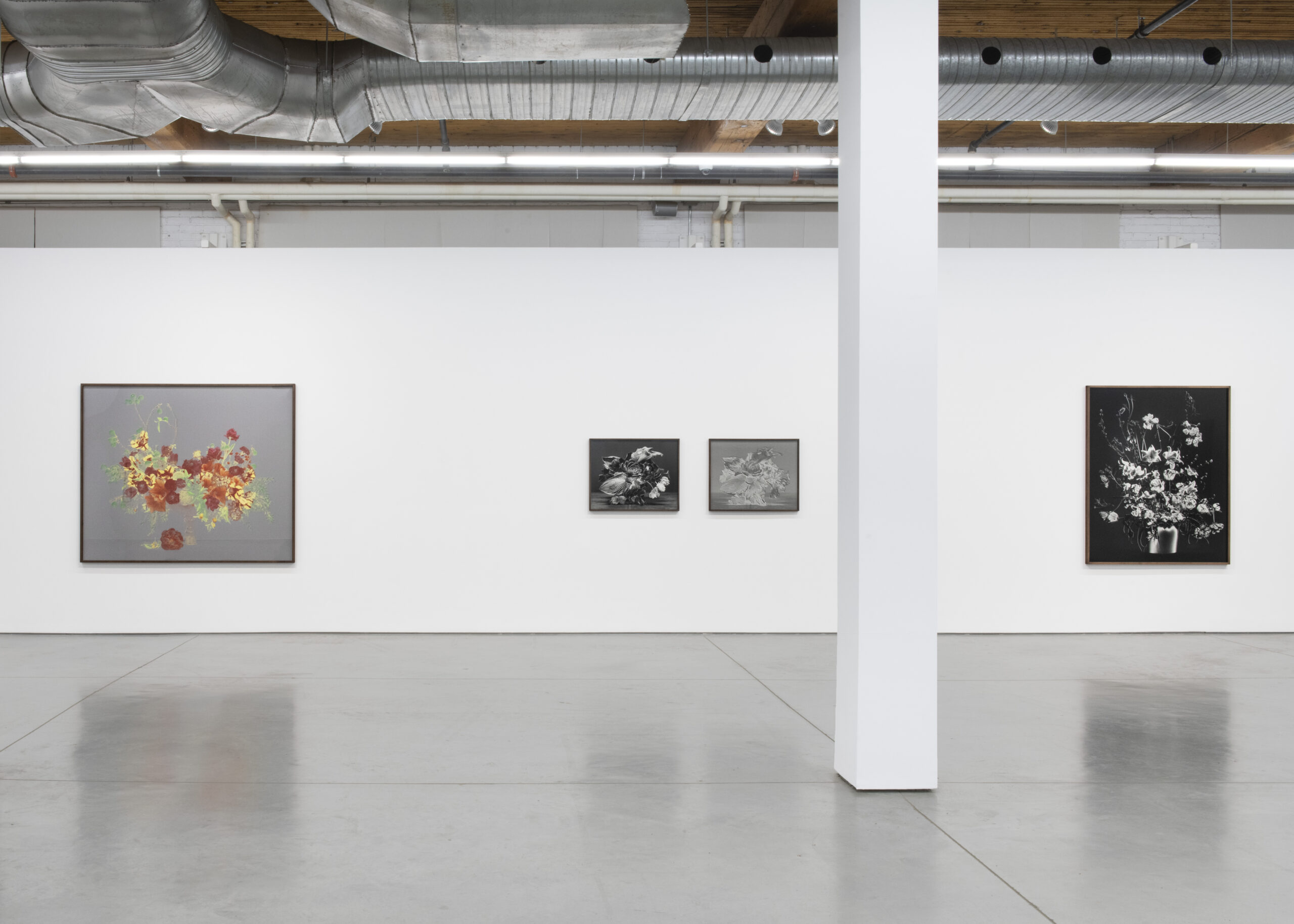 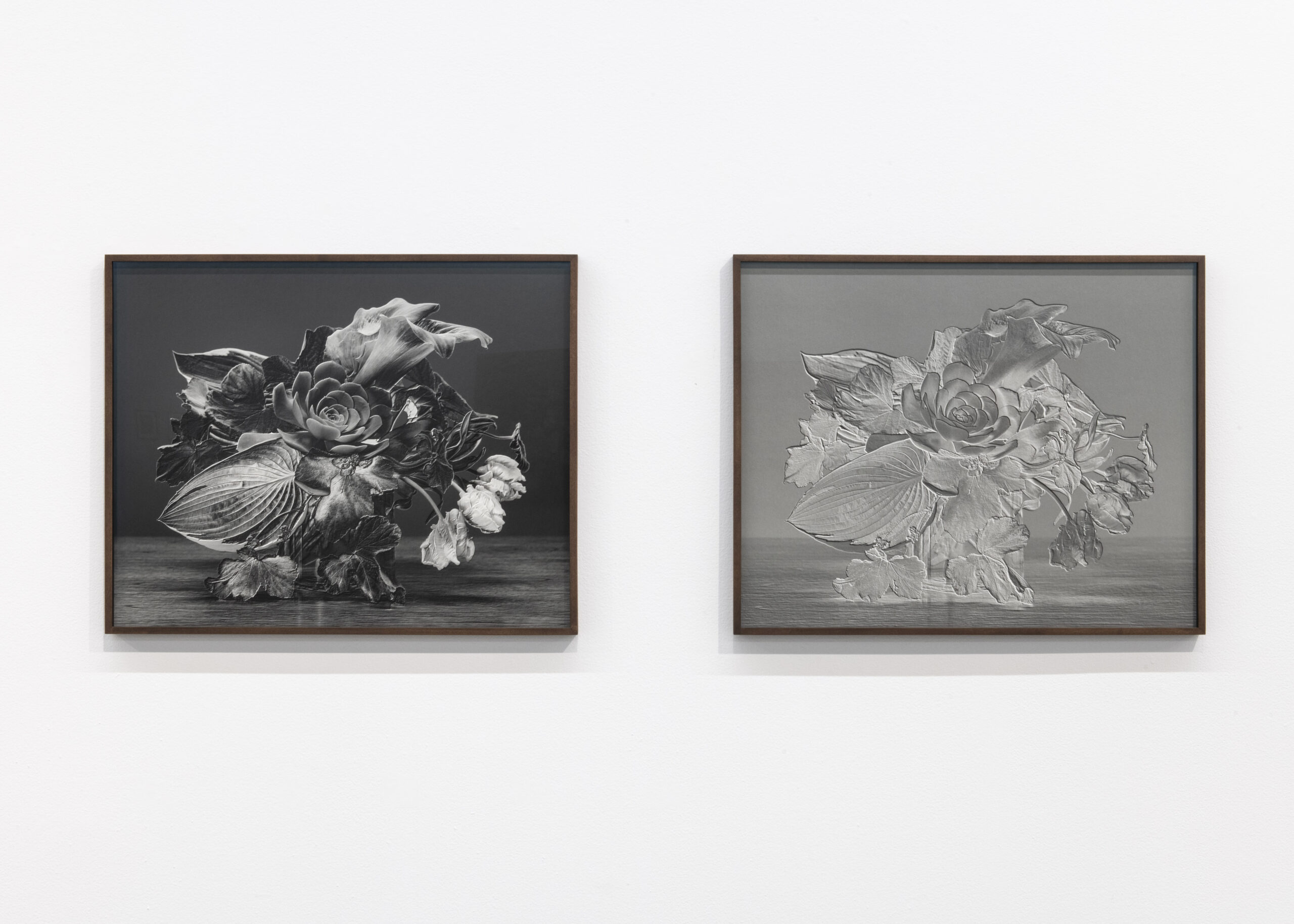 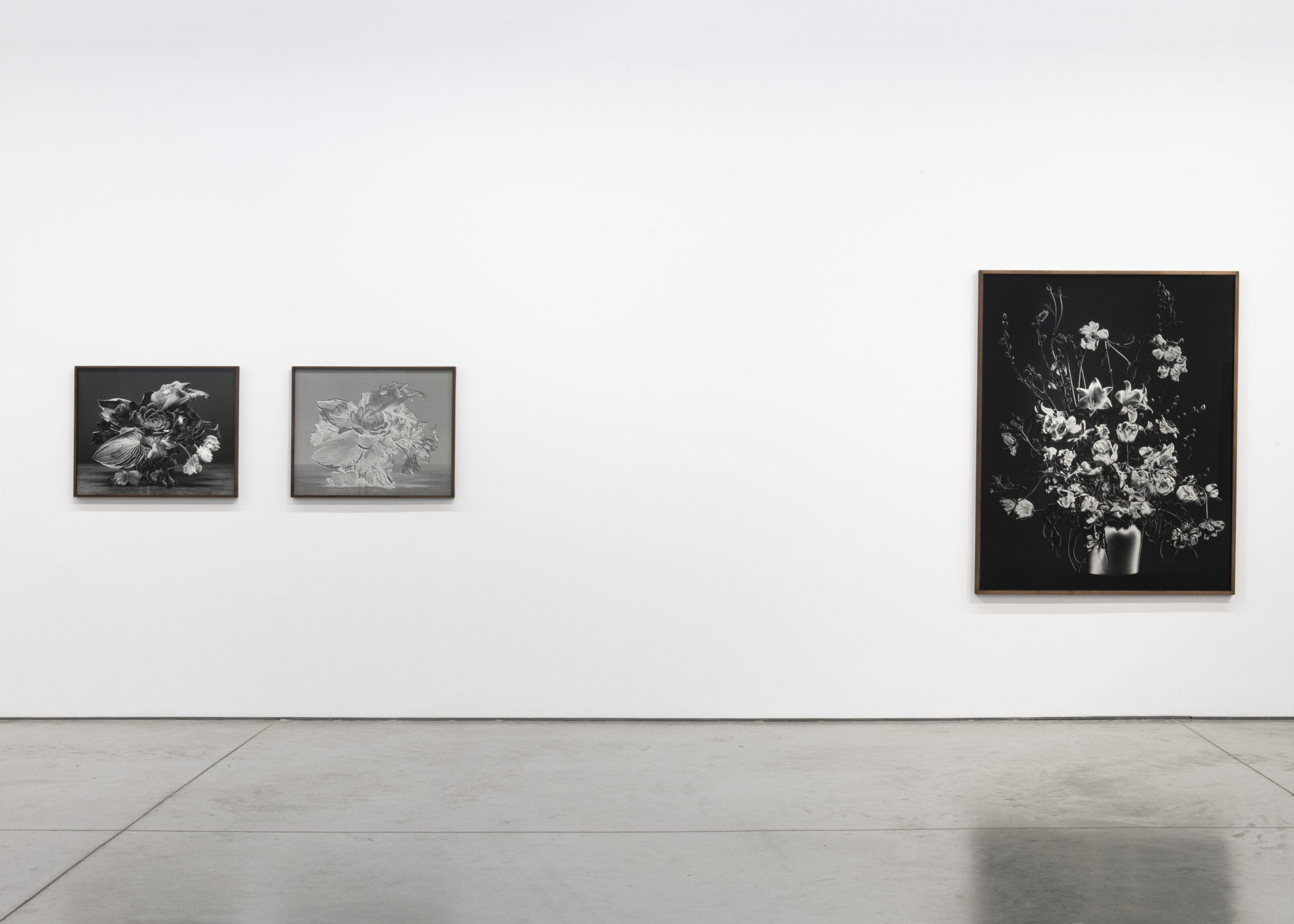 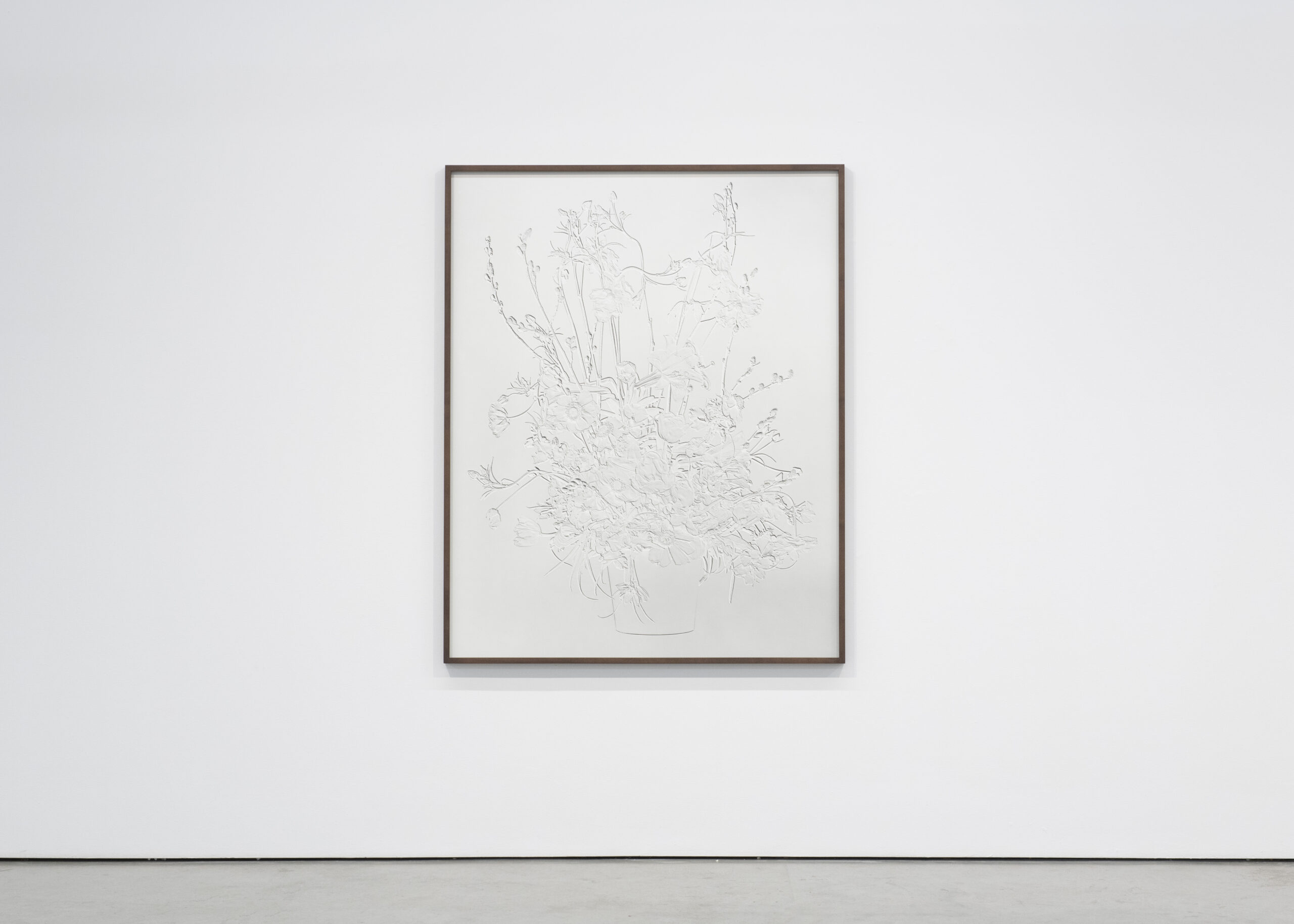 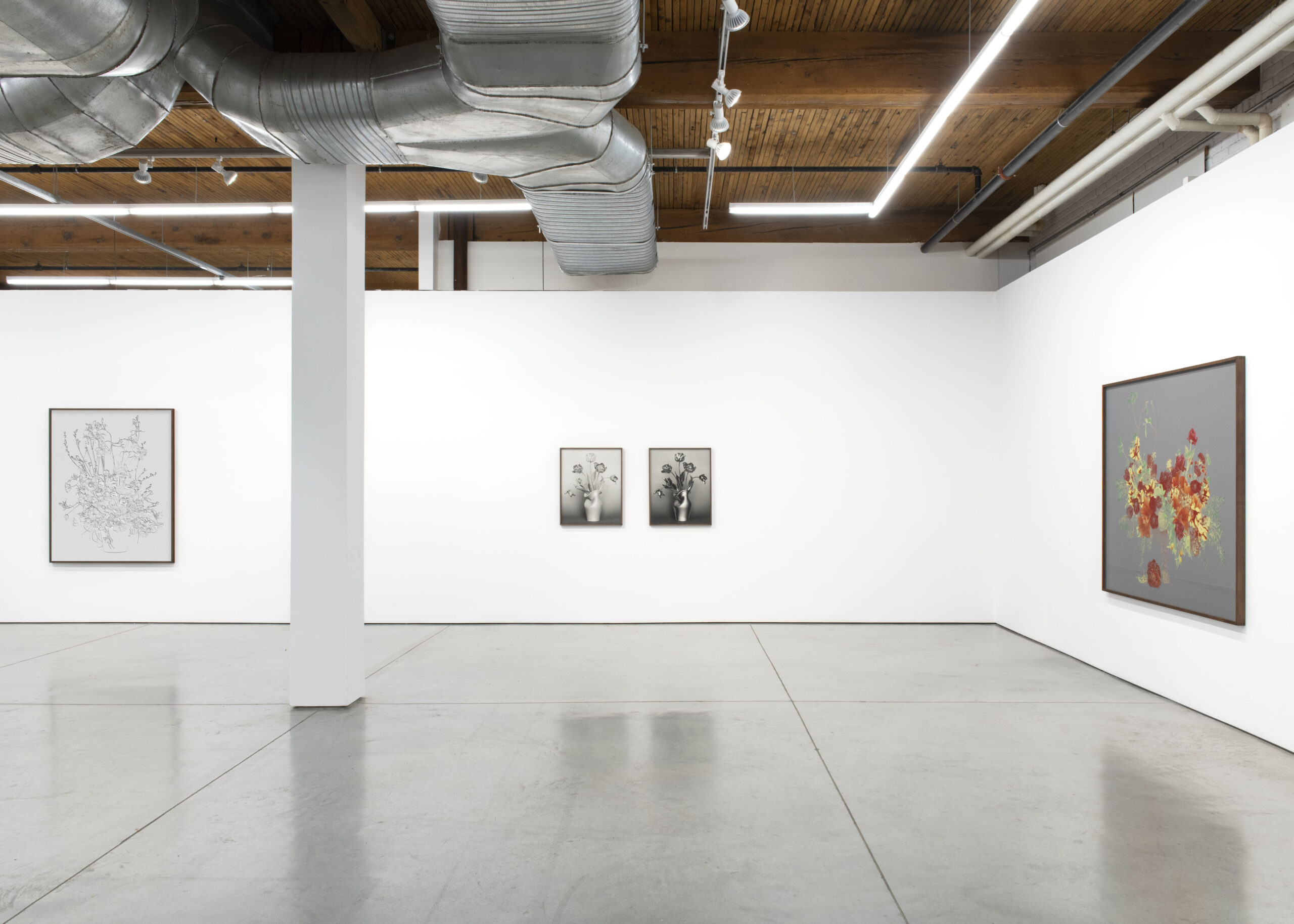 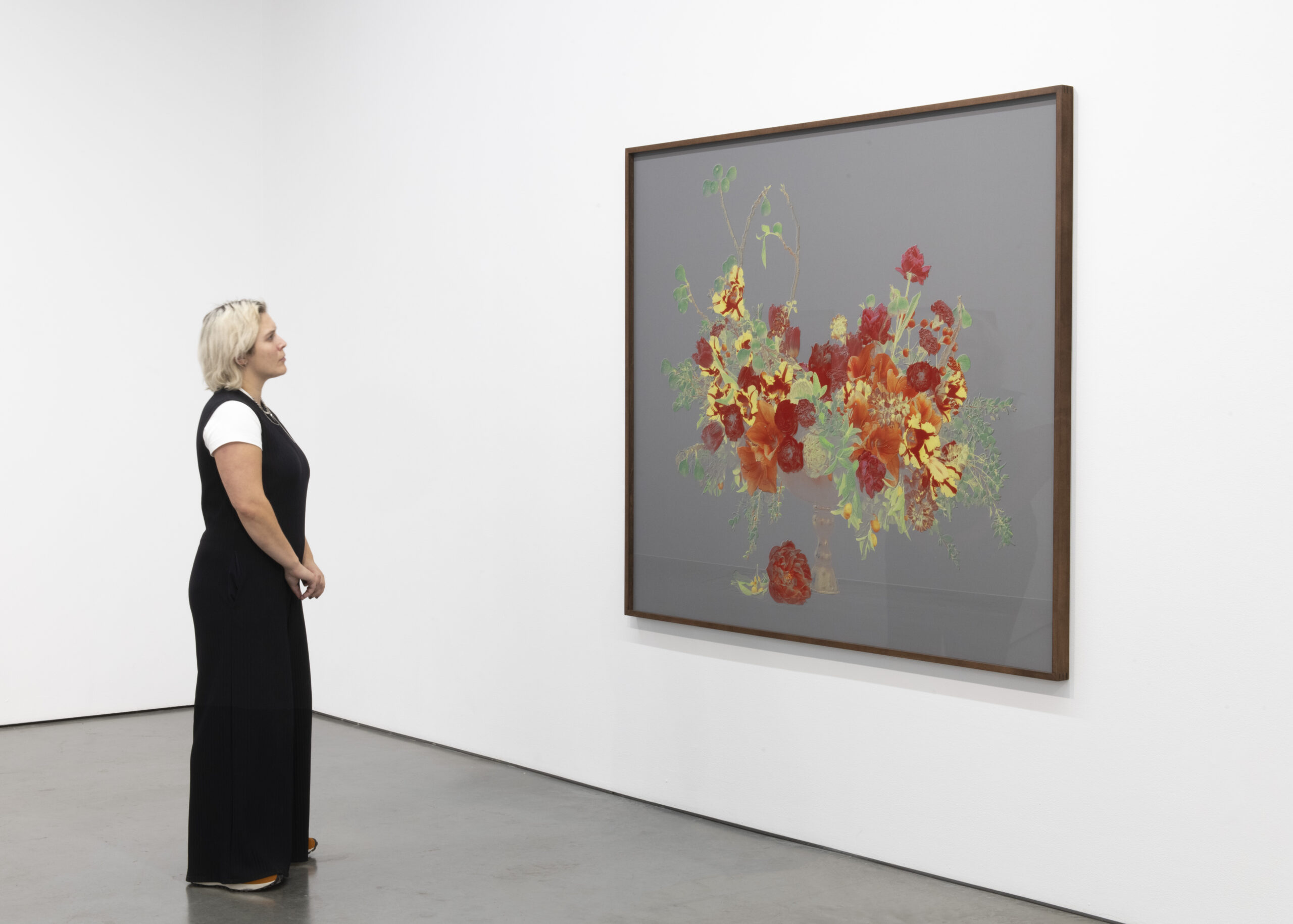 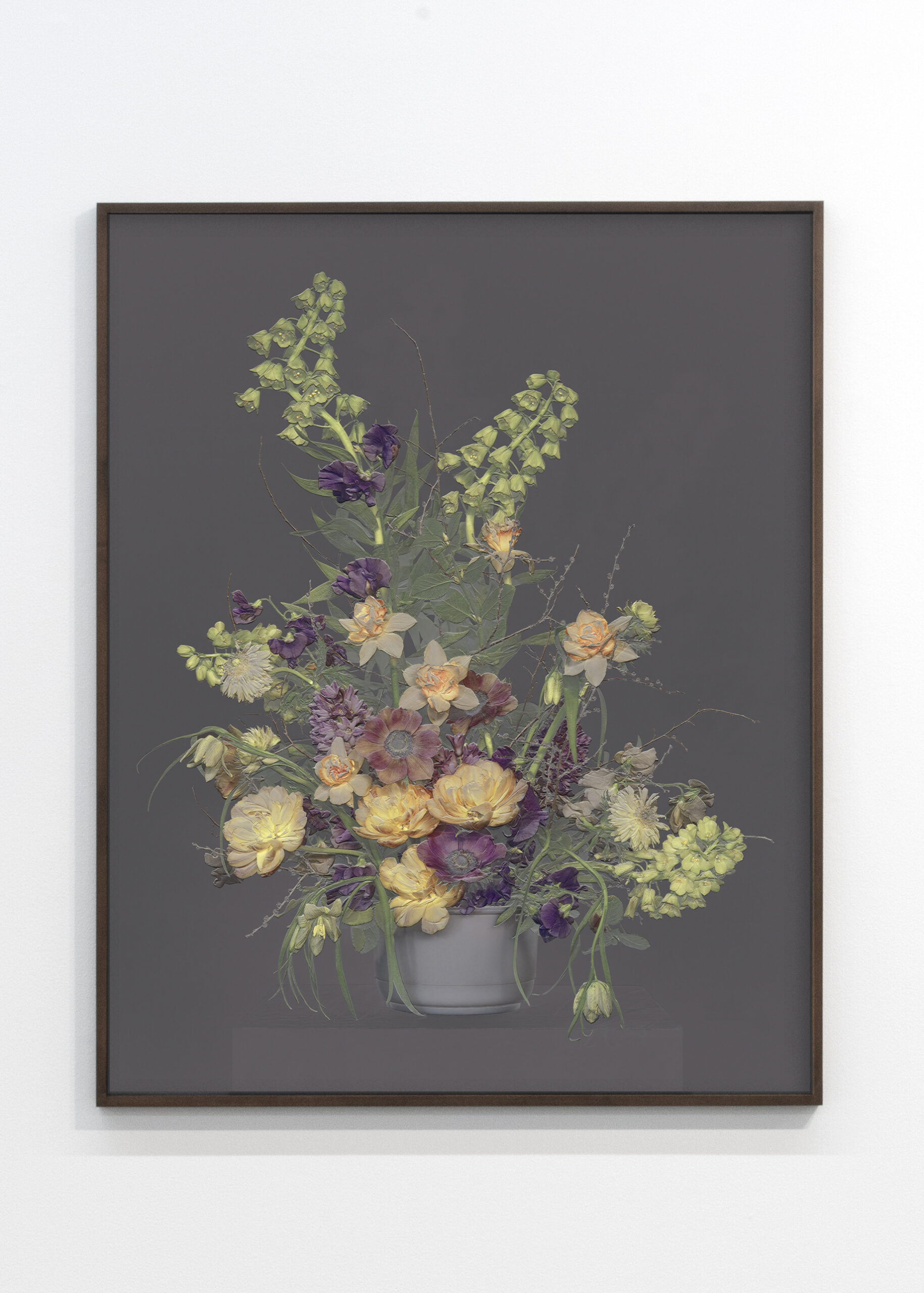 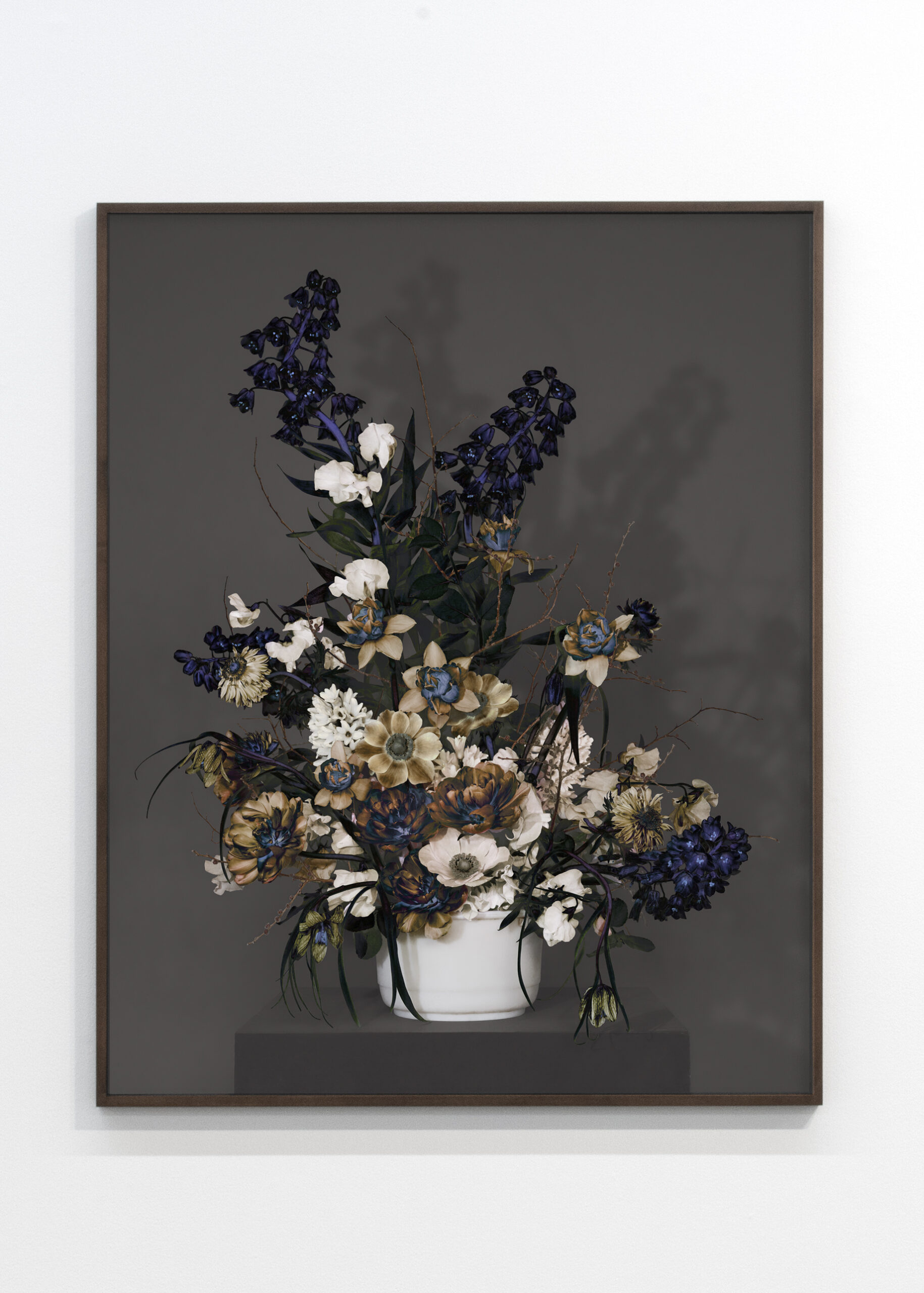 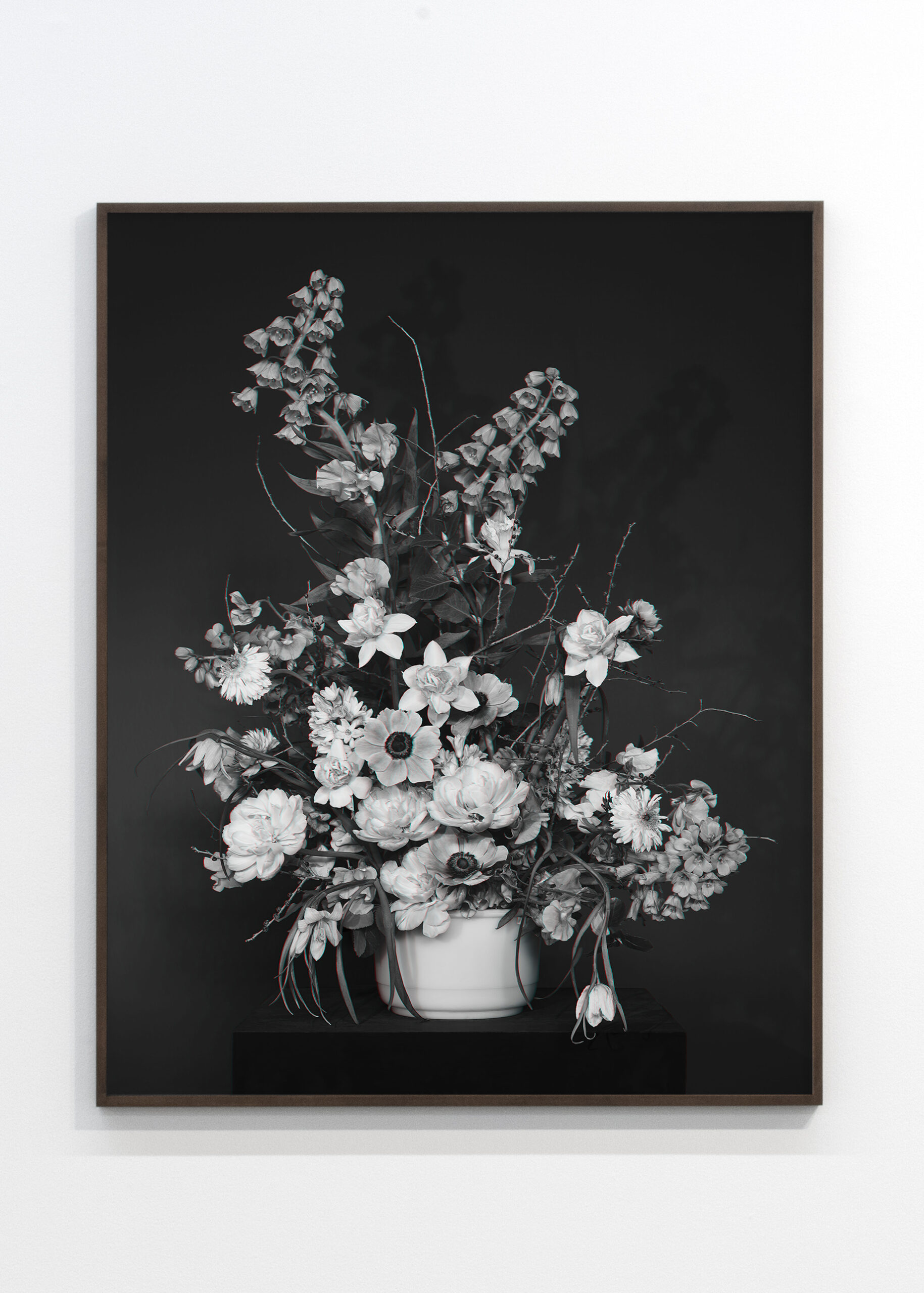