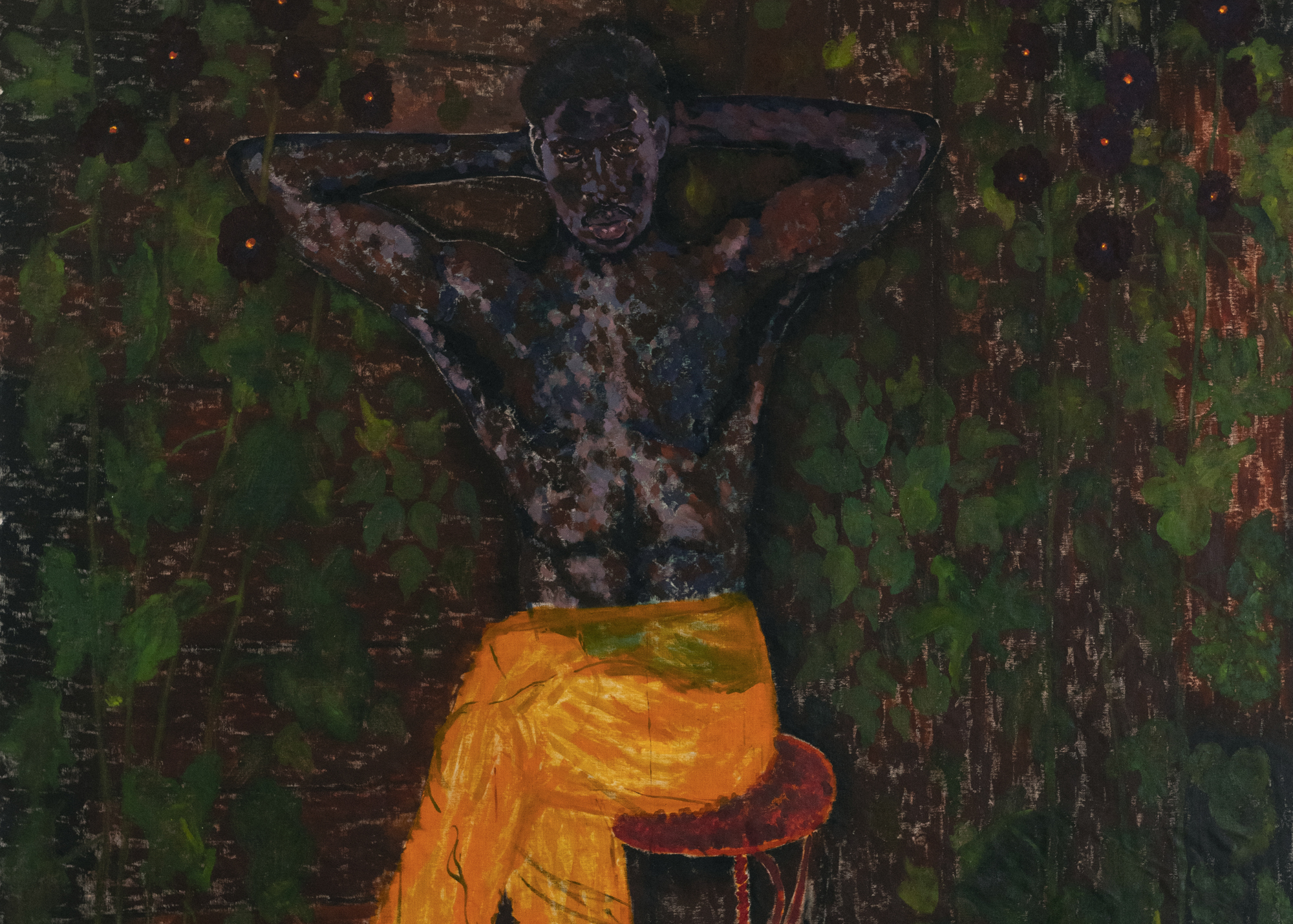 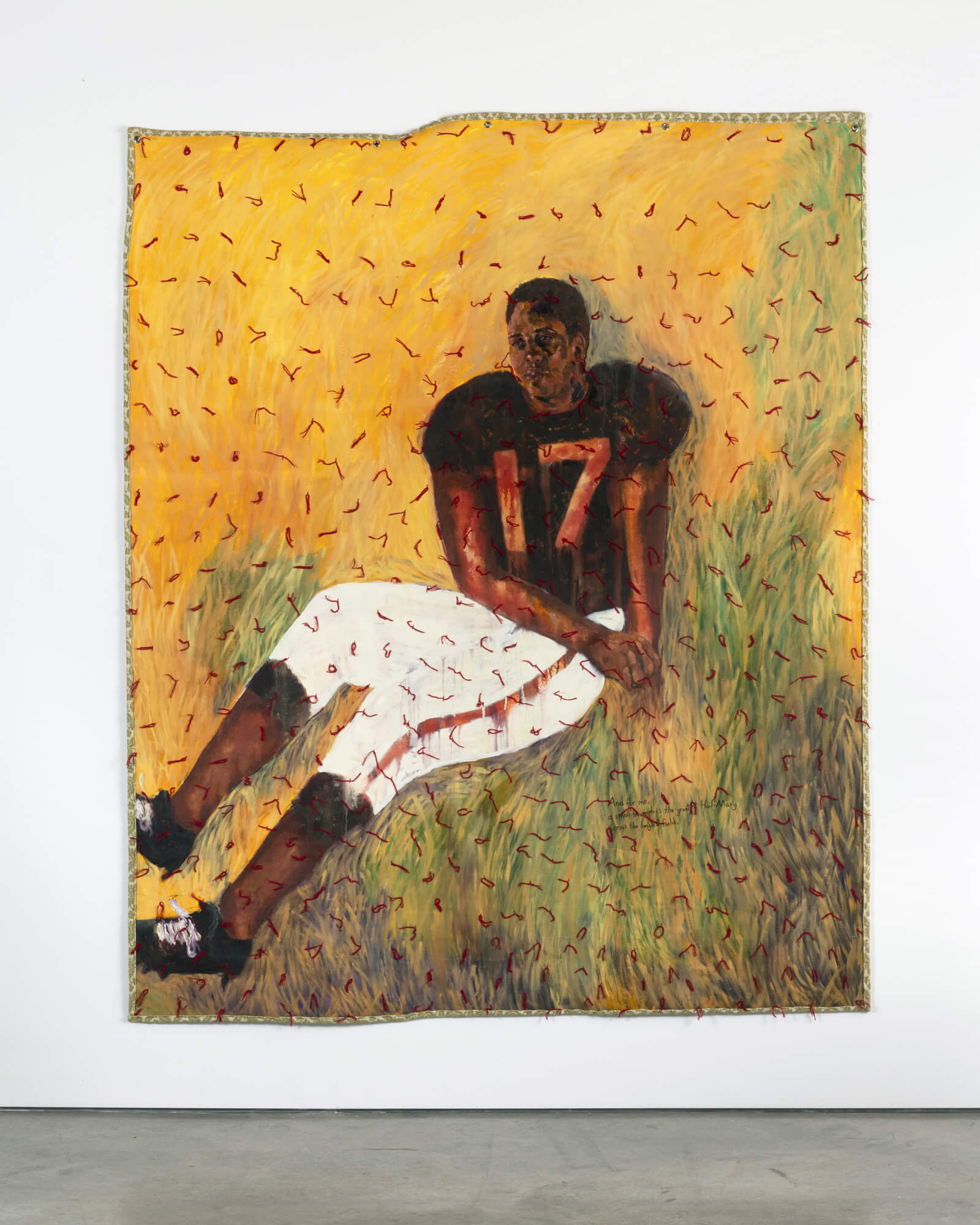 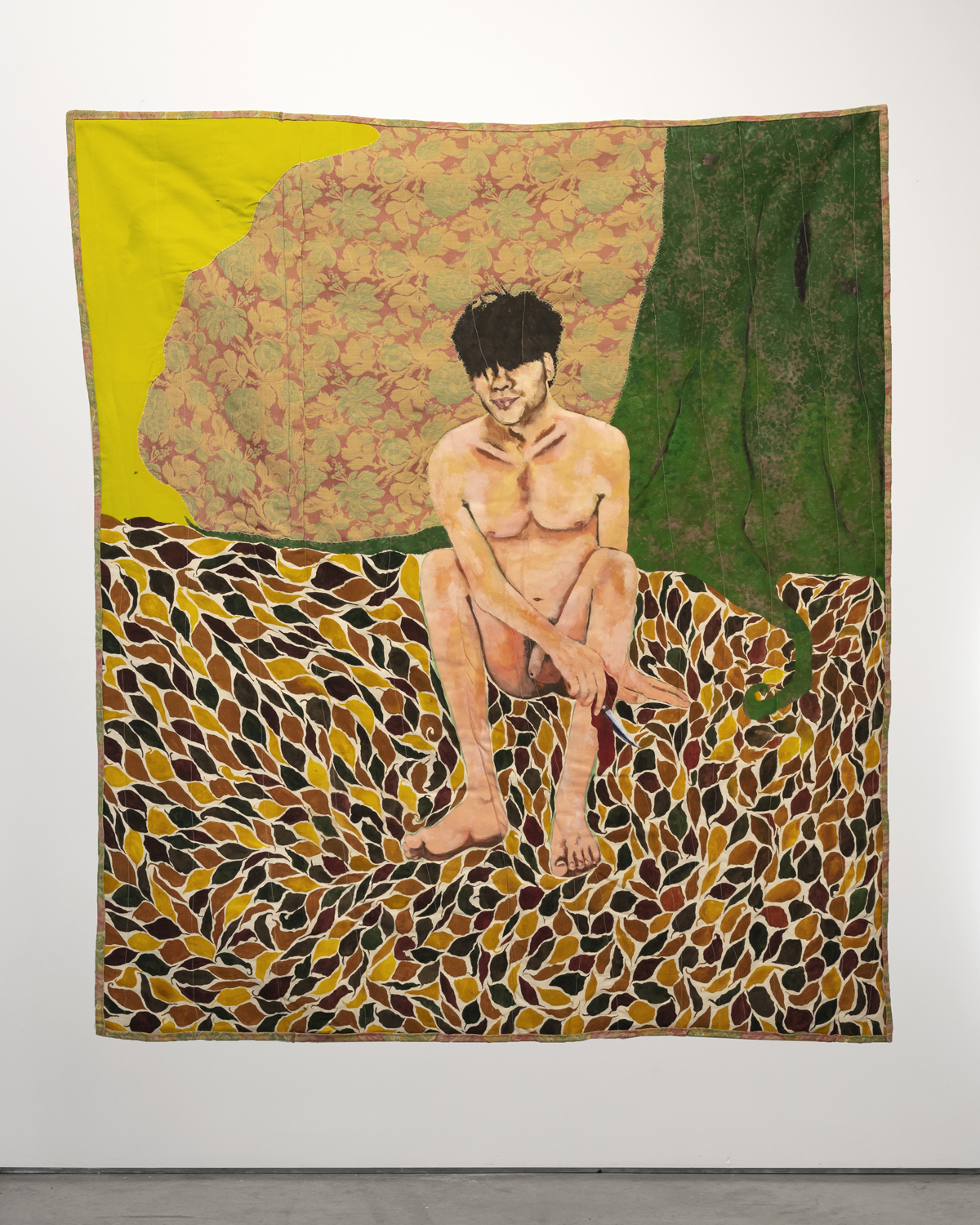 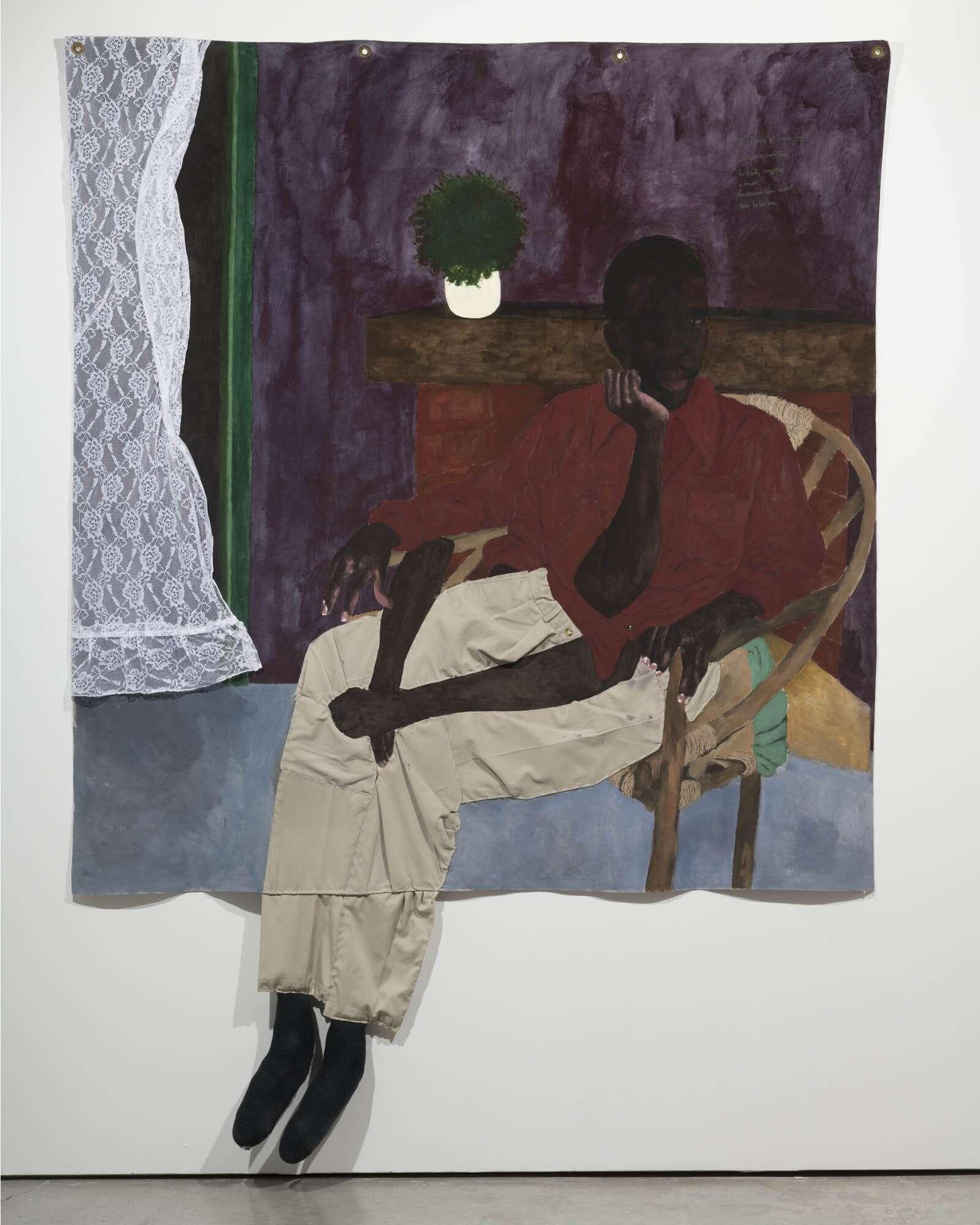 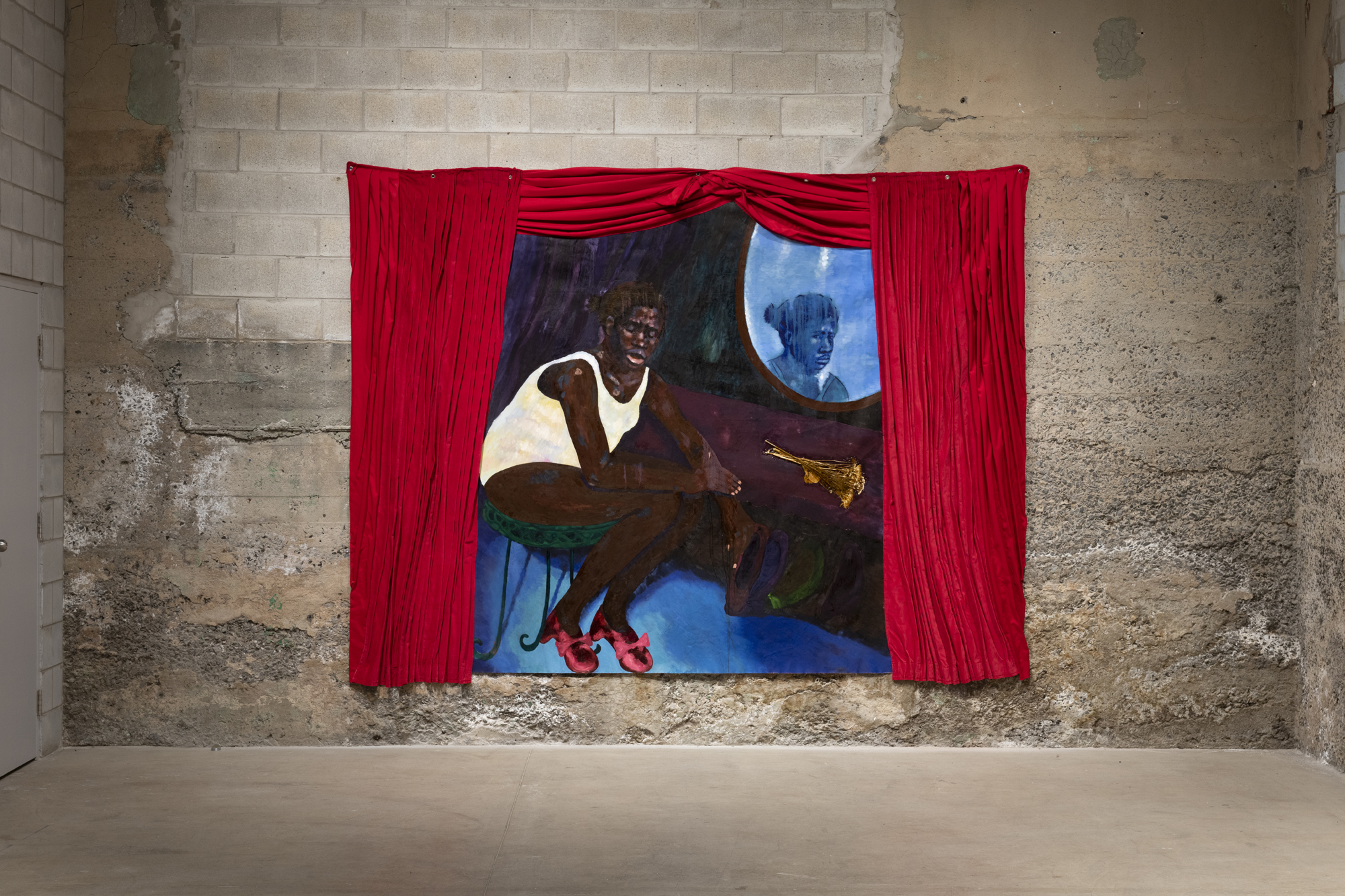 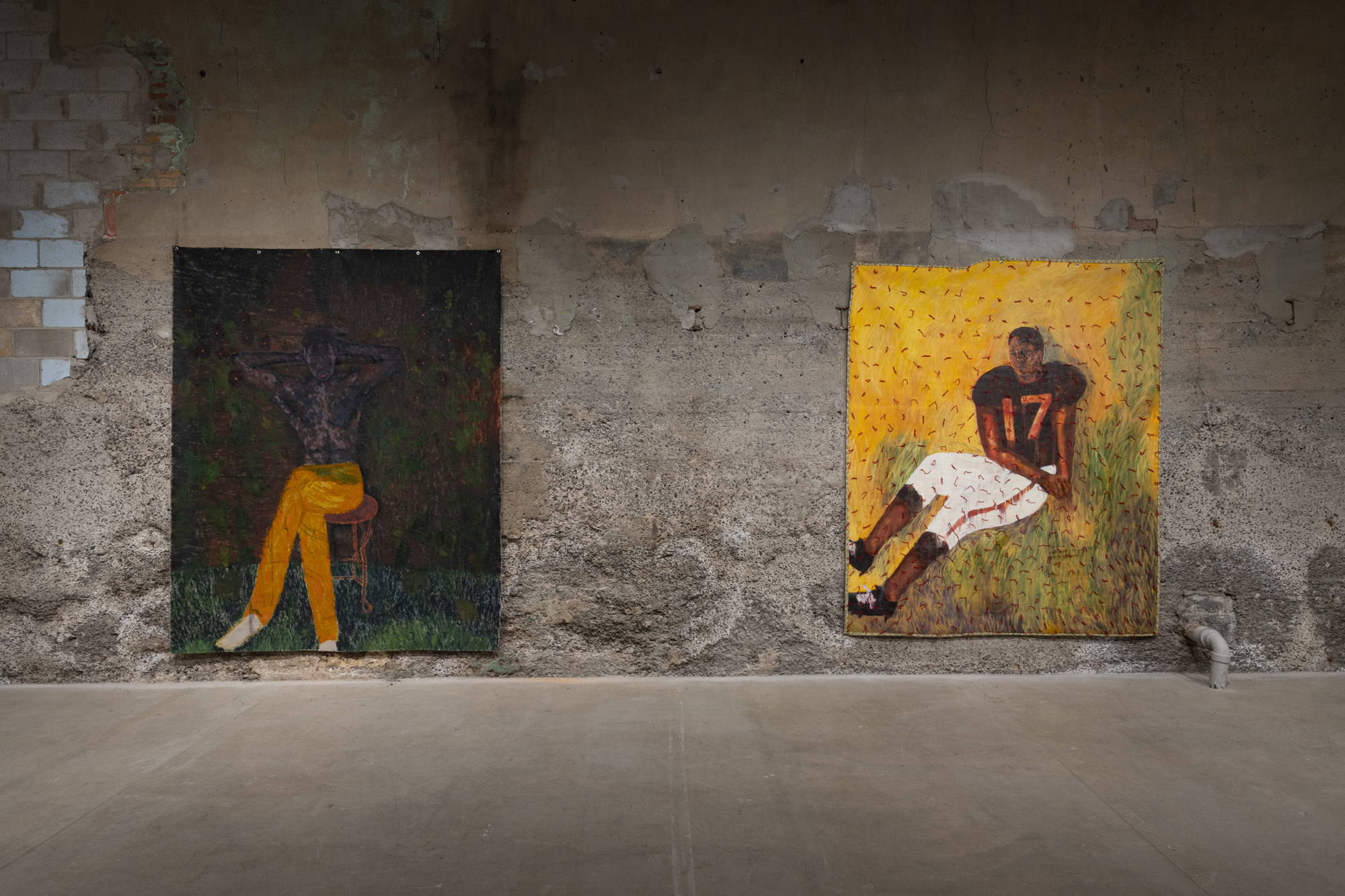 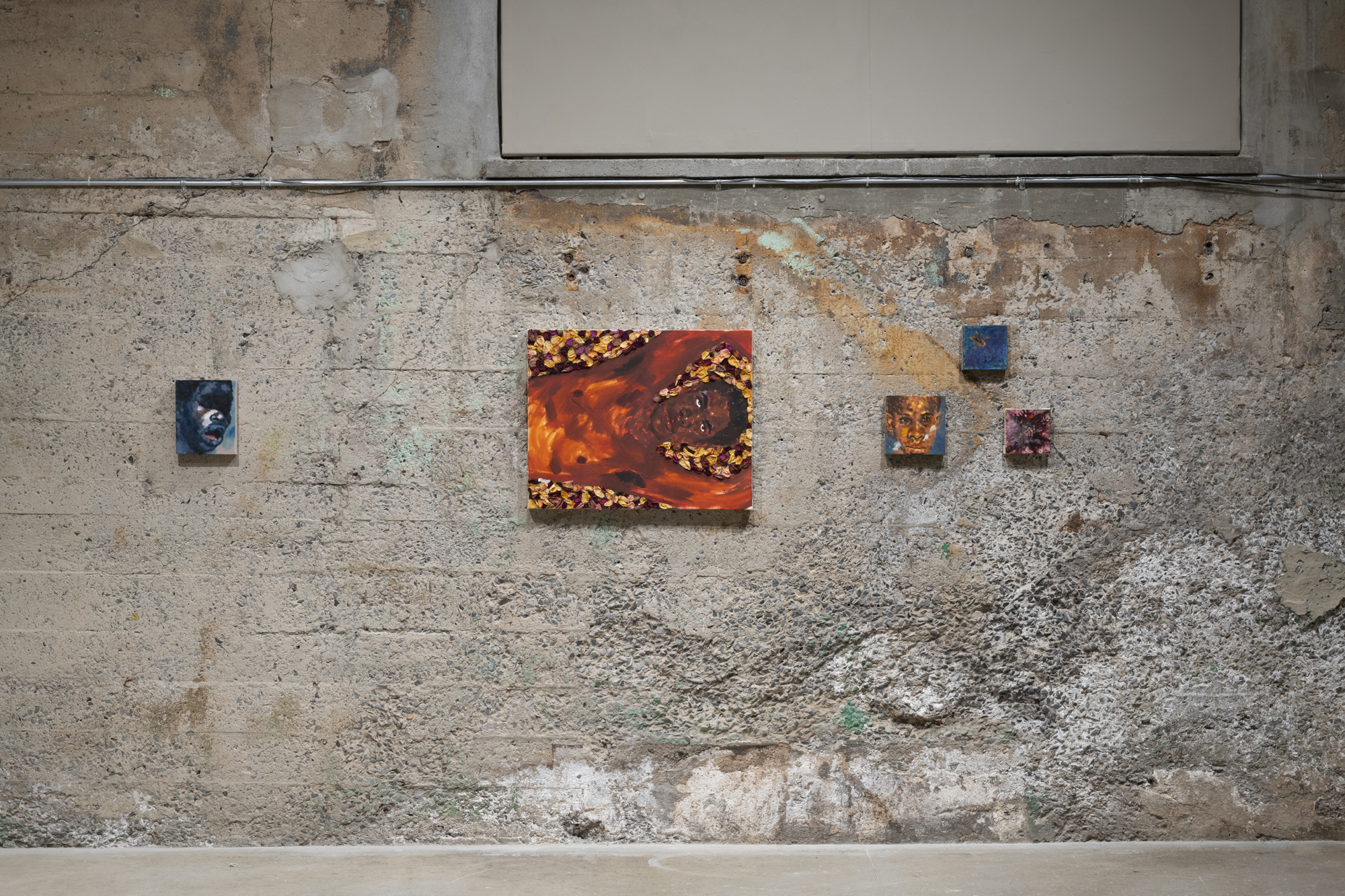 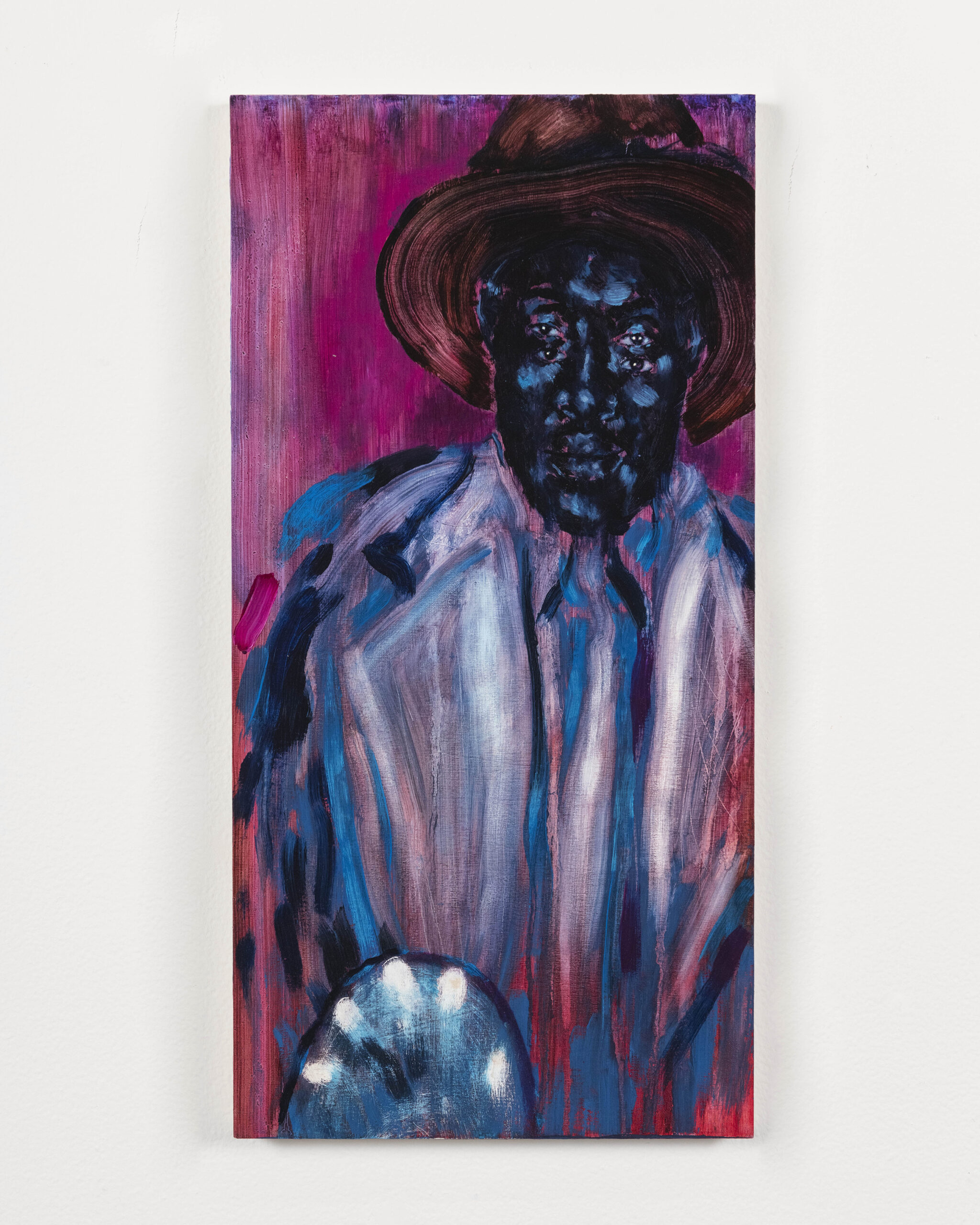 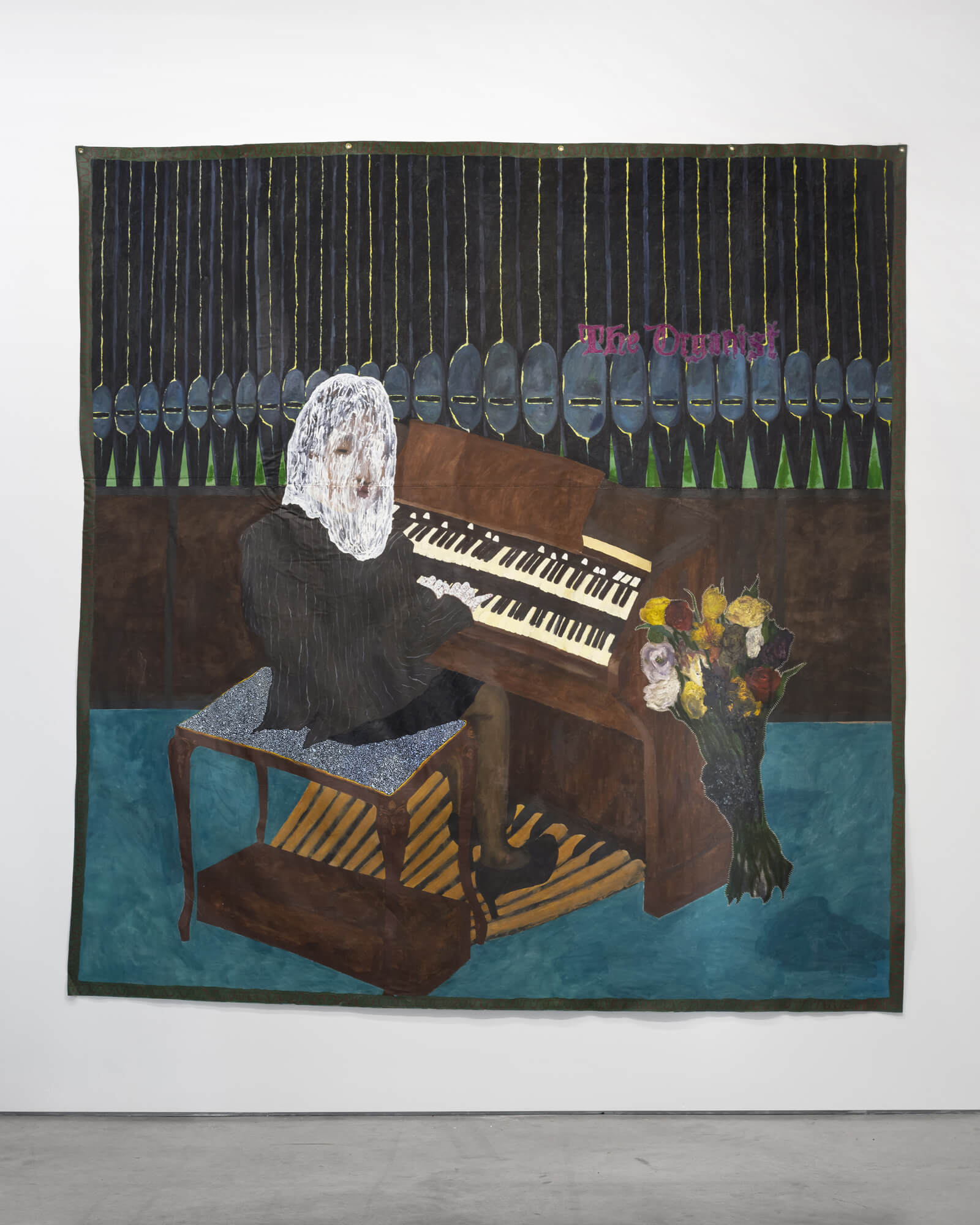 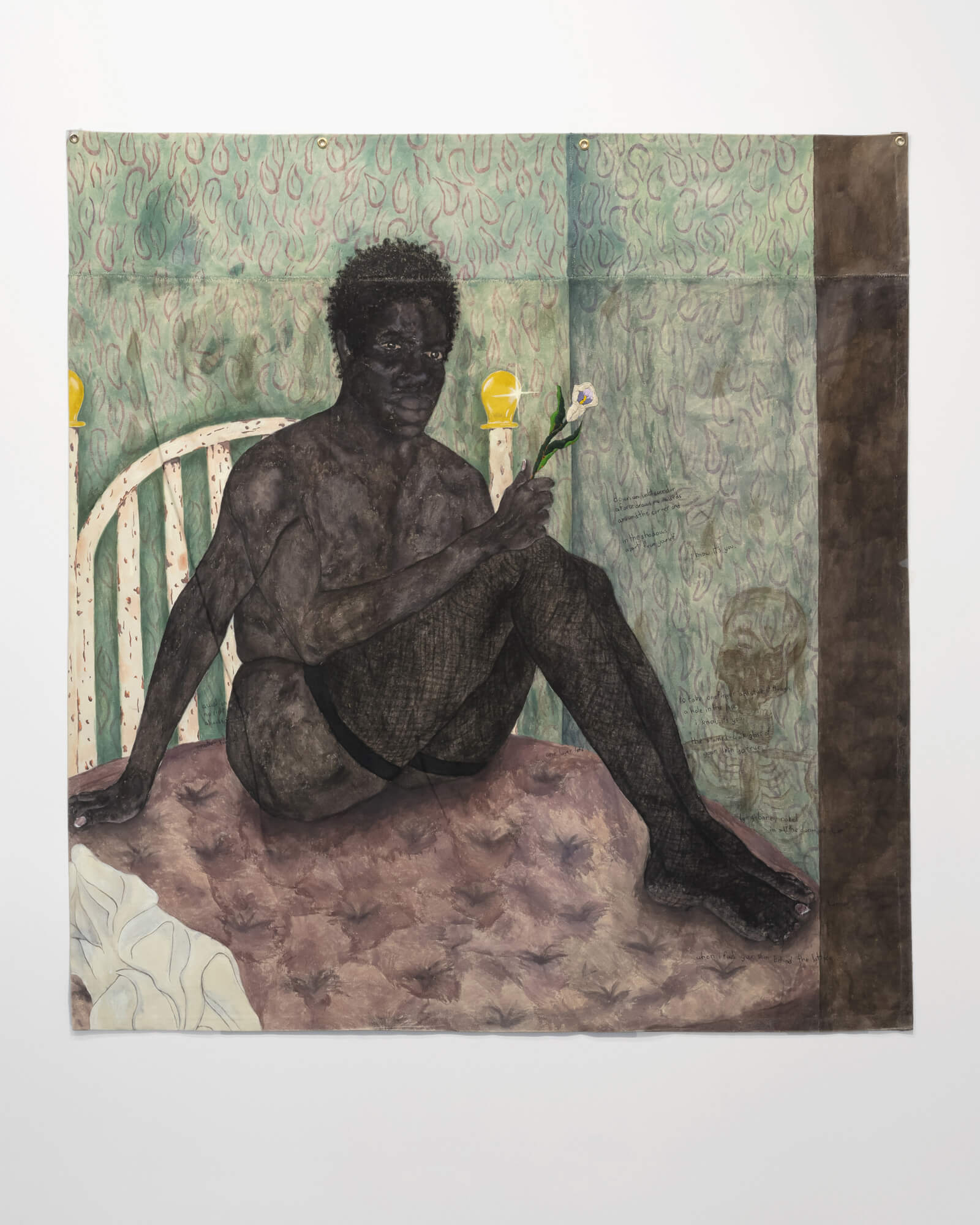 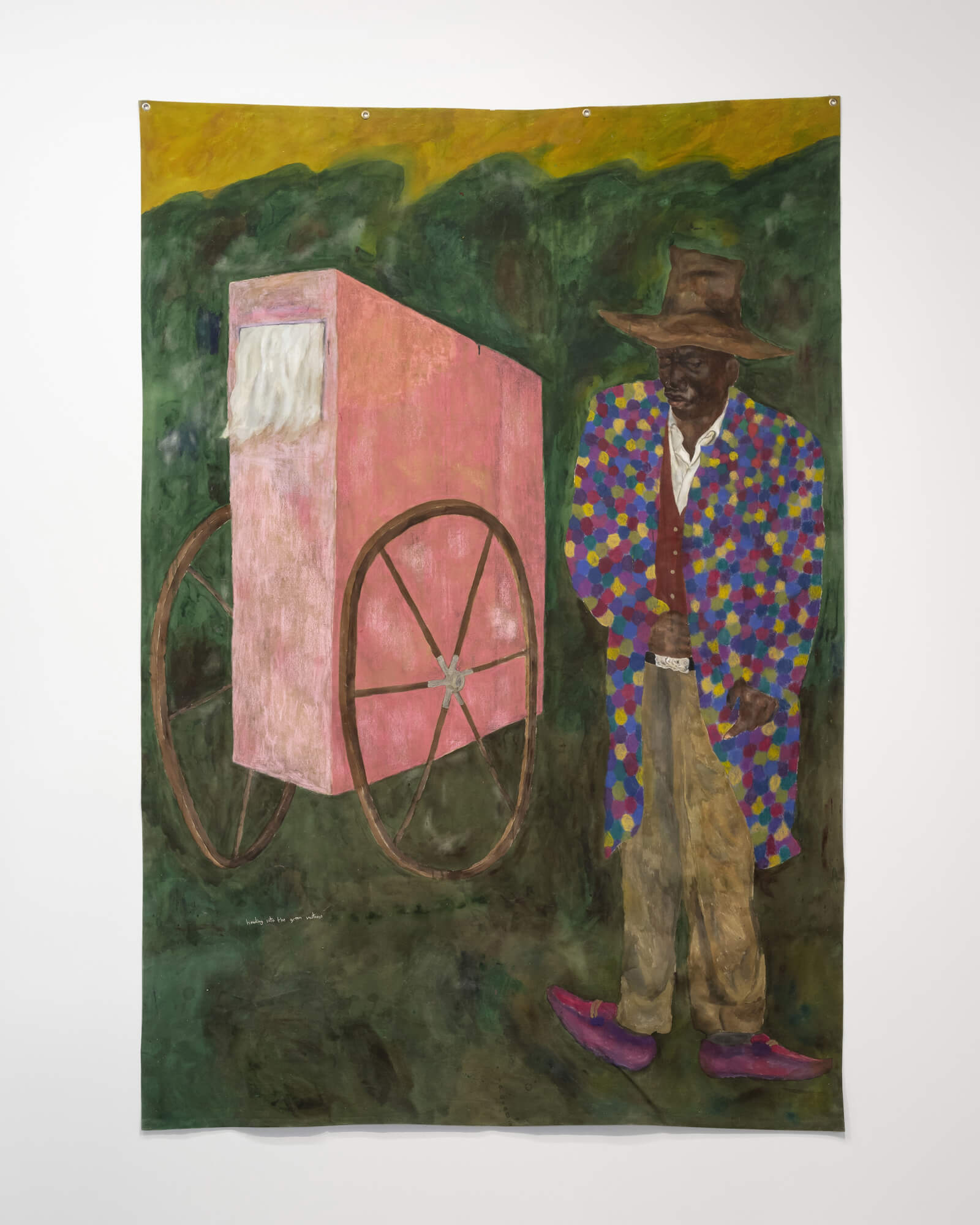 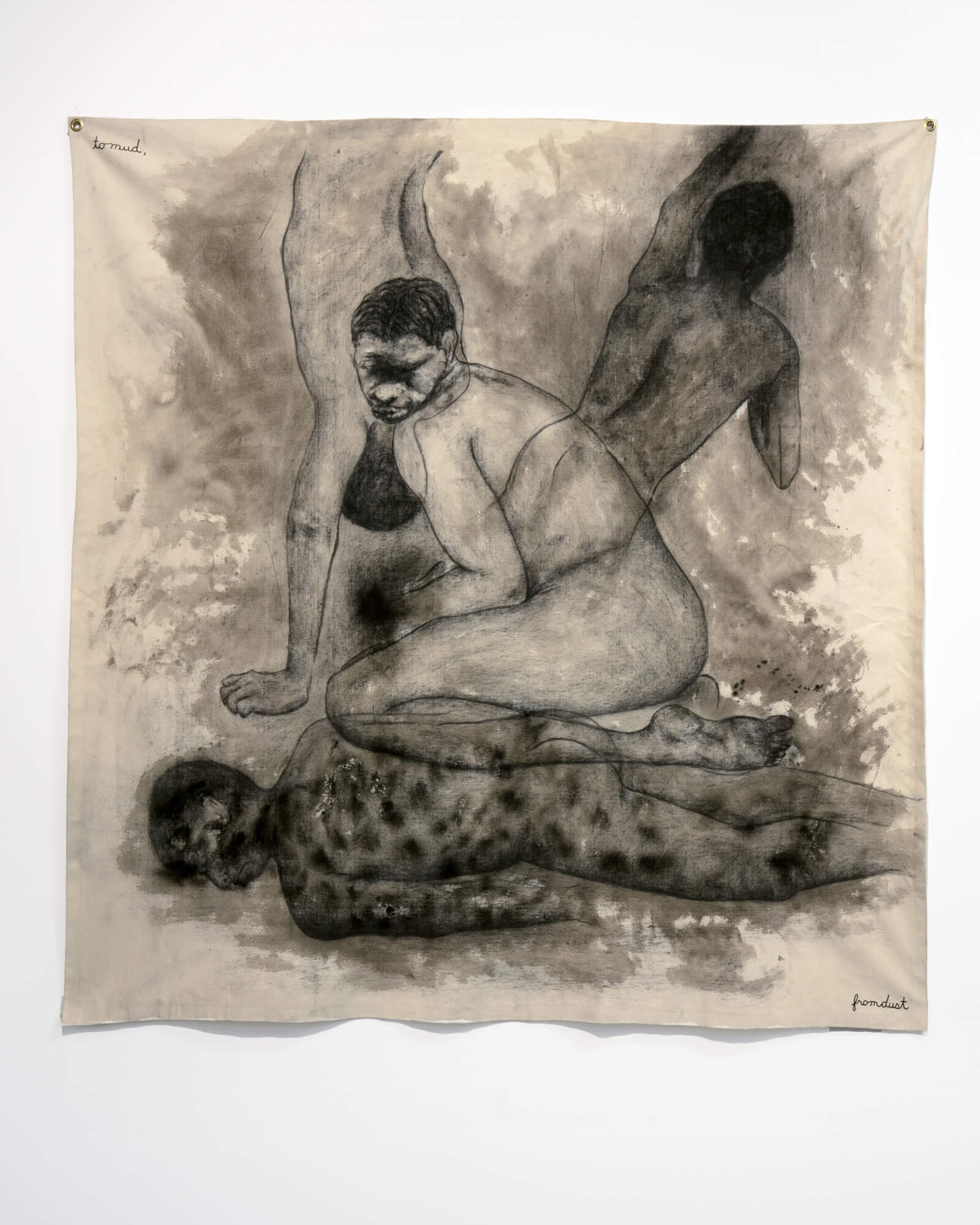 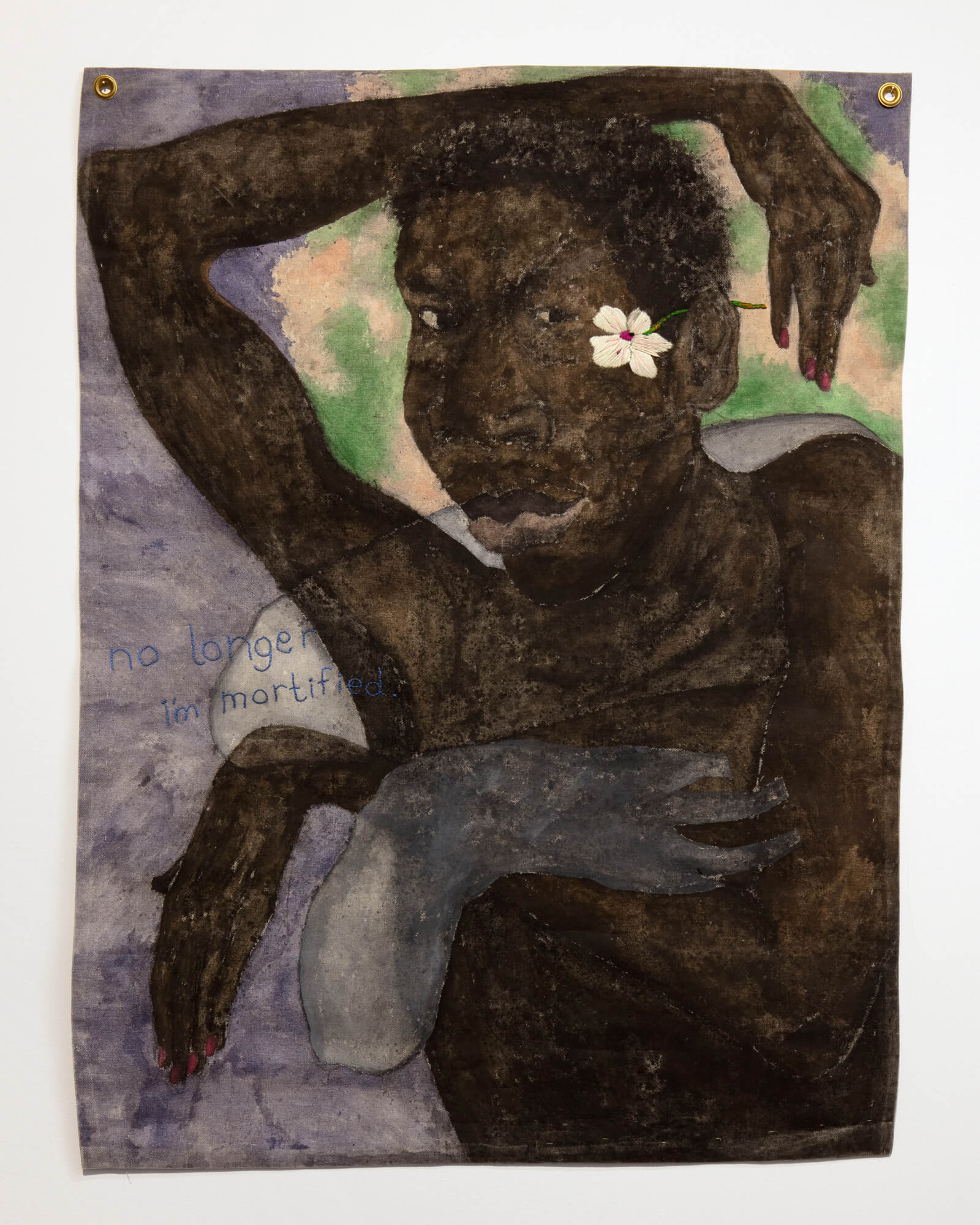 Preston Pavlis’ work on canvas and fabric represents his interest in the fusion of painting and textiles as a means to explore narrative, form, and colour. Focused on poetic association and metaphor, the resulting works in oil, embroidery, and collage are personal charts for time and memory. The works situate solitary figures on often non-descript grounds, their gazes shifting between the viewer and somewhere beyond their space. Whether their expressions are pensive, ebullient, or intentional– they possess a palpable interiority. Pavlis’ figures convey a subtle energy and a deep sense of presence that is enhanced by their imposing scale.

Preston Pavlis currently lives in Halifax, Nova Scotia, where he is completing his studies at the Nova Scotia College of Arts and Design. Pavlis has presented his work in exhibitions at Half Gallery (New York), Guts Gallery (London), and at Spurs Gallery (Beijing). His work was also included in recent art fair presentations, notably Frieze New York and NADA Miami. Pavlis has recently been featured in publications including Esse and C Magazine, and is the most recent recipient of the 2021 Eldon + Anne Foote Edmonton Visual Arts Prize.