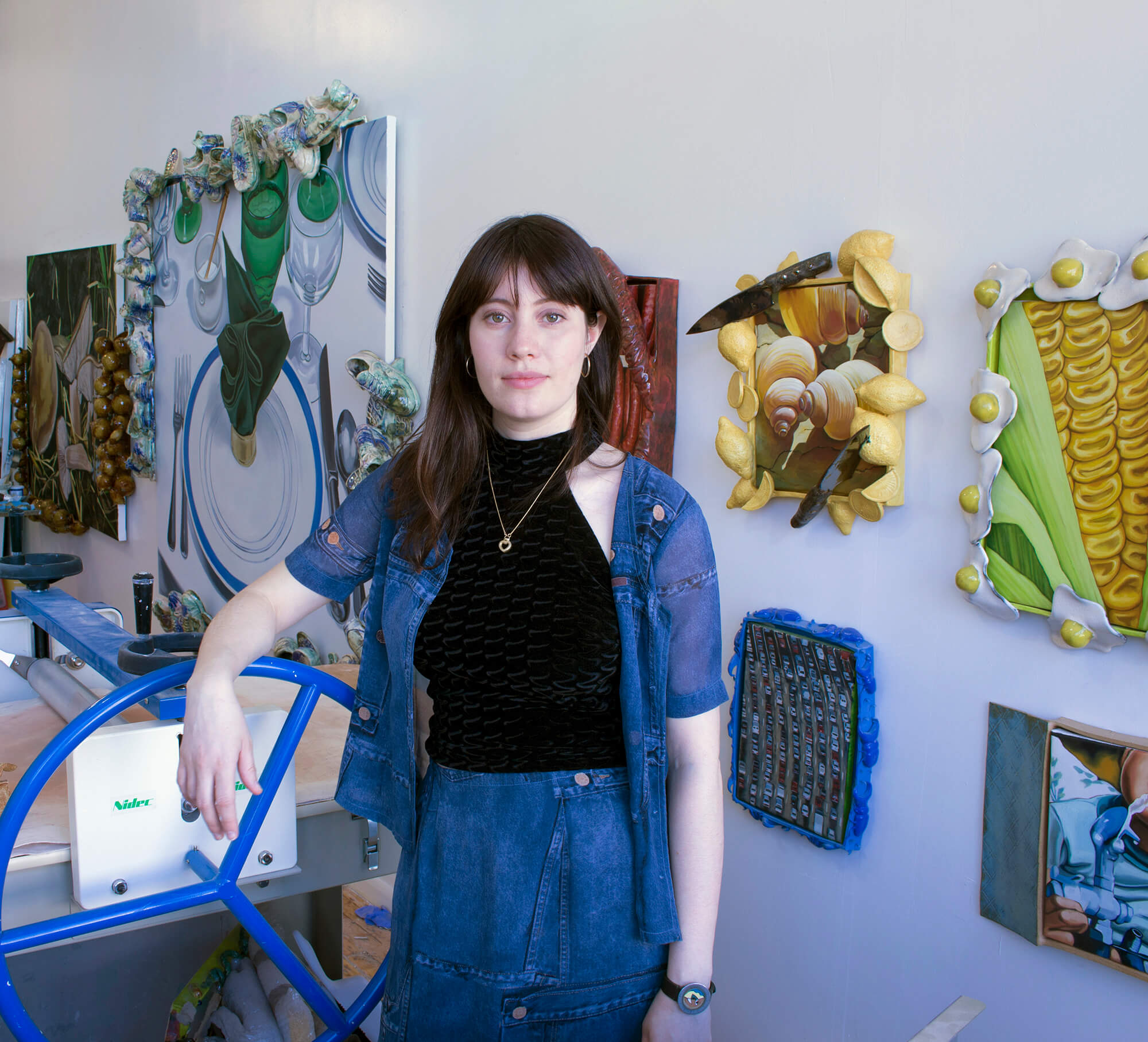 Bradley Ertaskiran is delighted to announce the representation of Stephanie Temma Hier.

Stephanie Temma Hier’s work emerges at the intersection of oil painting and ceramic sculpture. She creates meticulous figurative paintings, many featuring scenes of fruit and other consumables which then nestle within hand-built ceramic sculptures. Working mostly from found imagery and scouring the internet for content, Hier fixes the ephemeral stream of fleeting digital imagery into slow, hand-wrought processes and earthly materials. Her paintings interact with their sculptural pairings to create new narratives both rich in the use of art historical references and feather-light by the means of pop-cultural ephemera. The vision put forward in her work reminds us that no image, context, or framework exists in a vacuum.