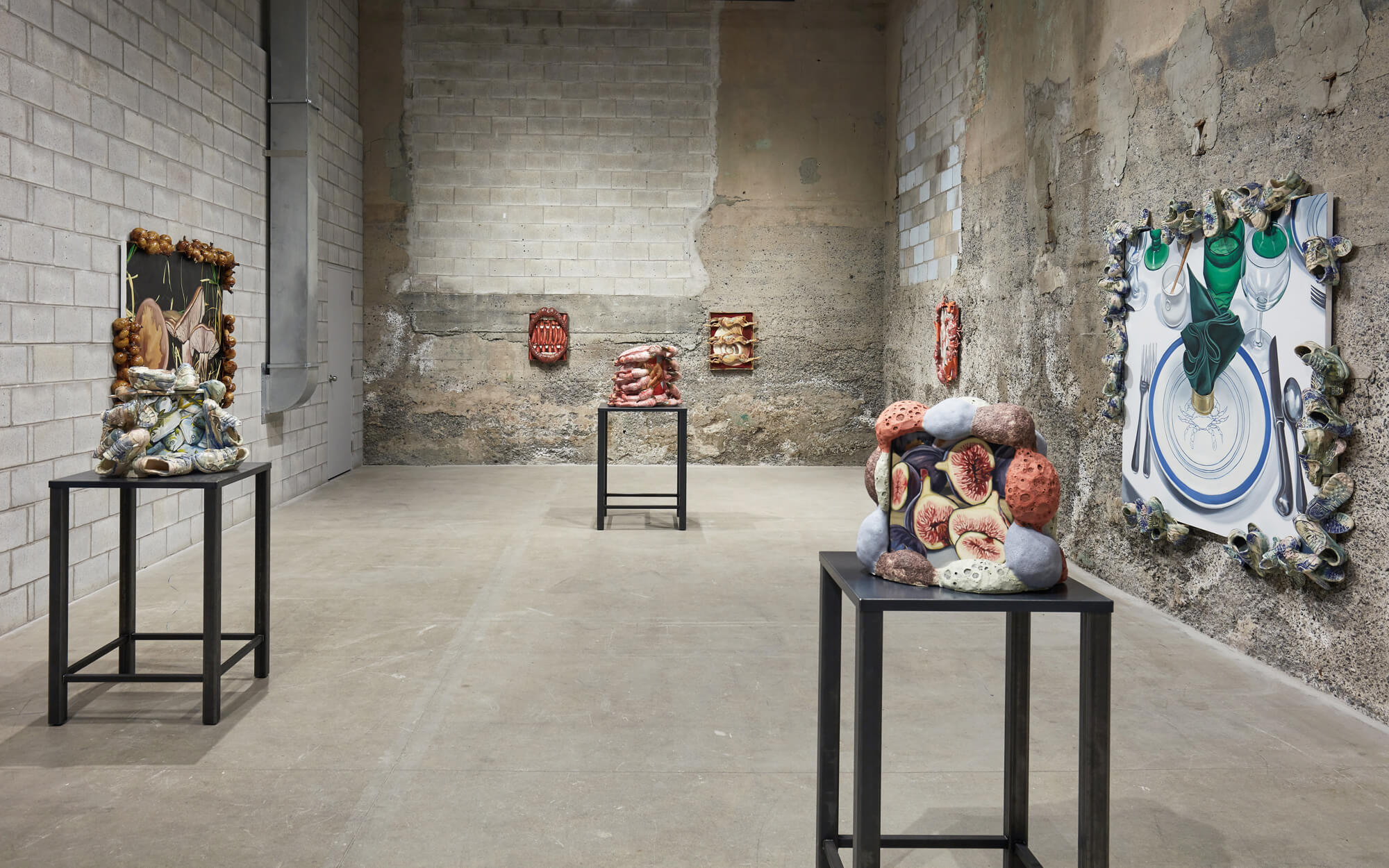 The artist’s hybrid ceramic-paintings look good enough to eat. A stack of huge glossy crabs overtakes an oil painting of two hands massaging one other. A shiny red apple wraps around a perfectly aligned set of gleaming teeth and gums wet with saliva. An unholy mess of dirtied sneakers—when viewed from a distance—resemble mussels stuck onto the edges of a large canvas depicting a crisp, formal place setting. A mouth opens wide atop rows of hanging sausage-links, both tantalizing and slightly unsettling. Food or not food, all appear ambrosial, seducing with their lustrous glazes and excess. These weird pairings record the processes of consumption: before, during and after the act. Sensory pleasures abound, their classical renderings lure in the hungry gaze, eyes that eat pictures.

The works’ titles also make strange, at first seemingly referencing their content, only to further mystify. And yet, they evoke a world in which these oddities might be sensical, where they might exist comfortably. In a tussle between mediums, Hier’s objects approach painting another way, like painterly sculptures rather than the converse. Instead of canvases that break out of their literal and metaphorical frames, it is the frames that breach the canvases. Their stoneware forms burst forth into space in high relief, blocking, sometimes engulfing the painted images that they surround. They vie for attention, they become the main course.

During a time when our ravenous ingestion of pictures doesn’t seem to satiate our retinal appetites or nourish our eyes, Hier’s things push back. Against the endless scrolling and online image searches that pepper our now-times, her works offer up a discerning compendium, a slow edit of what our eyes can taste and our mouths want to see. 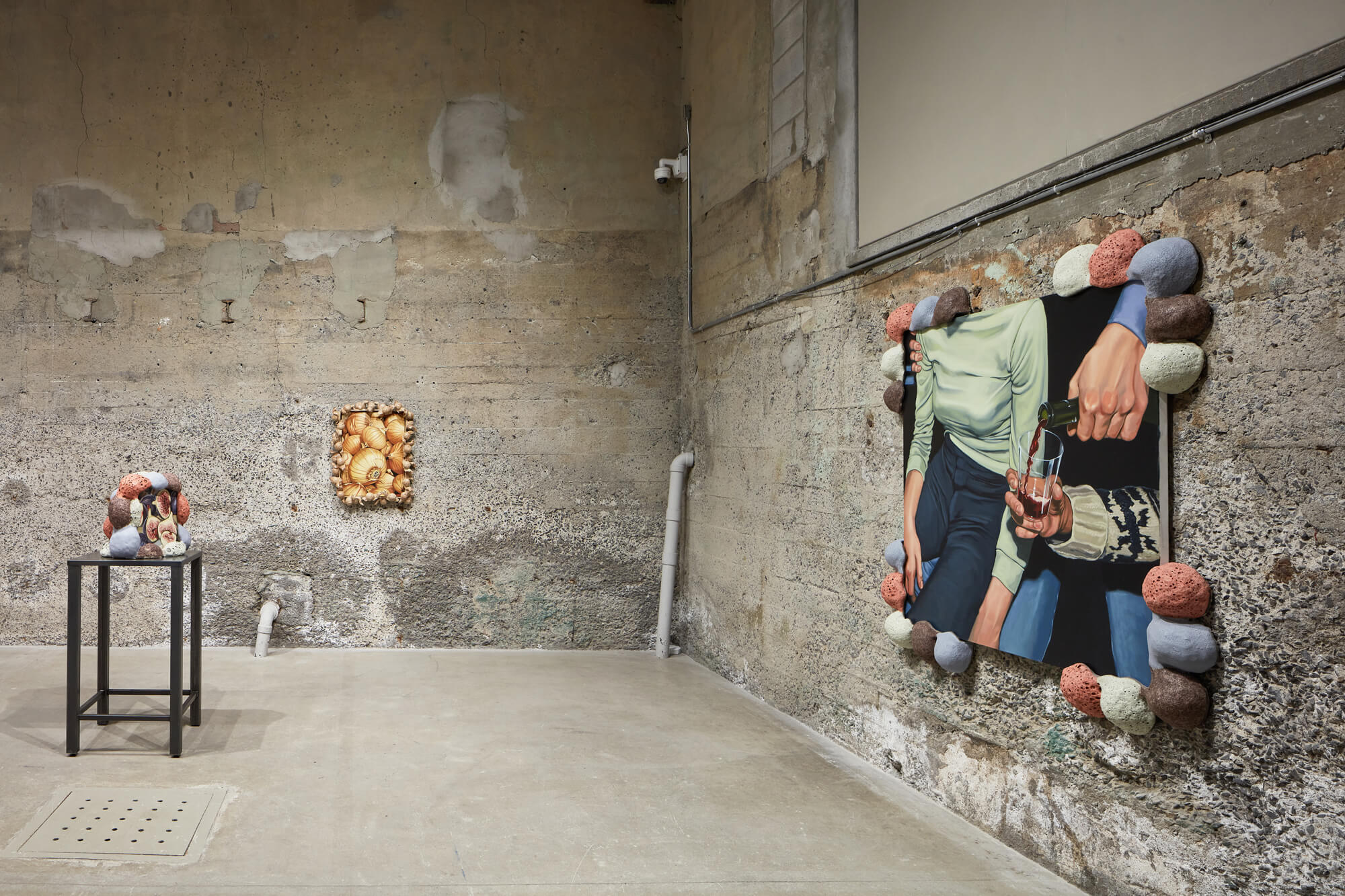 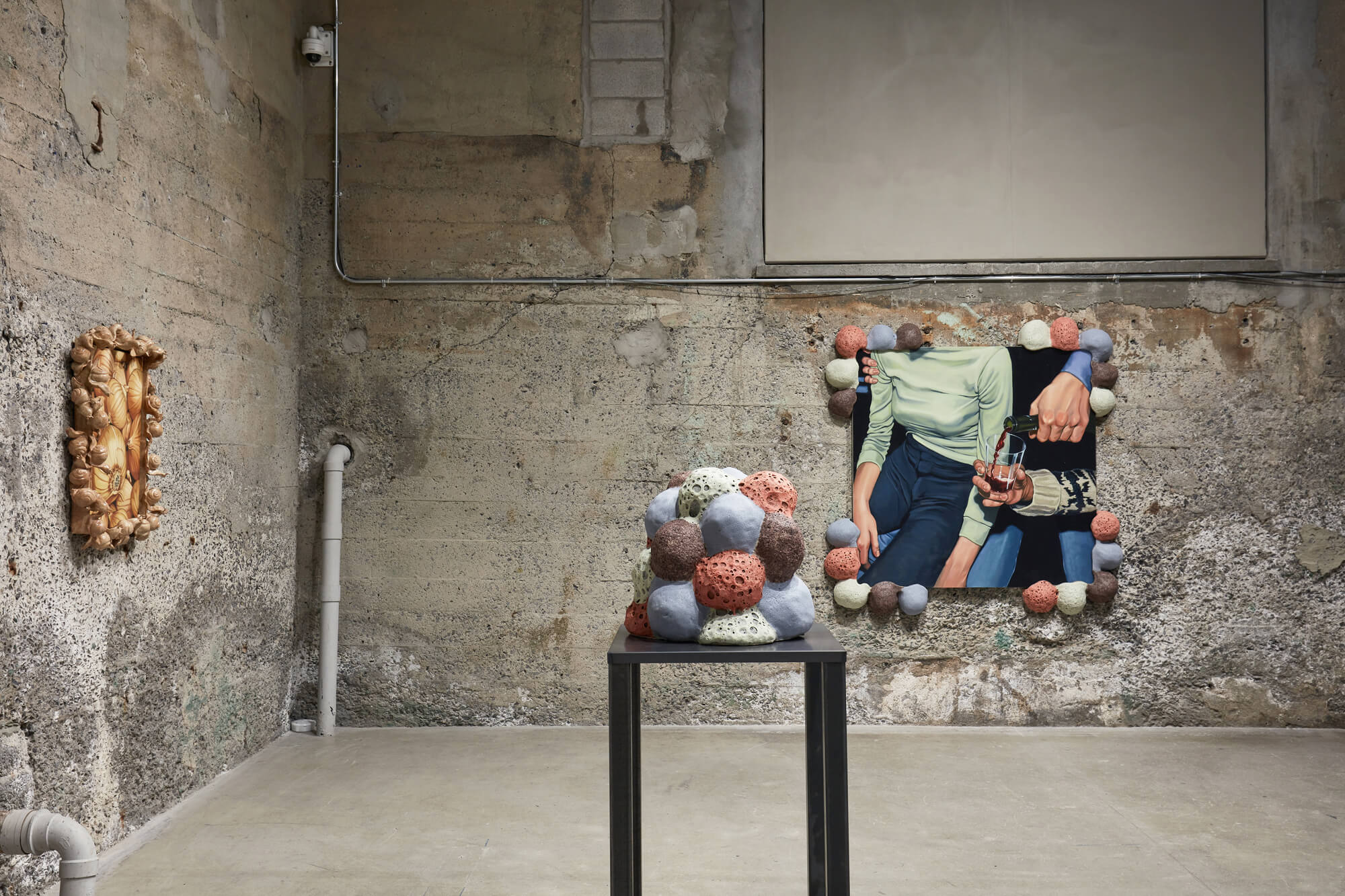 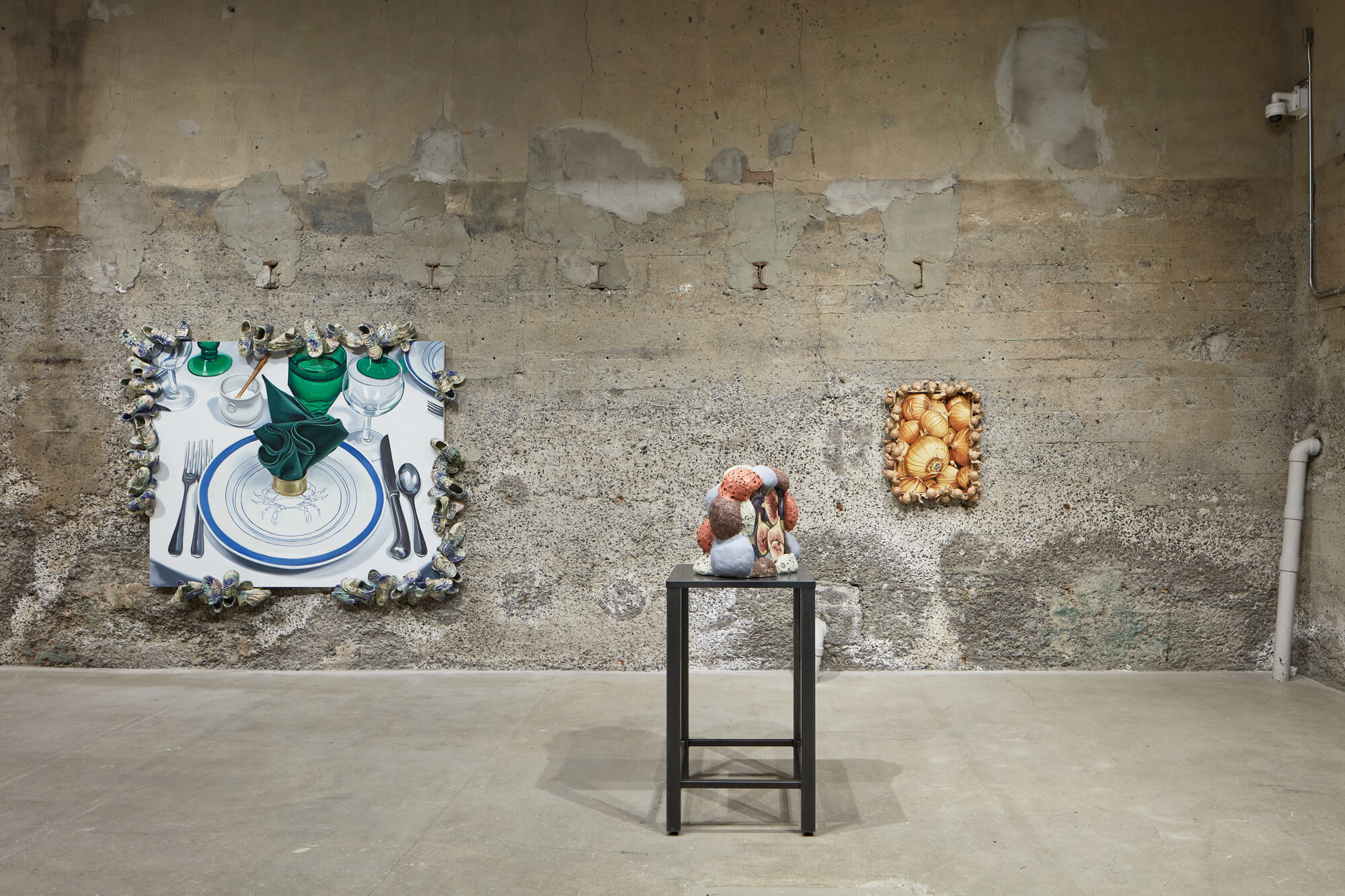 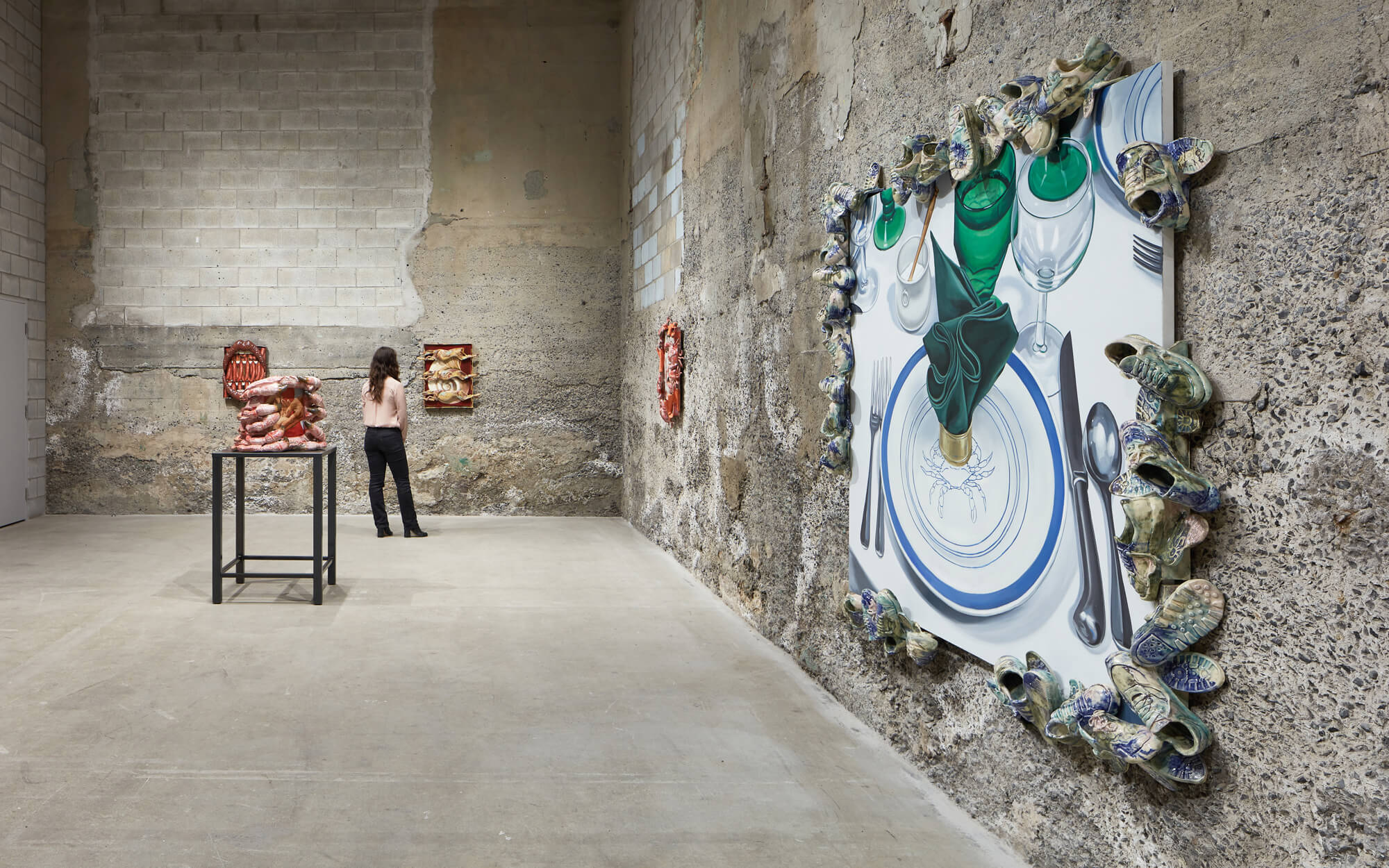 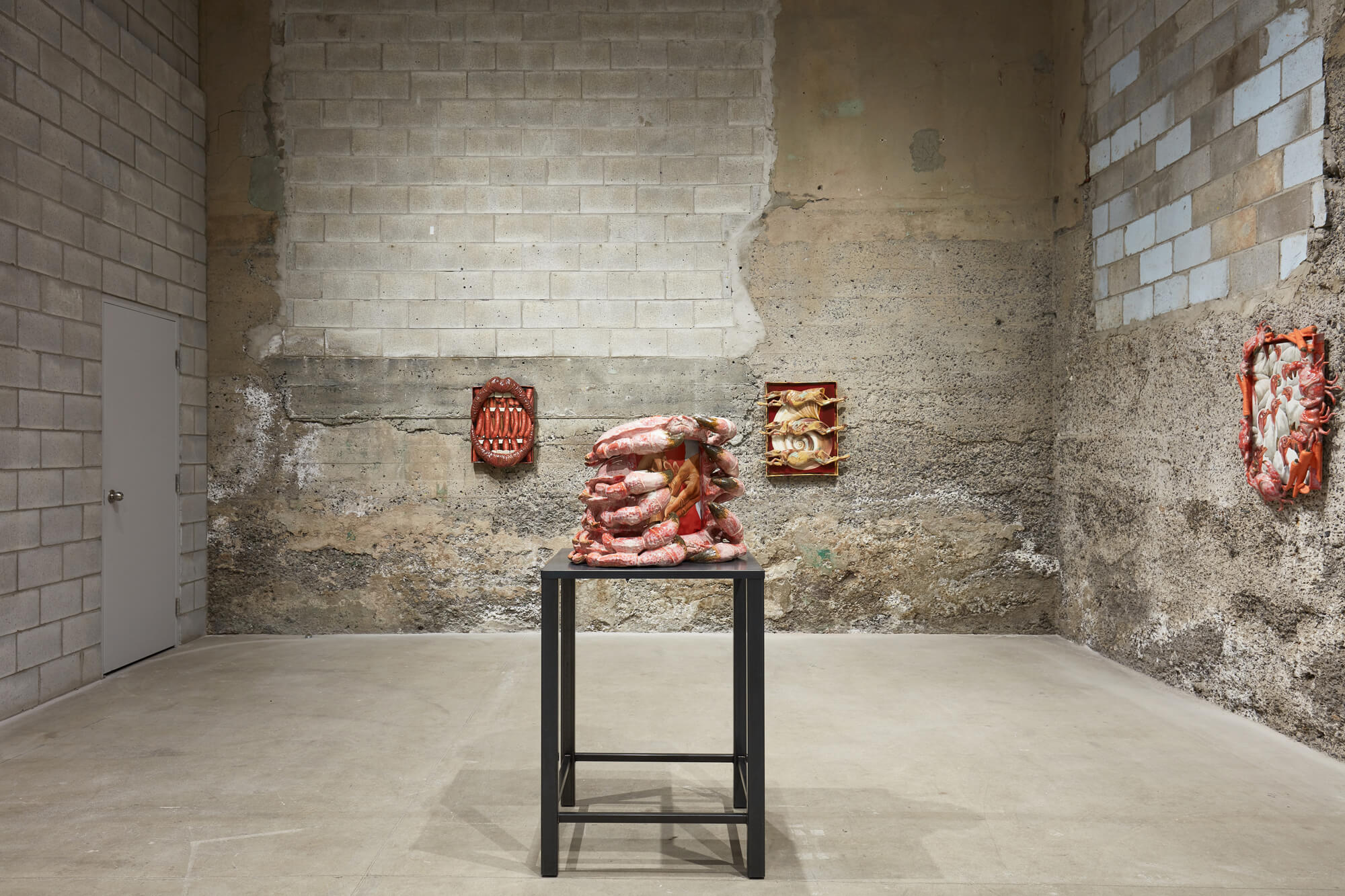 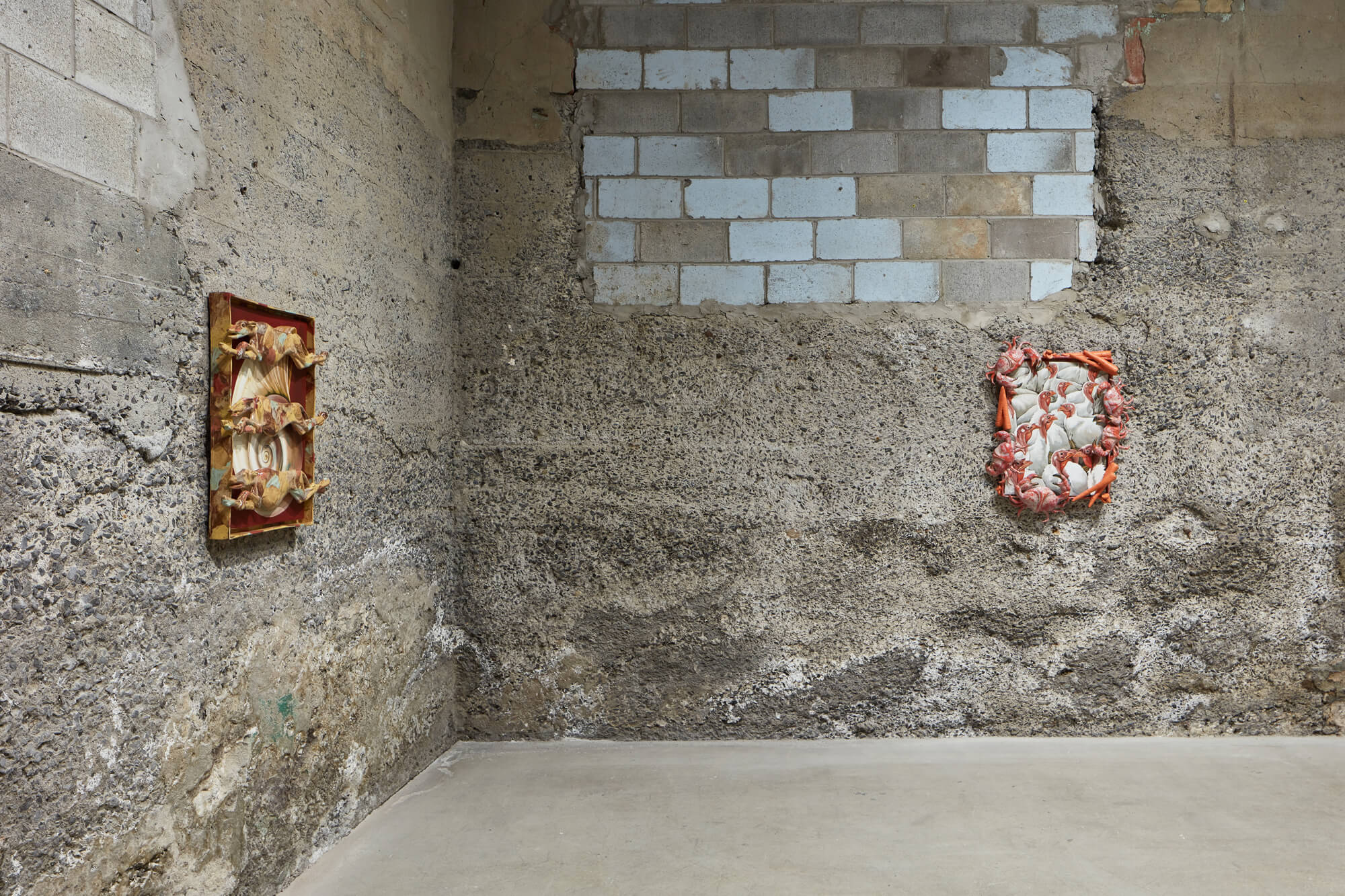 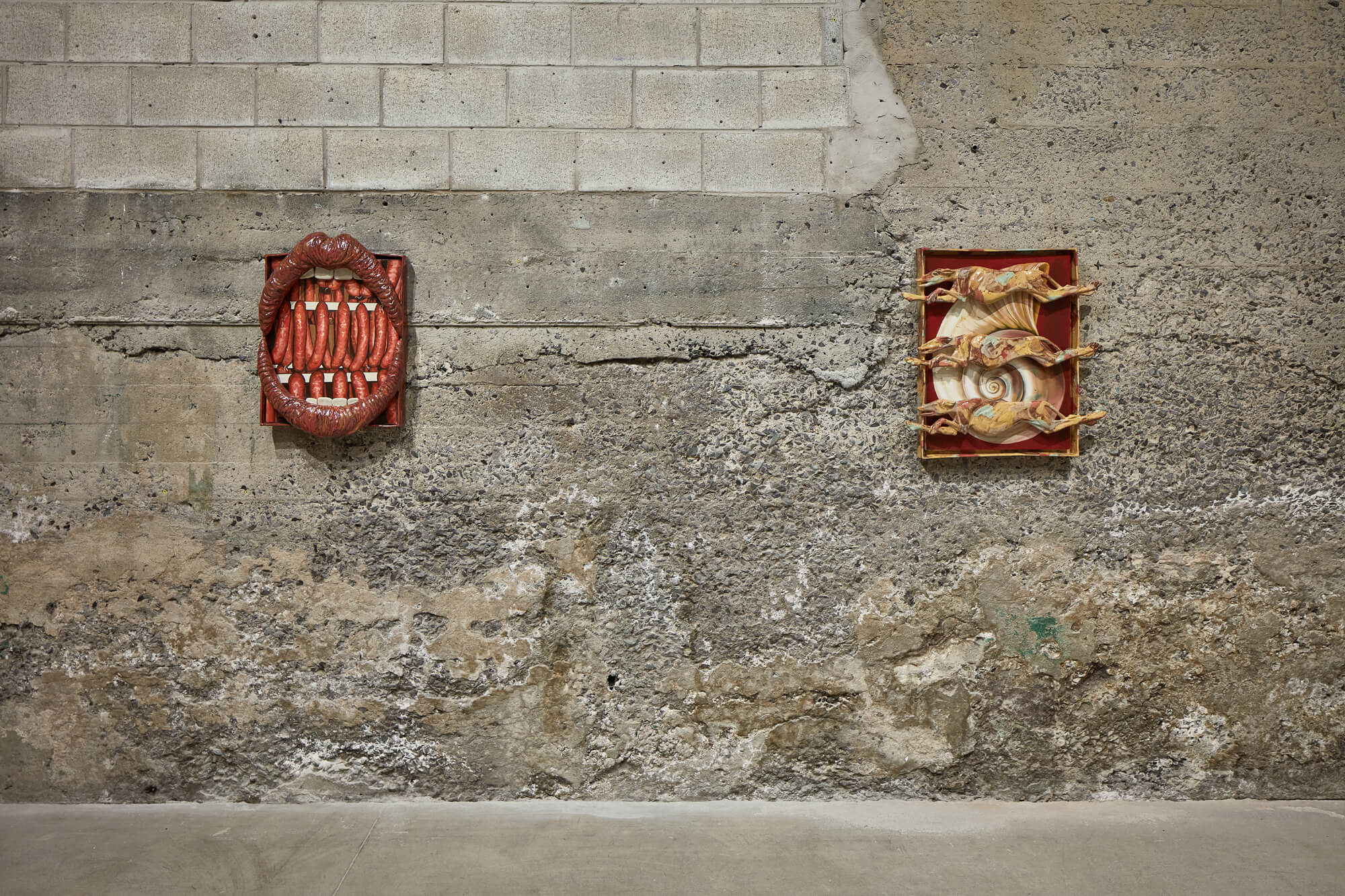 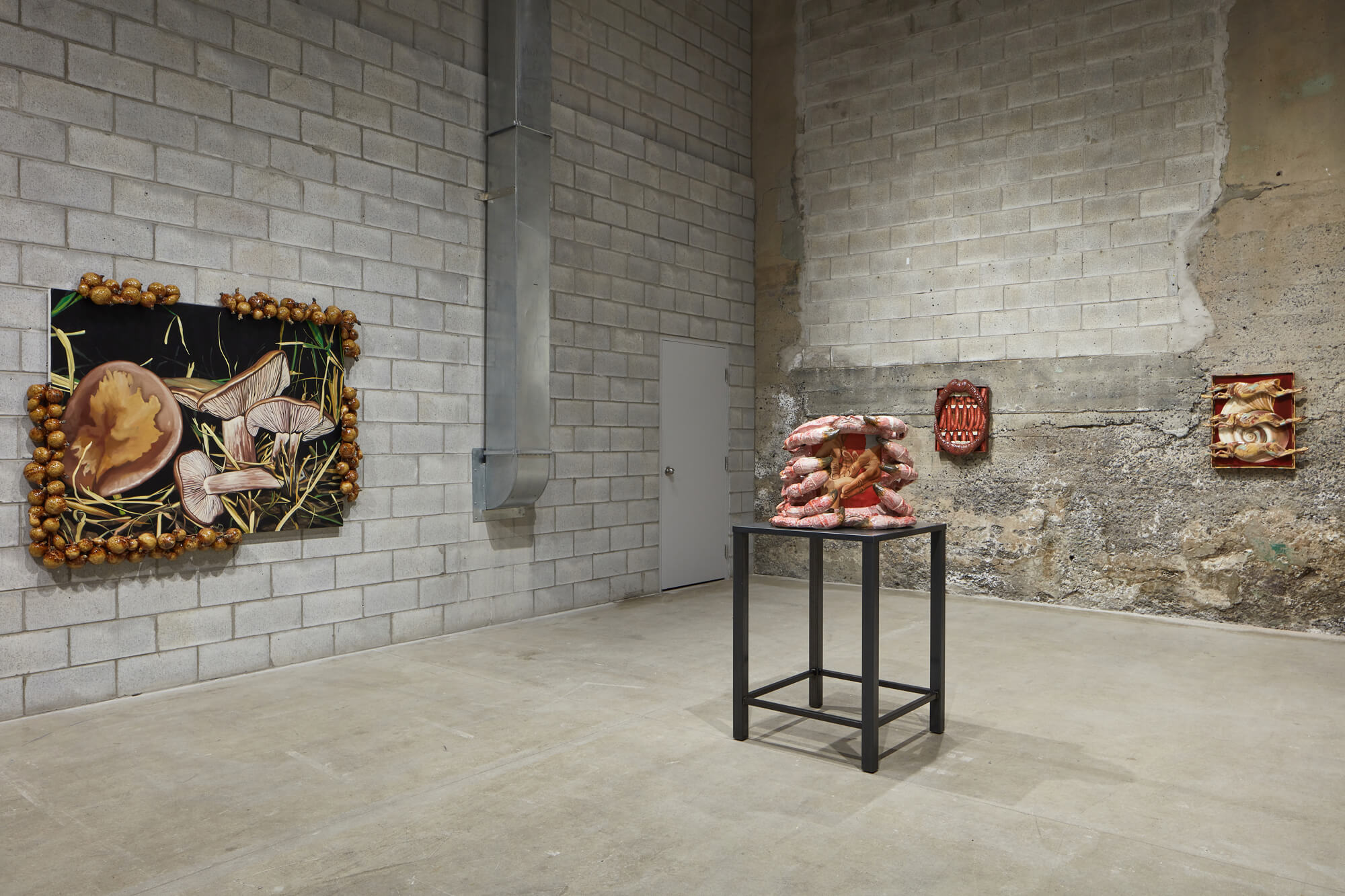 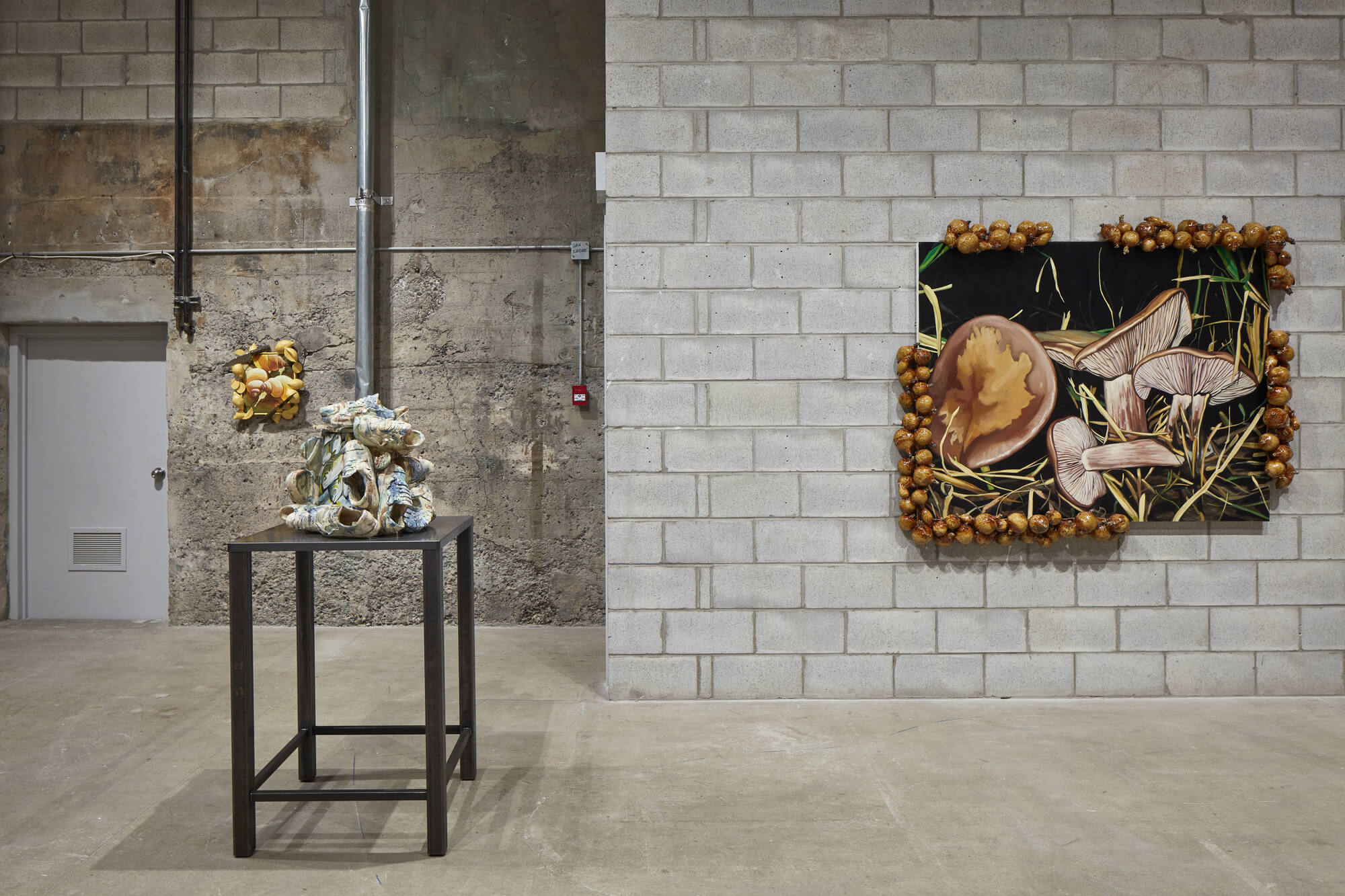 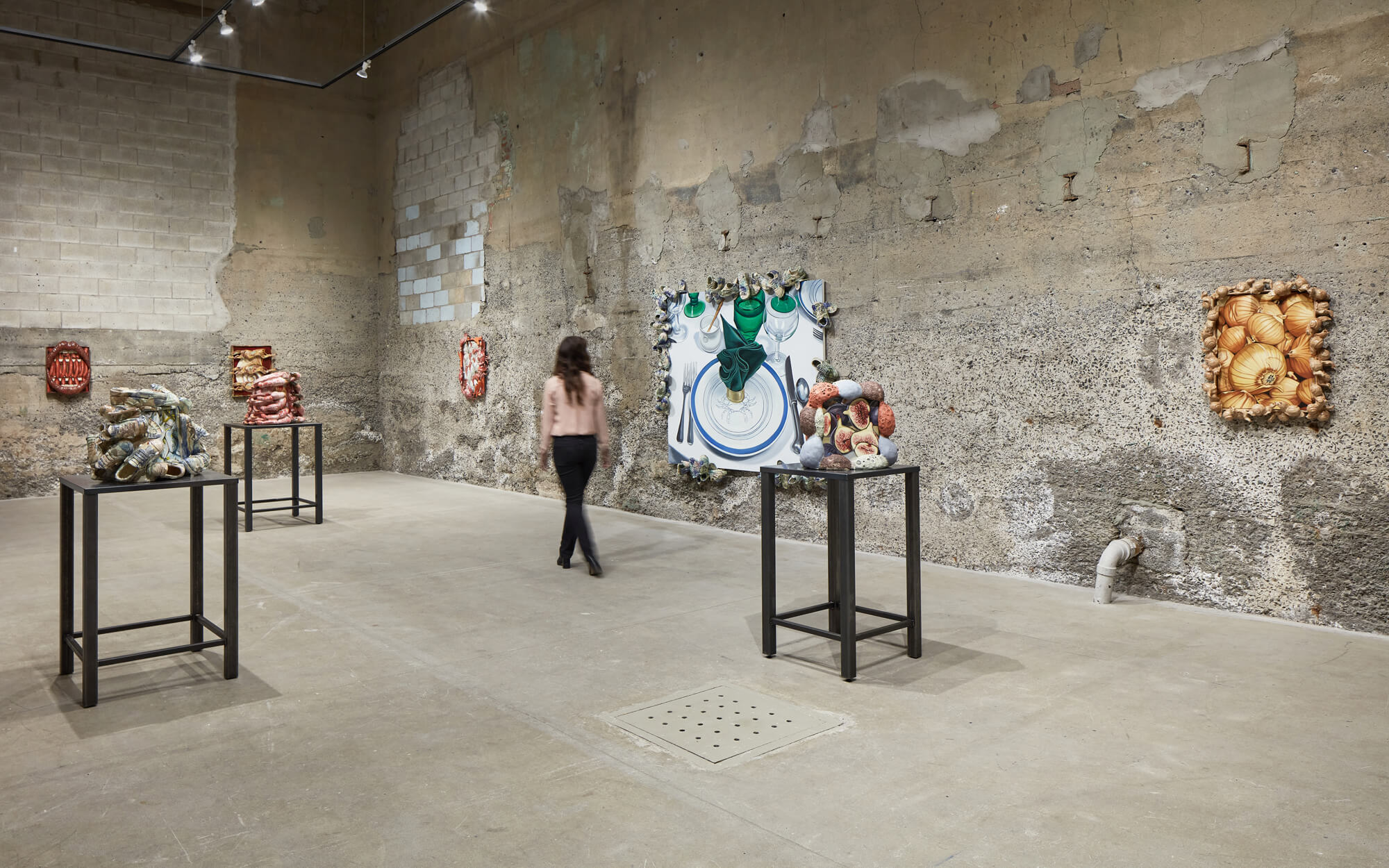 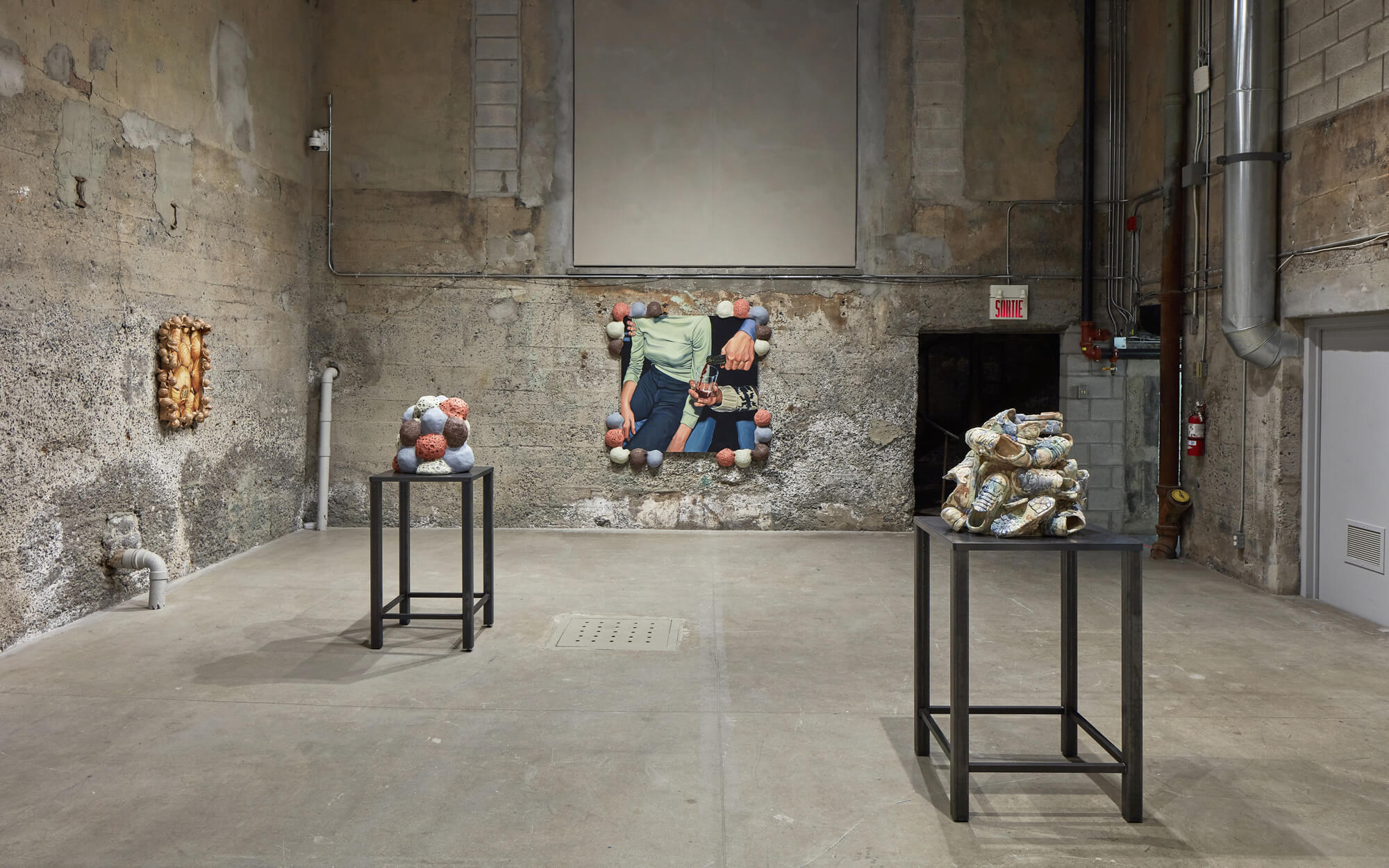 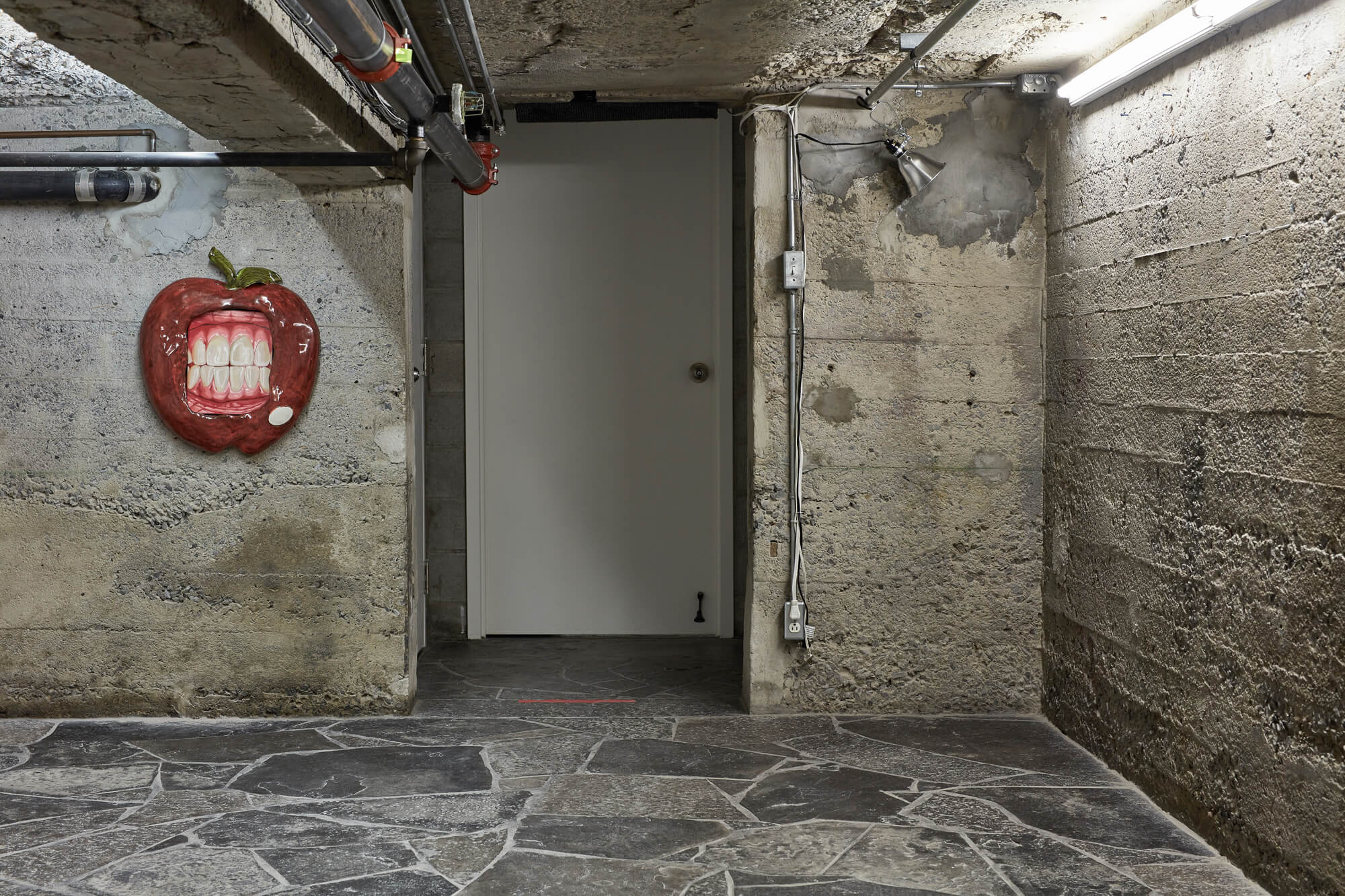 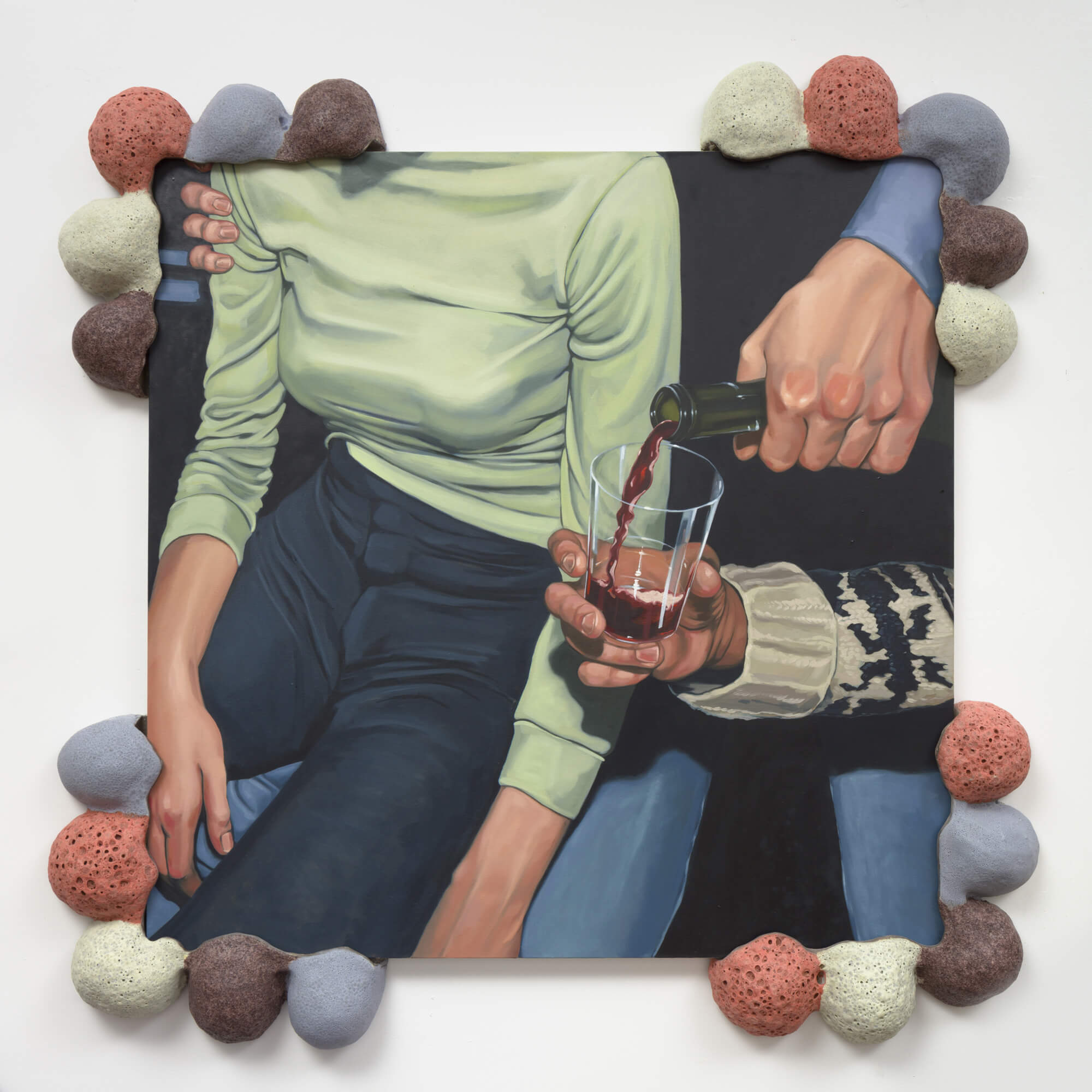 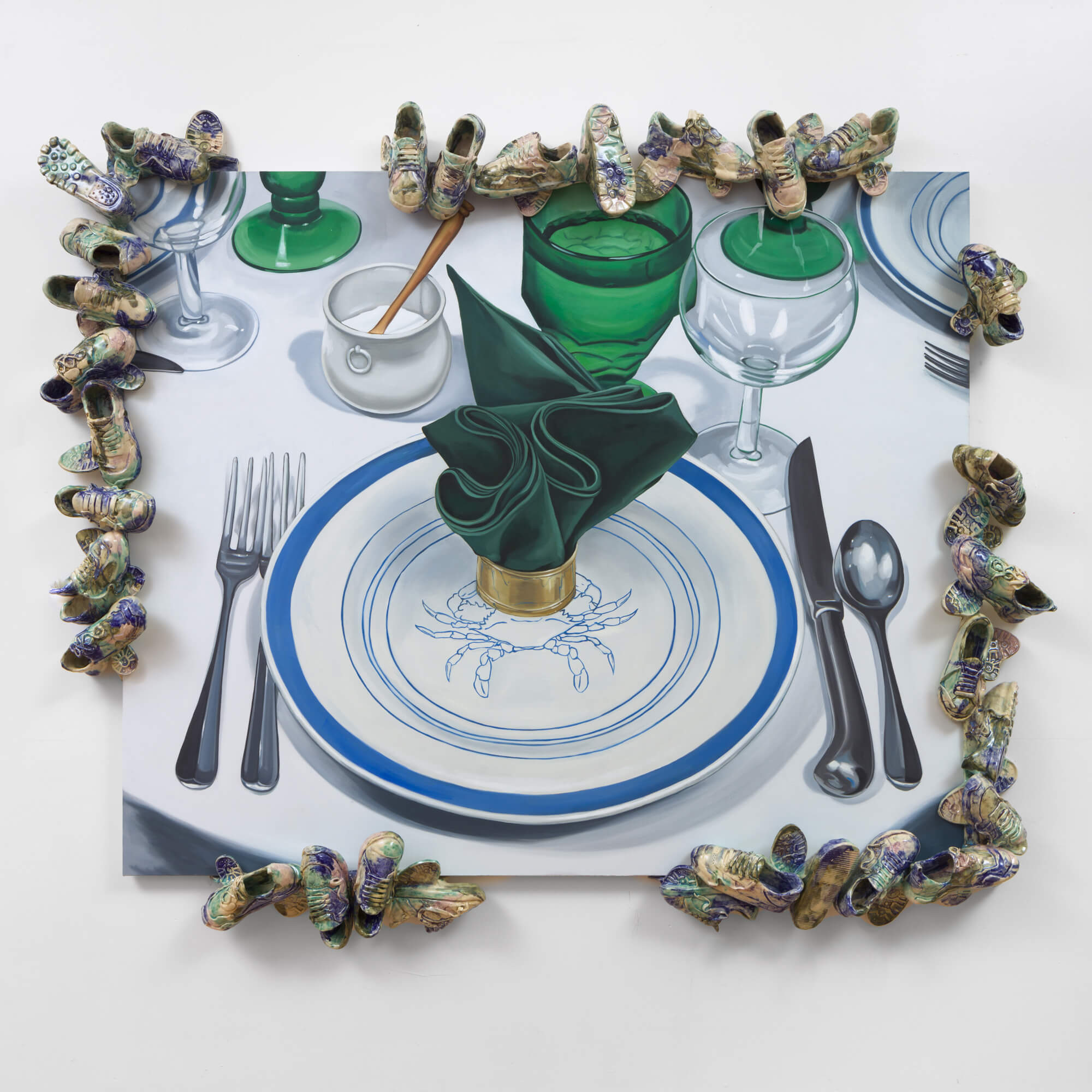 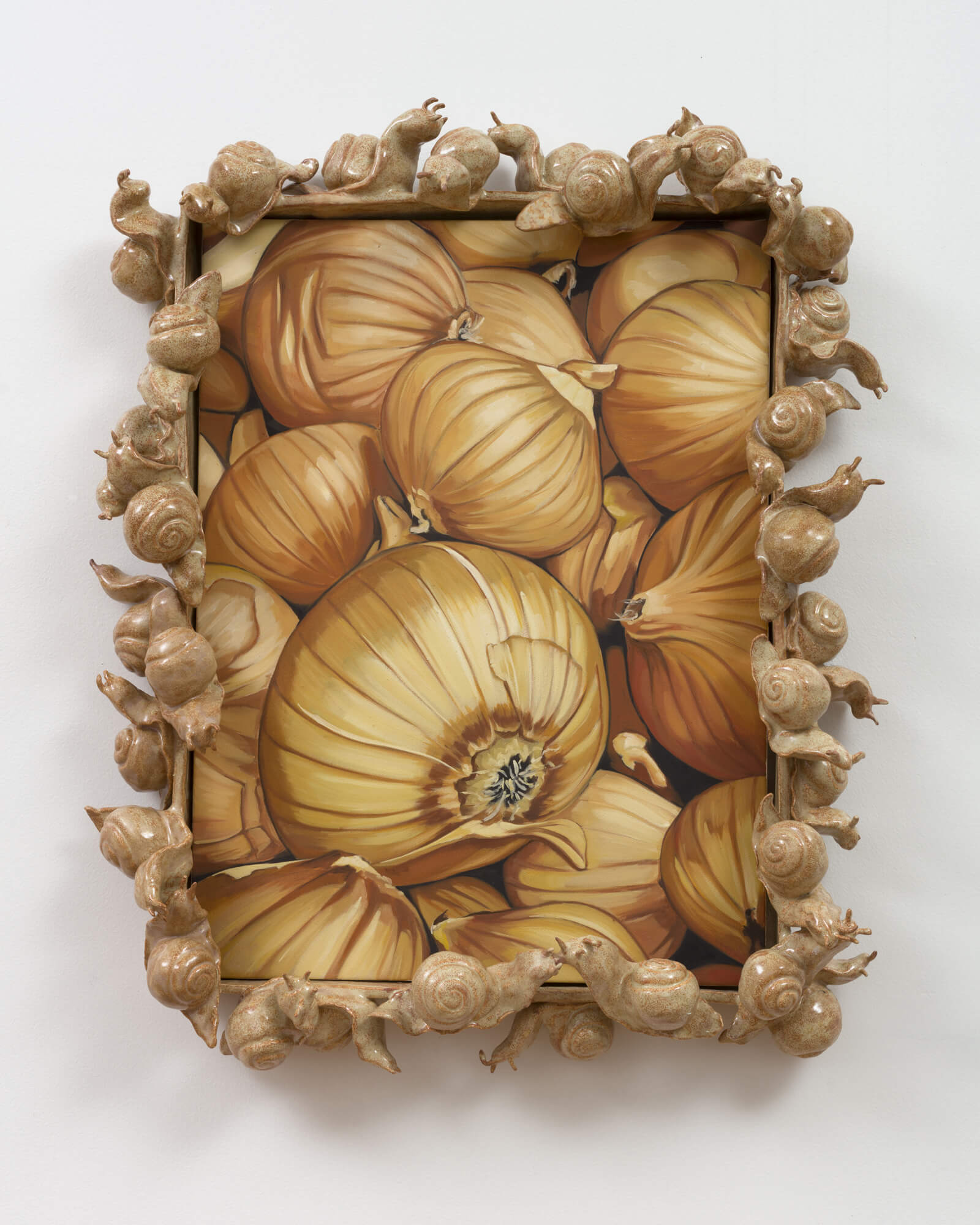 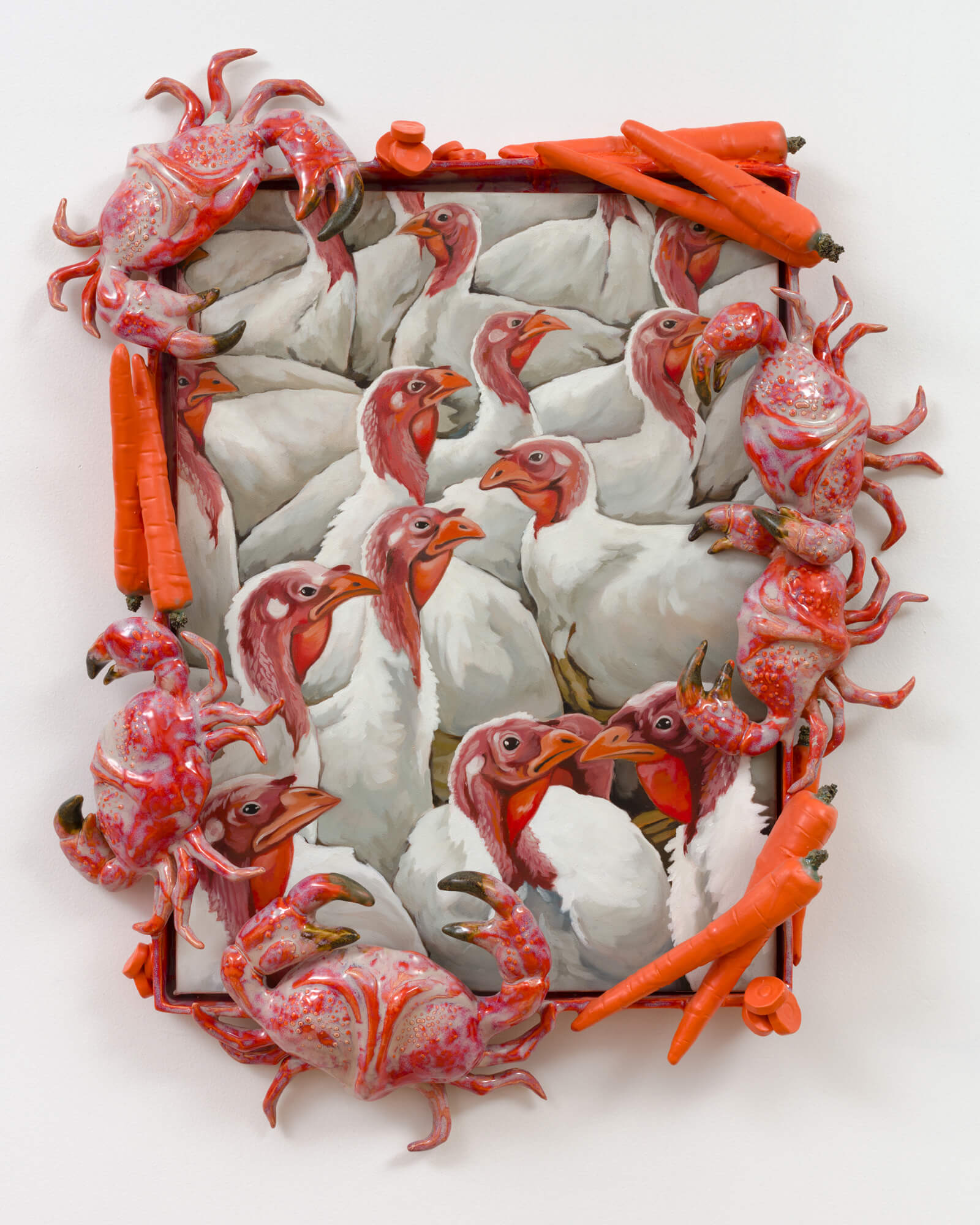 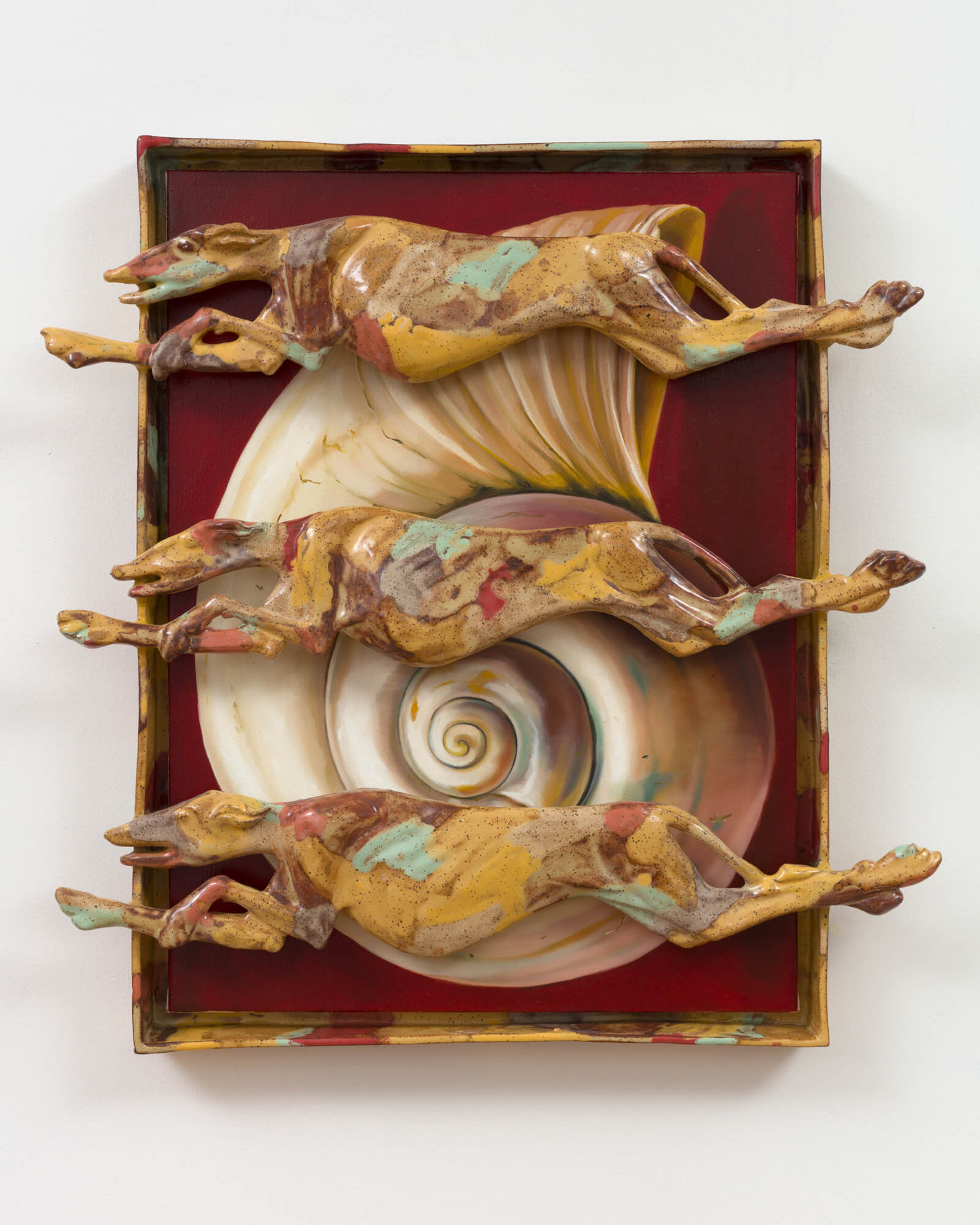 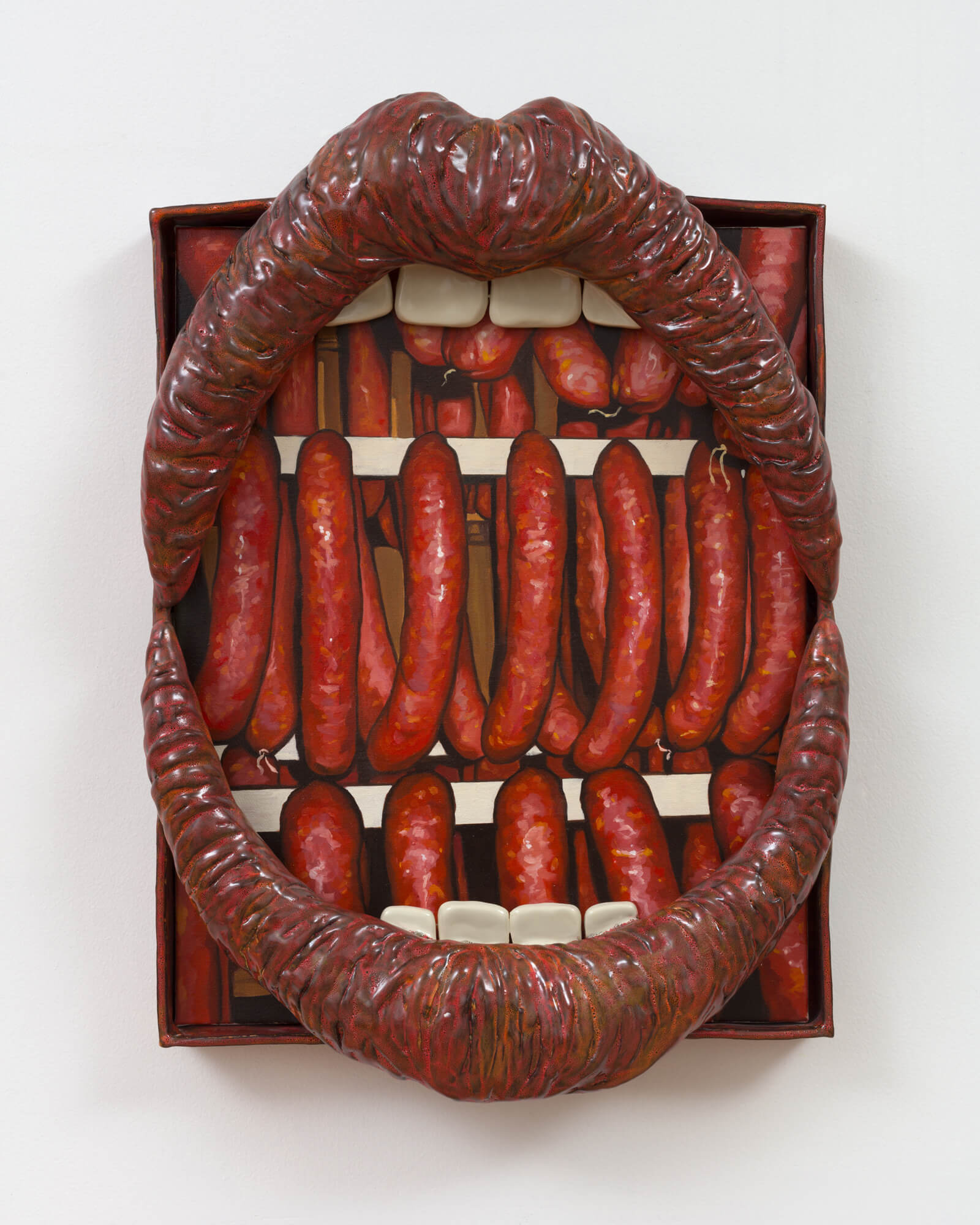 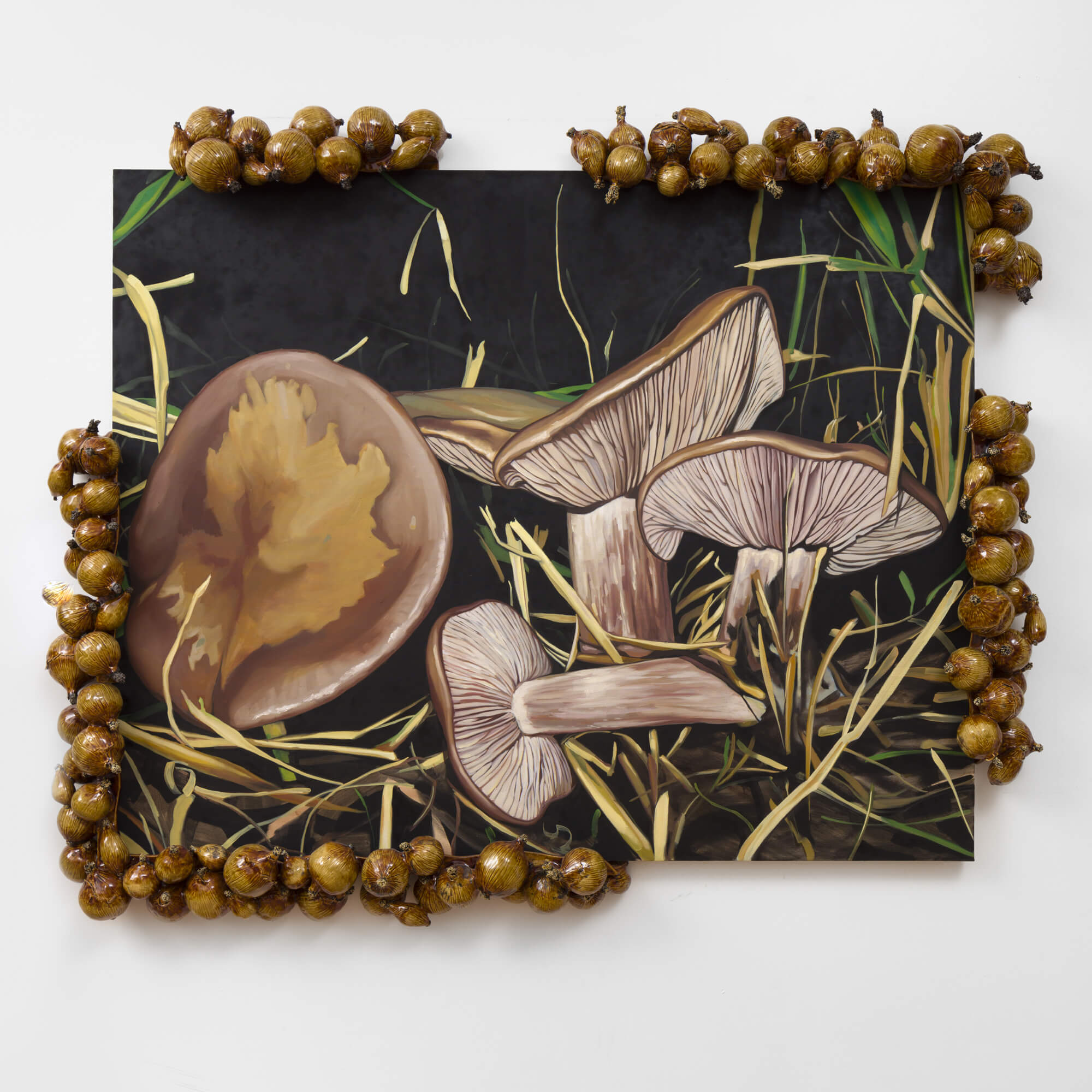 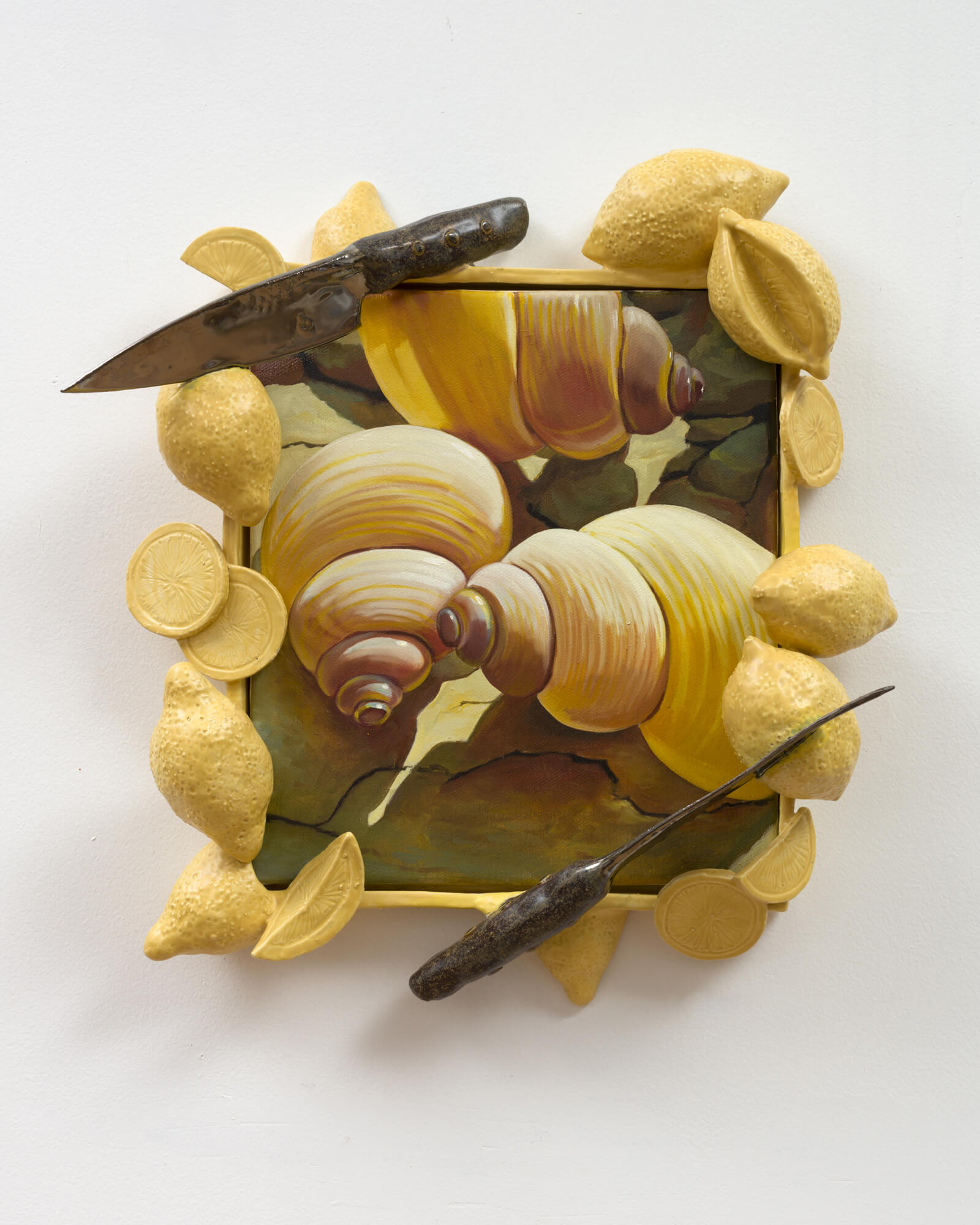 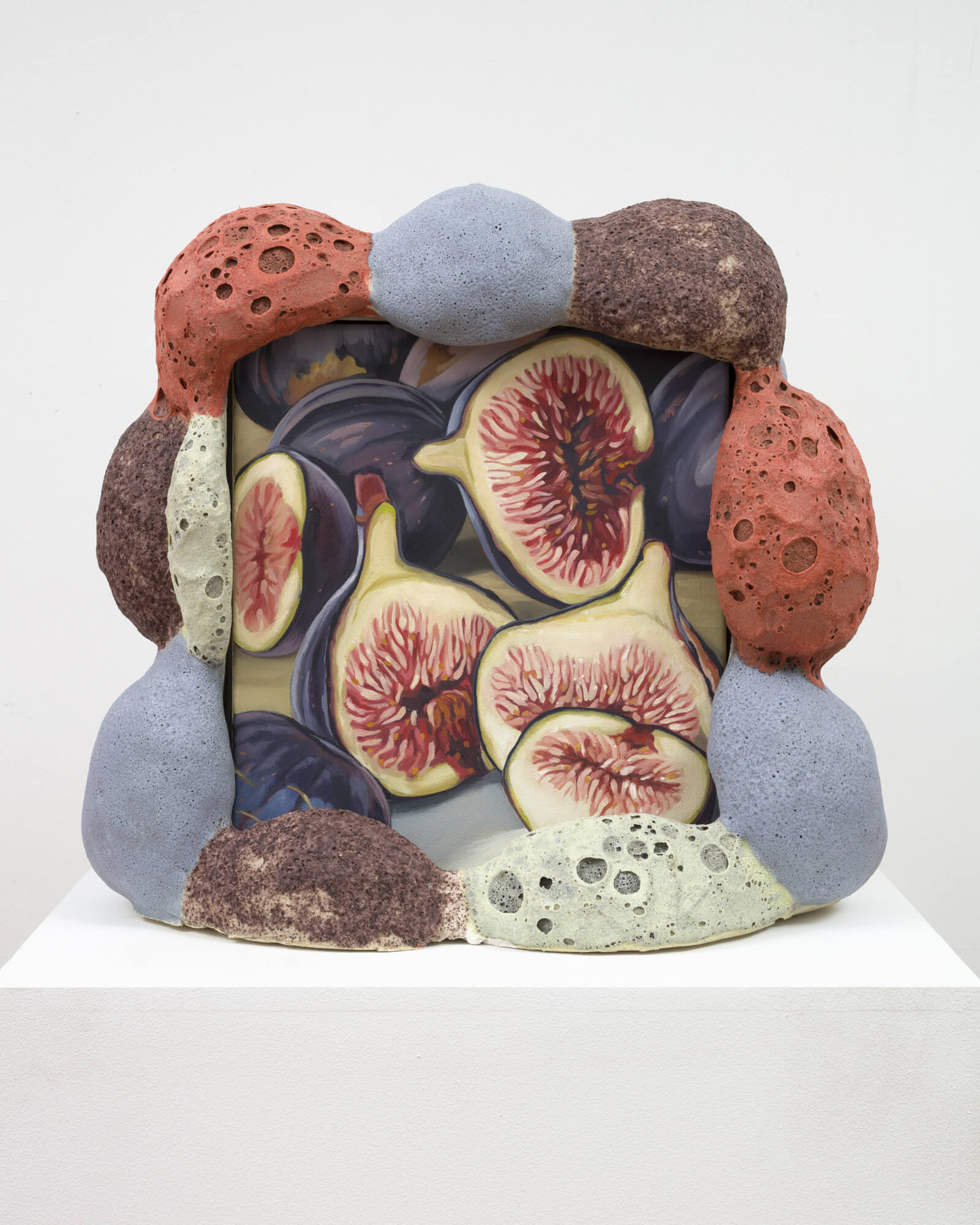 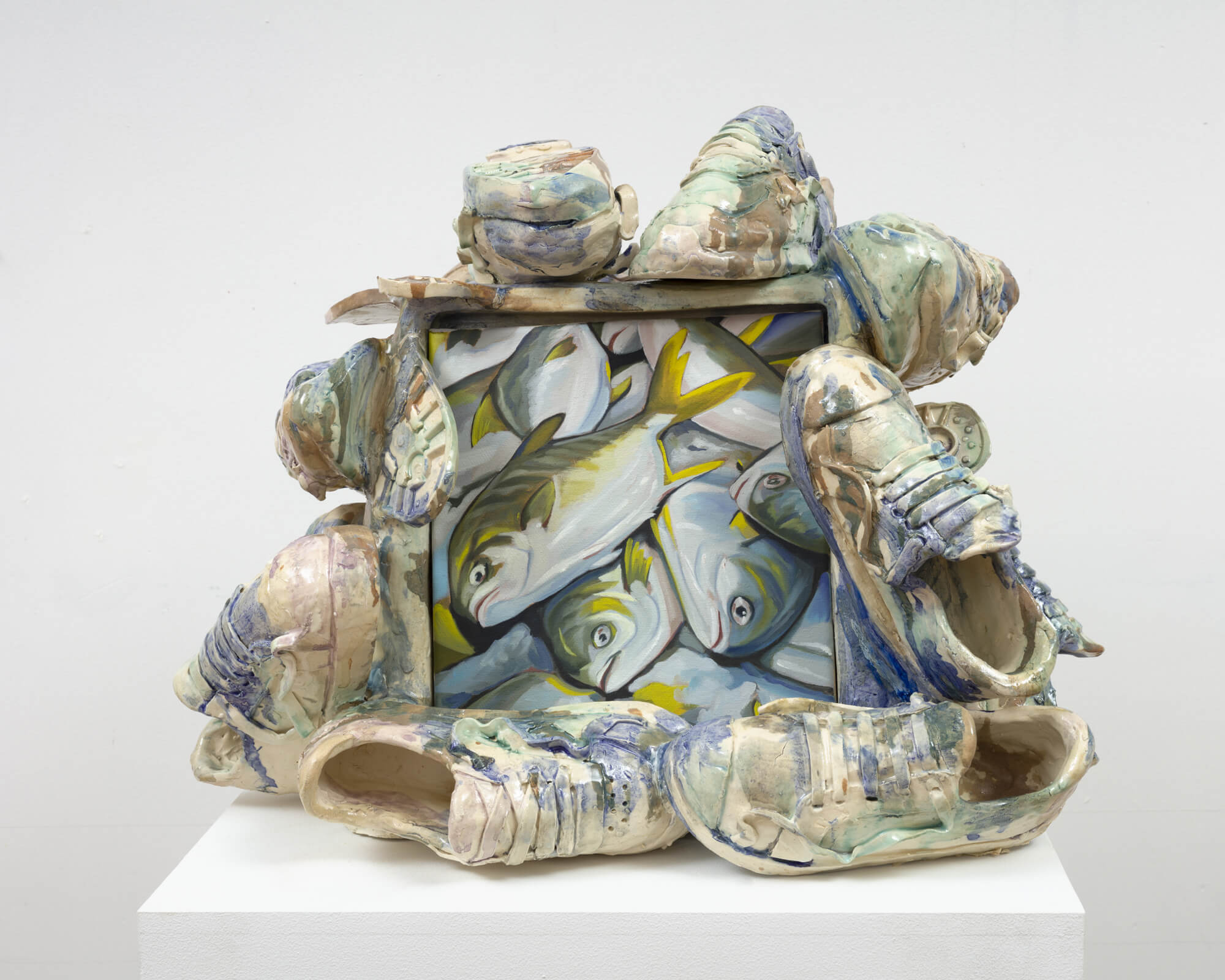 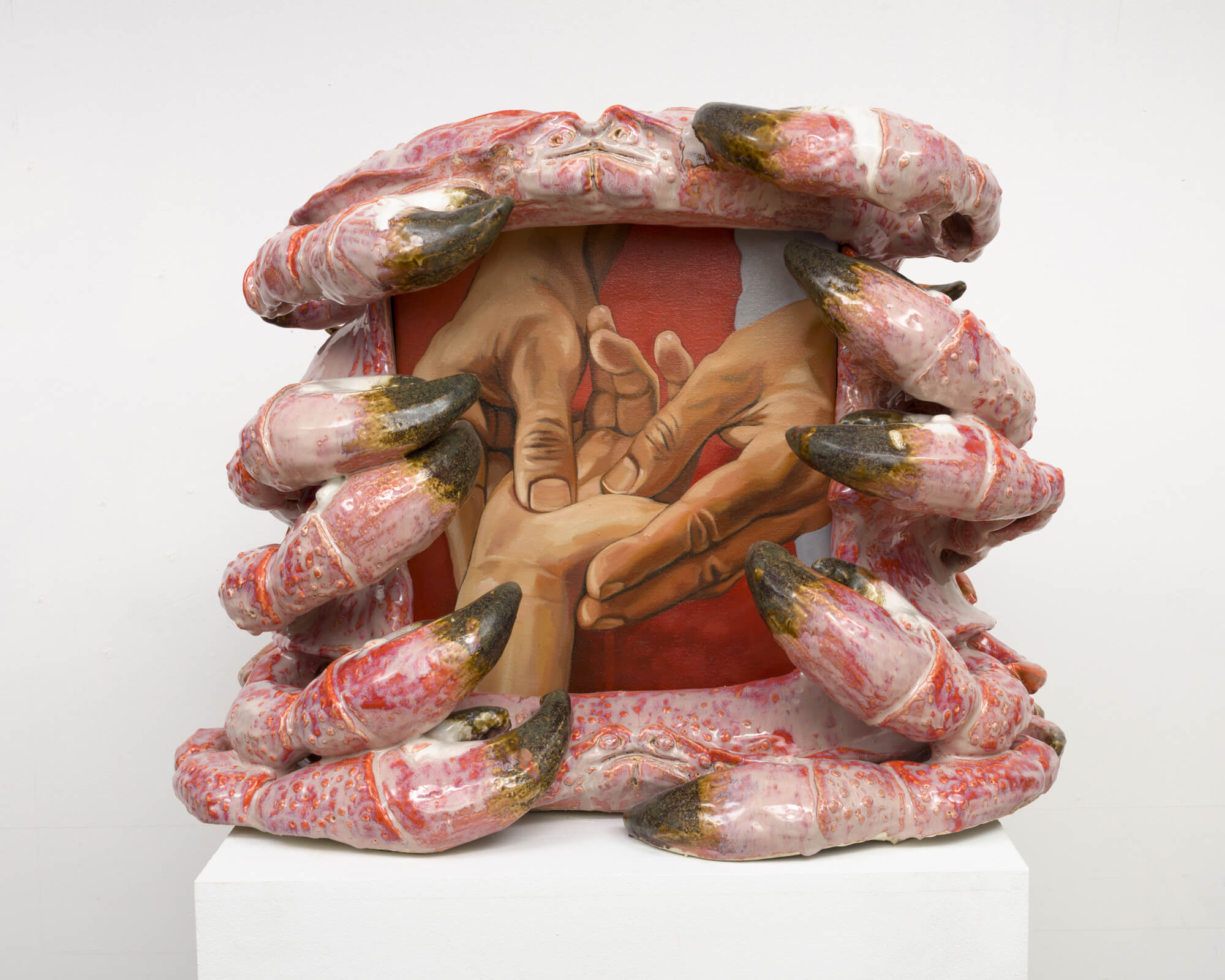 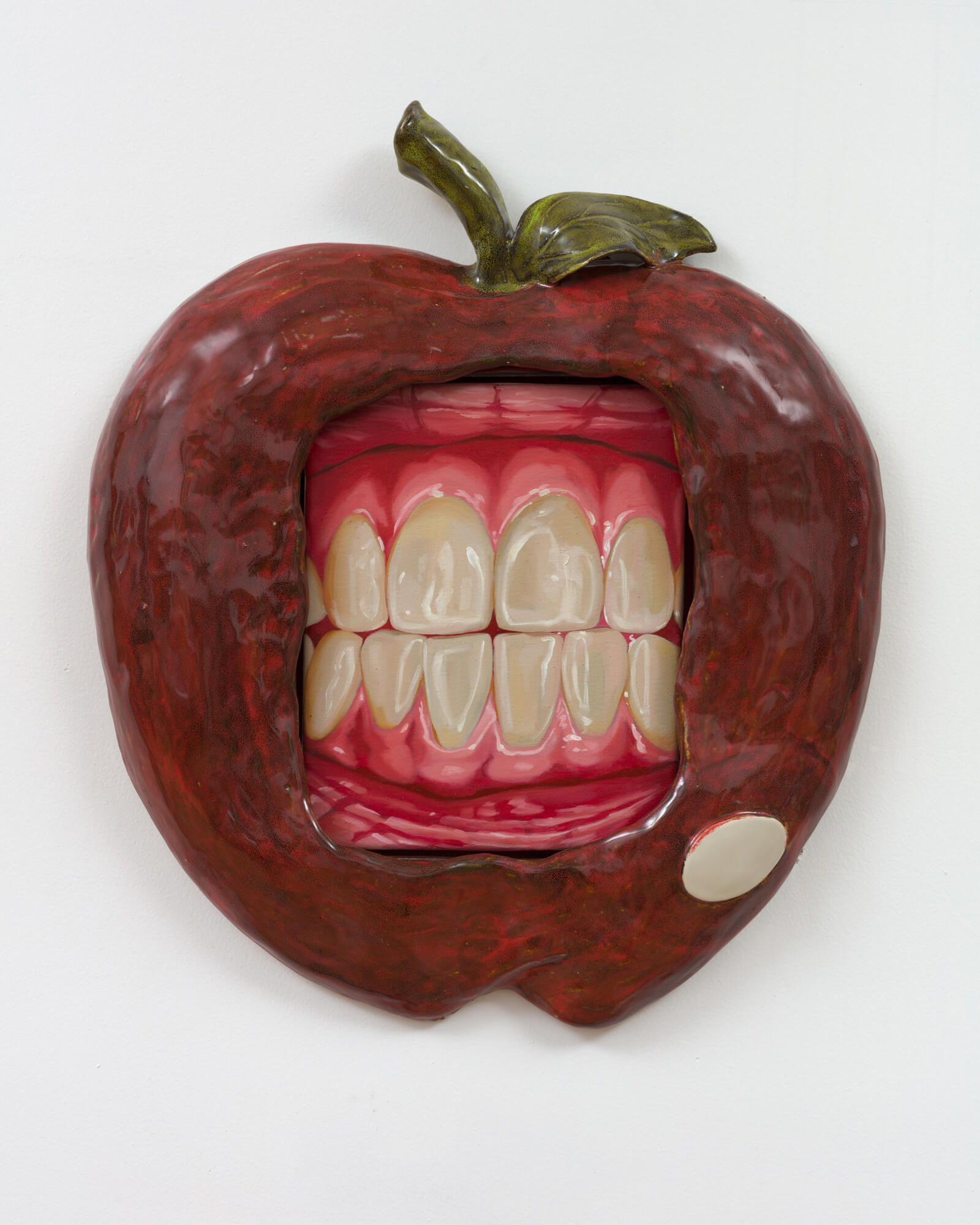