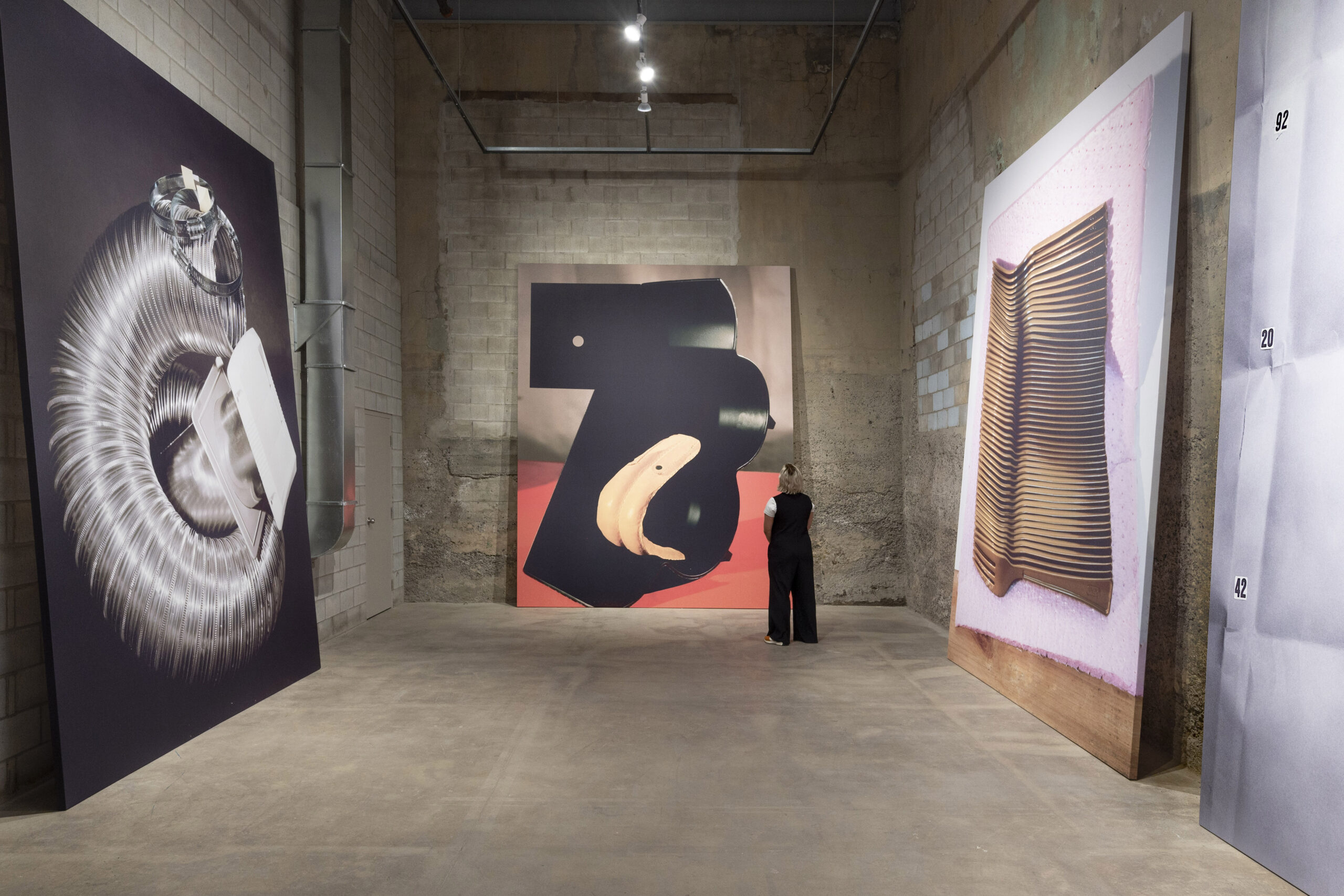 Borrowing its title from the final line in a poem by French poet Stéphane Mallarmé, Toute Pensée émet un Coup de Dés comprises two elements: oversized photographs in the Bunker space and smaller works in the gallery’s back room. In the former, Blalock’s UV-printed pictures are stretched over wooden frames and lean against the wall, towering over the viewer, acting more like large-scale sculptures than traditional photographs.

This installation continues Blalock’s ten-year preoccupation with reimagining photography through bodily encounters. In previous investigations, Blalock has incorporated tangible, fleshy subjects into his scenes, photographing hot dogs, ground beef, bodily bits, and stuffed animals. The corporeal is further emphasized in the artist’s techniques; using digital tools as if they were finger paints, working in the interpenetrating space of augmented reality, and through sculptural intervention. Blalock’s ongoing interest lies in rewiring our contemporary relationship to images by exploring the sensory potentials of an otherwise ephemeral, screen-based medium.

The exhibition’s towering artworks and surreal subjects recall theatre sets or misbegotten billboards. But here, the scenes are allusions, showing a sort of slippery, winking relationship between the object and the abstracted role it plays within its image. The artworks’ subjects—a folded piece of paper, a shower extension, zippers—are at once mundane and peculiar, but have become undeniably monumental. Inthe chance encounter illustrated by the meeting of the sewing machine and umbrella on an ironing board  (2010-22), whose title references Surrealist poet Comte de Lautréamont describing the beauty of incompatible realities, a twisted dryer exhaust kit recalls an embracing Virgin and Child, complete with industrial halos. Both Fork in Motion (2015-22), showing a stack of forks against a fleshy pink foam, and Athletic Portrait (2018-22), featuring a concave piece of metal, not unlike a hip or shoulder joint, atop a red carpet, call to mind more elegant Modernist conceits.

In both bodies of work, Blalock thrives in the tensions of allusion, cribbing devices from Surrealism, Pop, and Post-Minimalism. Yet he is playing the past for the future and pushing forward relationships intractably bound up in our—and photography’s—present situation. The object world is ours, caught up in disposability, commodified desire, and plastics, but even so, there is a sense that these compositions and characters are turned inward, operating according to their own set of terms, with or without us. They have been resigned to their dearth of value but, as Mallarmé says in his own potential rejoinder to Blalock’s title: “A Throw of the Dice will Never Abolish Chance.”

Artist Talk: Join us for a discussion between artists Jessica Eaton and Lucas Blalock on Saturday, November 12th at 3PM, in the context of their respective solo exhibitions. The event is free and open to all.

Lucas Blalock (b. 1978, Asheville, North Carolina) lives and works in Brooklyn, New York City. His work has been exhibited at The Museum of Modern Art (New York), The Walker Art Center (Minneapolis), The Metropolitan Museum of Art (New York), and The 2019 Whitney Biennial. Solo exhibitions have been staged at the Institute of Contemporary Art (Los Angeles), the Museum Kurhaus (Kleve, Germany), Ramiken Crucible (New York), White Cube (London), Galerie Eva Presenhuber (New York and Zurich), and Rodolphe Janssen (Brussels). Blalock’s forthcoming publications include Oar Or Ore (Museum Kurhaus and Abroms-Engel Institute for the Visual Arts), an expansive survey of the artist’s work since 2013, and Why Must the Mounted Messenger Be Mounted? (Objektiv, 2022), the artist’s first book of writing. 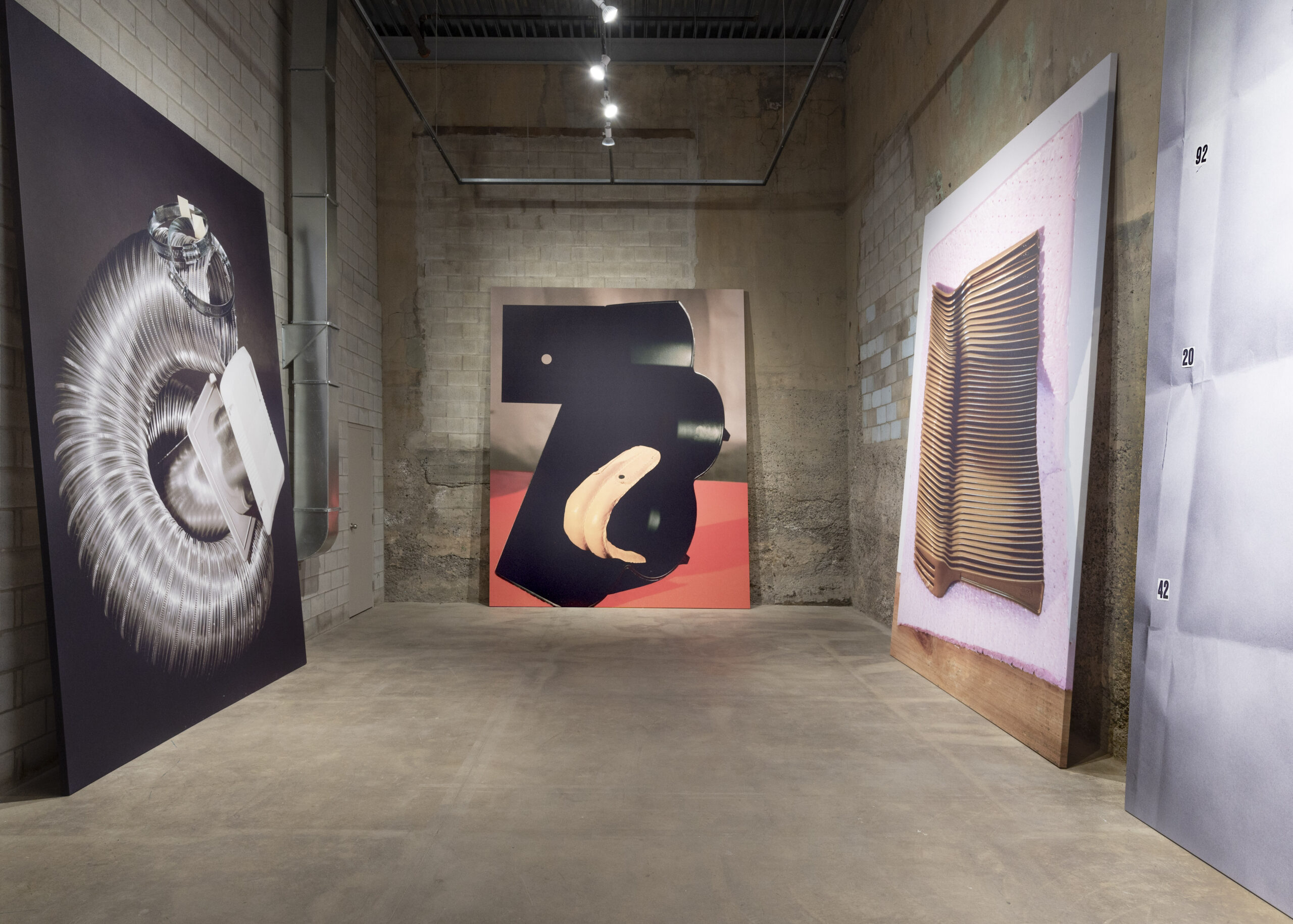 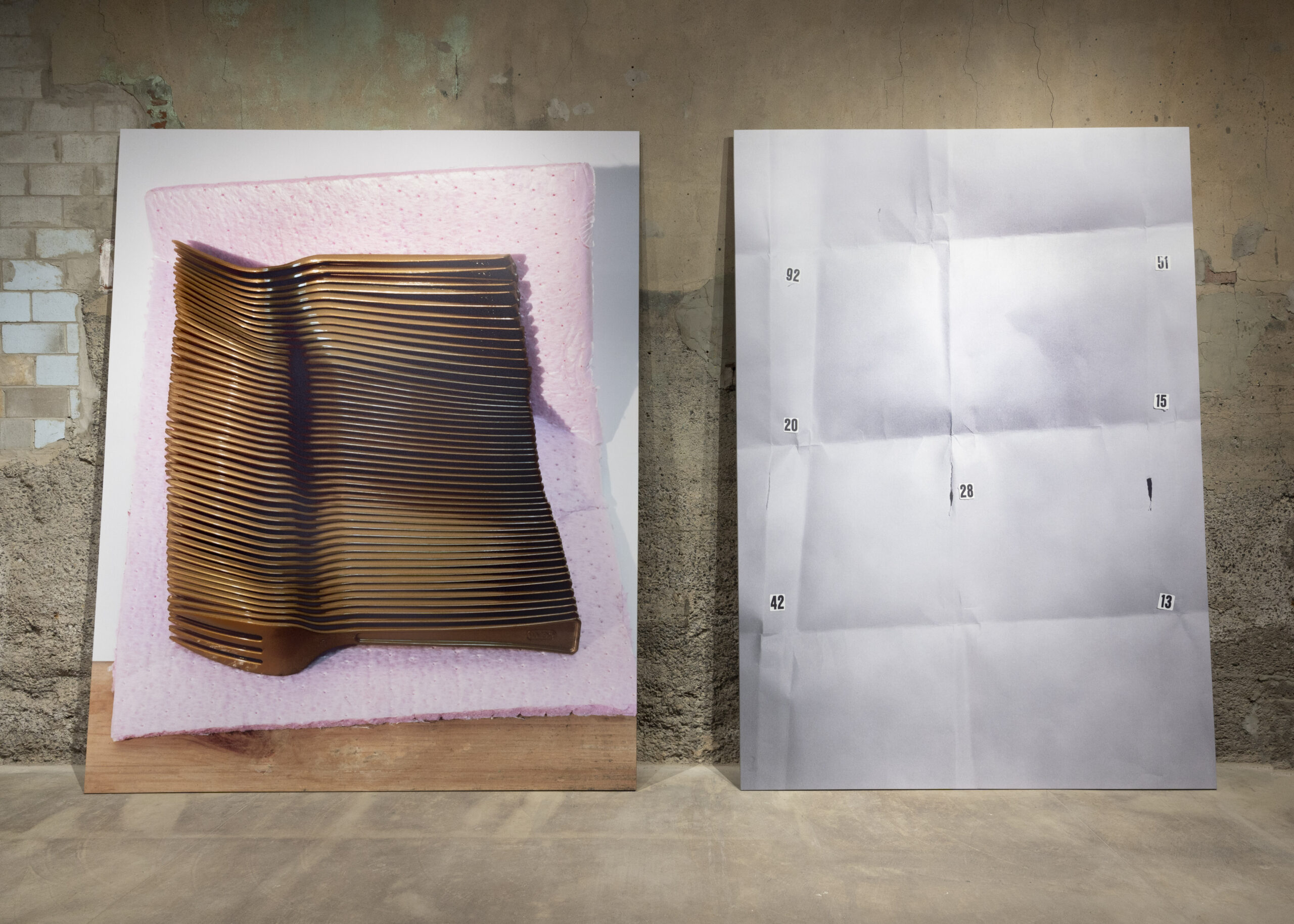 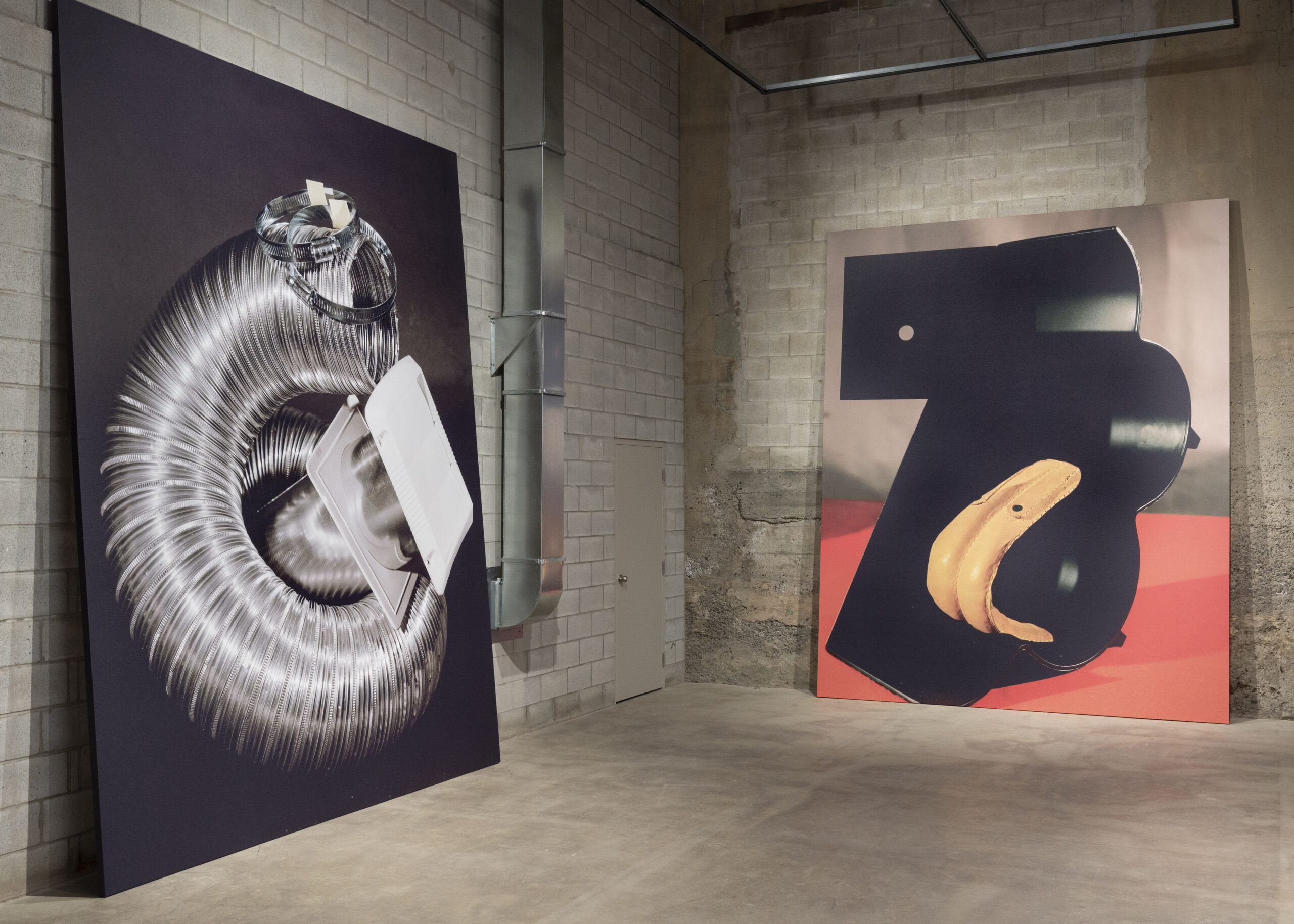 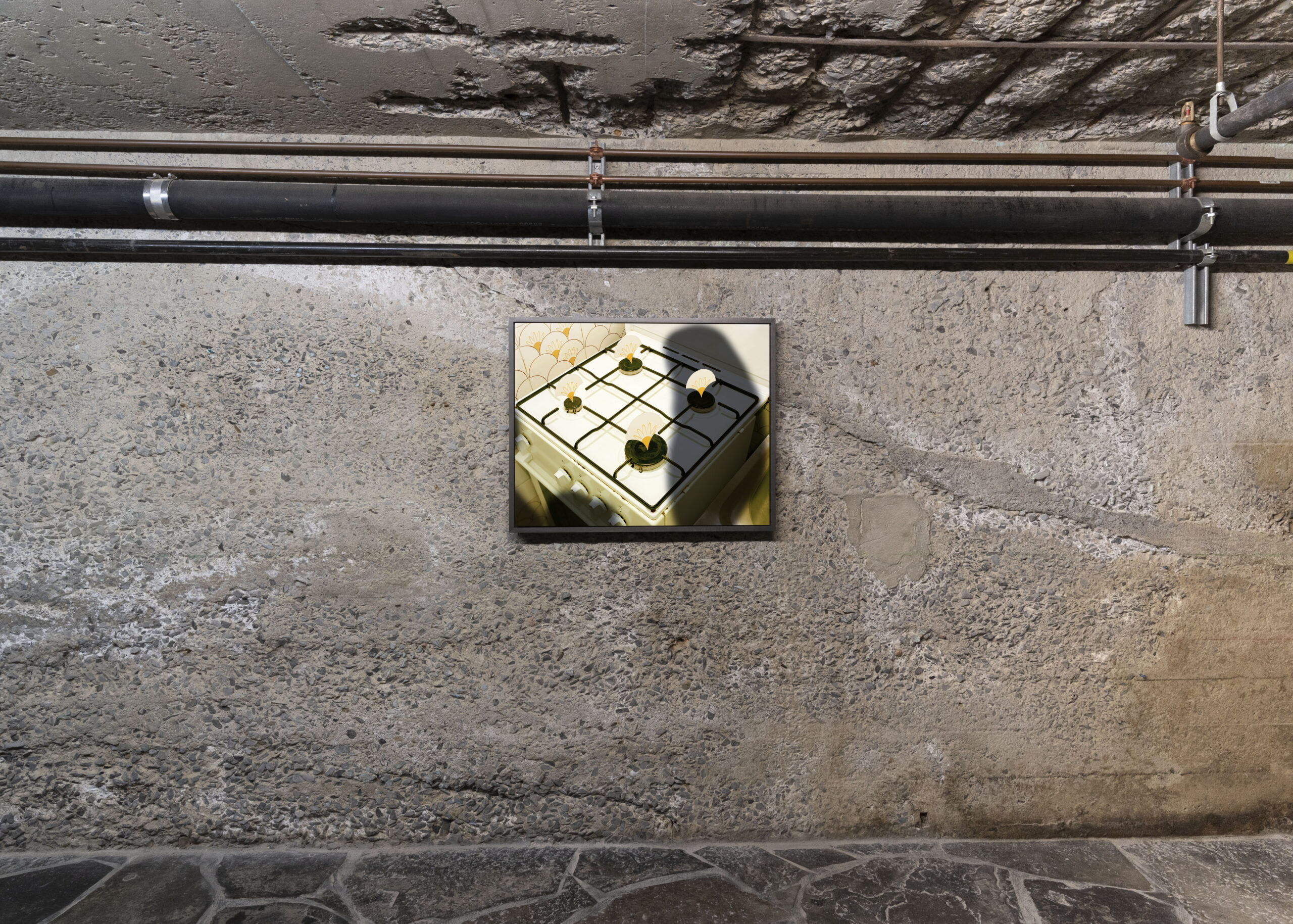 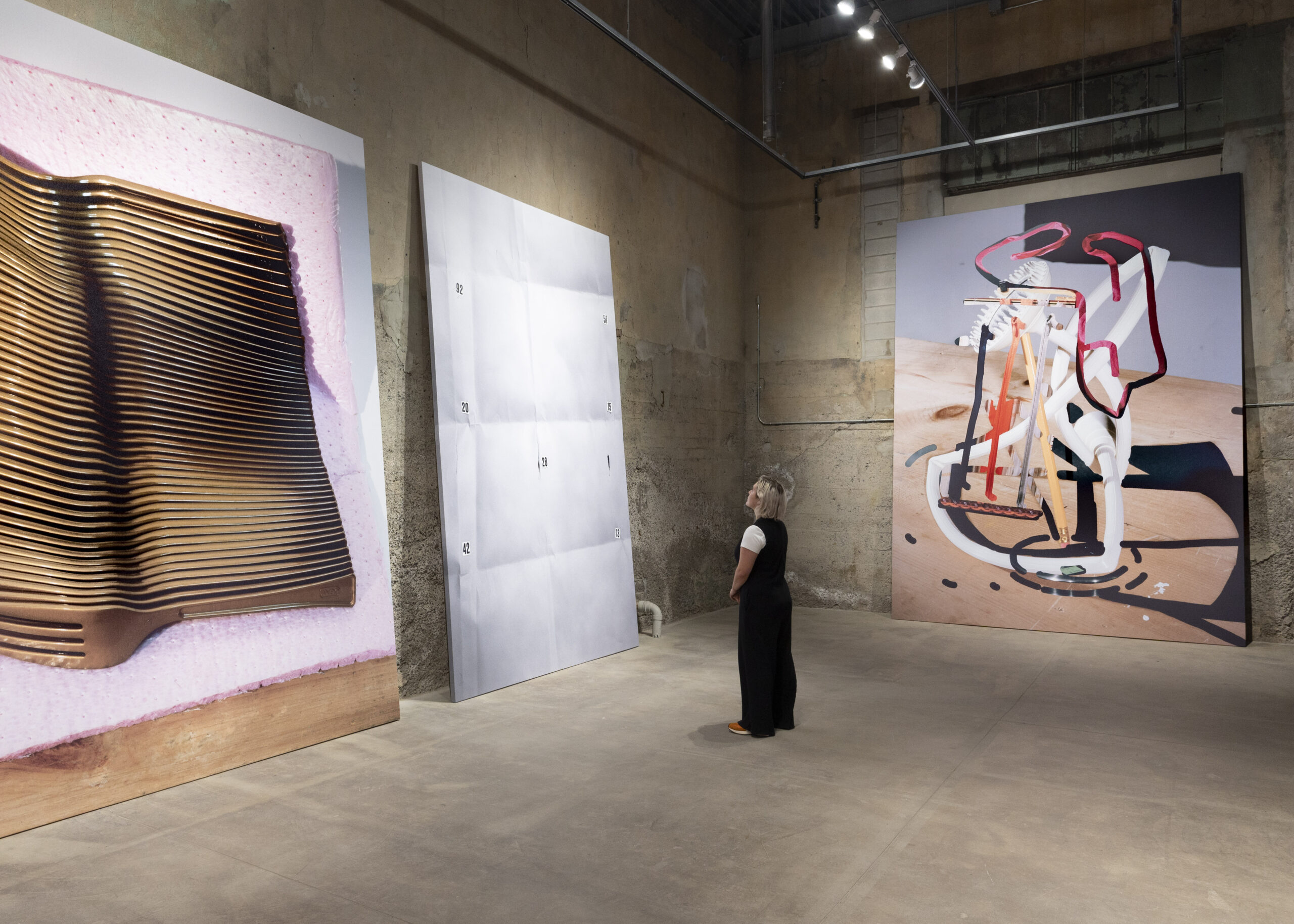 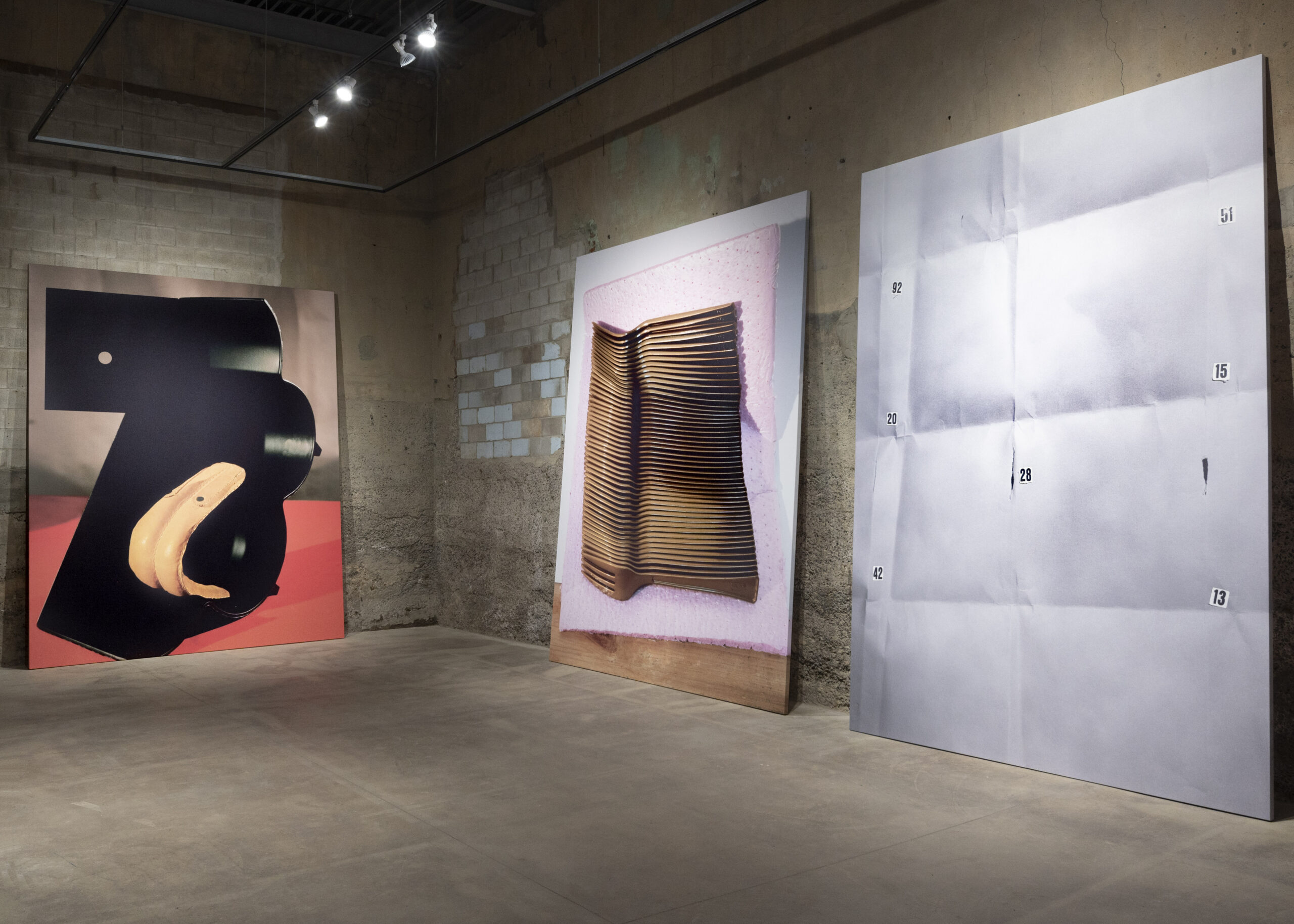 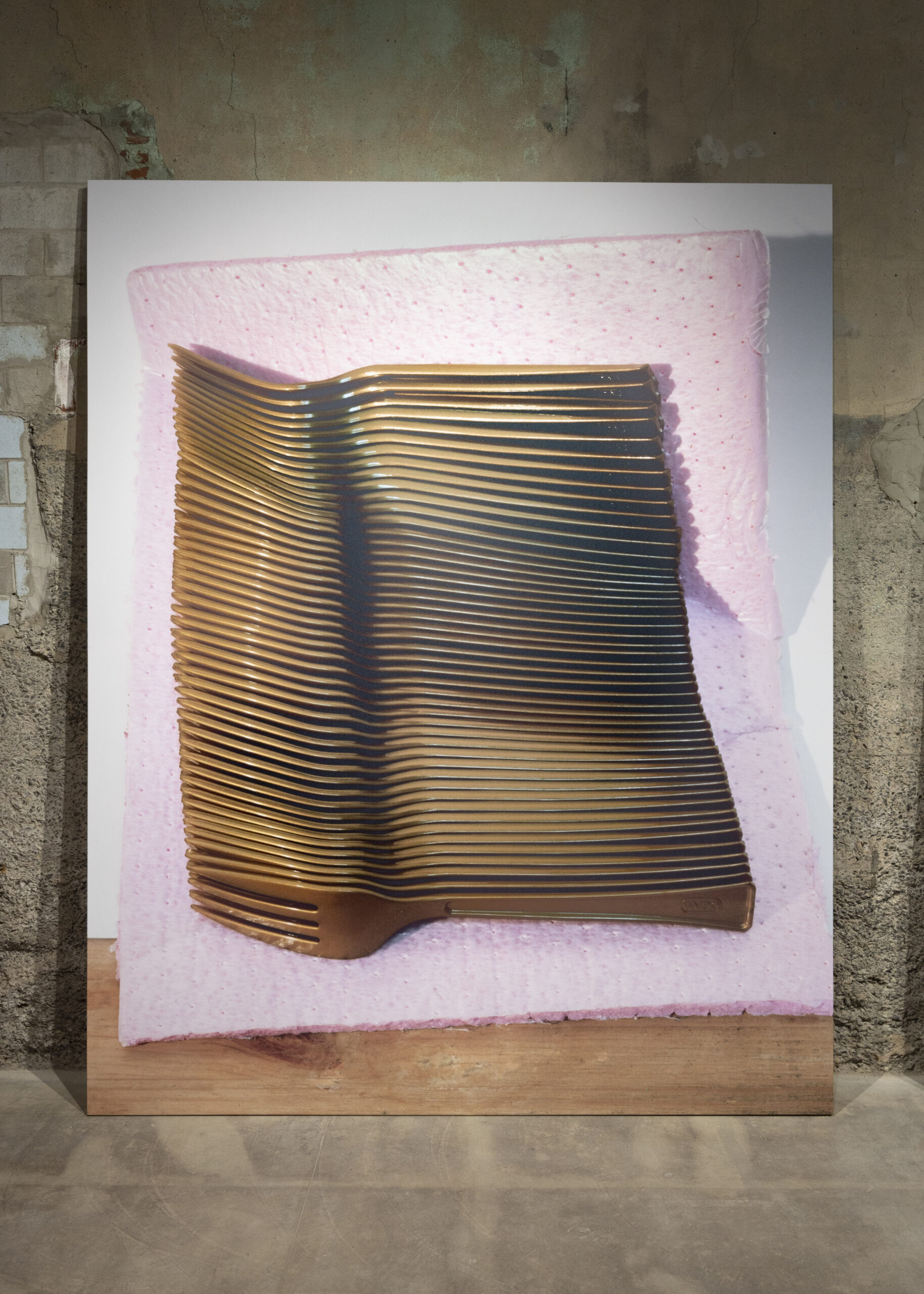 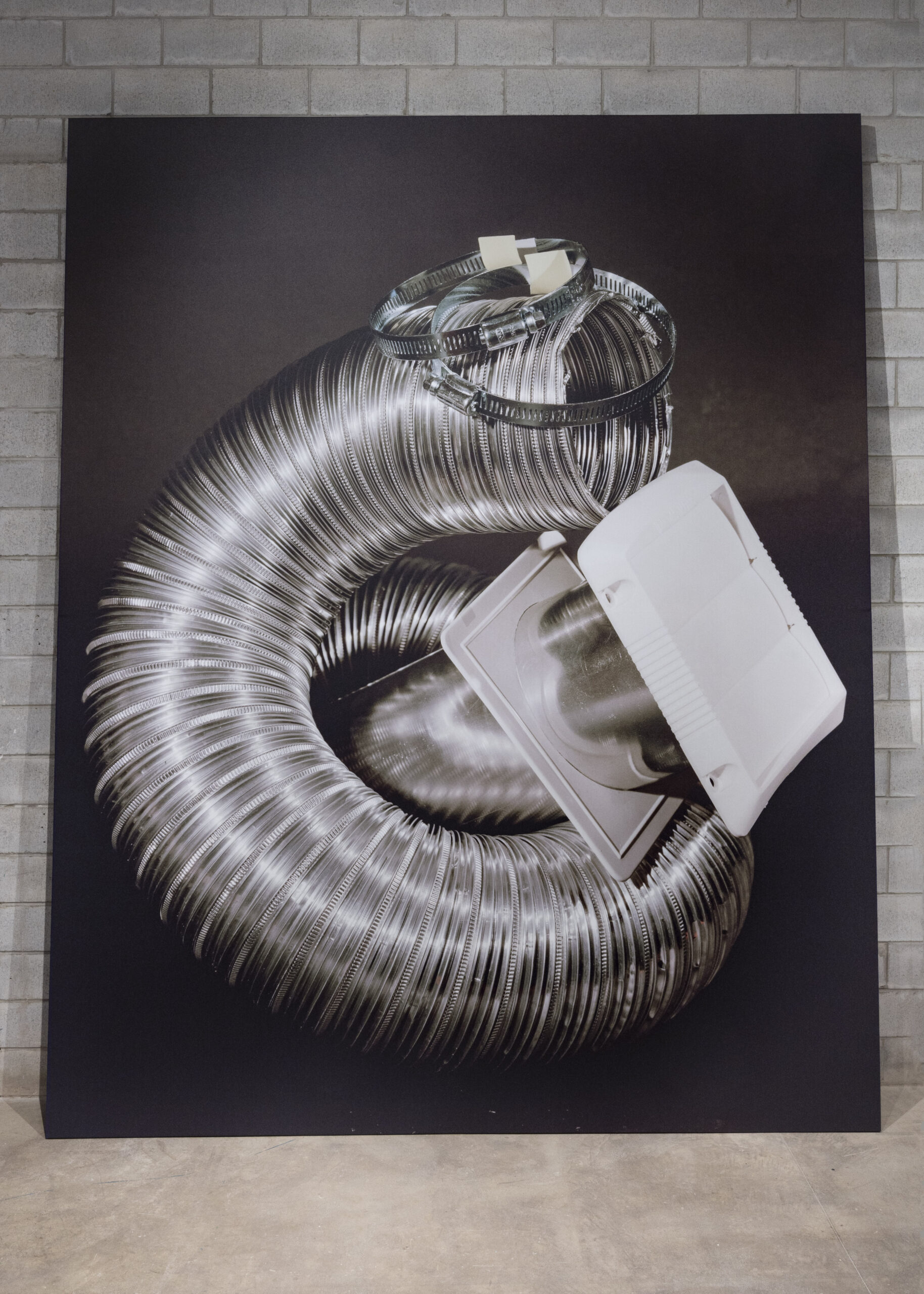 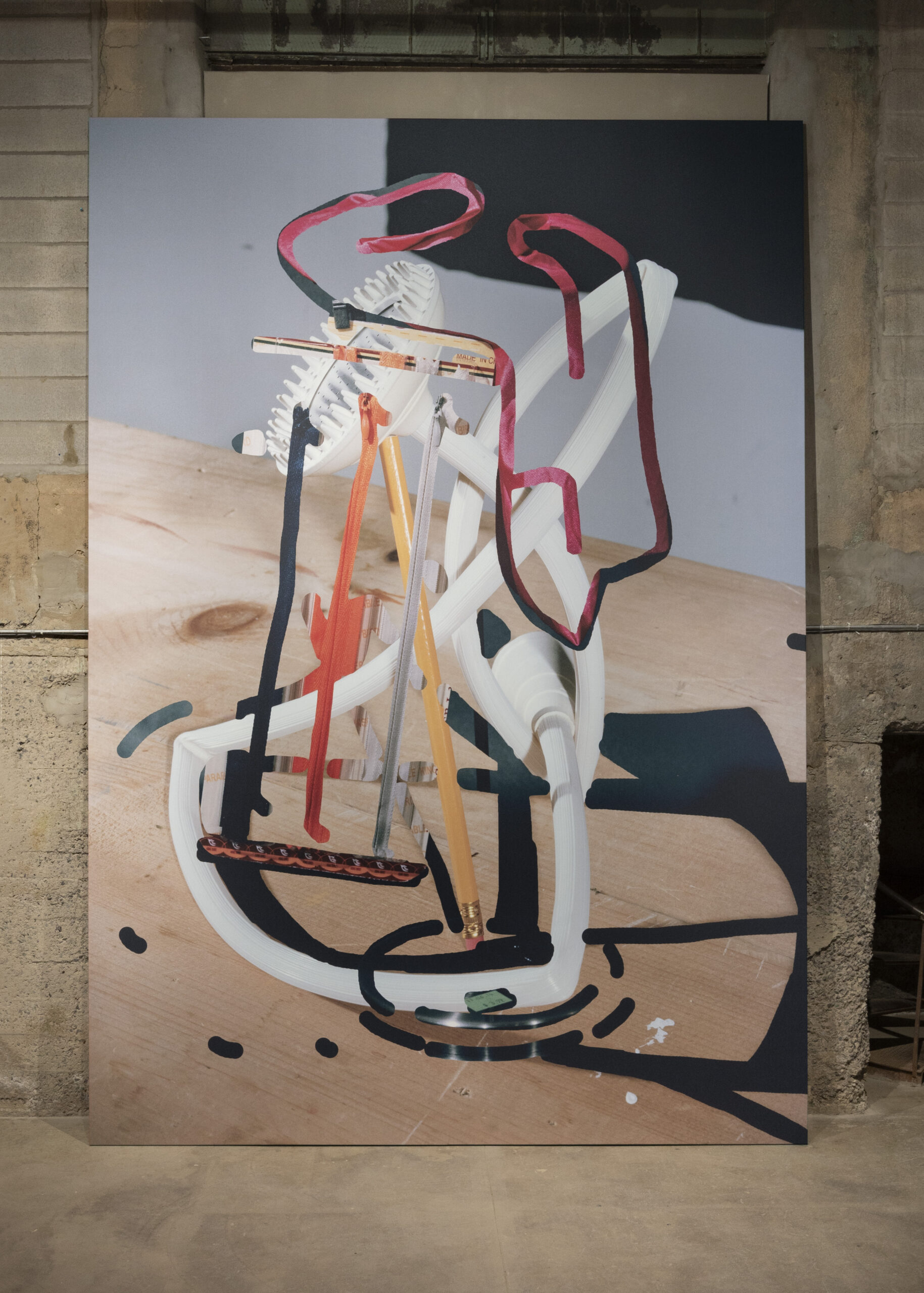 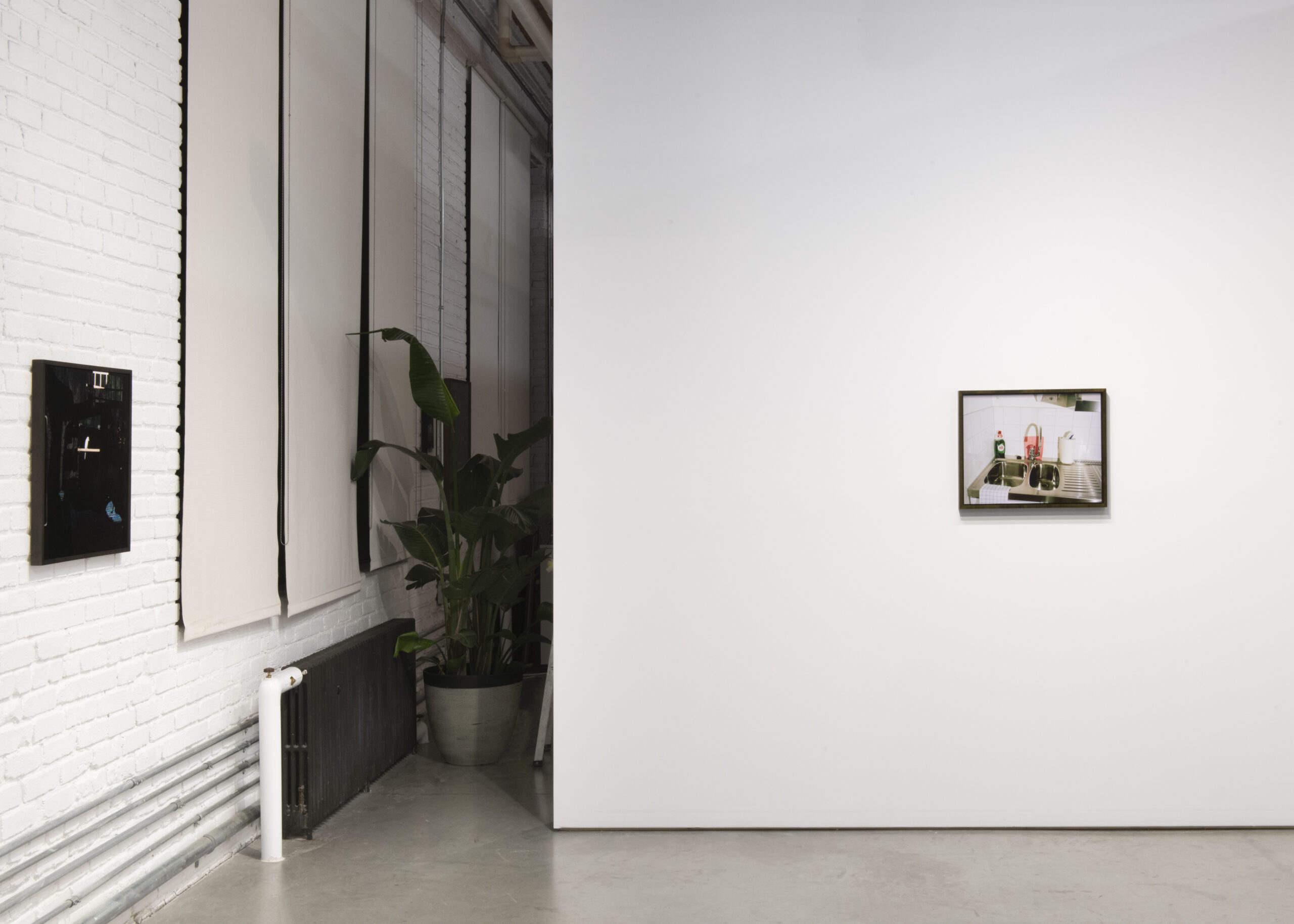 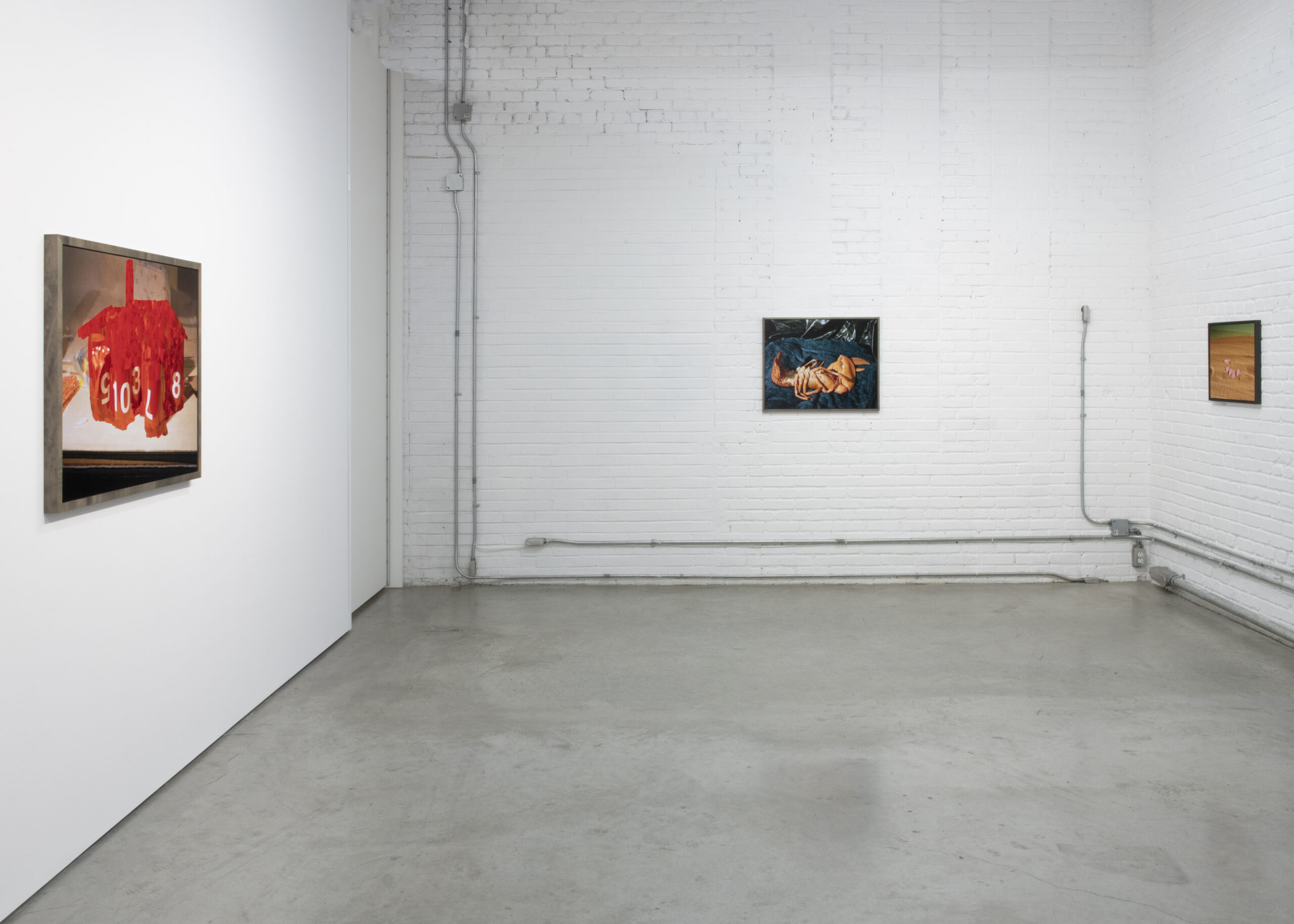 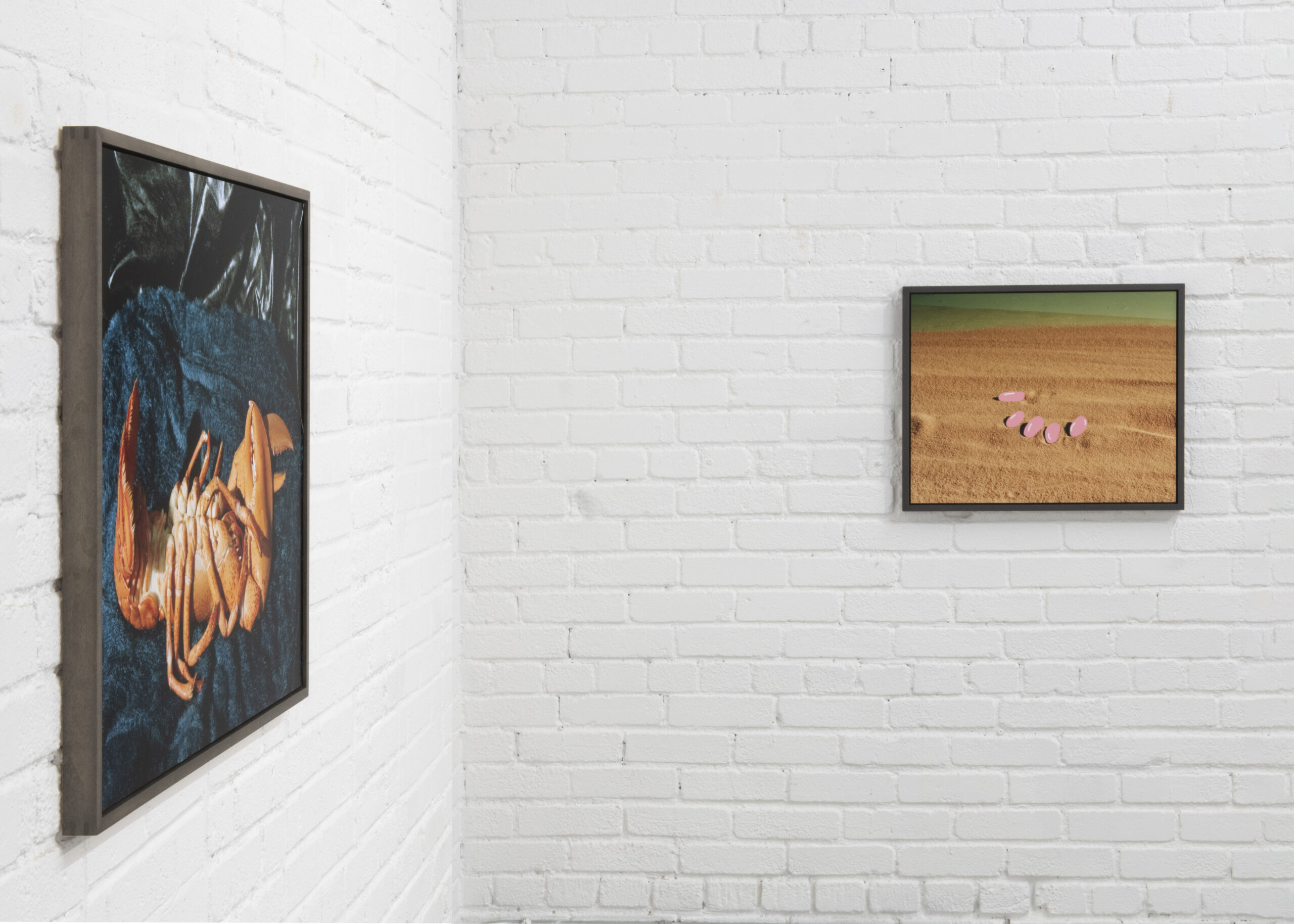 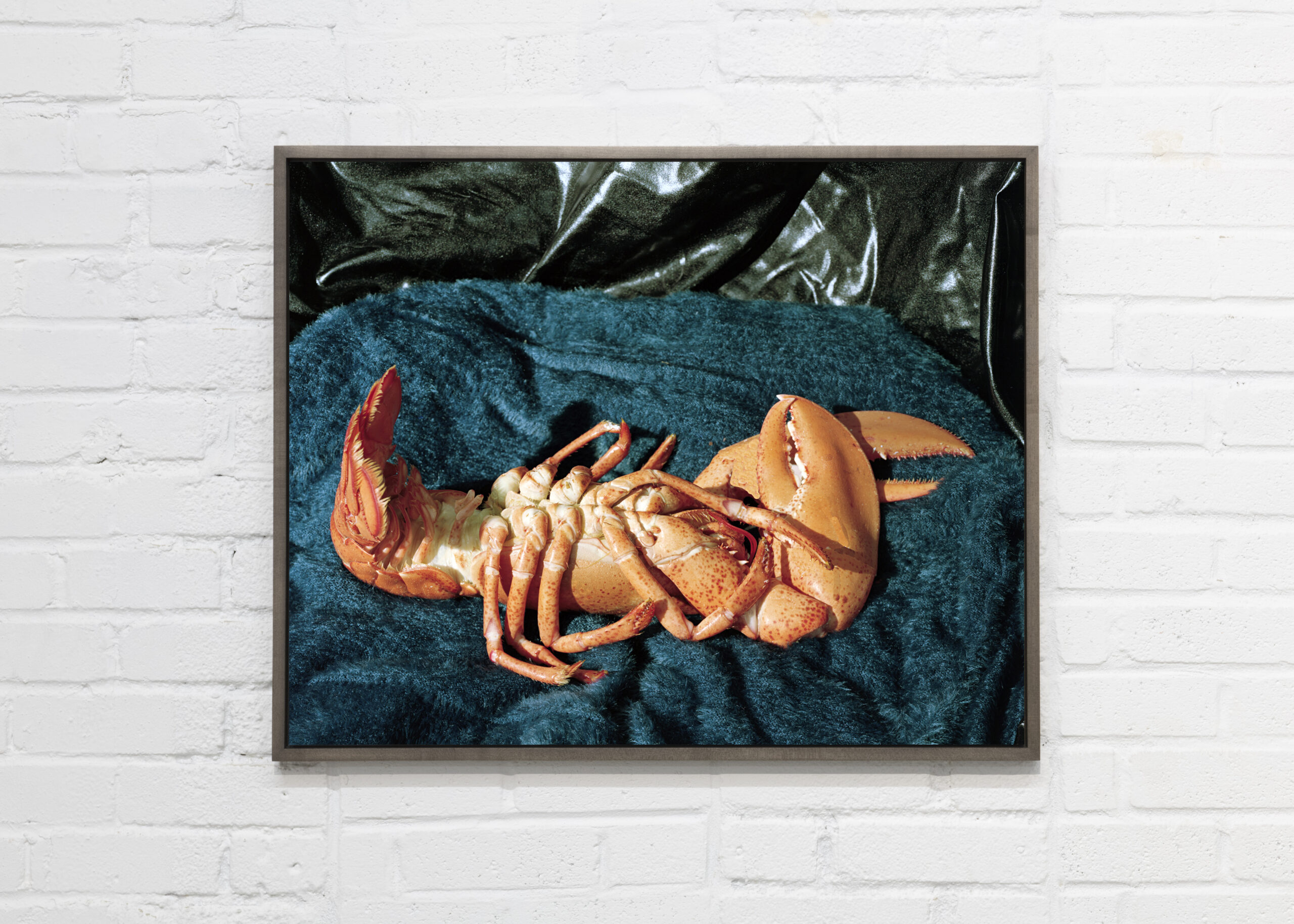 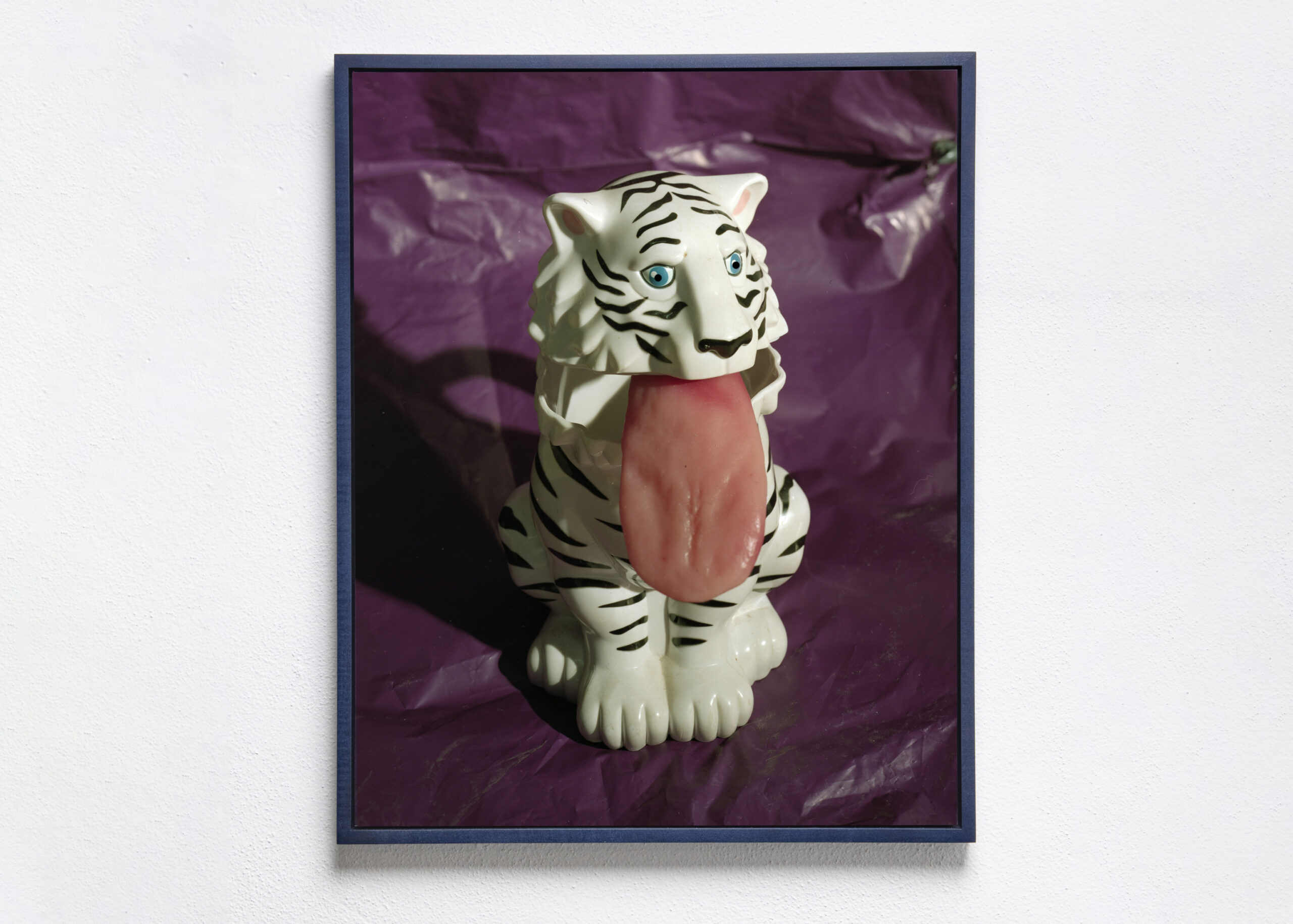 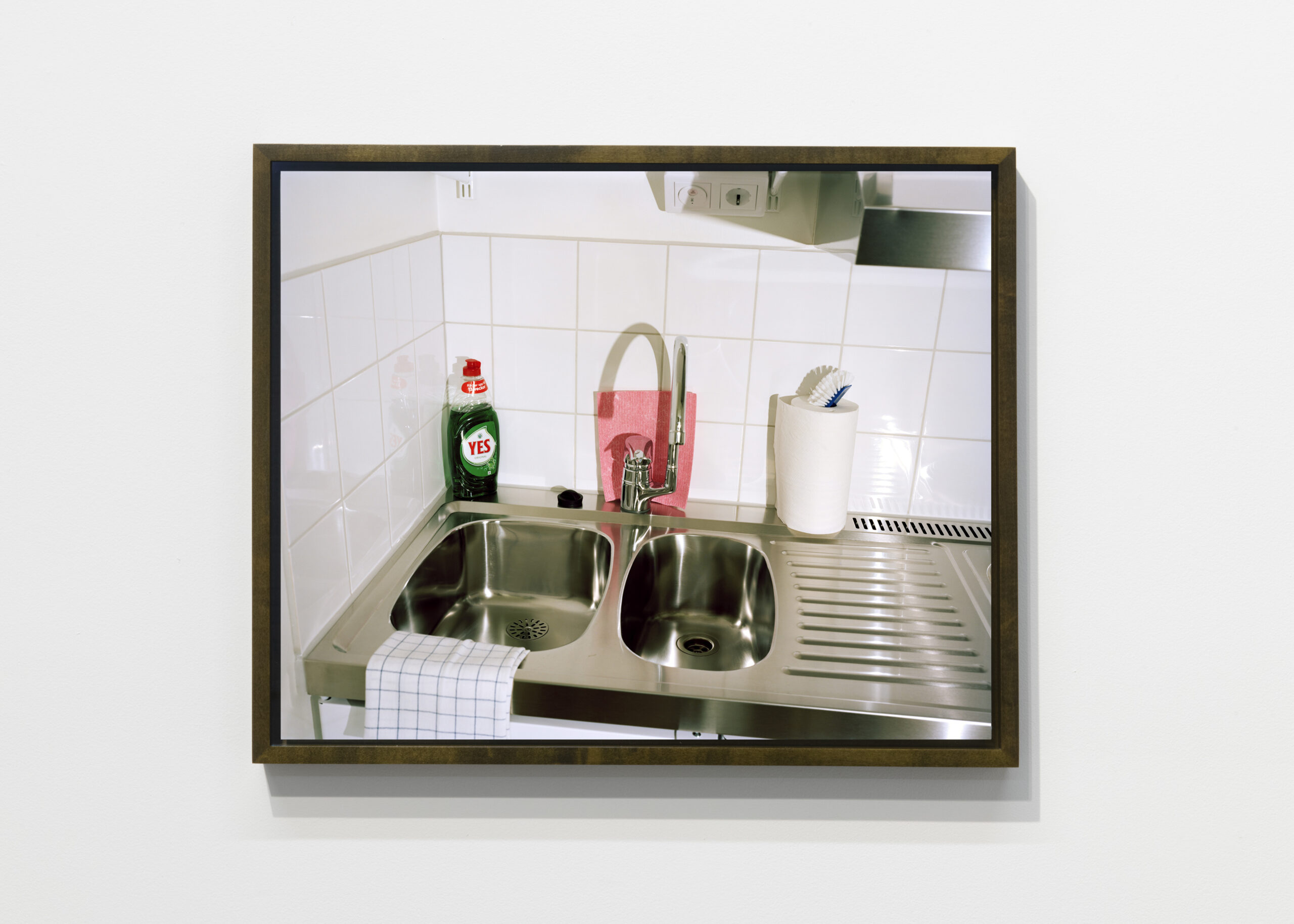