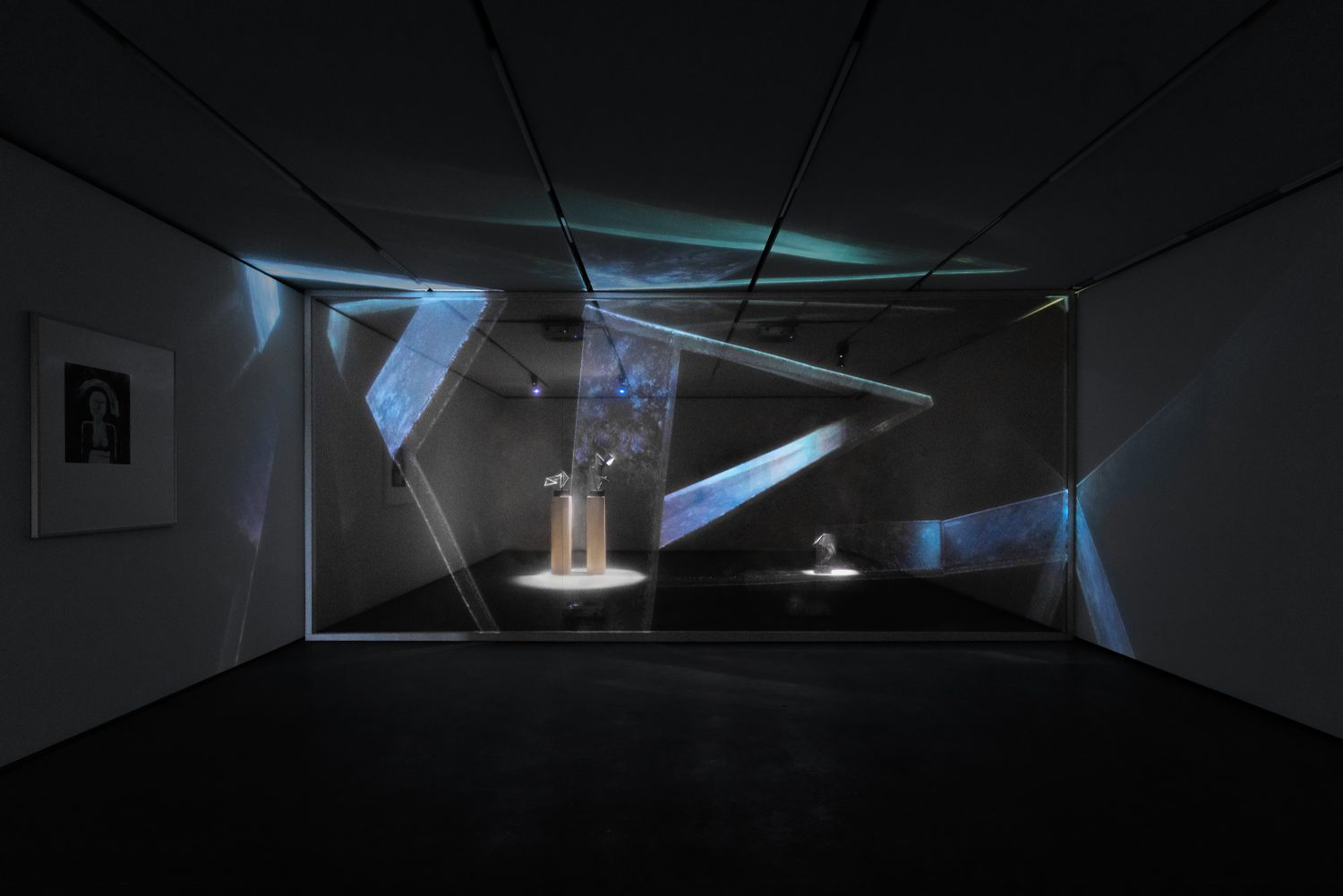 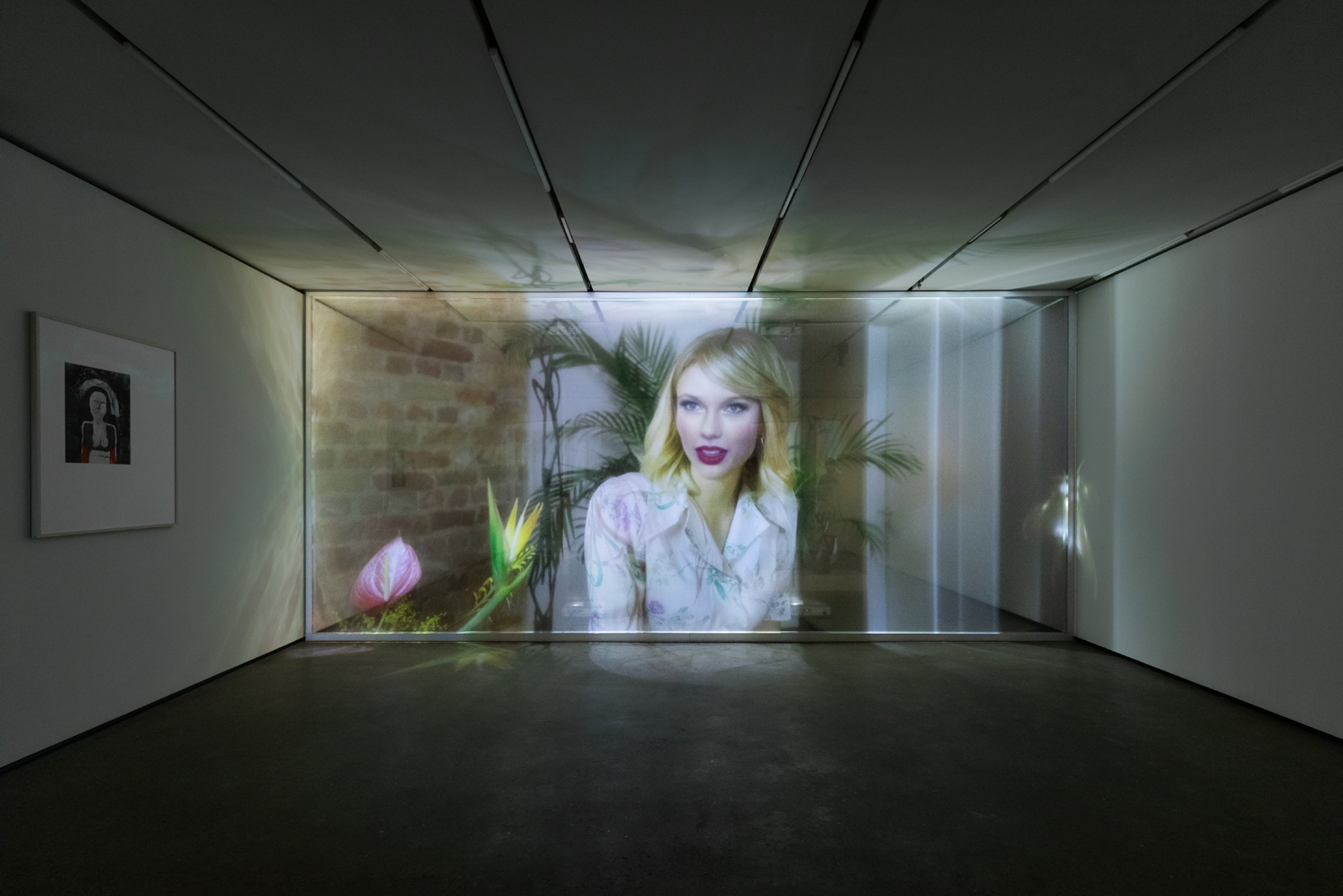 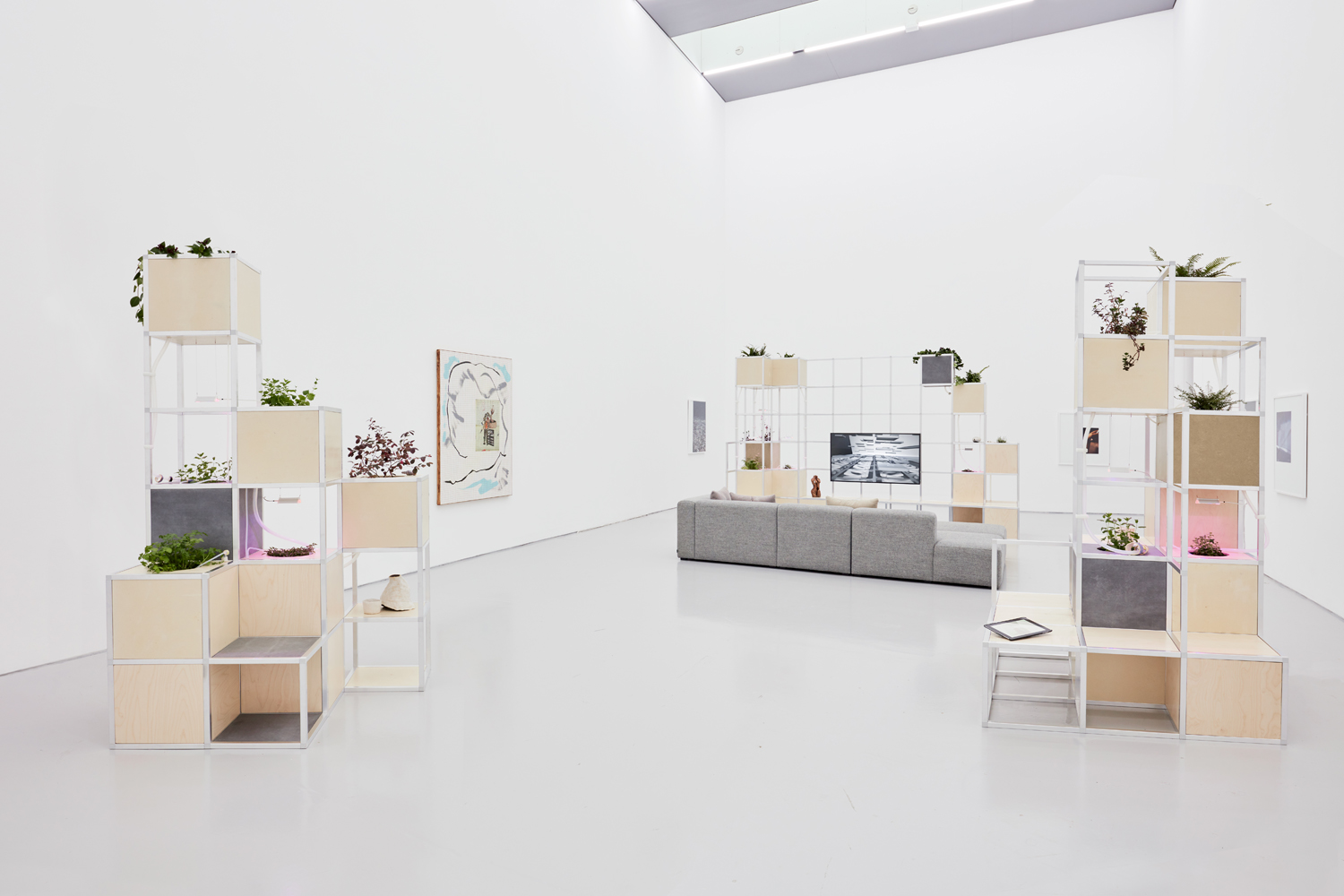 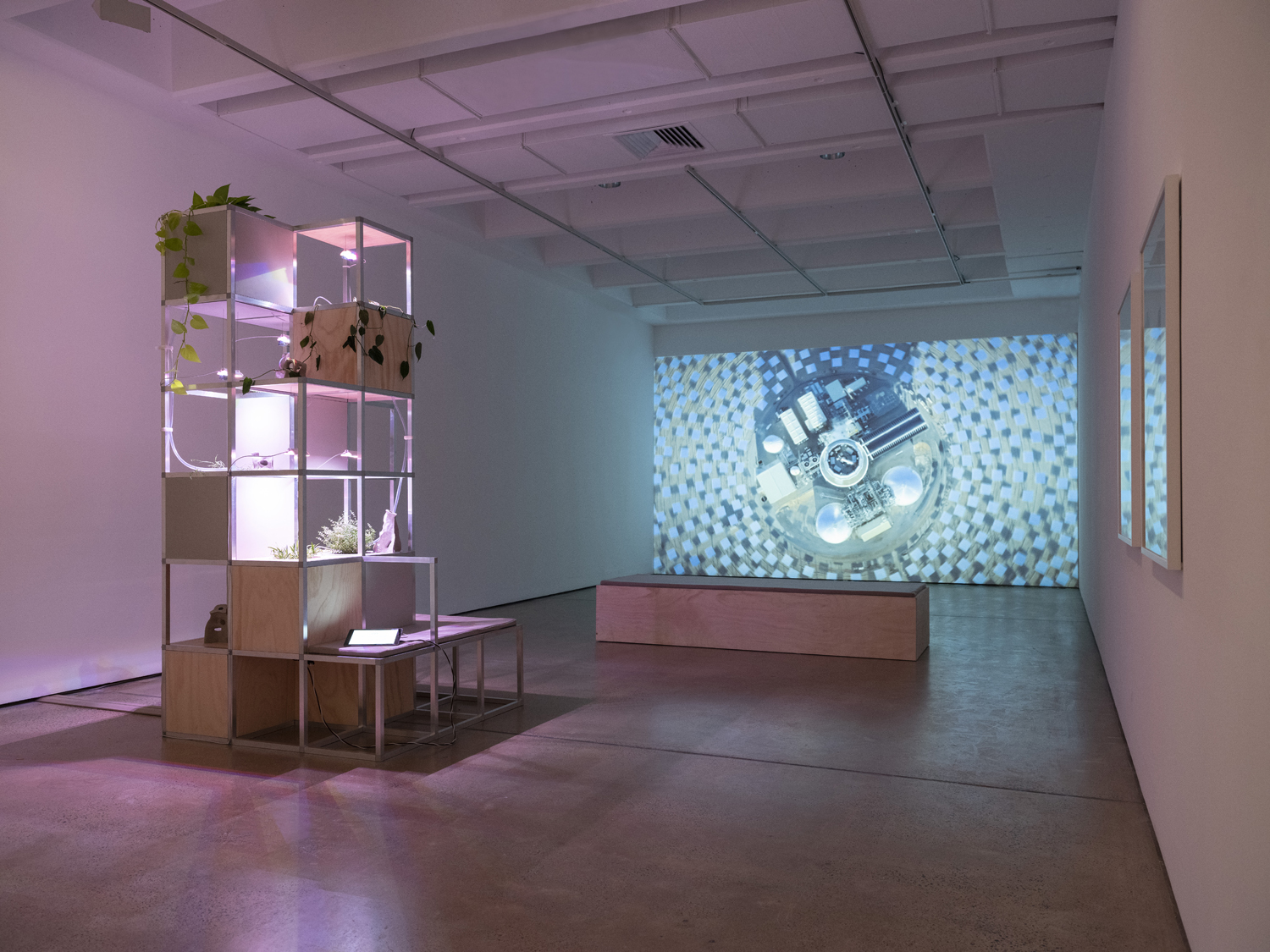 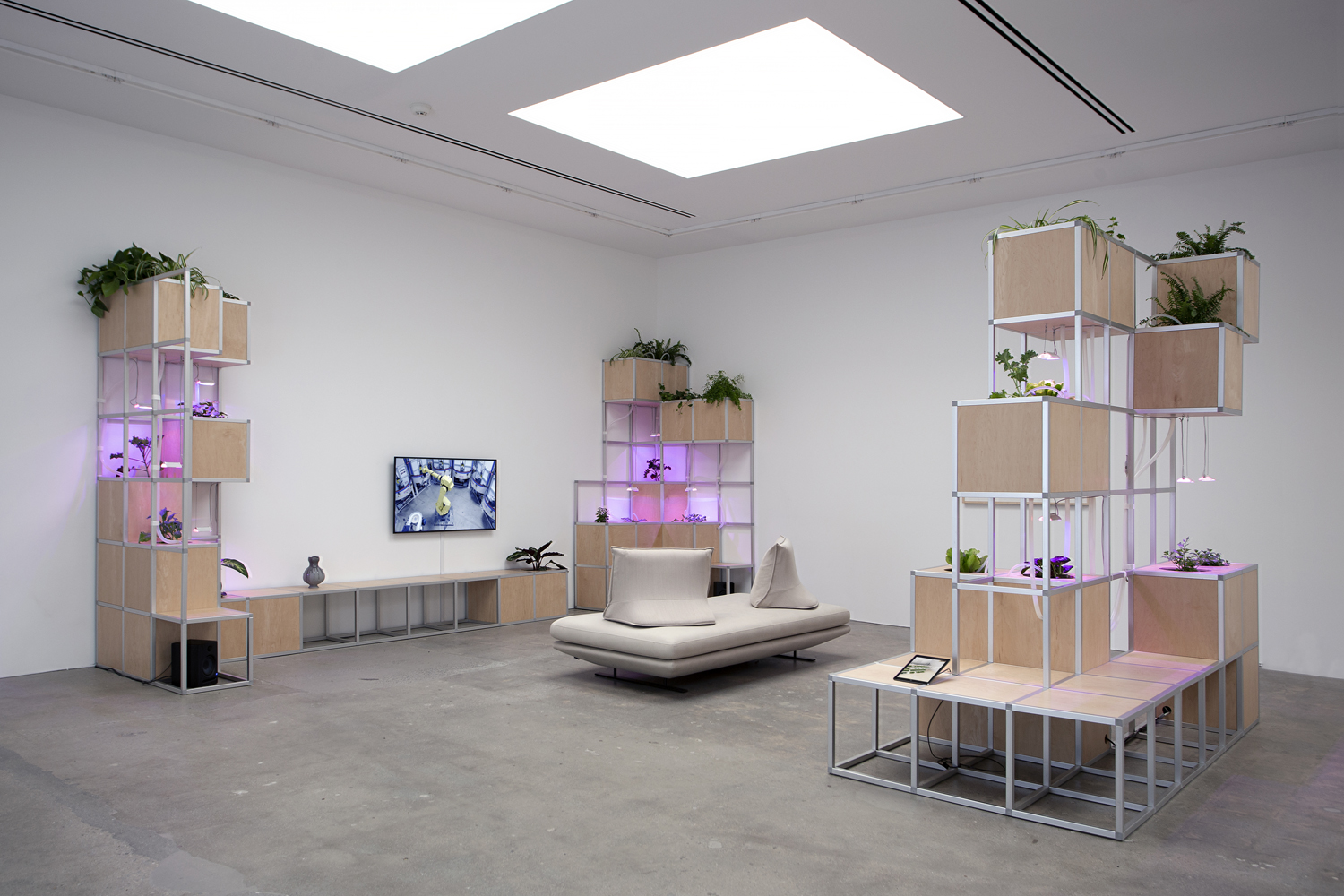 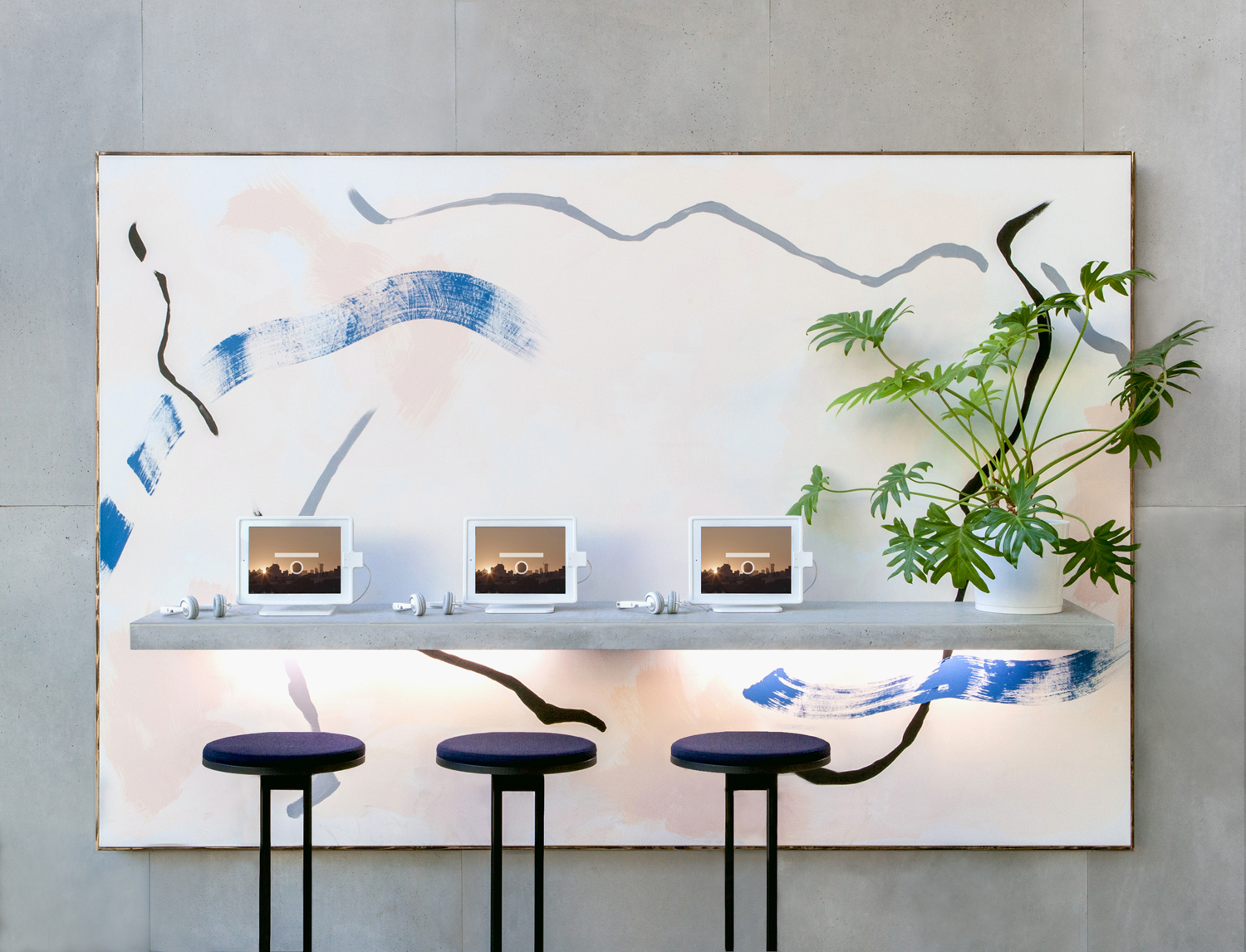 The artist’s family is from a place that no longer exists. For three decades during the Sri Lankan civil war, the Tamil homeland of ‘Eelam’ was self-governed as an autonomous state led by a neo-Marxist revolution. But this uprising was brutally crushed in 2009 by an authoritarian Sri Lankan president who had come to power by appealing to neglected rural voters and inflaming racial hatred to get elected. In the immediate aftermath of that violence, and the consequent economic liberalization that followed, a new local market for contemporary art emerged. Thomas’ exhibitions feature original sculptures, paintings and works on paper by some of Sri Lanka’s foremost young contemporary artists, purchased recently in that ‘peacetime’ economic boom and then reconfigured by Thomas for international circulation within his own compositions. This ongoing operation translates what counts as contemporary across the global contours of power by which the ‘contemporary’ itself is conditioned, drawing on the outward performance of democracy by which nations evade international accountability. In Sri Lanka, this projection of the ‘contemporary’ continues economically the process of ethnic cleansing by which the revolutionary vision of ‘Eelam’ was defeated. But what could a new ‘Eelam’ be if that idea – of a self-governed state based on equality for all its citizens – was imagined as a distributed network rather than a territorially bounded nation?

New Eelam is a long-term artwork in the form of a startup – a real estate technology company being founded by the artist, with colleagues, to develop a new form of housing based on a flexible global subscription. The venture brings together specialists from the fields of technology, real estate, finance, architecture, data science and art. It originates from contemporary art’s role in prototyping new lifestyle formats and new forms of labour as part of the processes by which cities around the world are shaped. New Eelam’s business model is based on re-engineering some of these structural operations of art – and some of the property relations at the very heart of the present economic system – through collective access rather than individual ownership. Rather than opposing incumbent systems by force, this post-capitalist venture speculates on how a new economic system could evolve without friction out of the present one. It envisions the future of citizenship in an age of technologically accelerated dislocation, asking how a corporation could be constituted as a state and how a brand might communicate as an artist.

Christopher Kulendran Thomas (b.1979, London) is an artist who manipulates some of the structural processes by which art produces reality. His work has been included in the 7th Bi-City Biennale, Shenzhen (2017); the 11th Gwangju Biennale; the 9th Berlin Biennale; and the 3rd Dhaka Art Summit (all 2016). Recent exhibitions include I was raised on the internet, Museum of Contemporary Art, Chicago (2018); moving is in every direction, Hamburger Bahnhof, Museum für Gegenwart, Berlin (2017), Bread and Roses, Museum of Modern Art in Warsaw (2016), Co-Workers: Network As Artist, Musée d’Art Moderne de la Ville de Paris (2015) and Art Turning Left: How Values Changed Making, Tate Liverpool (2013). Recent solo exhibitions include: Tensta konsthall, Stockholm; and New Galerie, Paris (both 2017). Forthcoming exhibitions include: Spike Island, Bristol (UK), Institute for Modern Art, Brisbane (2019); Schinkel Pavillon, Berlin (2019); and a new commission with the V-A-C Foundation for the 58th Venice Biennale (2019). Thomas is the founder and CEO of New Eelam.

Lives and works in Berlin, Germany