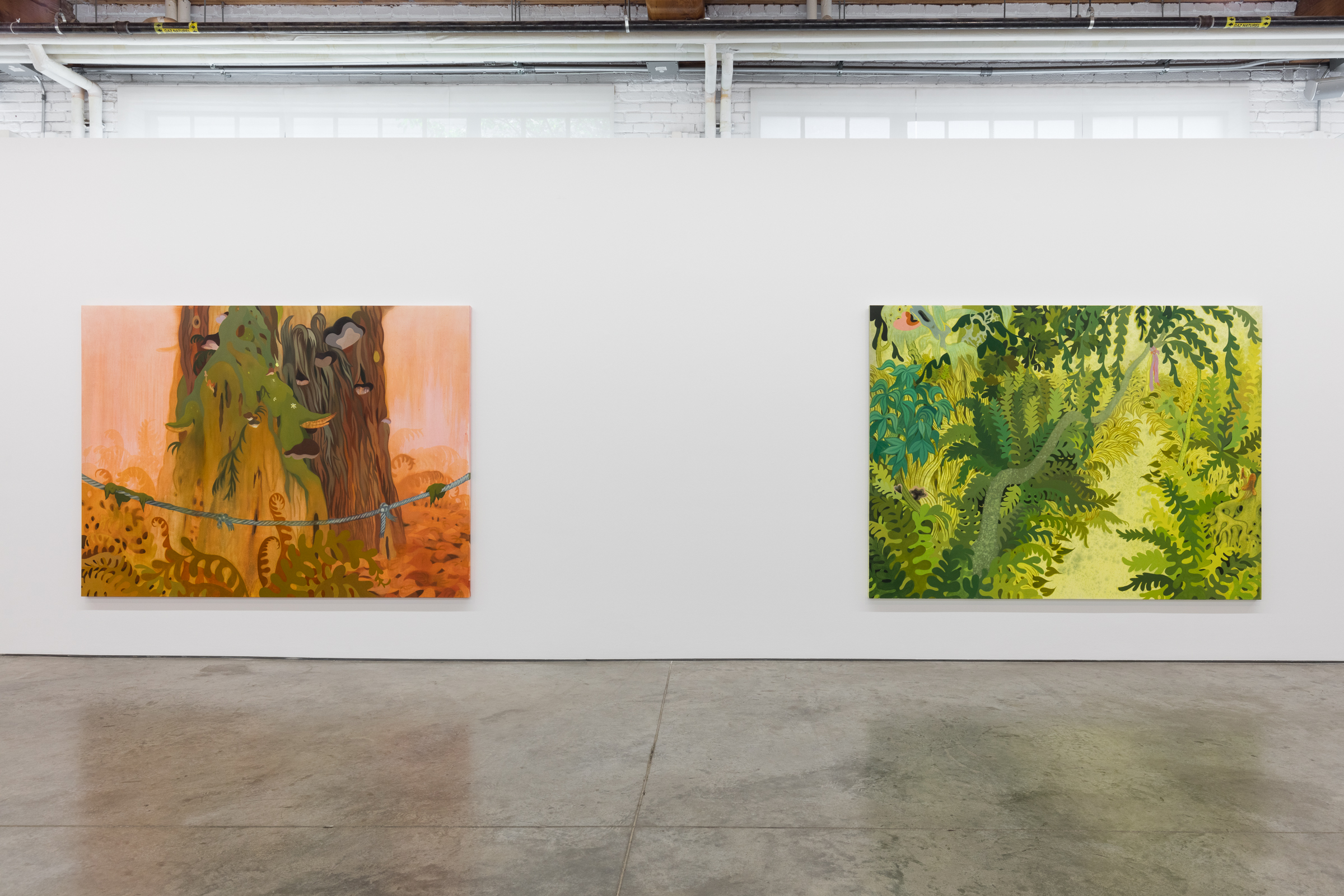 Paintings featuring oceanscapes with low horizon lines, paired with thick forest scenes, convey the density of the forest contrasted with the vast sky and immensity of the Canadian west coast’s ocean views, reminding one of the largess of the natural world. Carmanah, is an ancient forest and unique coastal biome that was protected as a park in the early nineties, it is reached after traversing several hundred kilometers of clear-cut stretches and mountainsides. When discussing his work, Leong evokes the notion of empathy for the landscape cultivated via an individual’s direct relationship with nature that is not about ownership or economic gain. The stark contrast of the razed terrain on the way to this particular protected site and the lush forest it contains is deeply evocative of the effects of the Anthropocene felt throughout the Canadian landscape. Leong’s works are like a love letter, a tender address to the places that he knows are vulnerable and at risk, yet instead of presenting them as weak and weary, they are powerful, overgrown, vast, imposing and fantastical. They take on character and grace that is entirely their own and they plunge the viewer into considering the often fraught, tenuous and liminal way that we experience nature today. 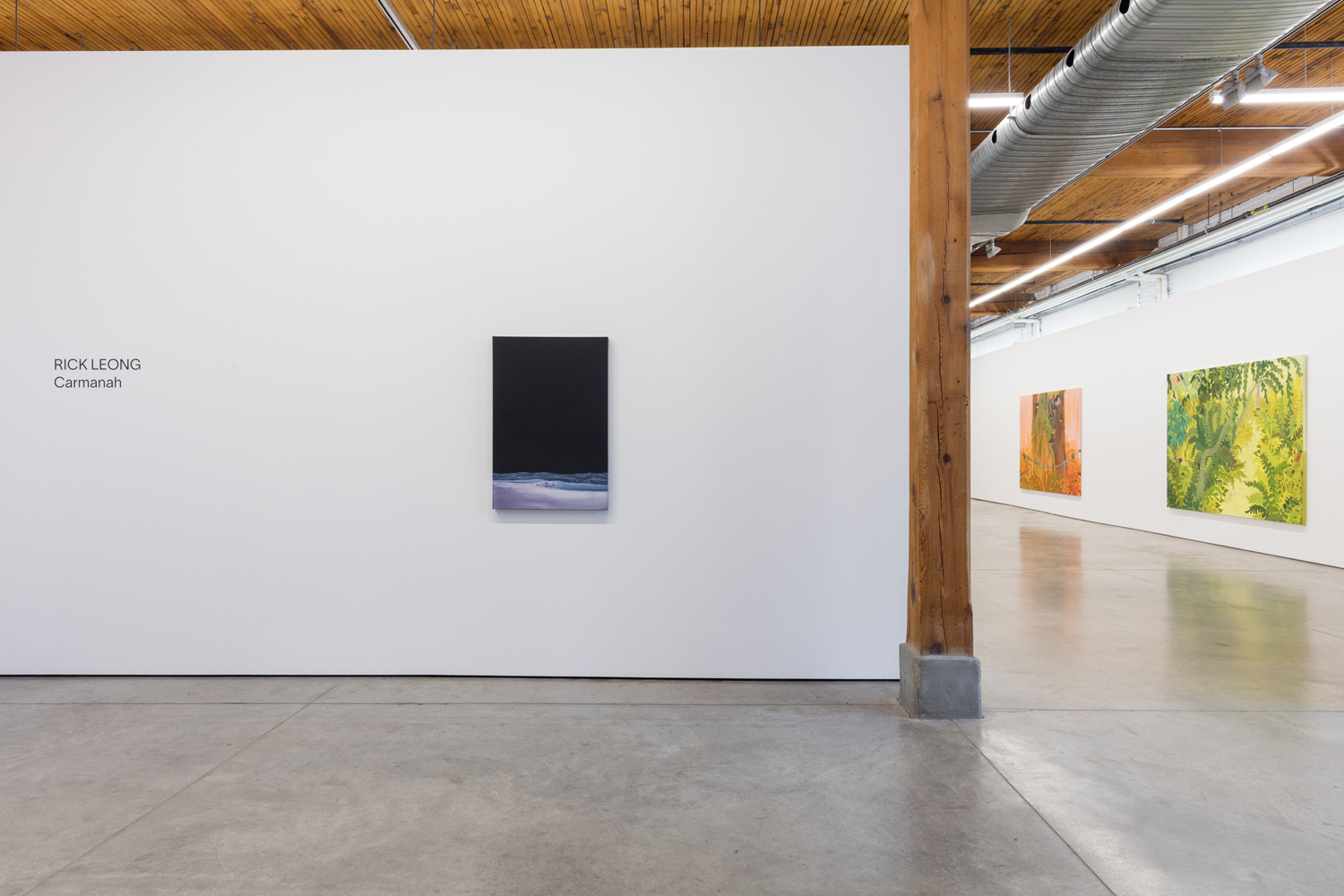 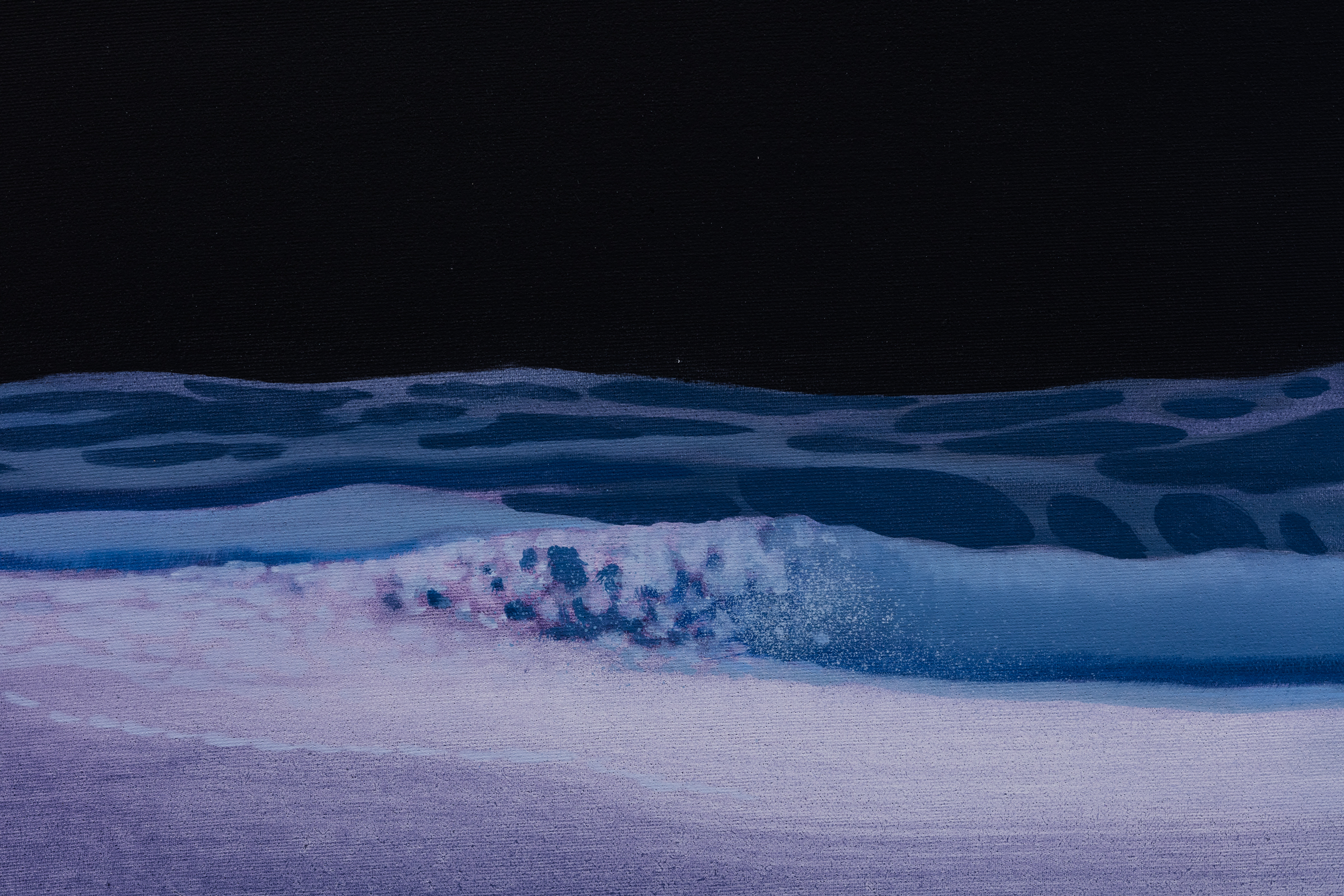 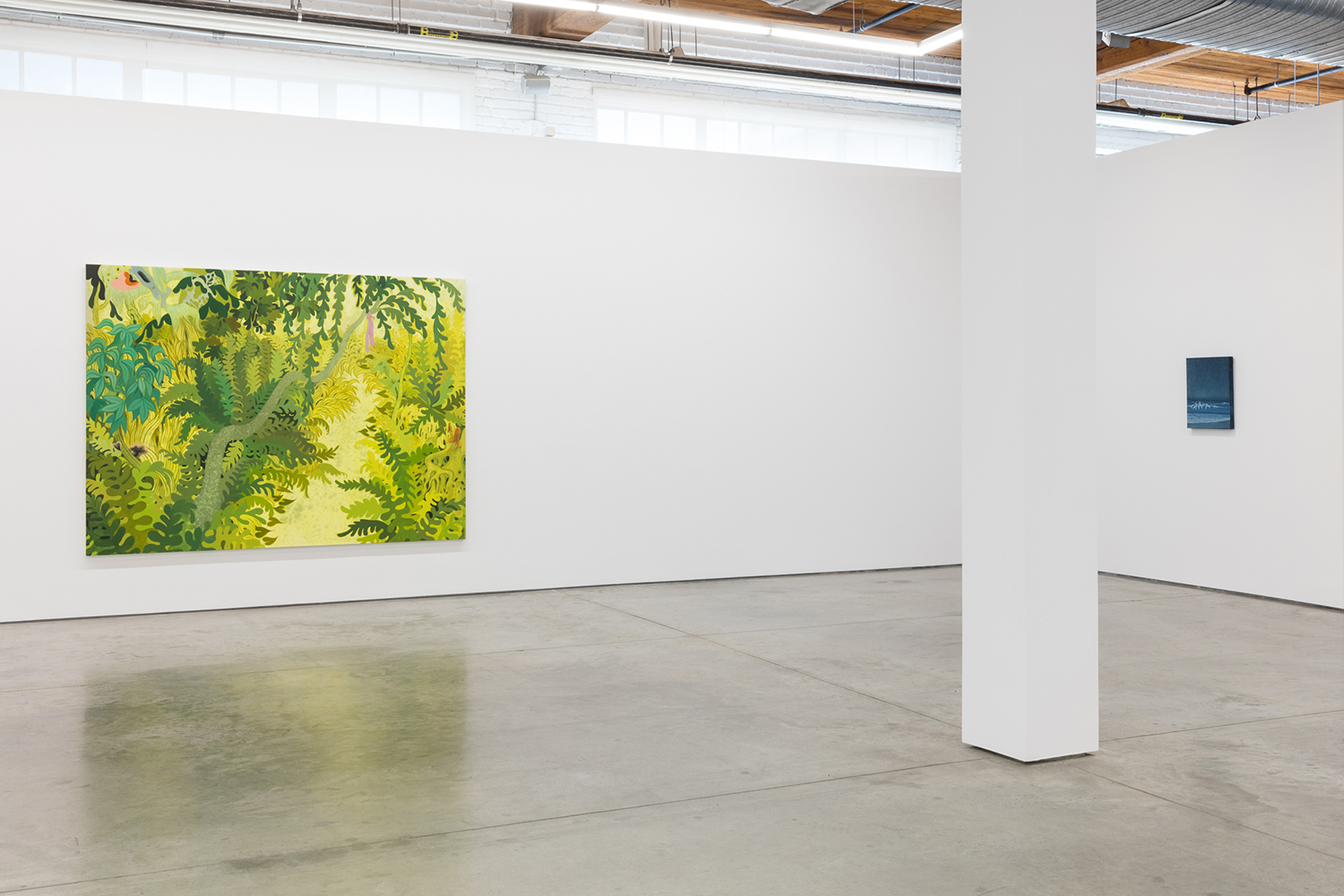 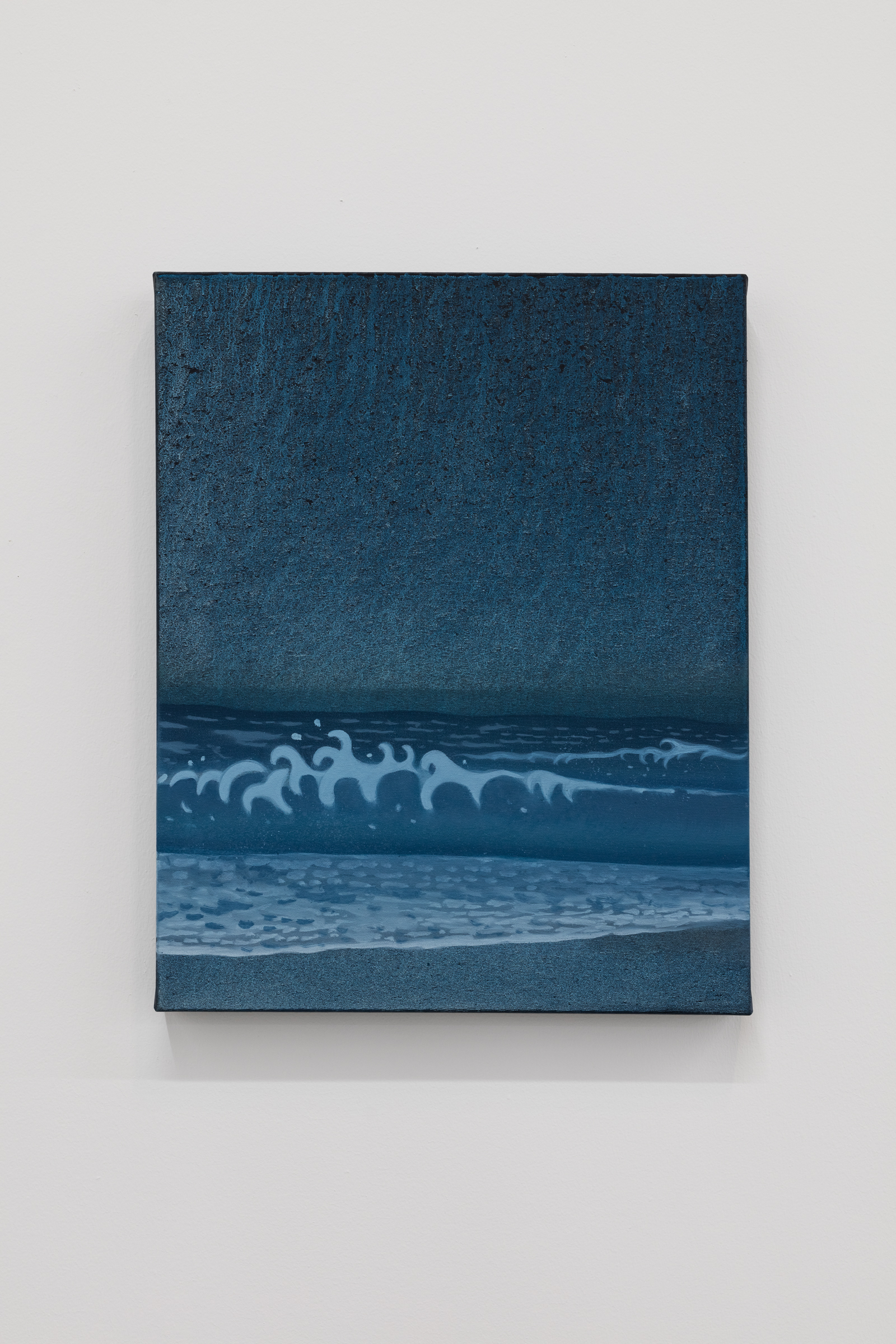 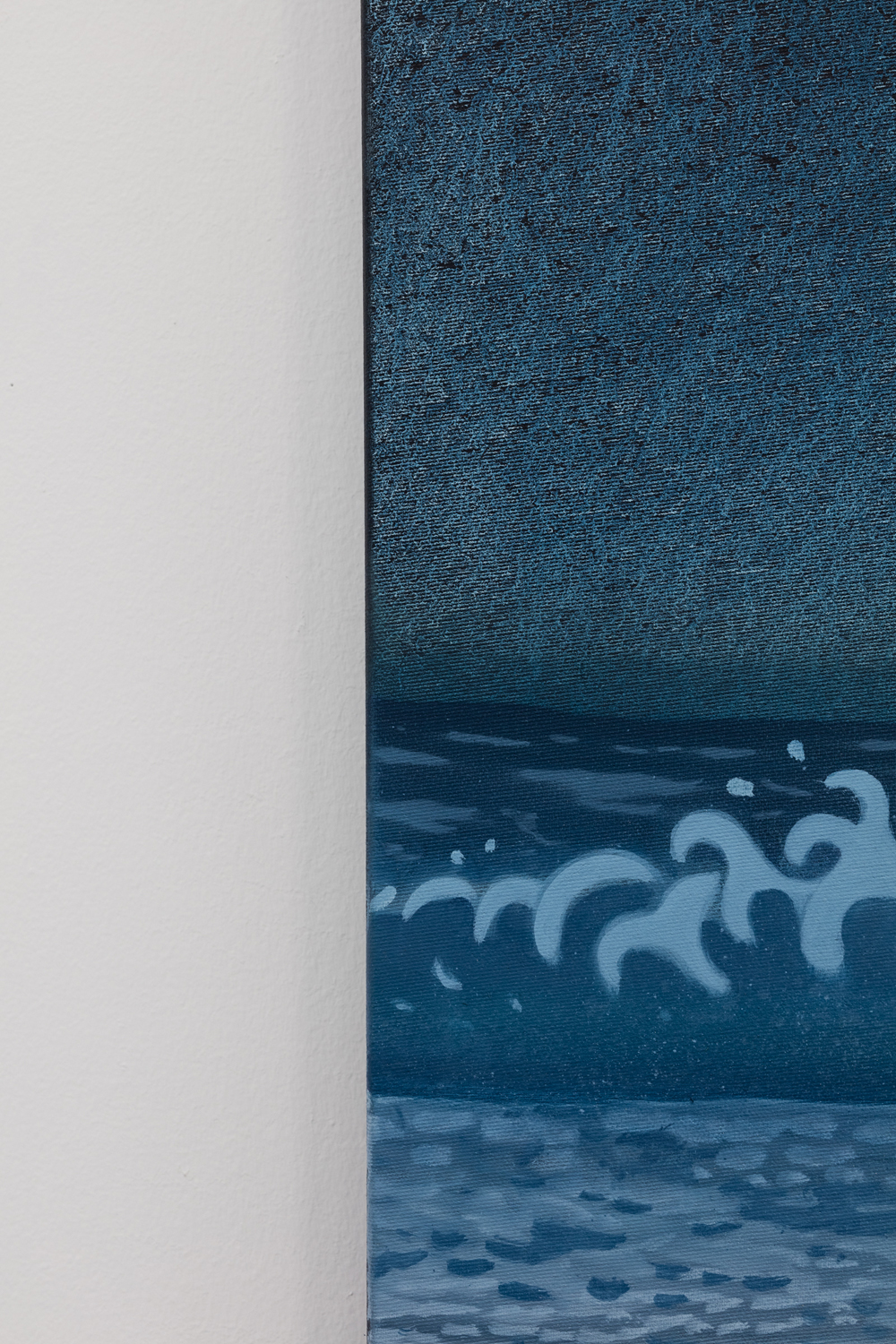 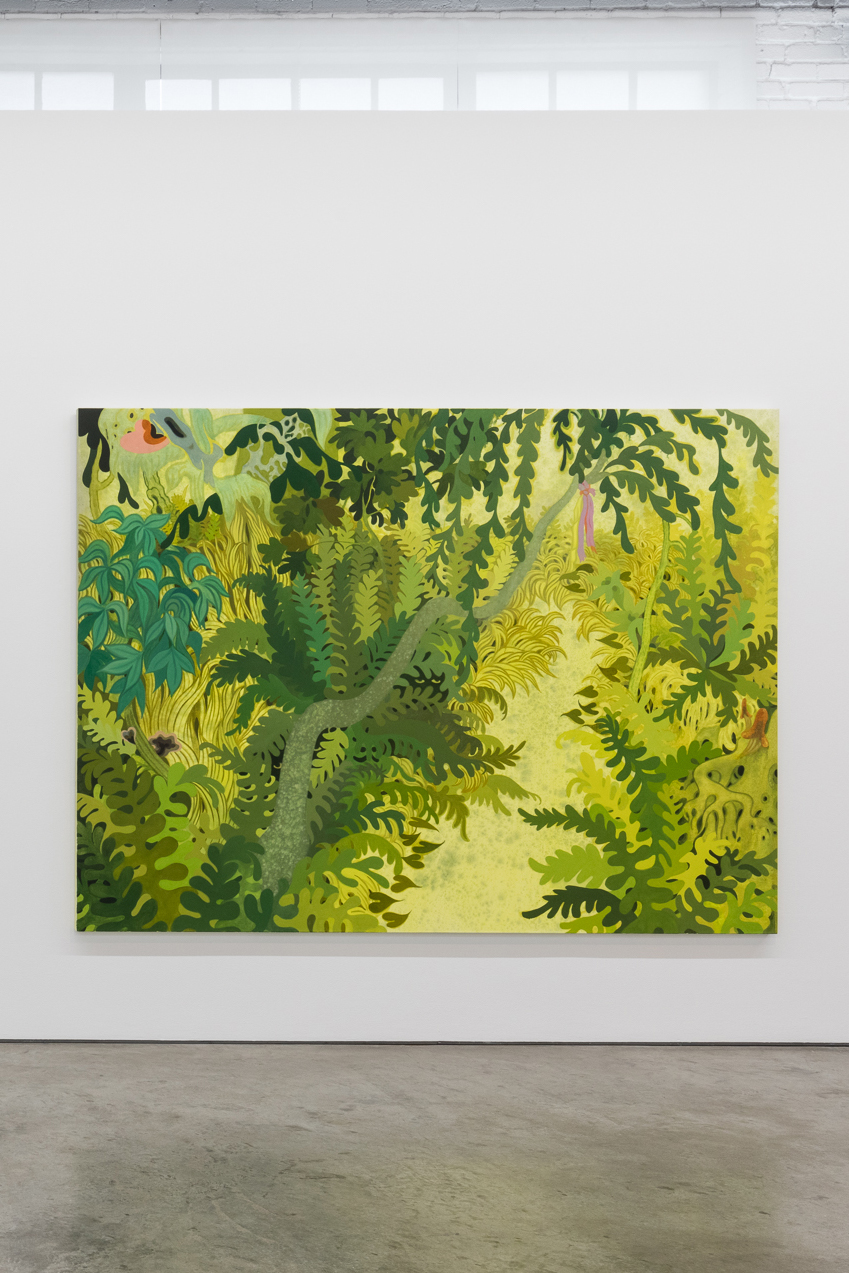 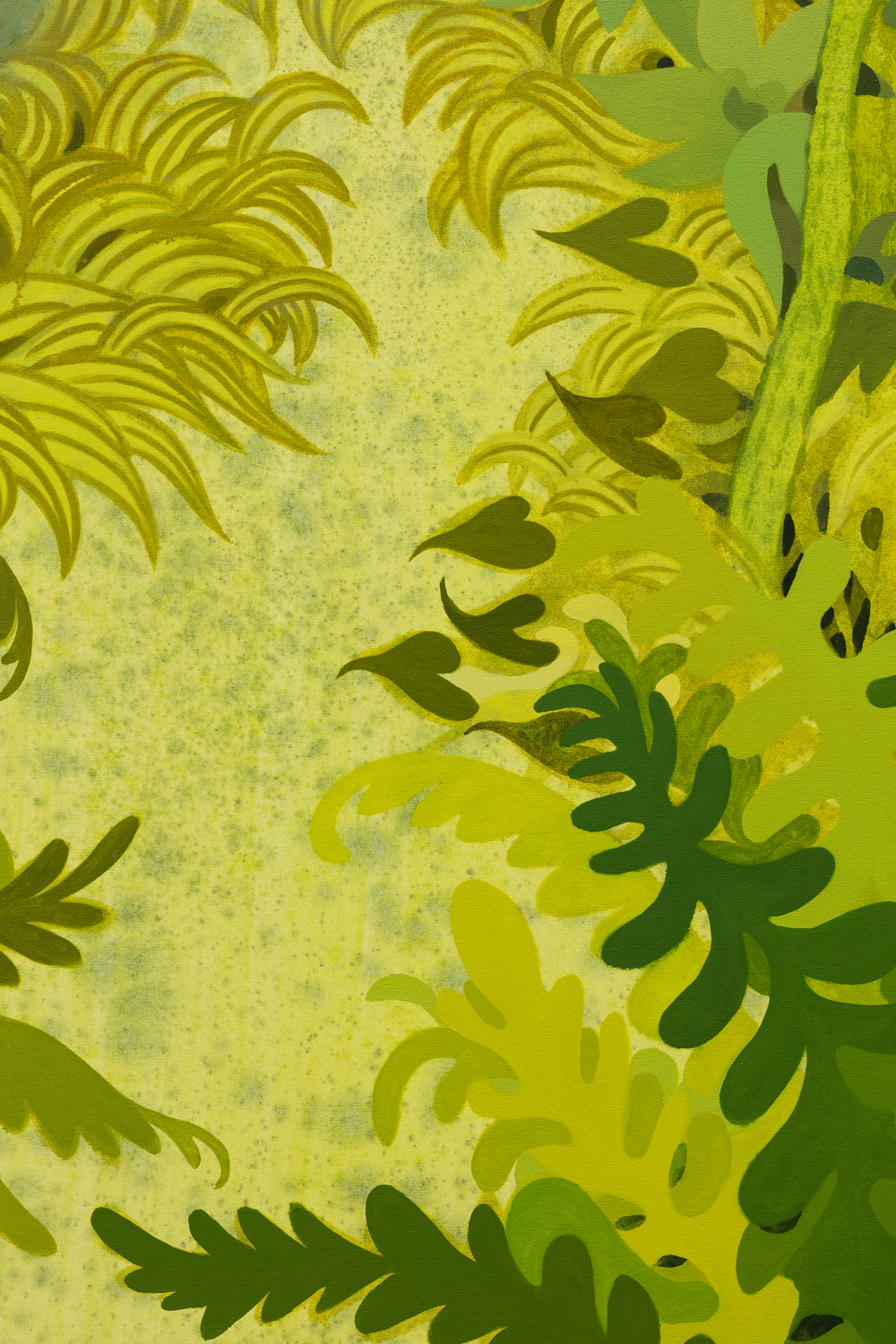 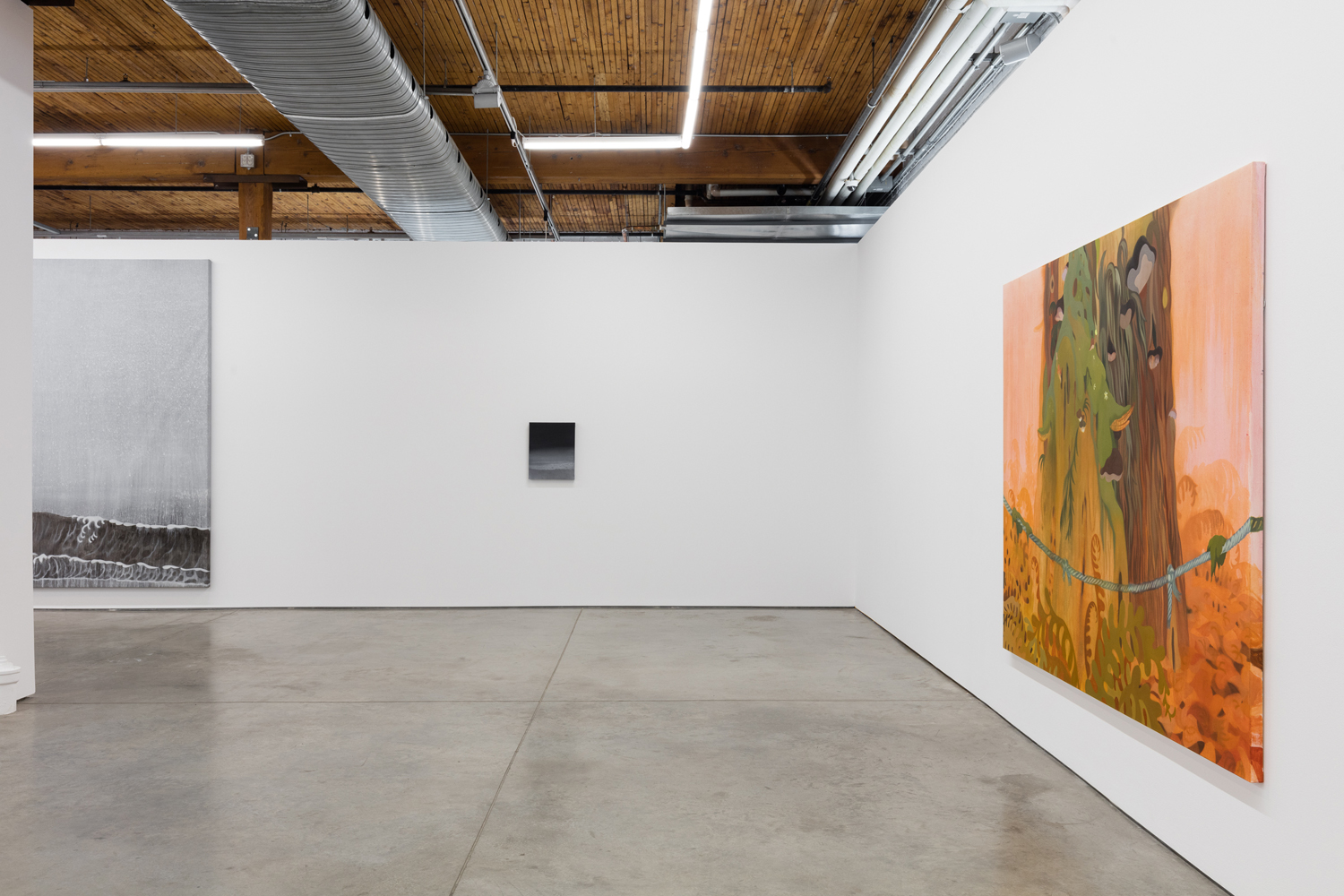 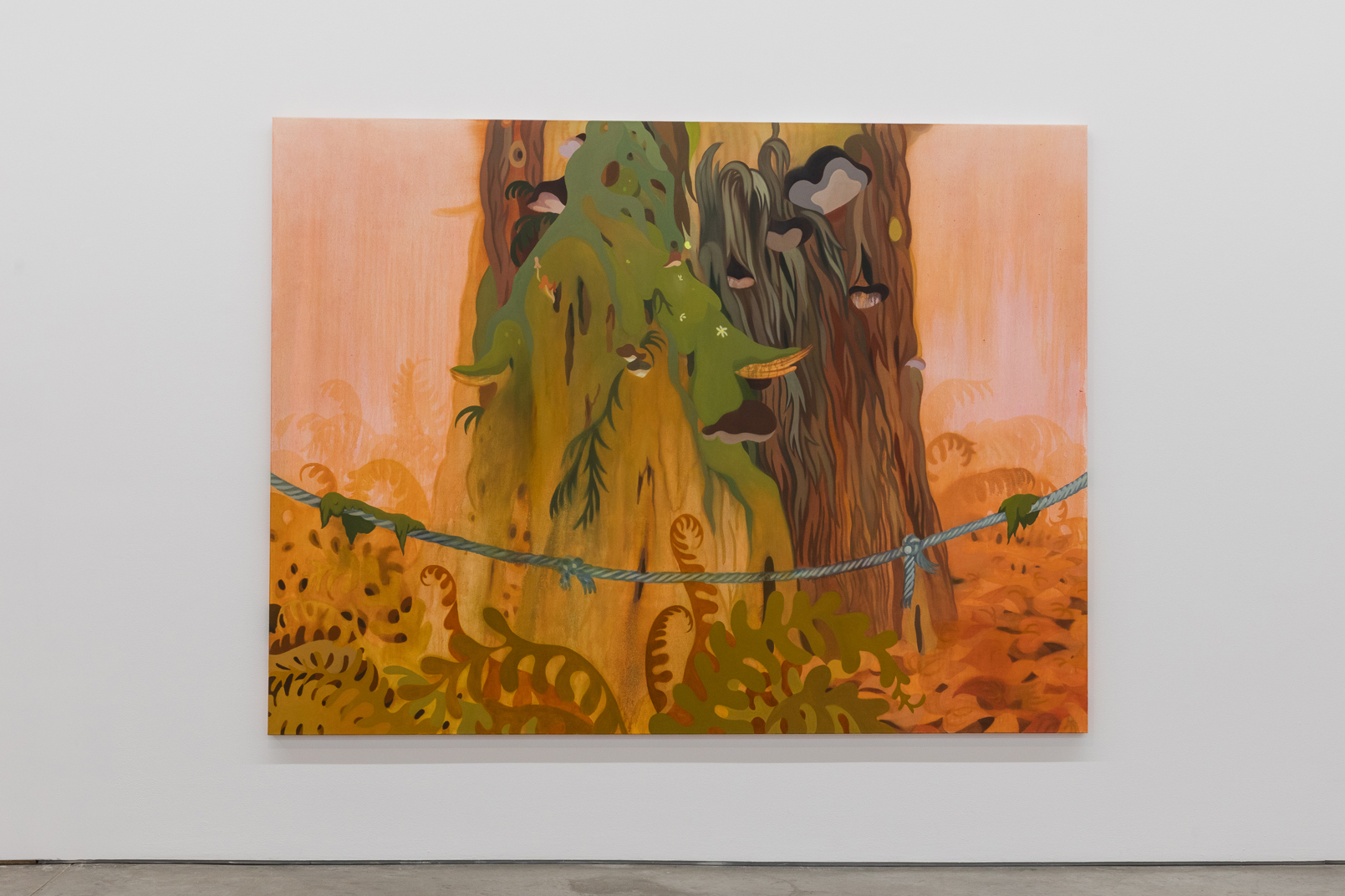 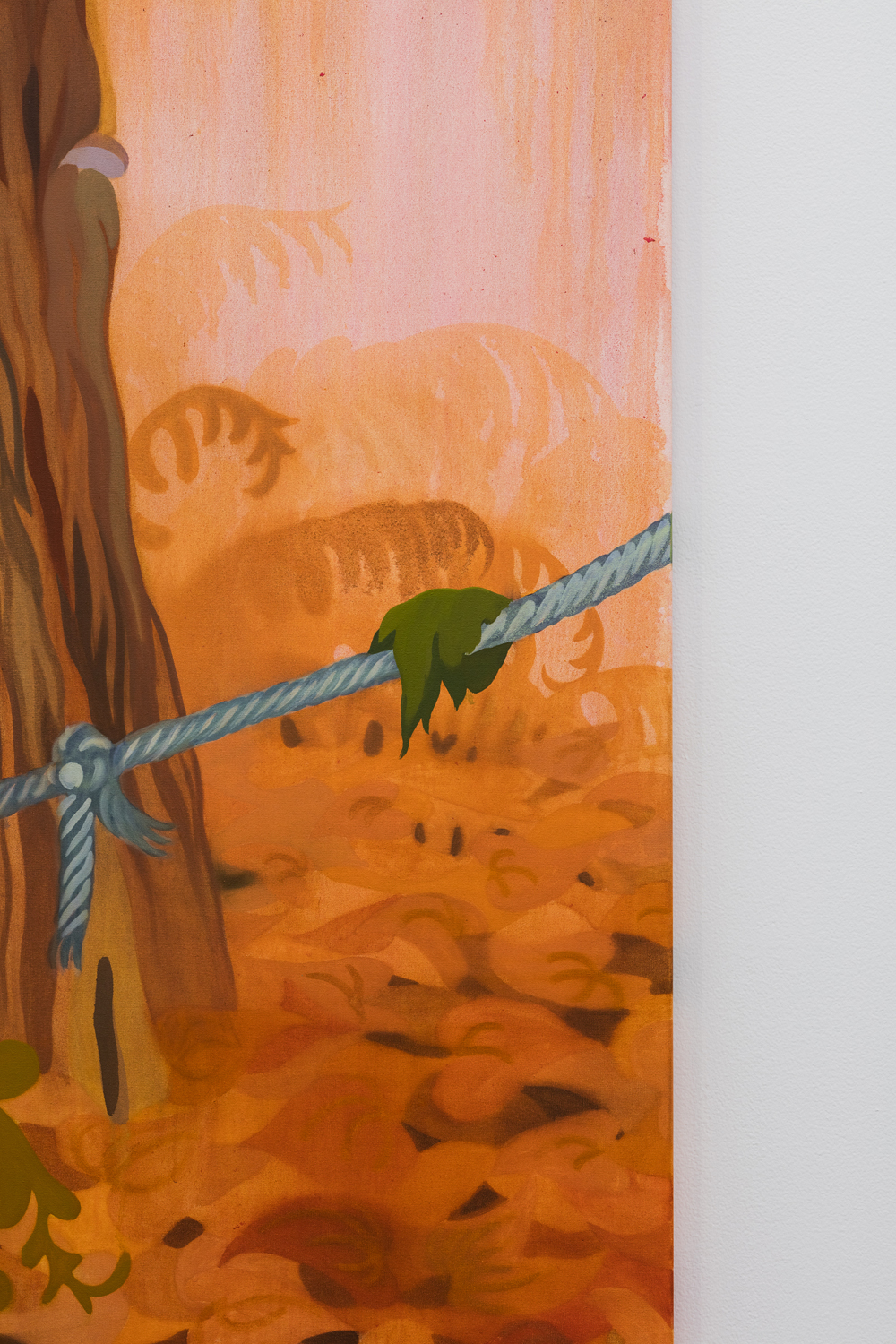 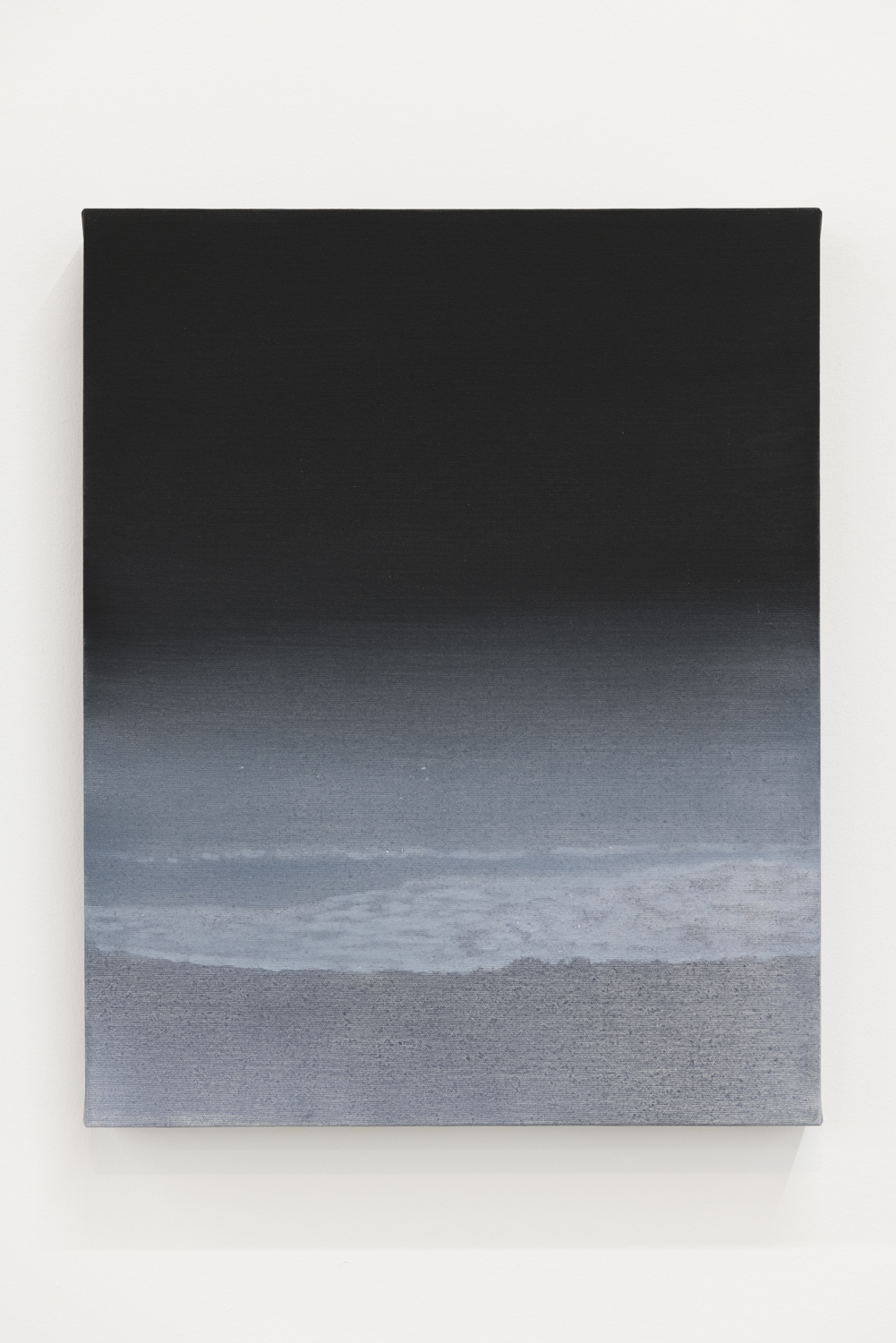 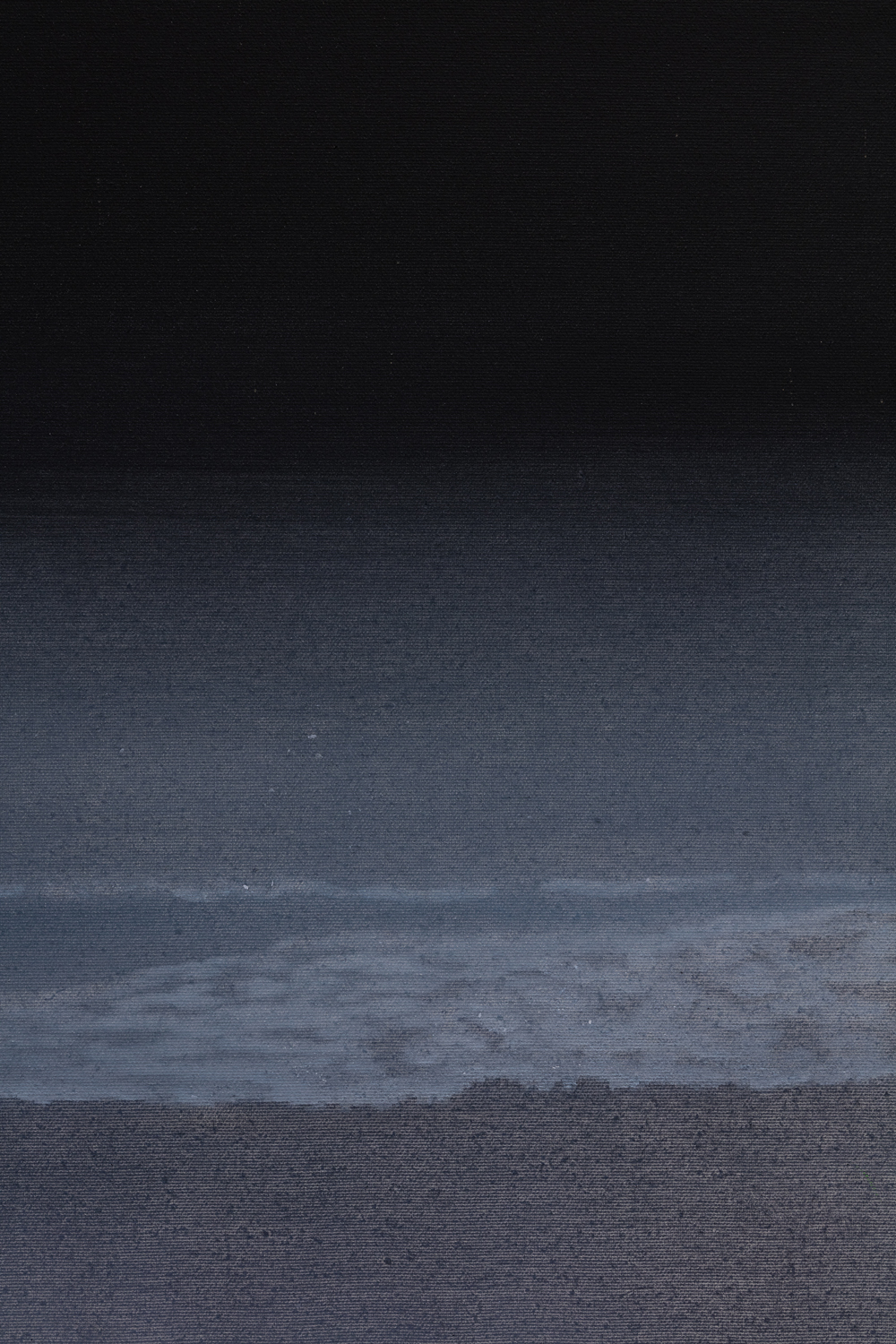 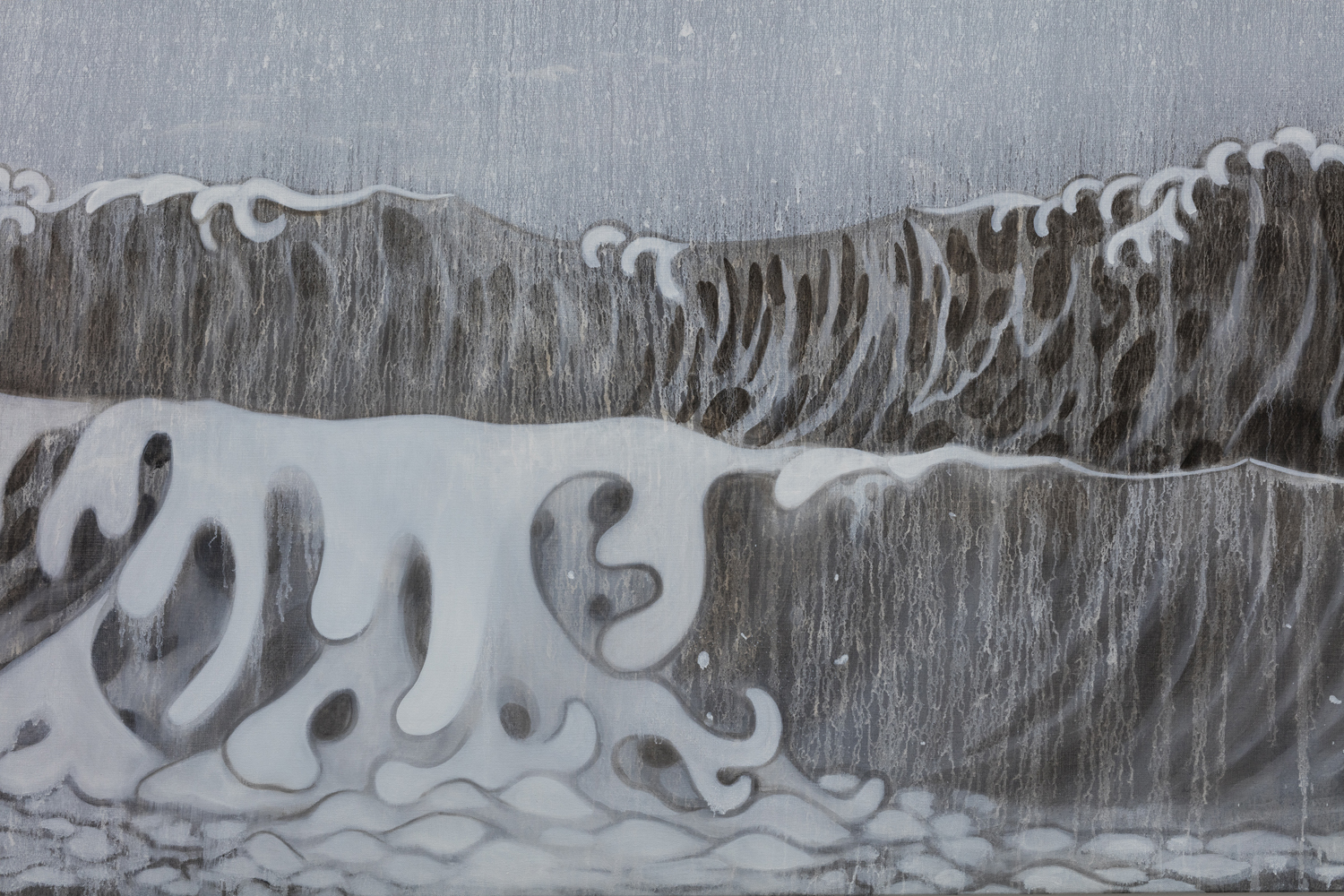 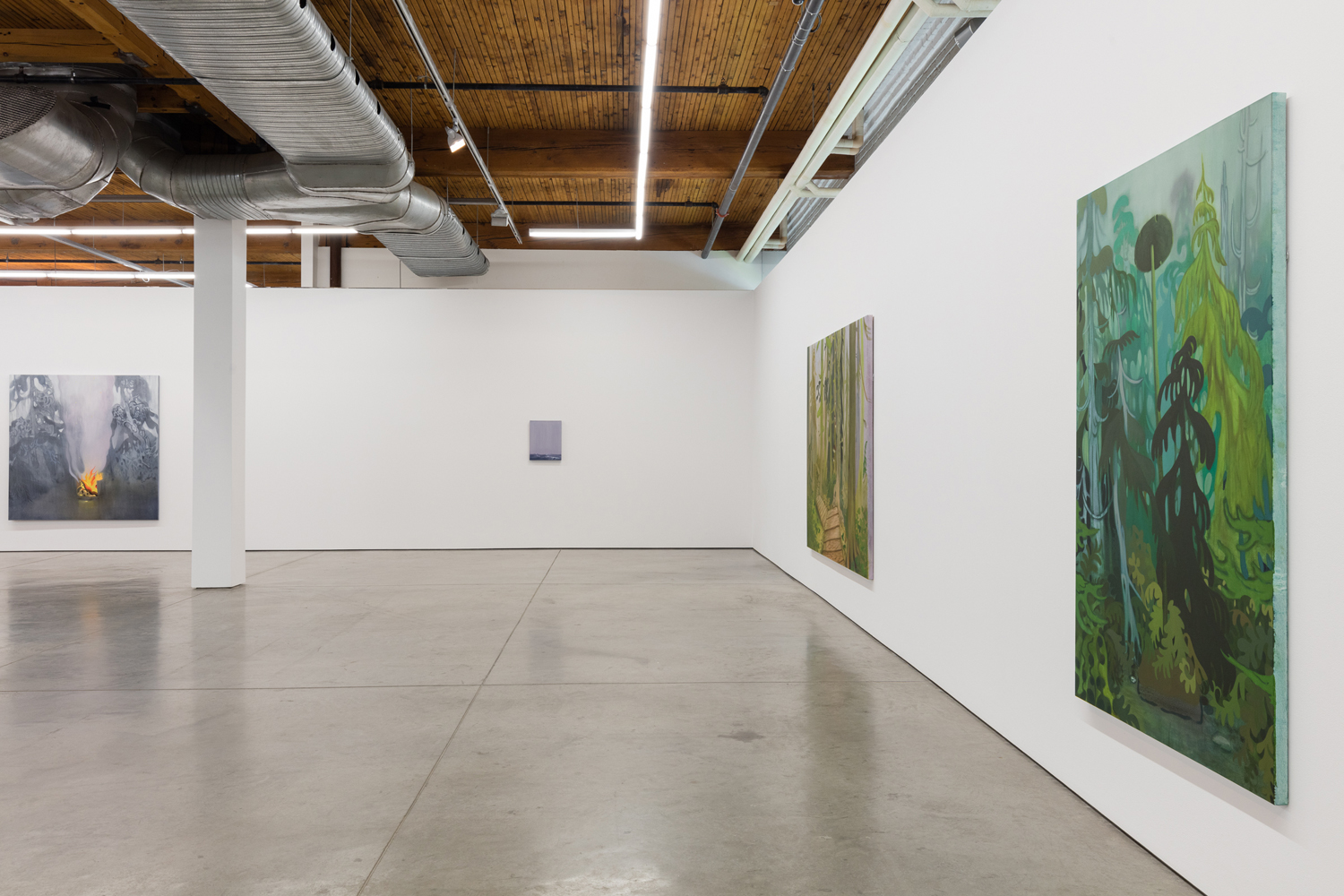 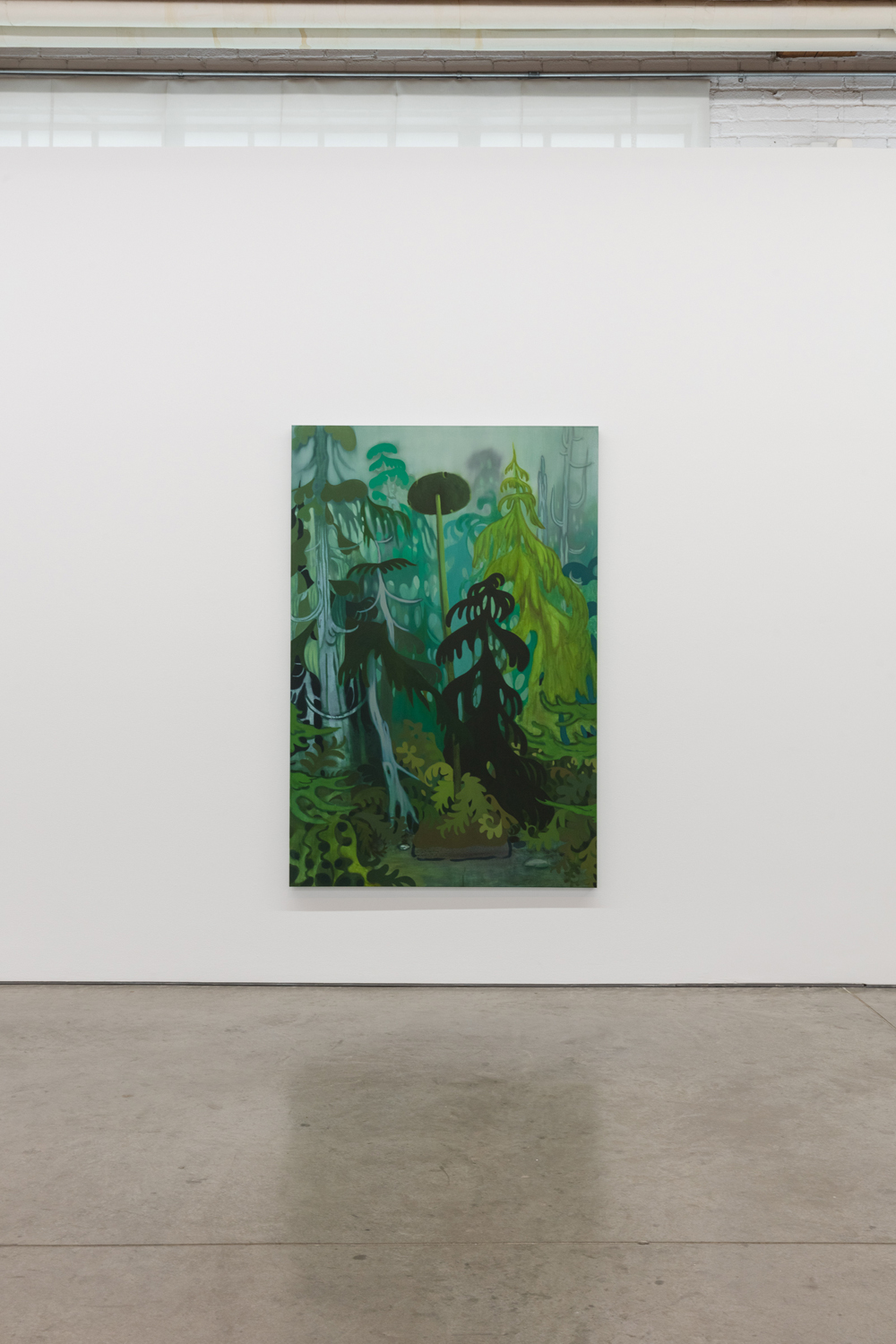 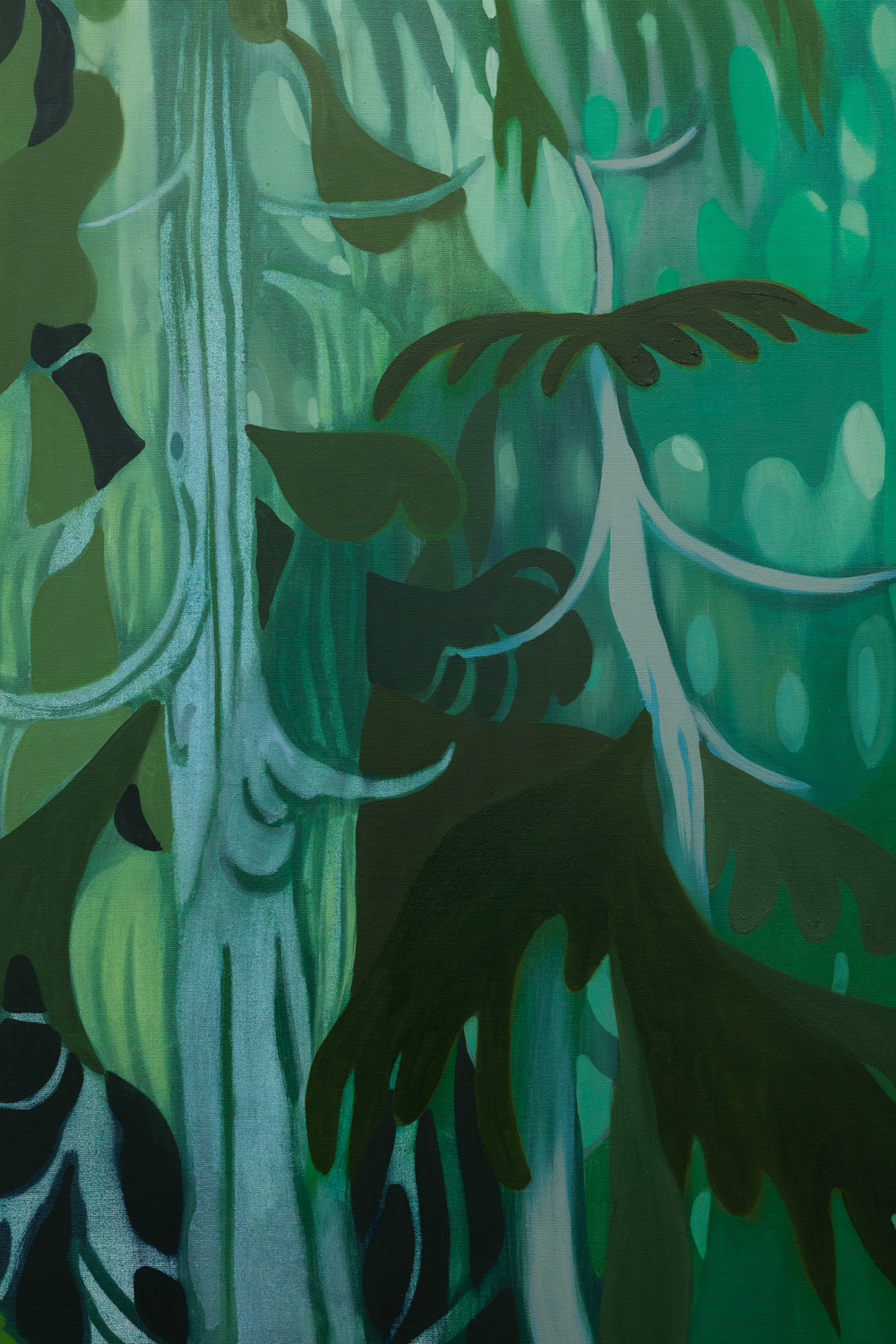 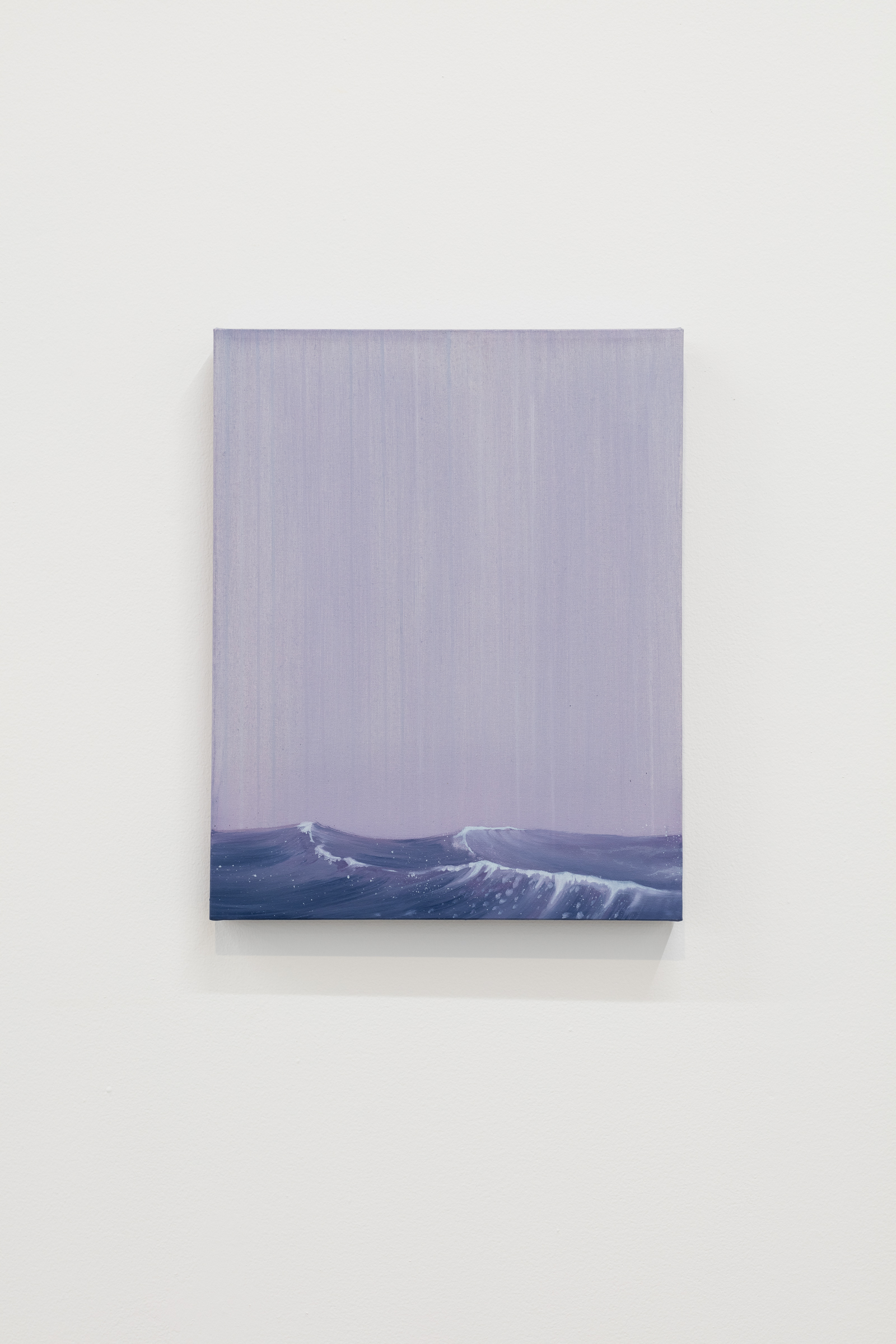 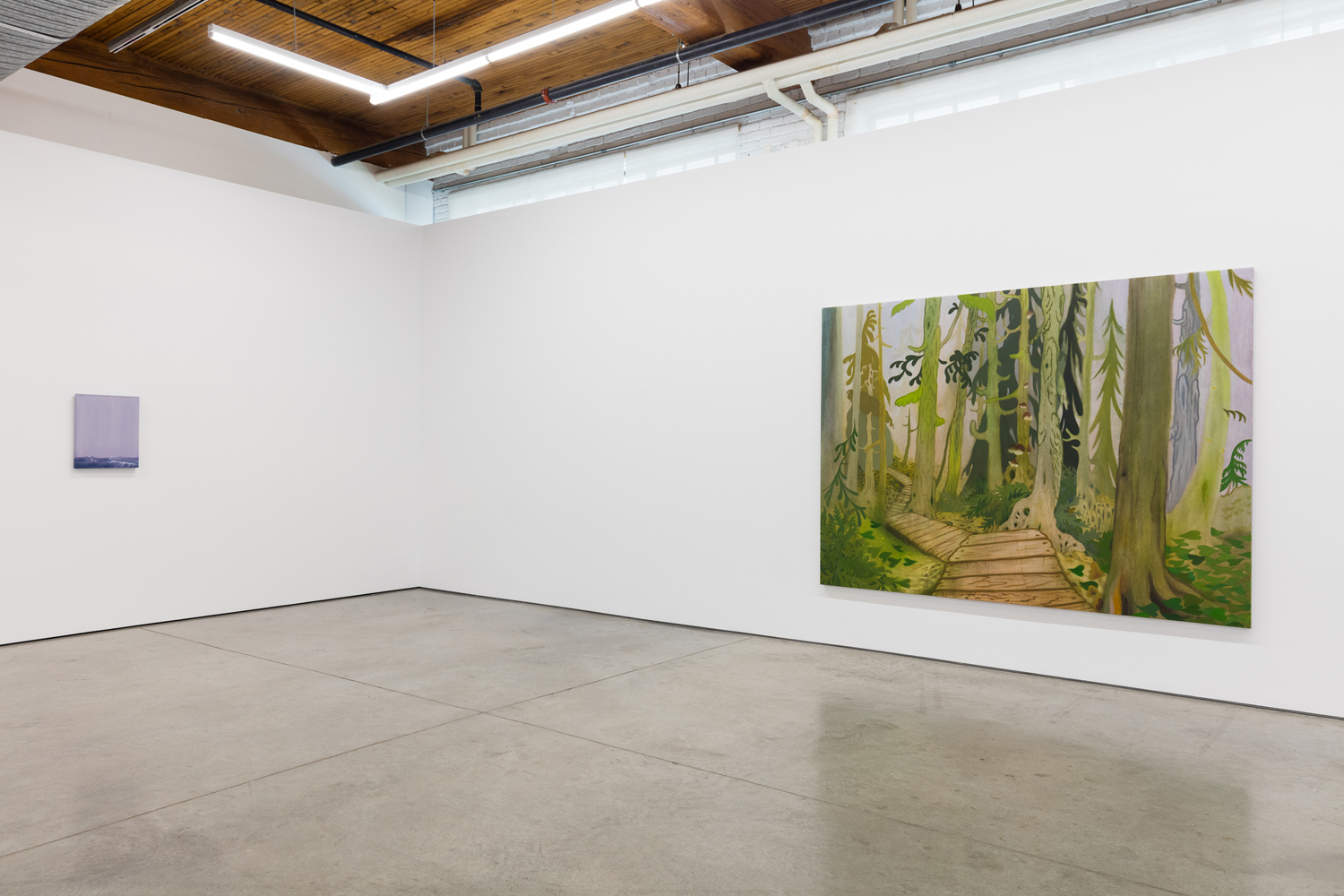 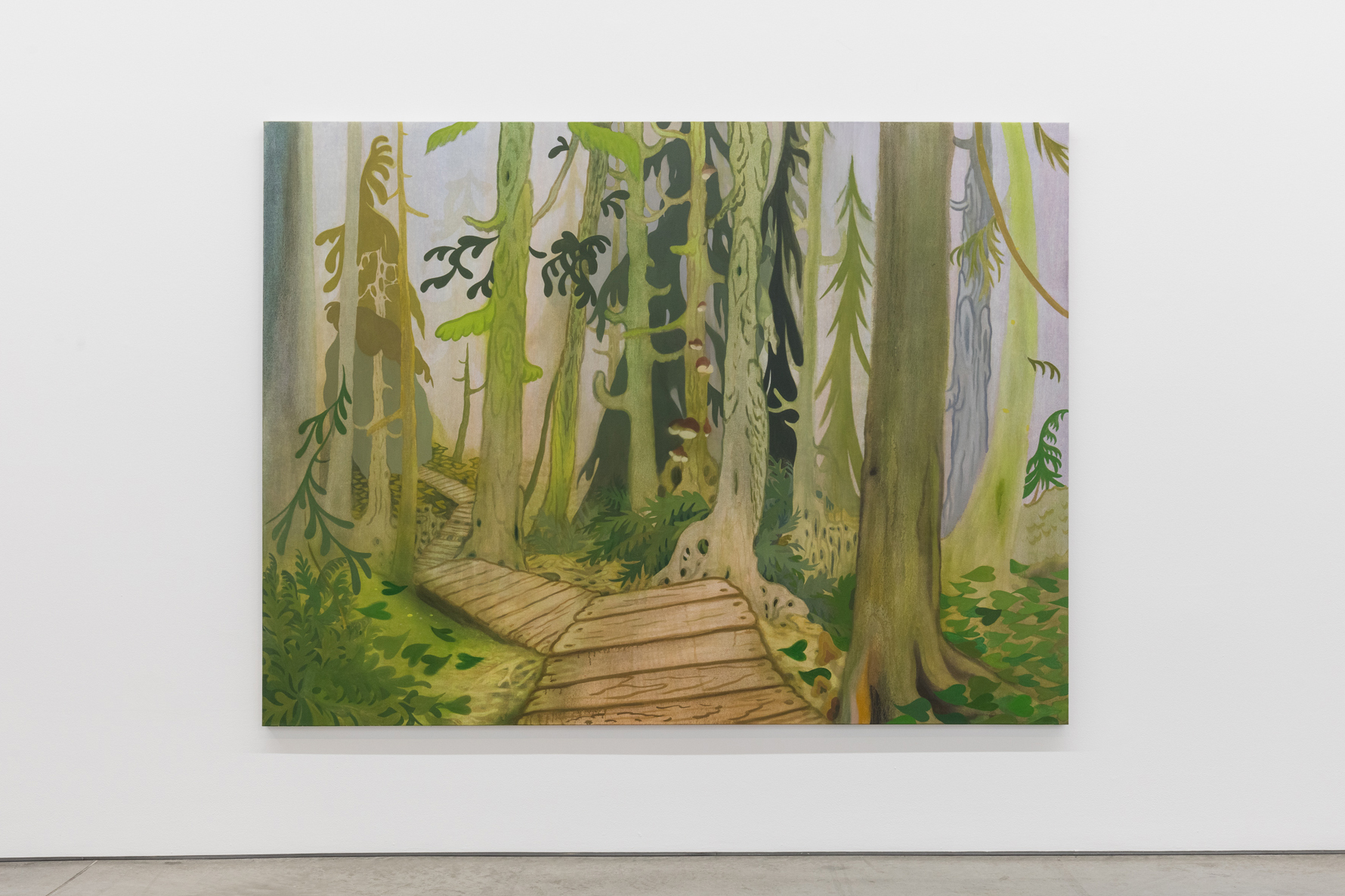 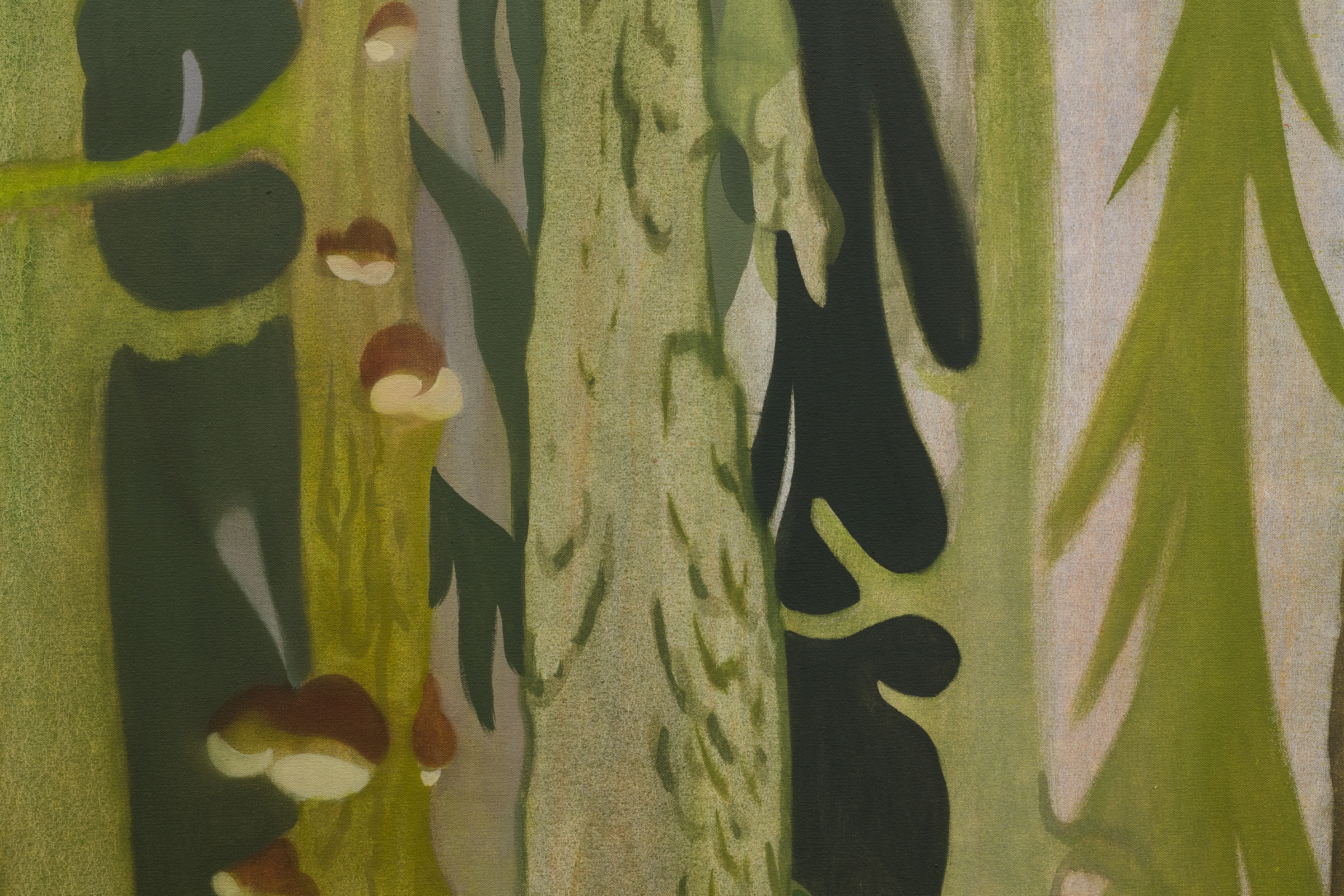 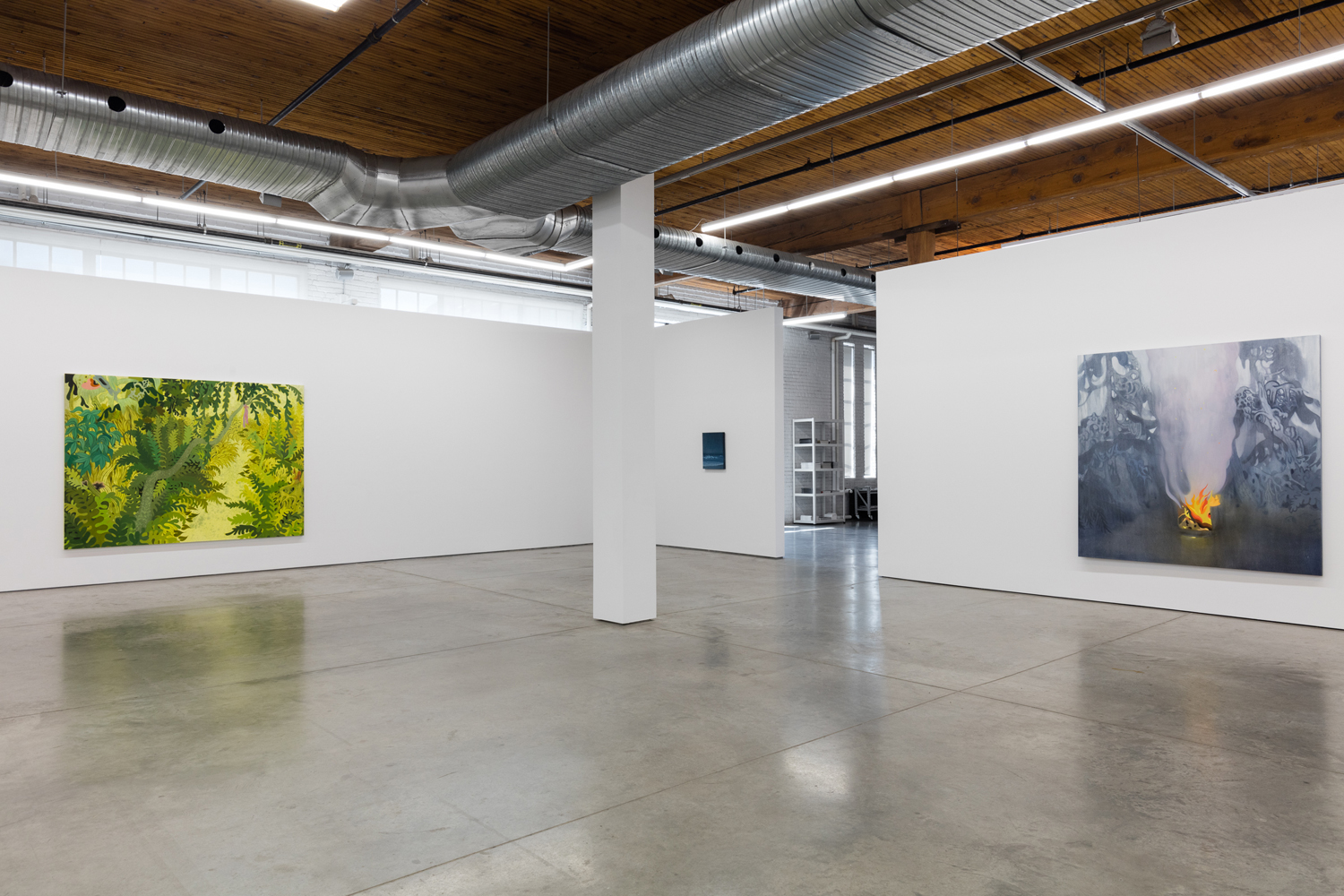 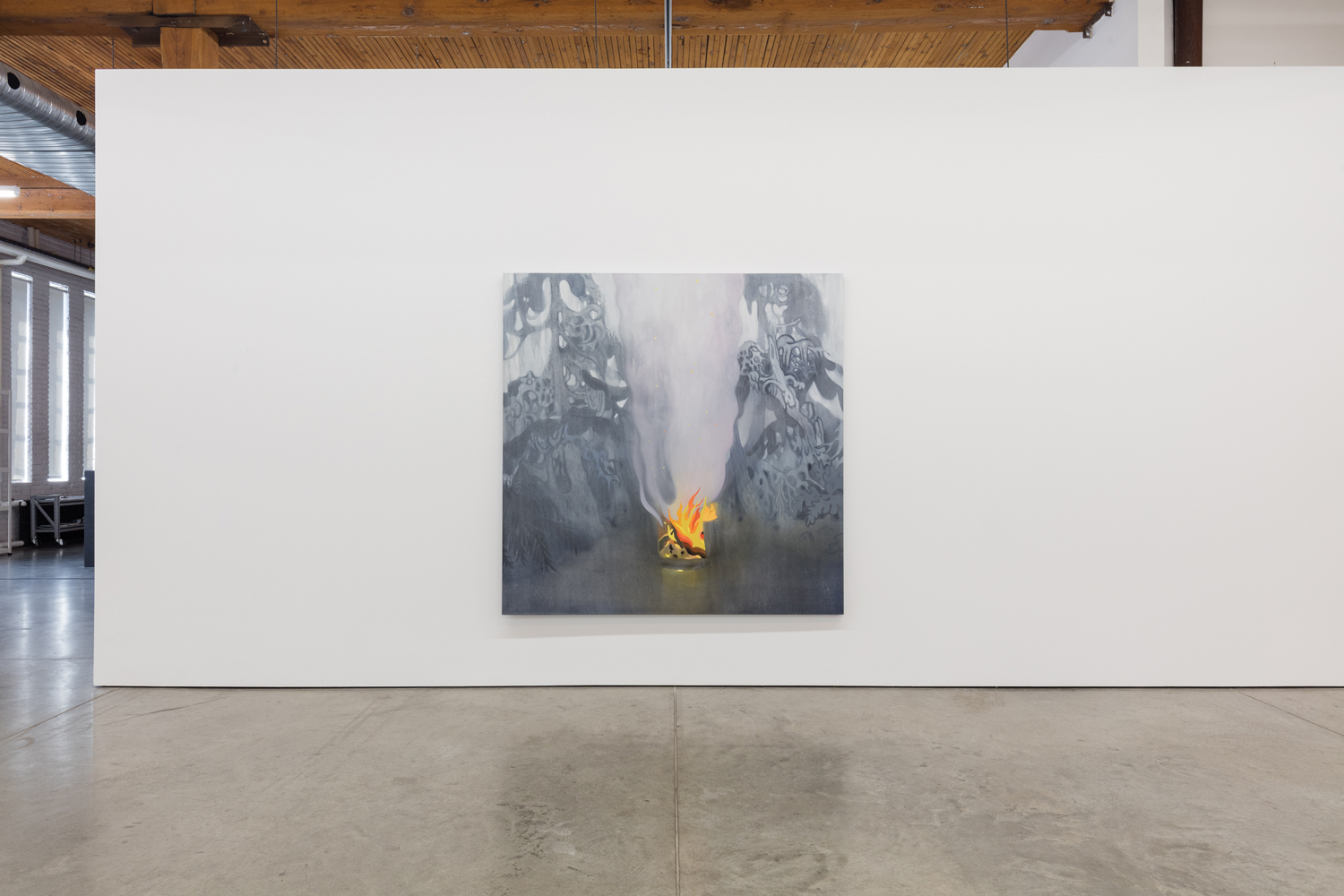 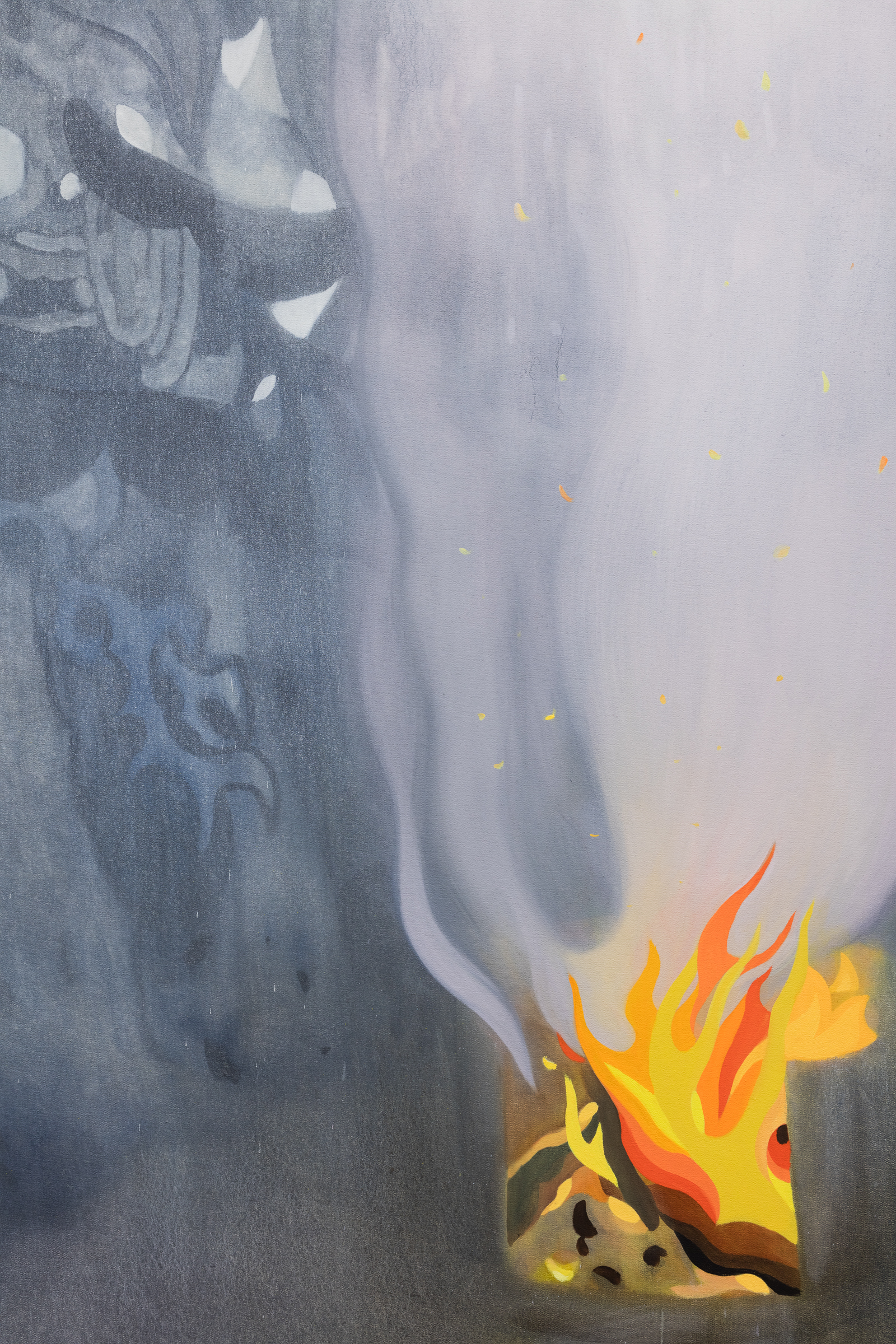