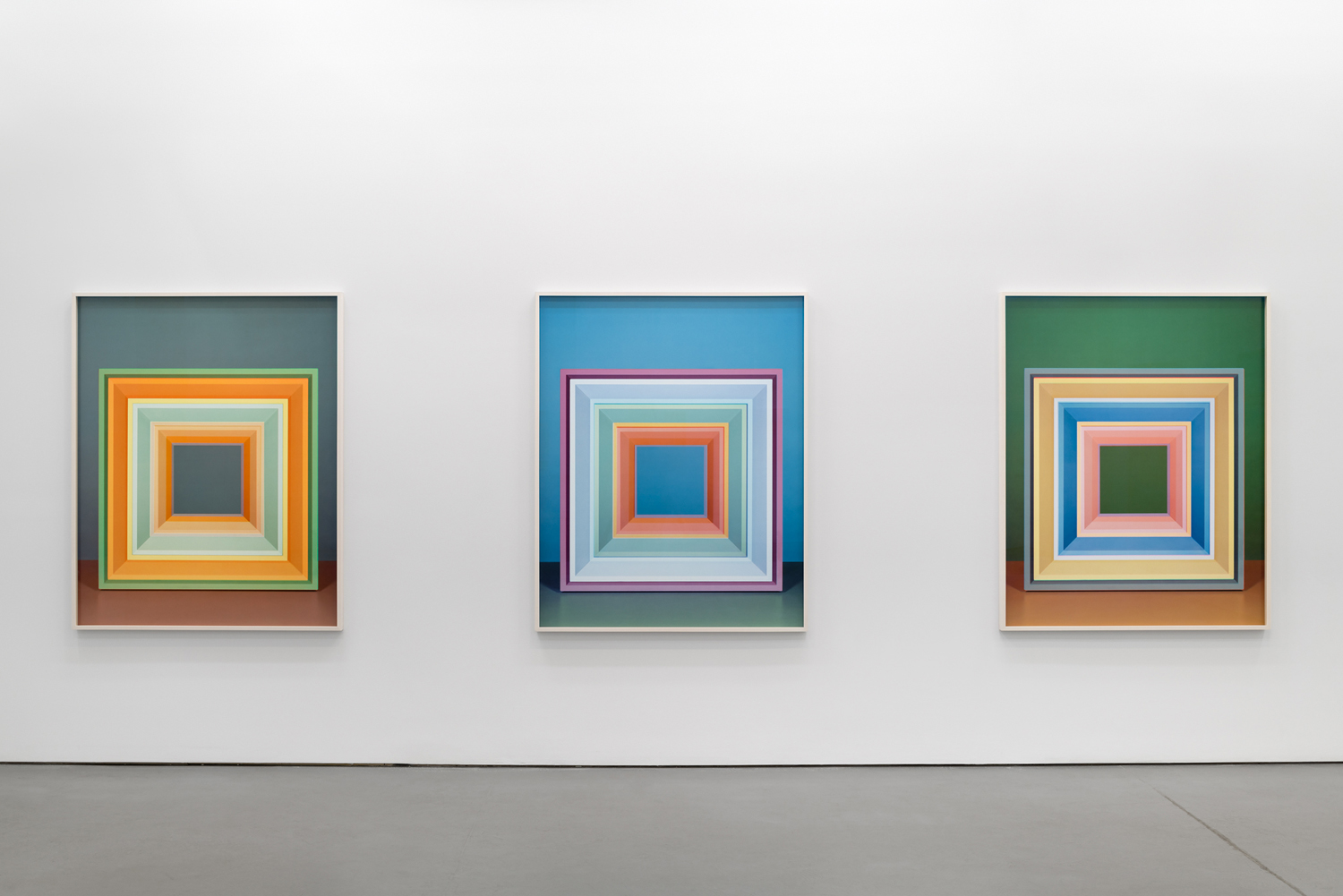 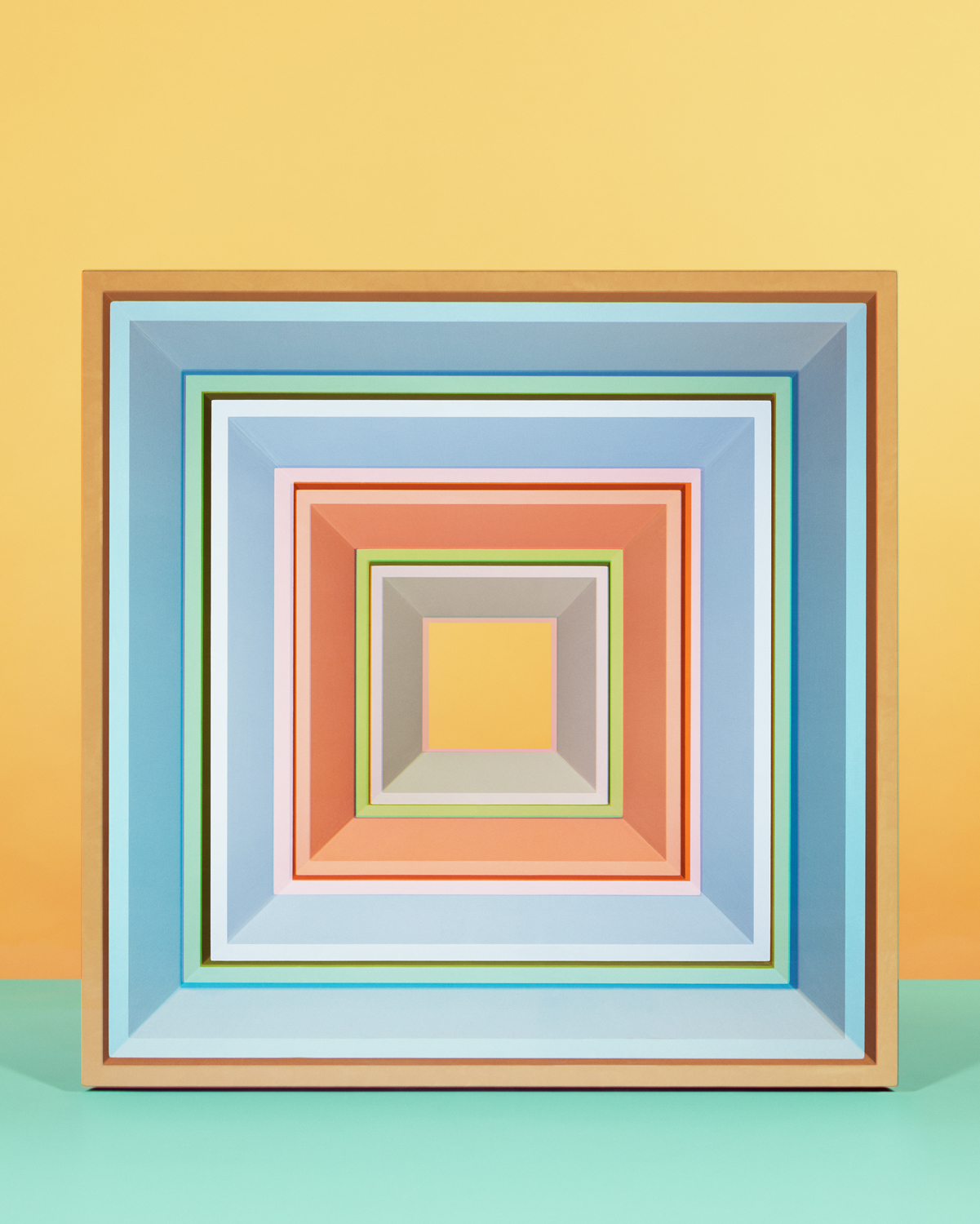 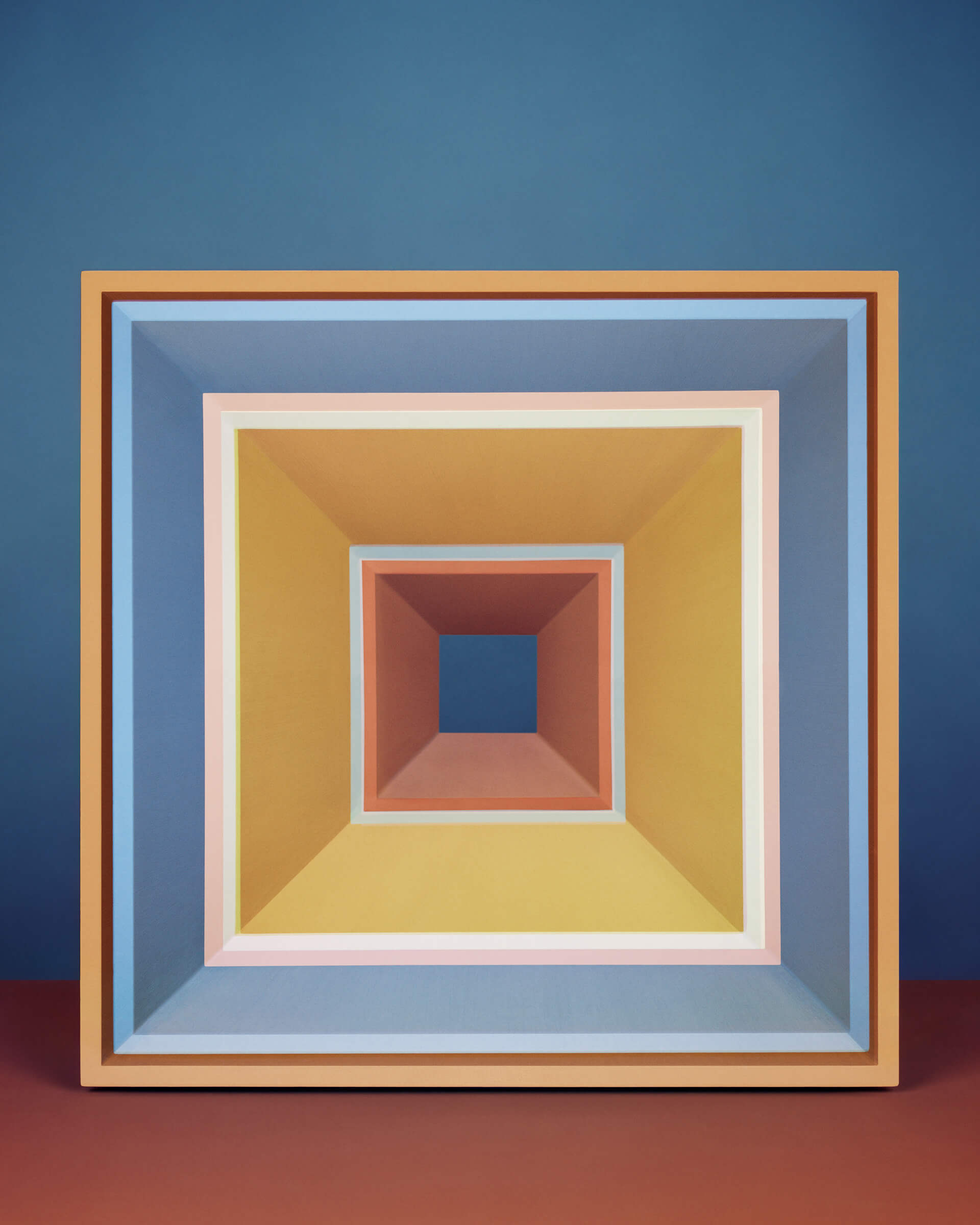 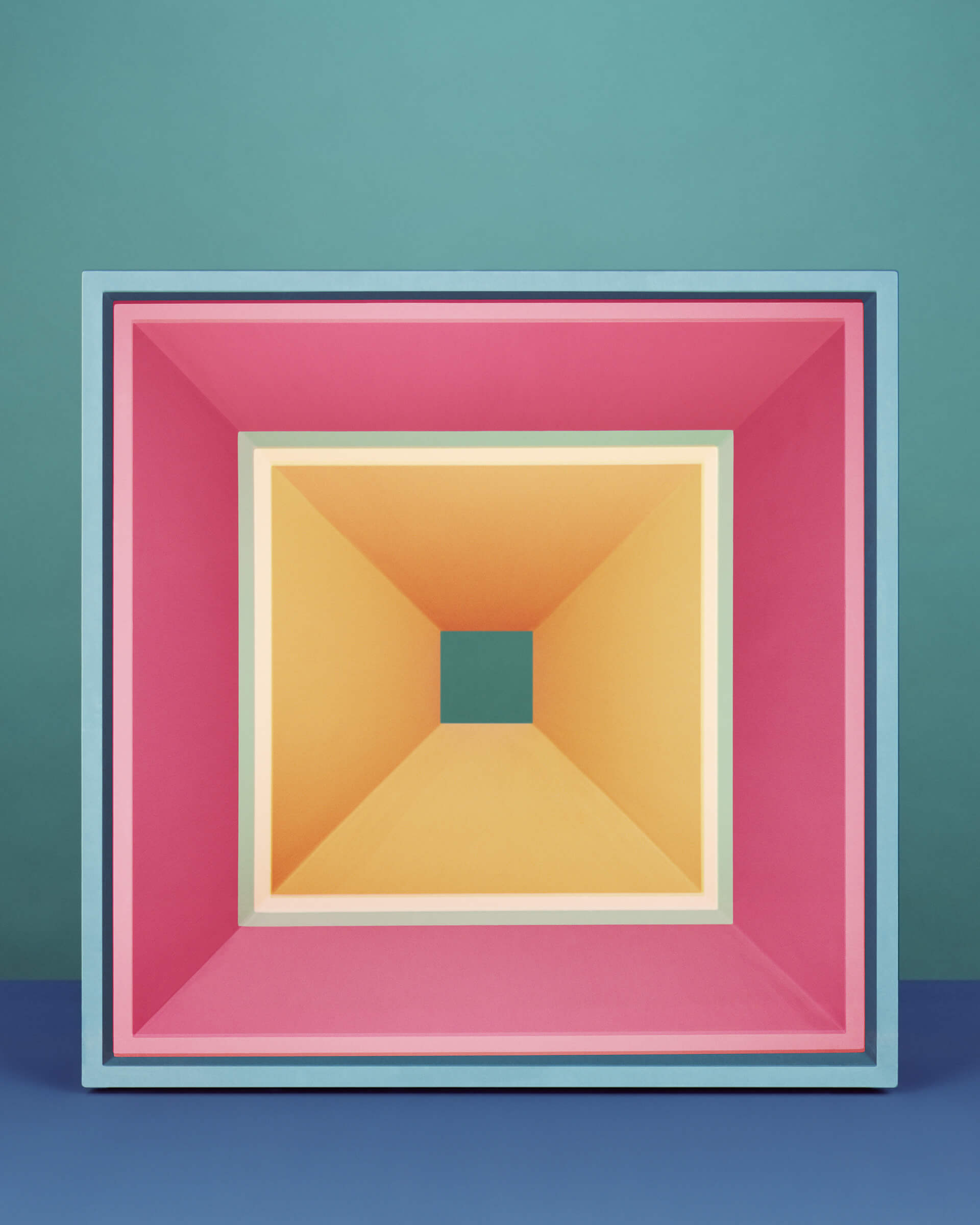 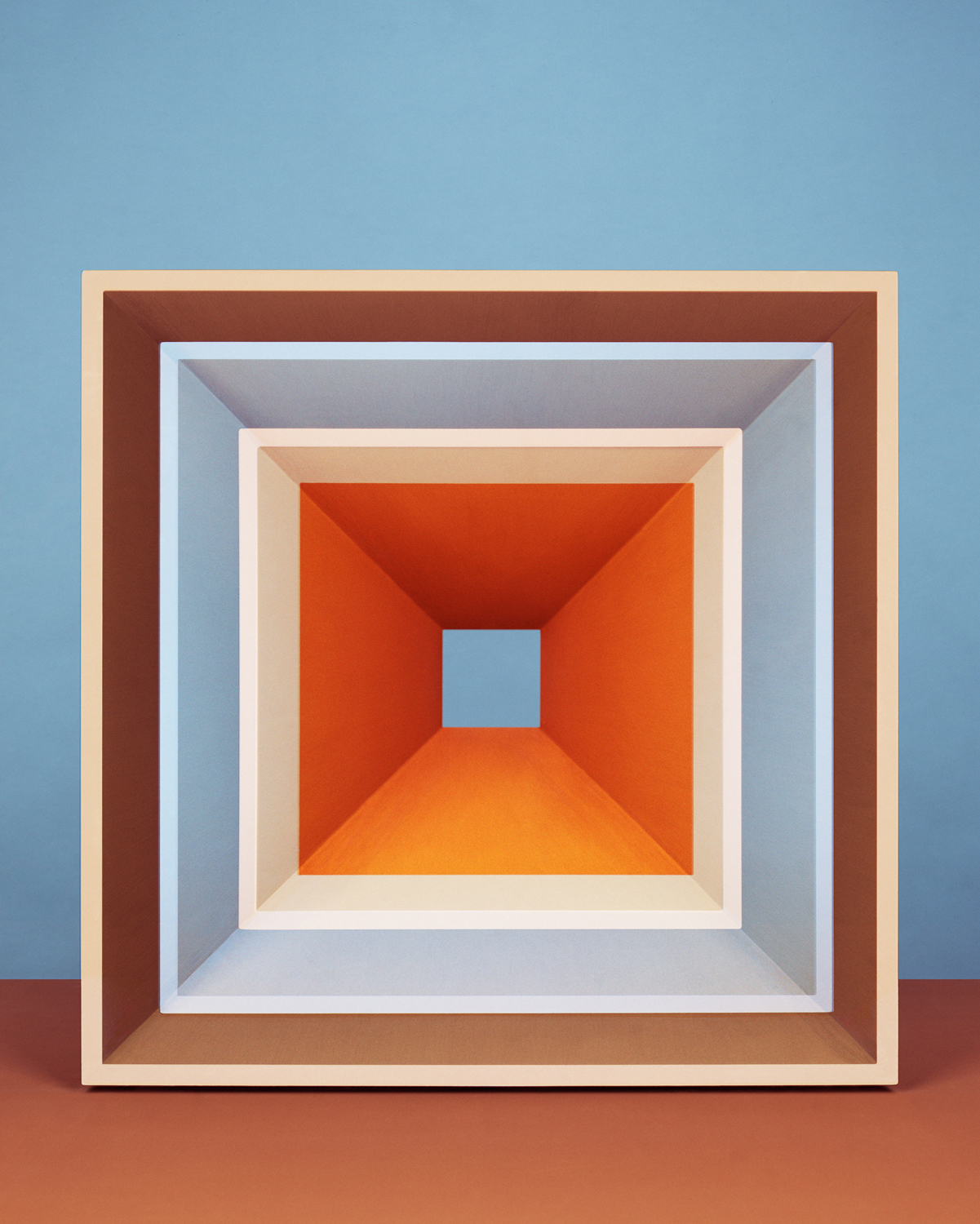 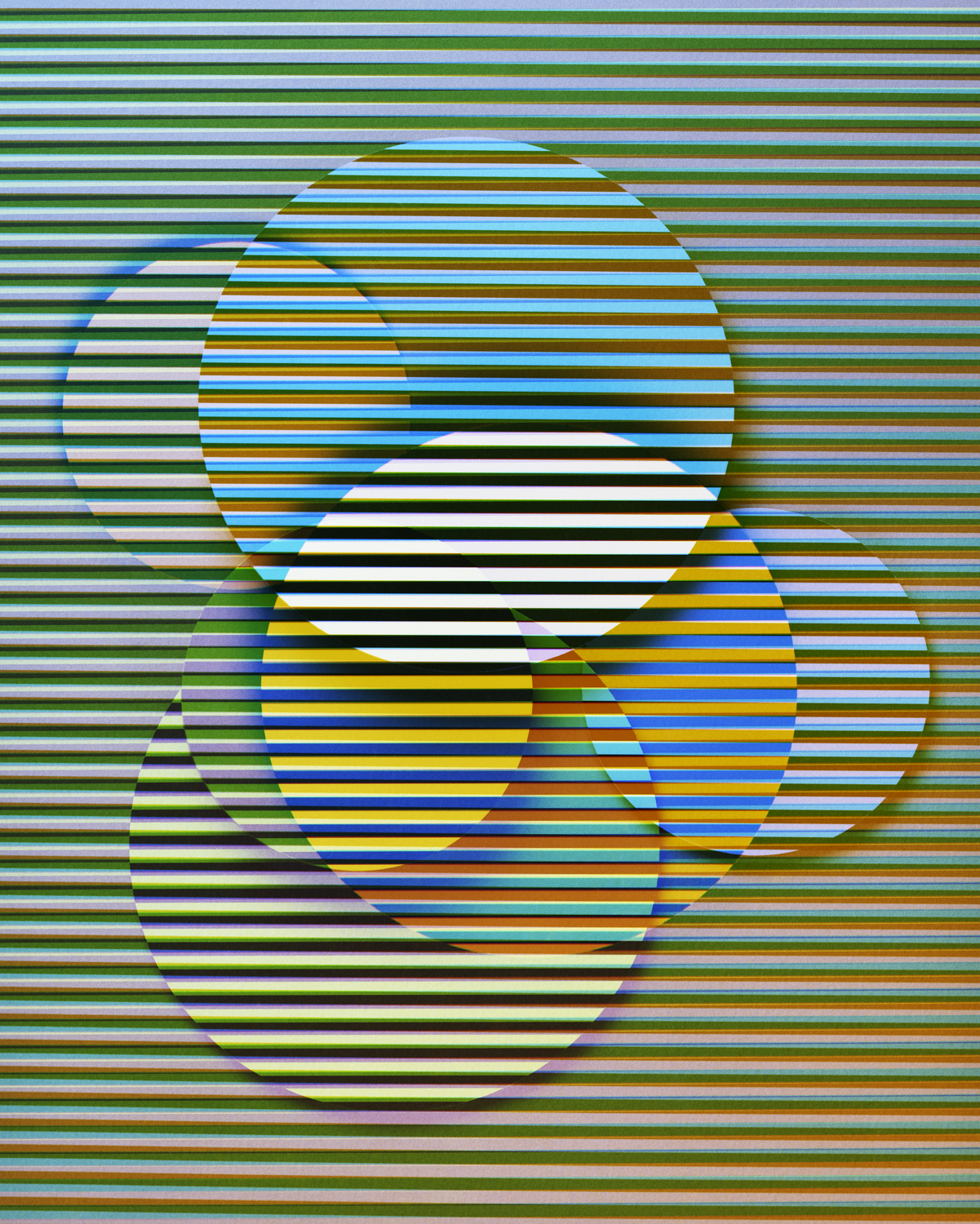 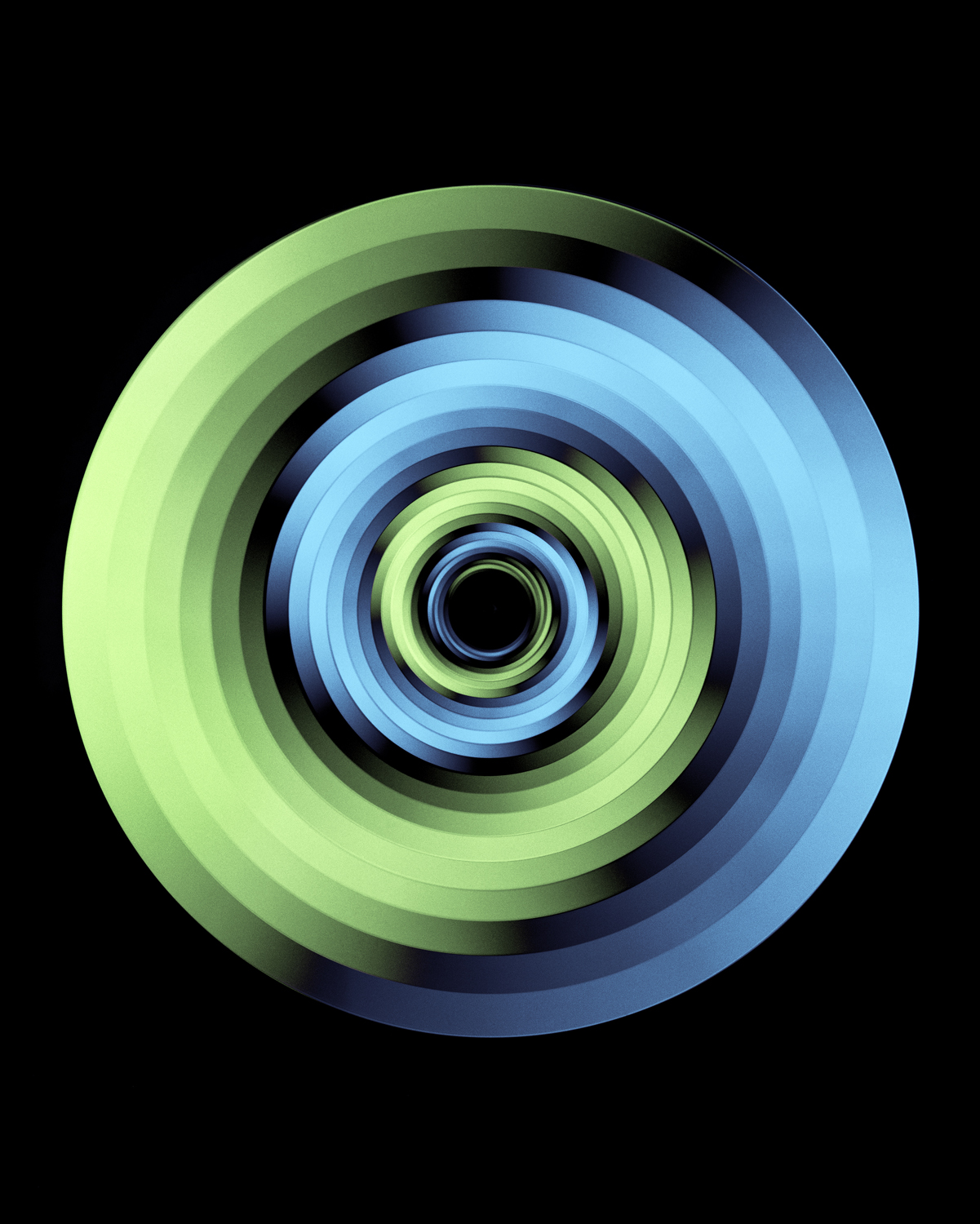 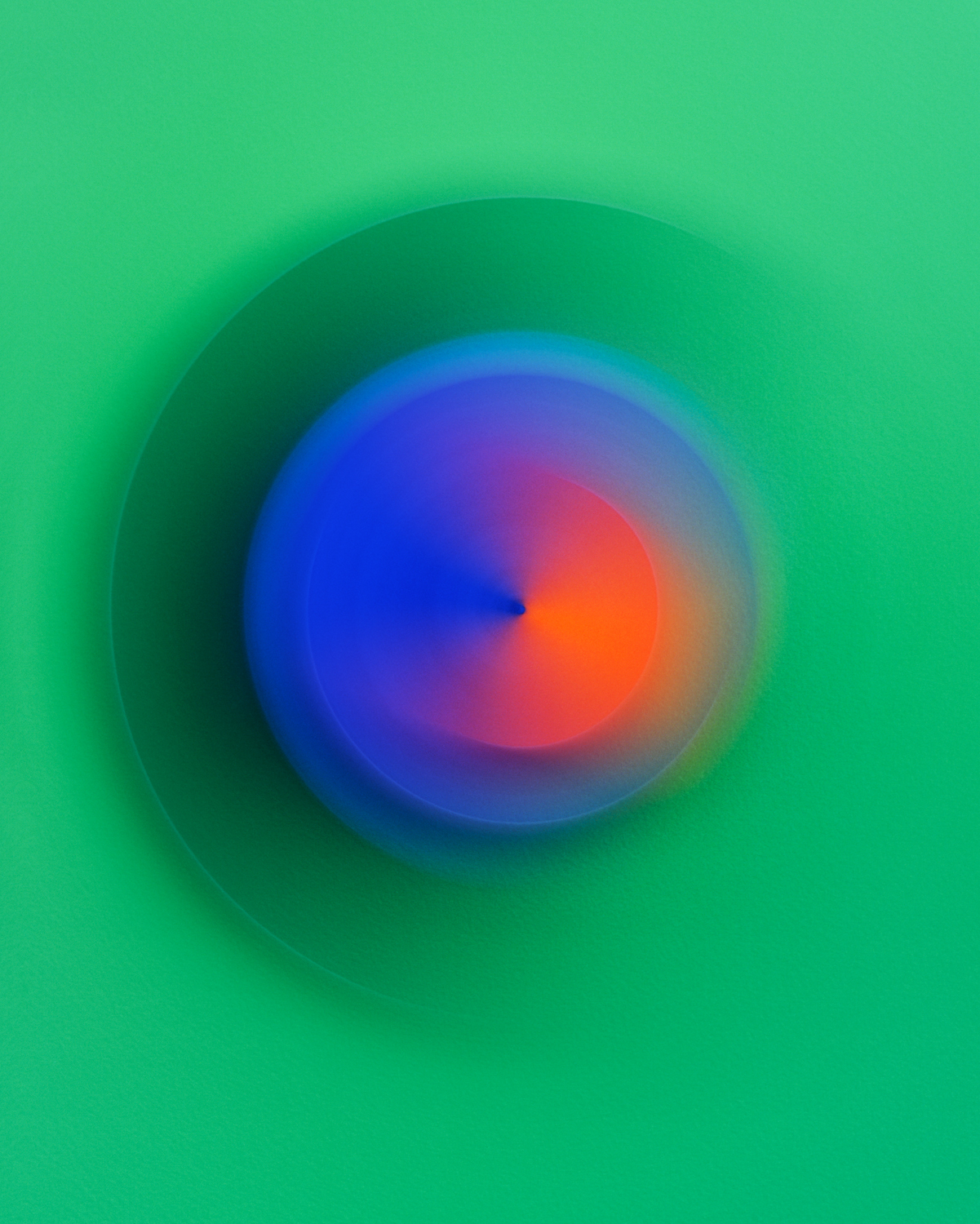 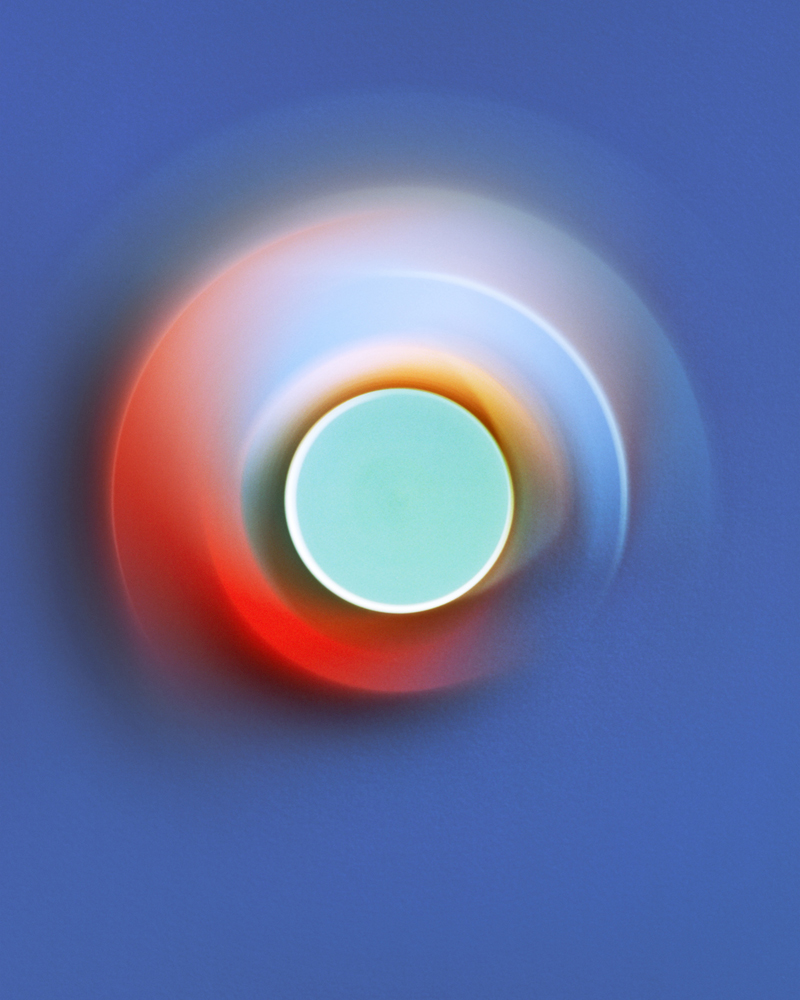 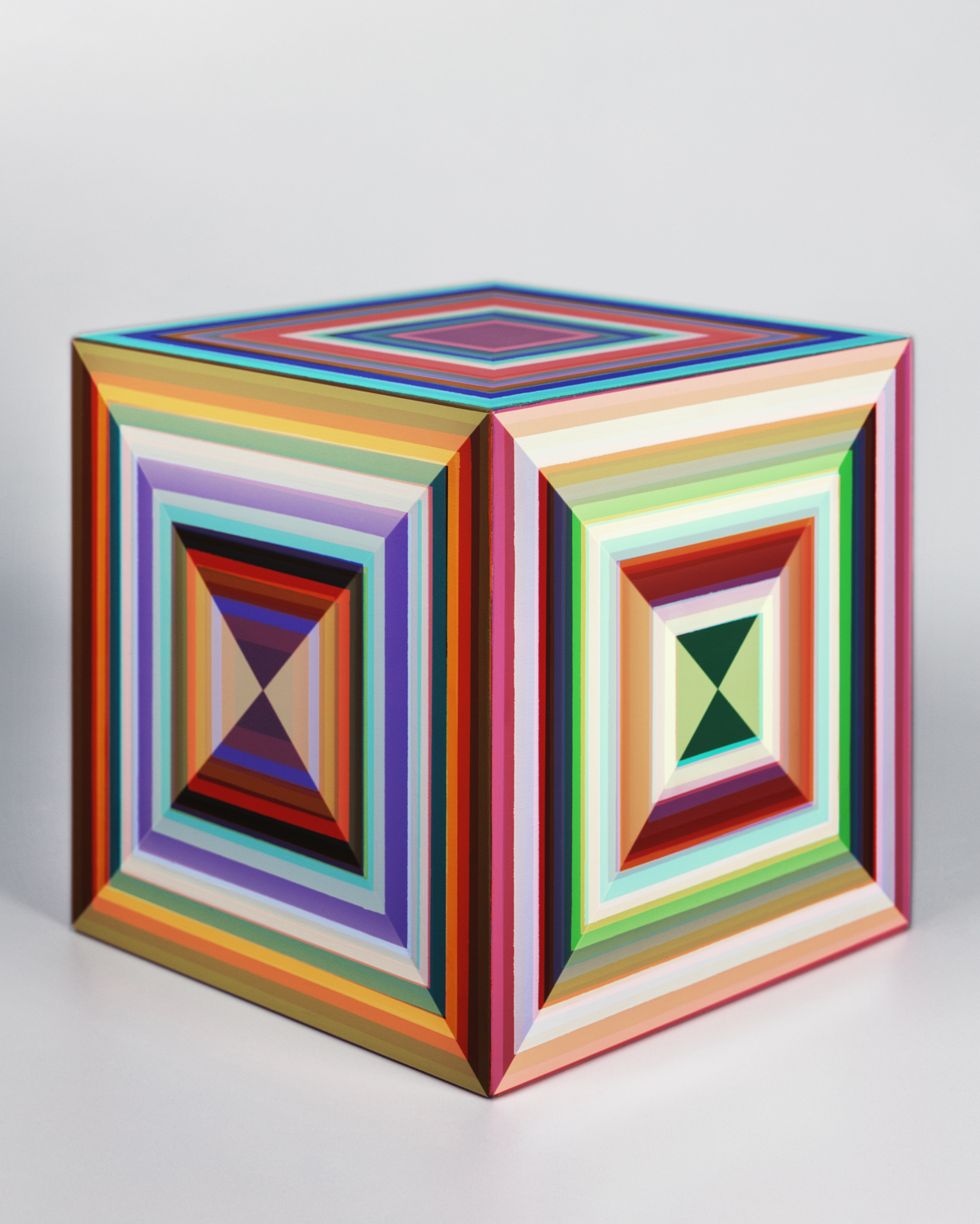 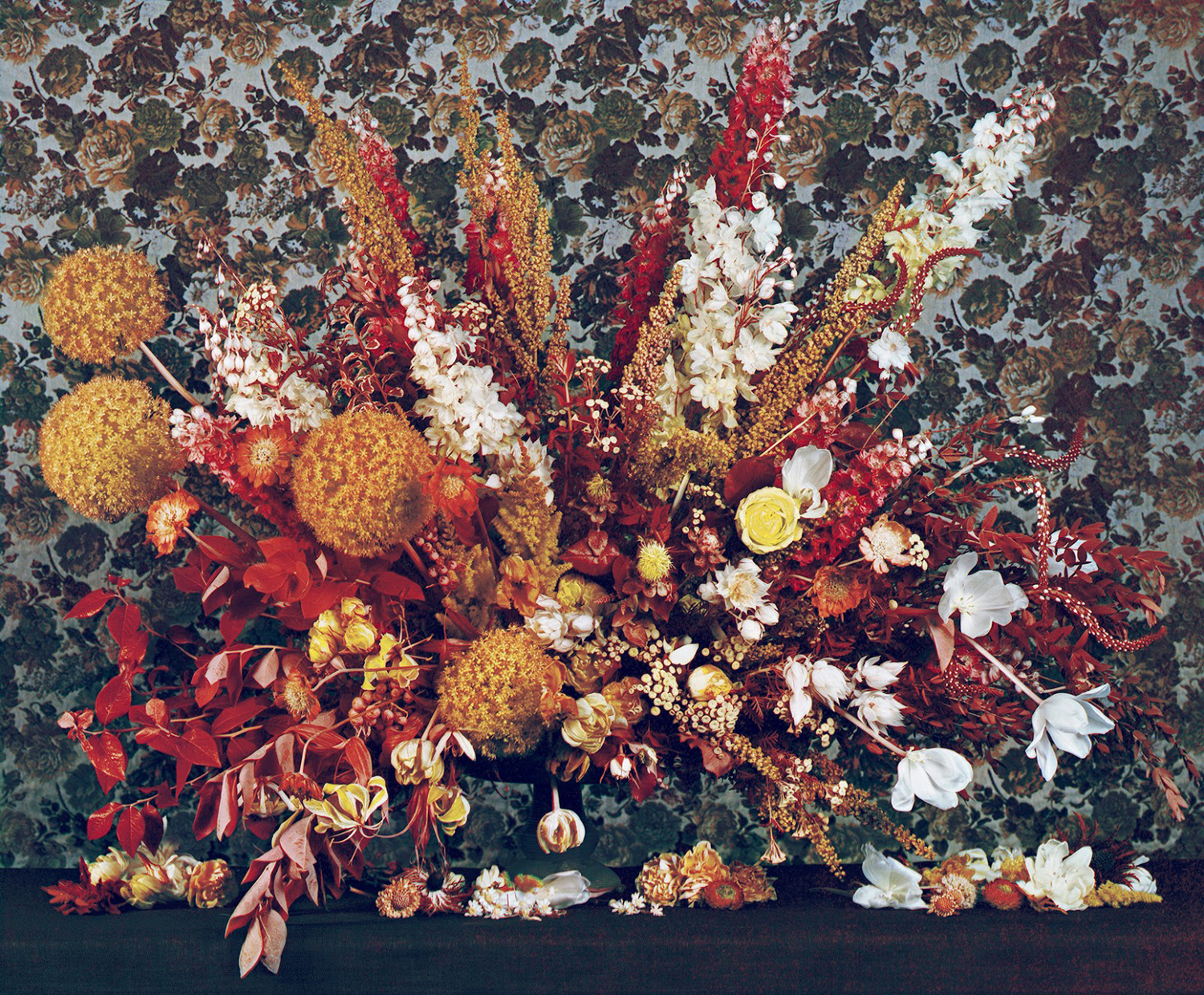 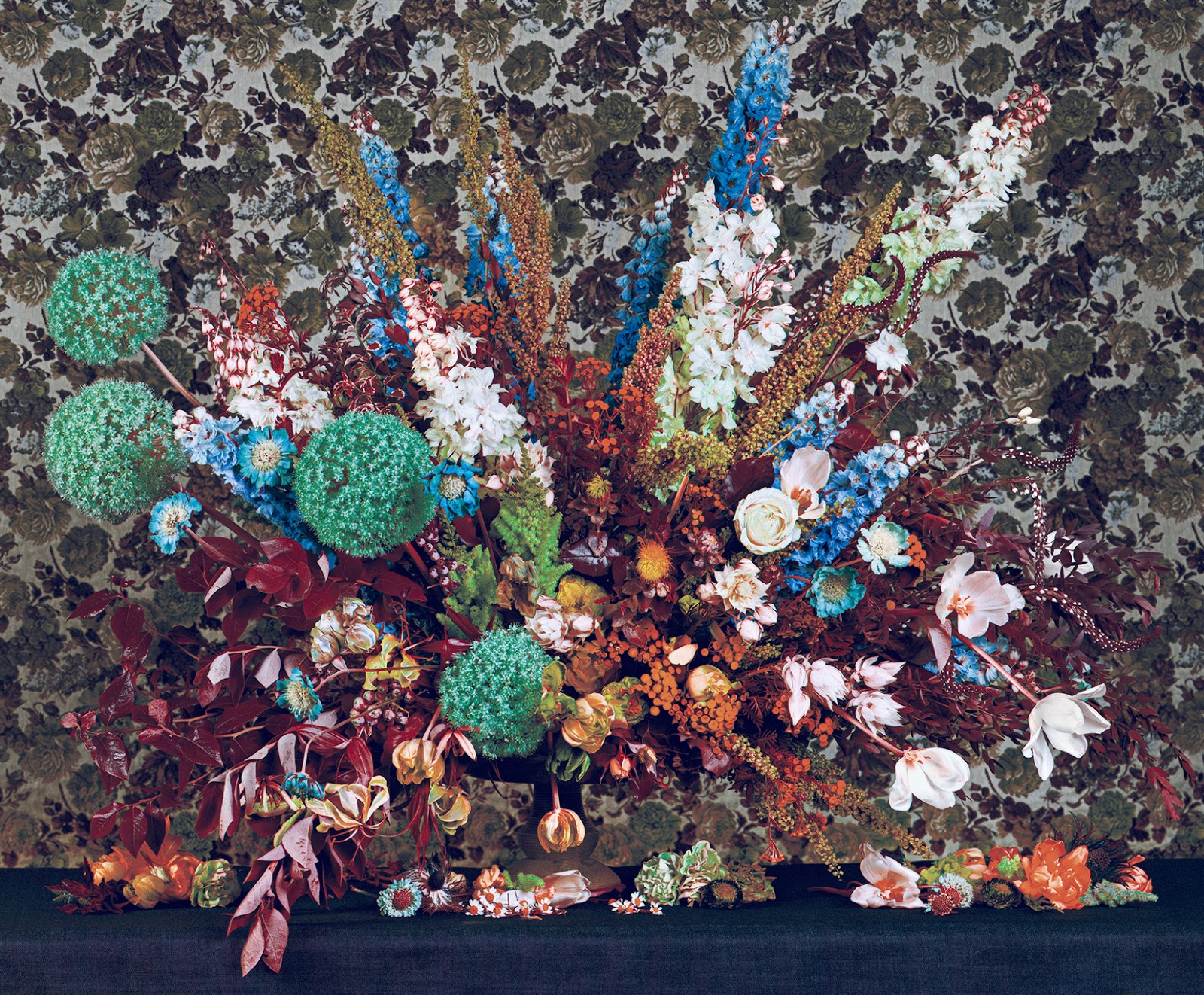 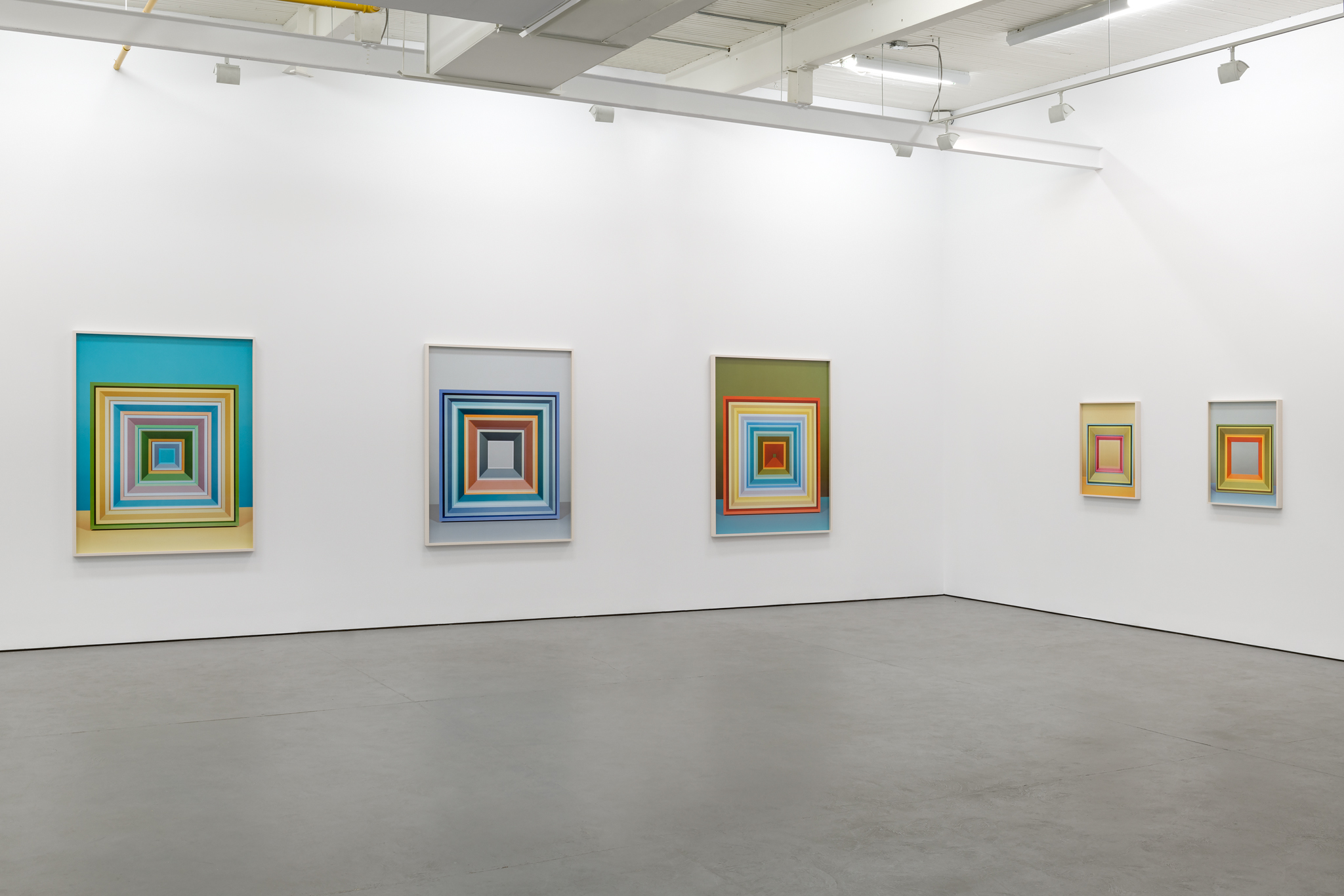 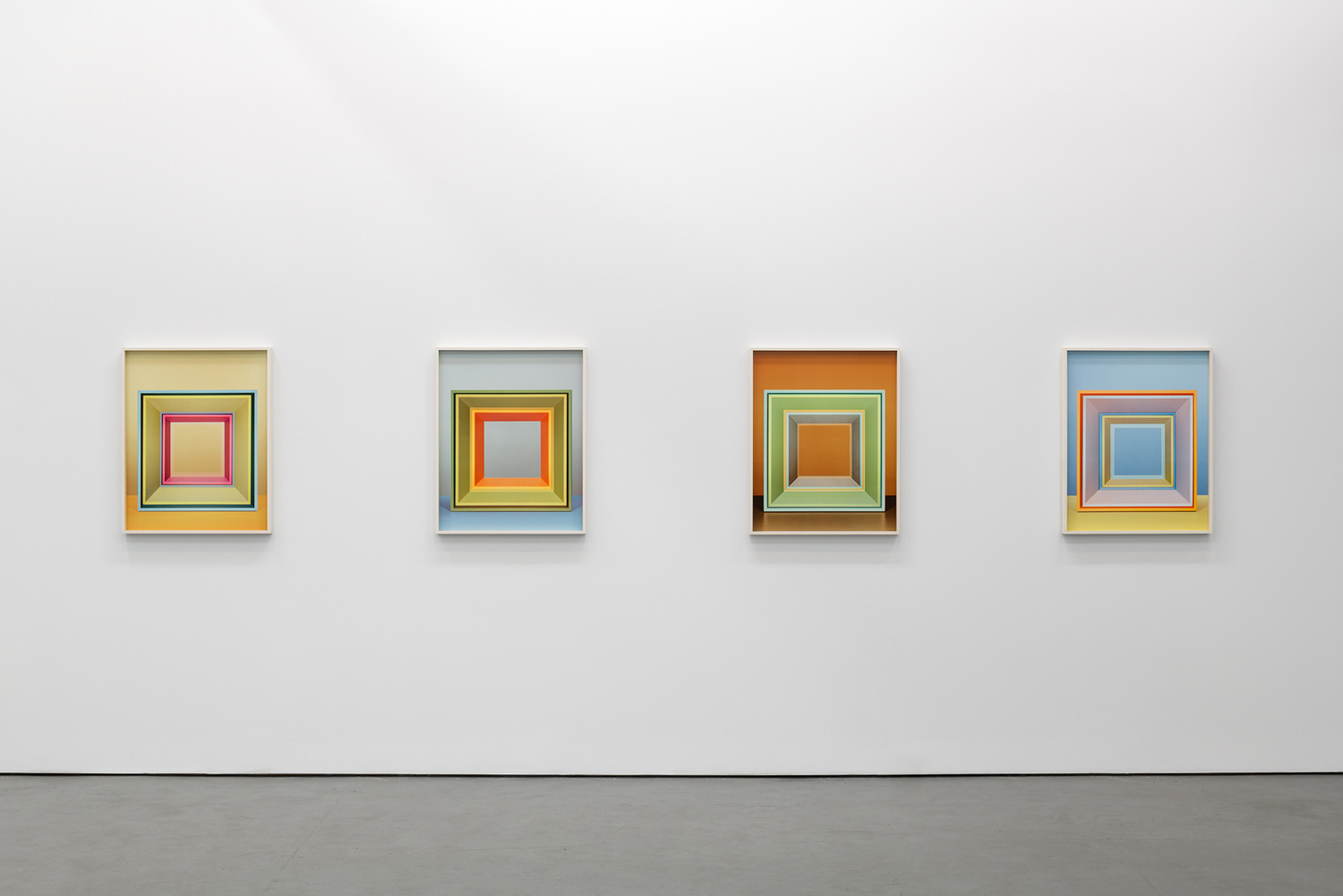 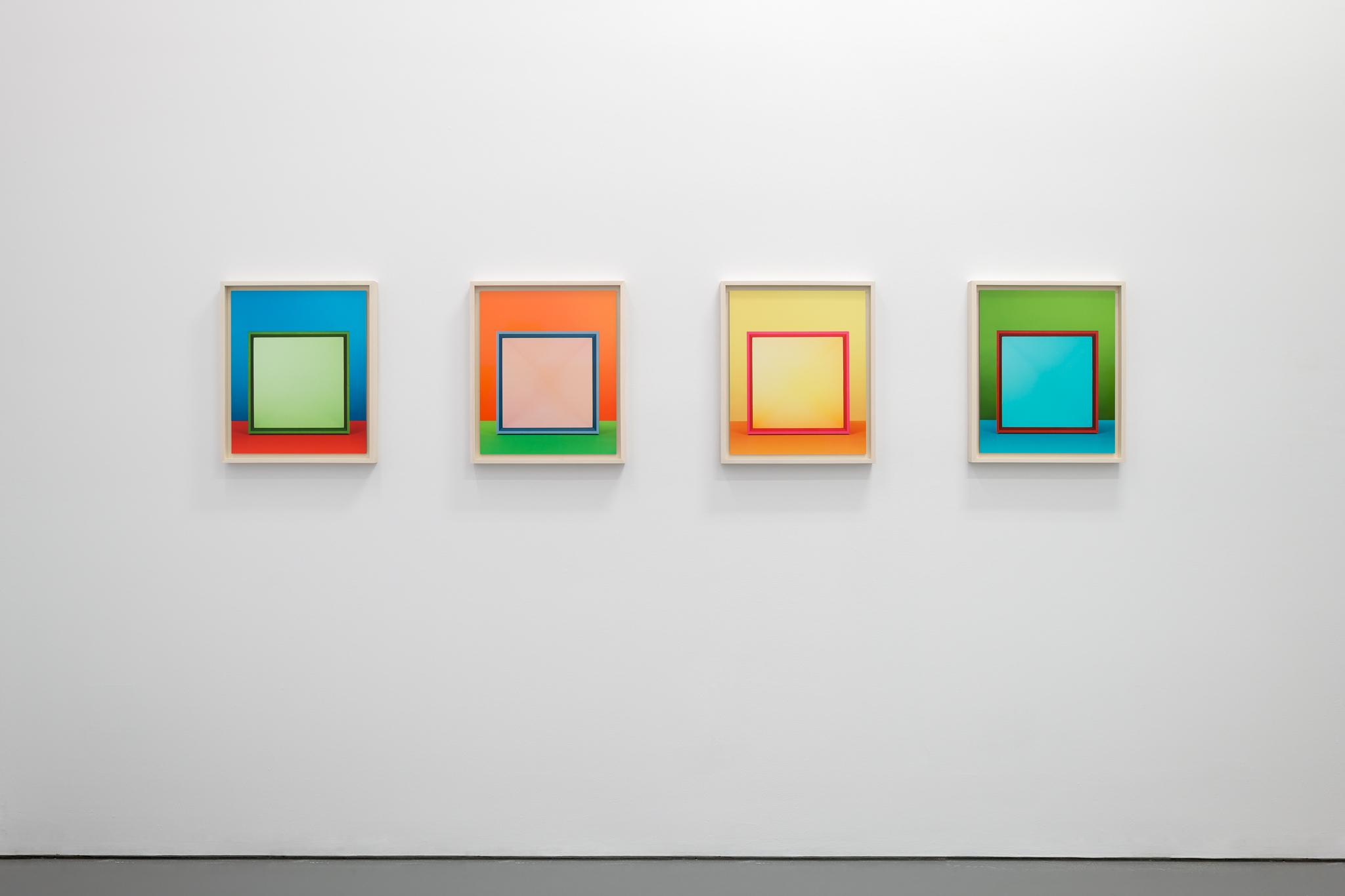 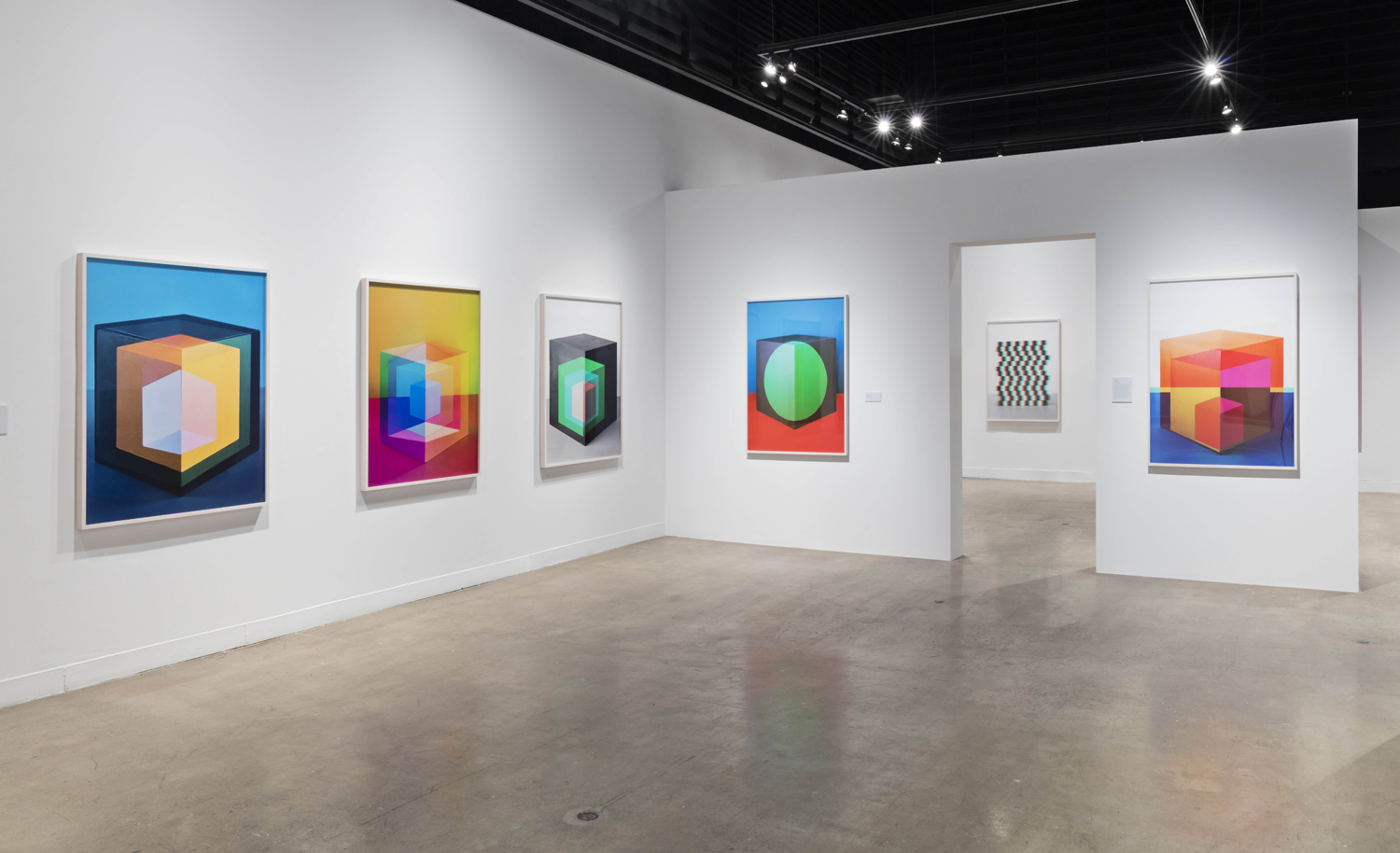 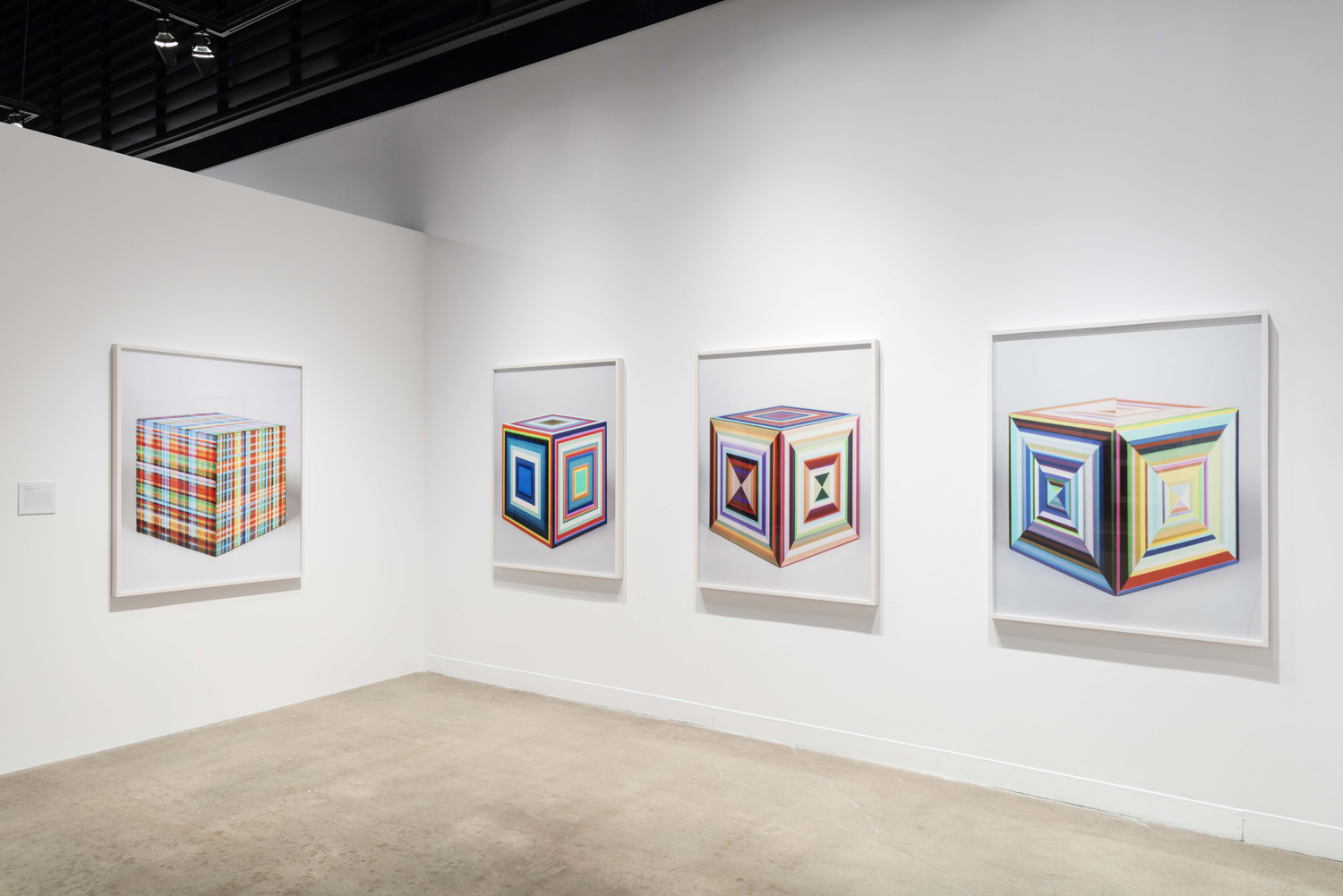 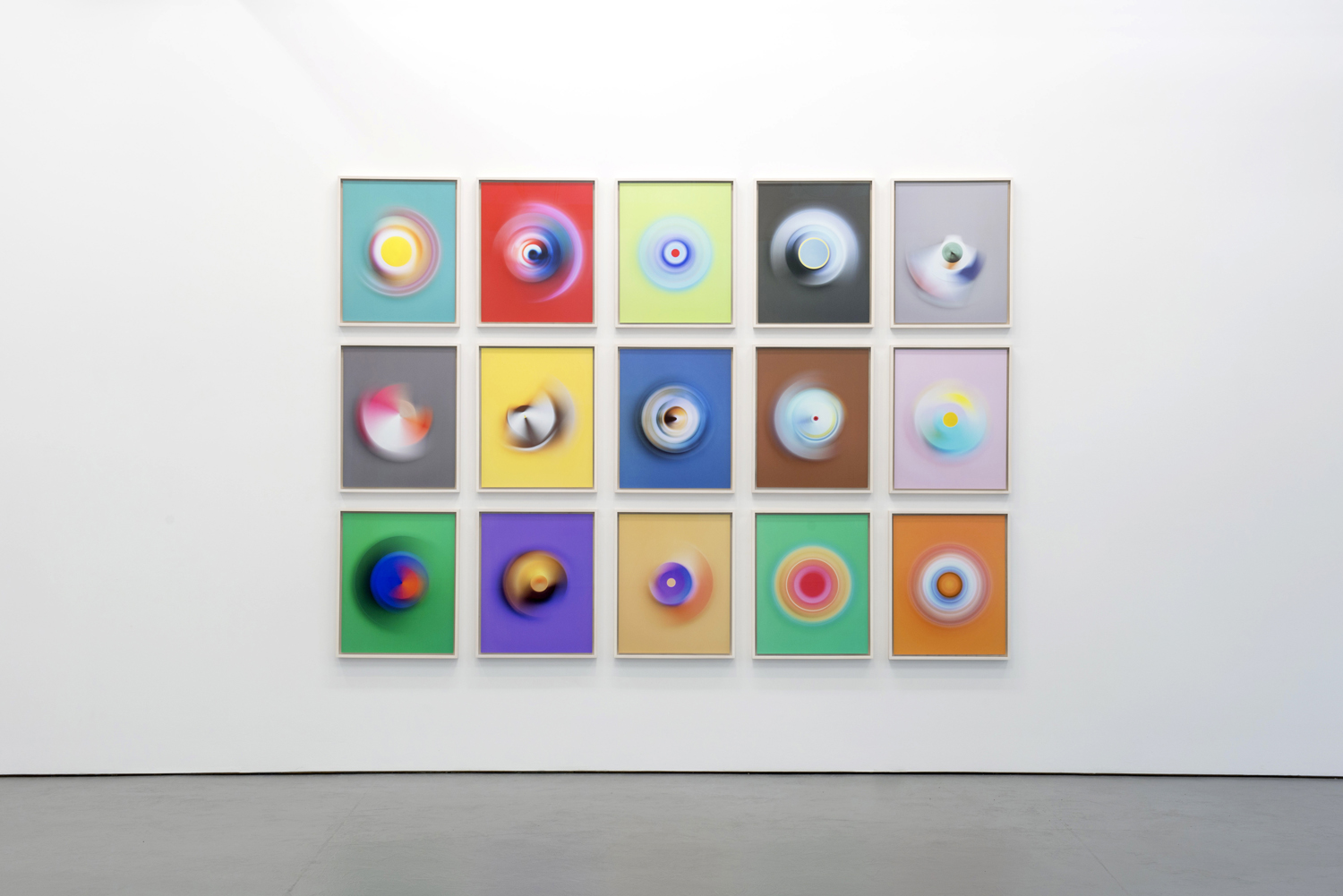 Born in Regina, Saskatchewan in 1977, Jessica Eaton currently lives and works in Montreal. Using a large format film camera, she has developed a complex and experimental approach to image making and her work considers the very nature of photography. Eaton came to international acclaim through her Cubes for Albers and LeWitt (commonly referred to by the acronym cfaal)—a series of vibrant photographs that deconstruct her studio practice. Like the majority of Eaton’s works, these optically charged images are made by taking multiple in-camera exposures of common studio supplies. Through her abundant use of traditional analog photography practices—such as colour-separation filtering and in-camera masking—Eaton imbues her large-format images with an aesthetic more reminiscent of the paintings and drawings of hard-edge geometric abstraction than the photographs of traditional studio work.

Jessica Eaton received her bachelor’s degree in Fine Arts from the Emily Carr University of Art + Design in Vancouver (Canada). Solo exhibitions include Wild Permutations at the Museum of Contemporary Art in Cleveland (USA); Flash: Jessica Eaton at the California Museum of Photography (USA); and Ad Infinitum at The Photographers’ Gallery in London (UK). Eaton has been featured in numerous group exhibitions, including Under Construction – New Positions in American Photography at the Foam Fotografiemuseum in Amsterdam (Netherlands); Process and Abstraction at the Cleveland Museum of Art’s Transformer Station (USA); Color Acting: Abstraction Since 1950 at the Museum of Fine Arts in St. Petersburg (USA); Québec Triennial at the Musée d’art contemporain de Montréal (Canada); Photography is Magic at the Daegu Photography Biennale (South Korea); and Phantasmagoria at Presentation House Gallery in Vancouver (Canada). Eaton was nominated in 2016 for the prestigious Sobey Art Award. In 2015, Eaton was selected by the Capture Photography Festival to create a major public art commission for the city of Vancouver. Notable press includes The New York Times, The New Yorker, Art in America, ARTnews (cover) and The Guardian. Her work can be found in the public collections of the National Gallery of Canada and the Musée d’art contemporain de Montréal (Canada), among others.

Jessica Eaton - That is Picture, video by Clark Ferguson